Michael Jordan and His NBA Heirs: The 10 Most 'Like Mike' Players In The League 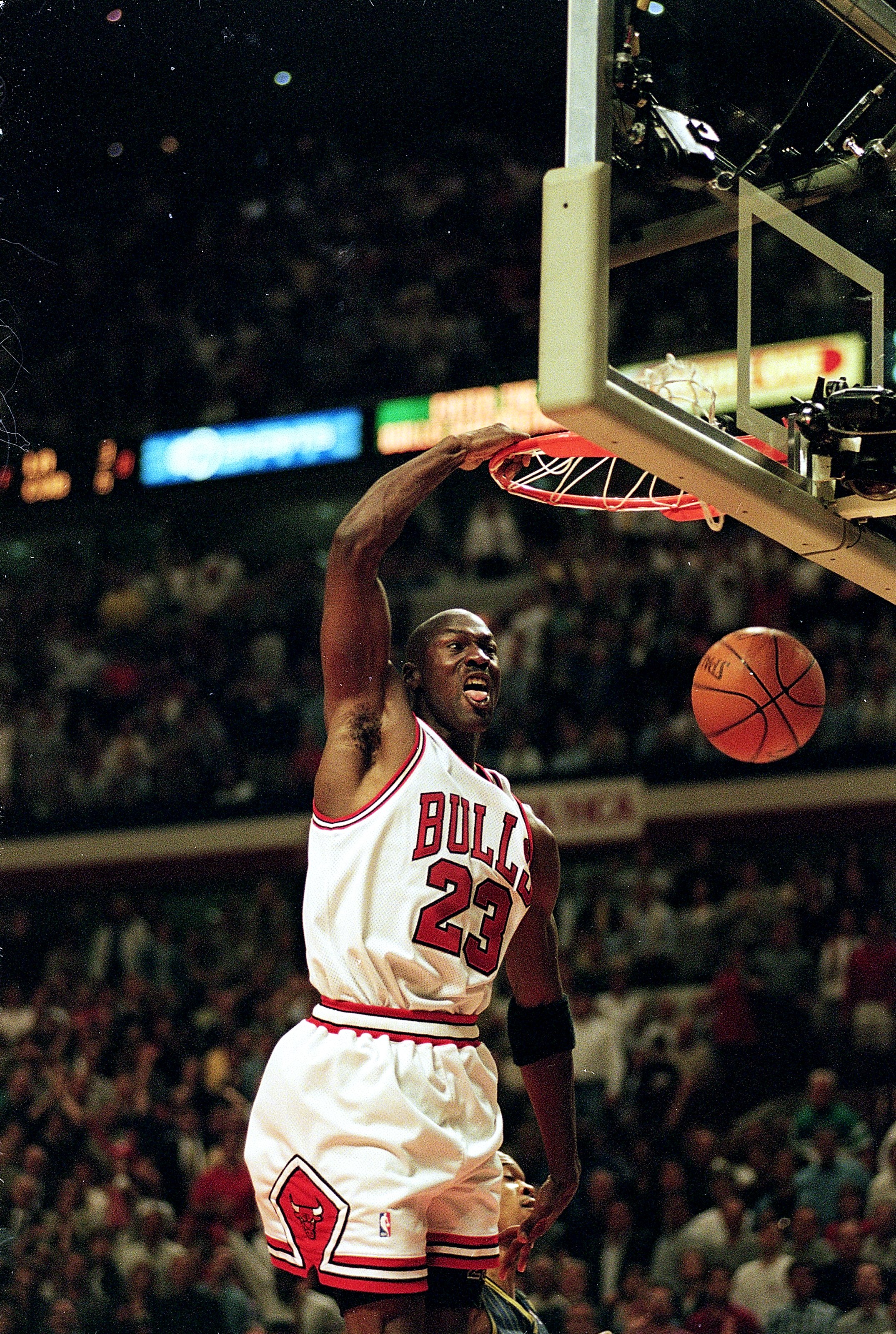 Michael "Air" Jordan.  Number 23.  He's become the standard bearer of sorts as his name has become synonymous with greatness.  Since he retired in 1998, basketball fans have searched far and wide, waiting to see someone to match his flare, his style, and his dominance.  Even Michael Jordan himself couldn't live up to the standards he'd set, only showing flashes of his former self with the Wizards and failing to make the playoffs.  Never the less, we continue to search for the next Michael Jordan.  And while there probably will never be another quite like Mike, here is a list of the top ten players today who remind us most of his airness.

10: Rudy Gay Of The Memphis Grizzlies 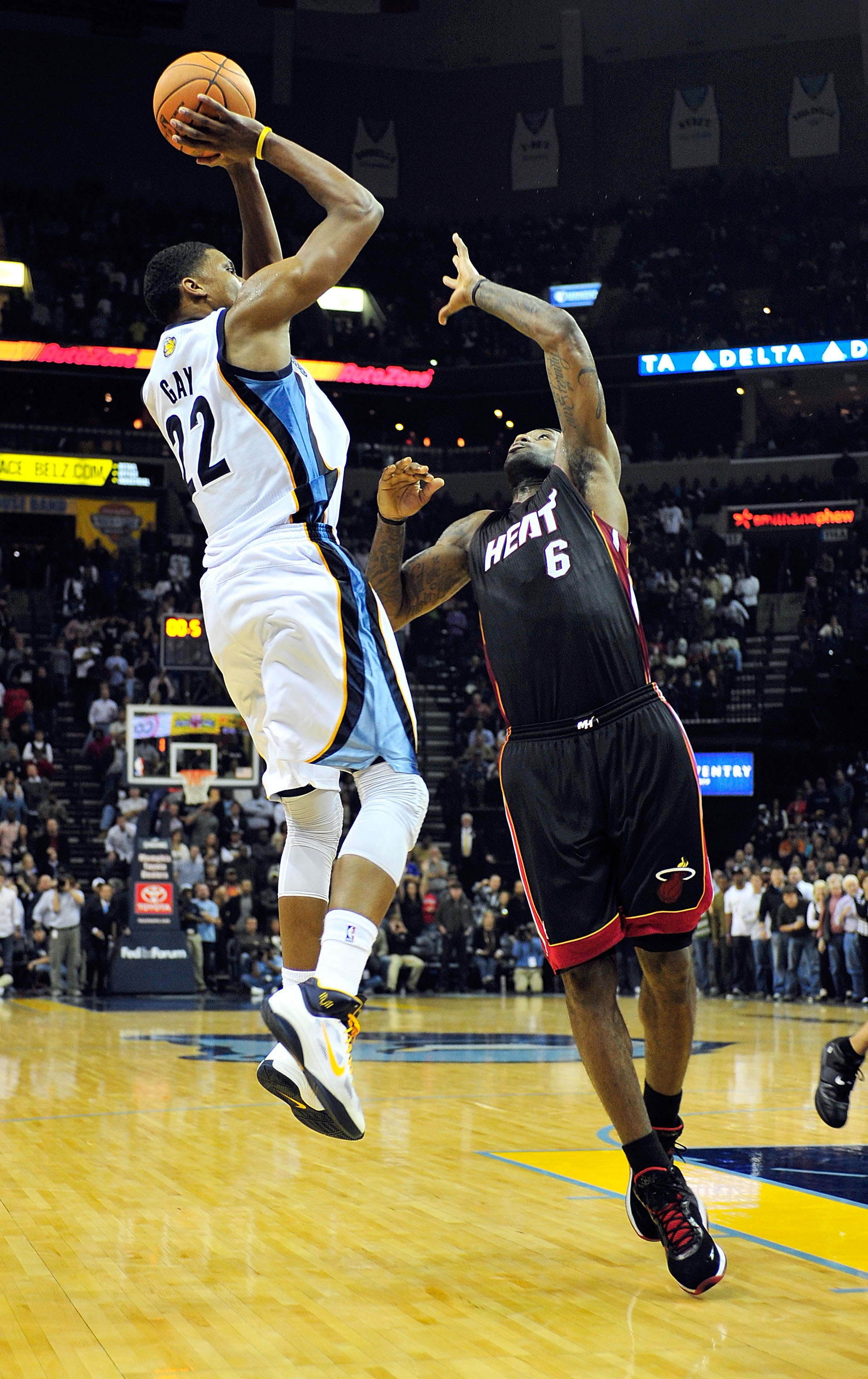 After a winning a gold medal in the world championships and signing a new max contract, Rudy Gay has taken a giant leap forward in terms of the maturity of his game.  Having already possessed Jordan like athleticism, Rudy has now added a reliable midrange pull up jumper to his arsenal.  Averaging a career high 21.5 ppg and shooting 48% from the field, Rudy is confident enough to use that pullup (the same pull up we saw Jordan win so many games with) at the end of games as well, as we see his game winner on Lebron James and the Miami Heat. 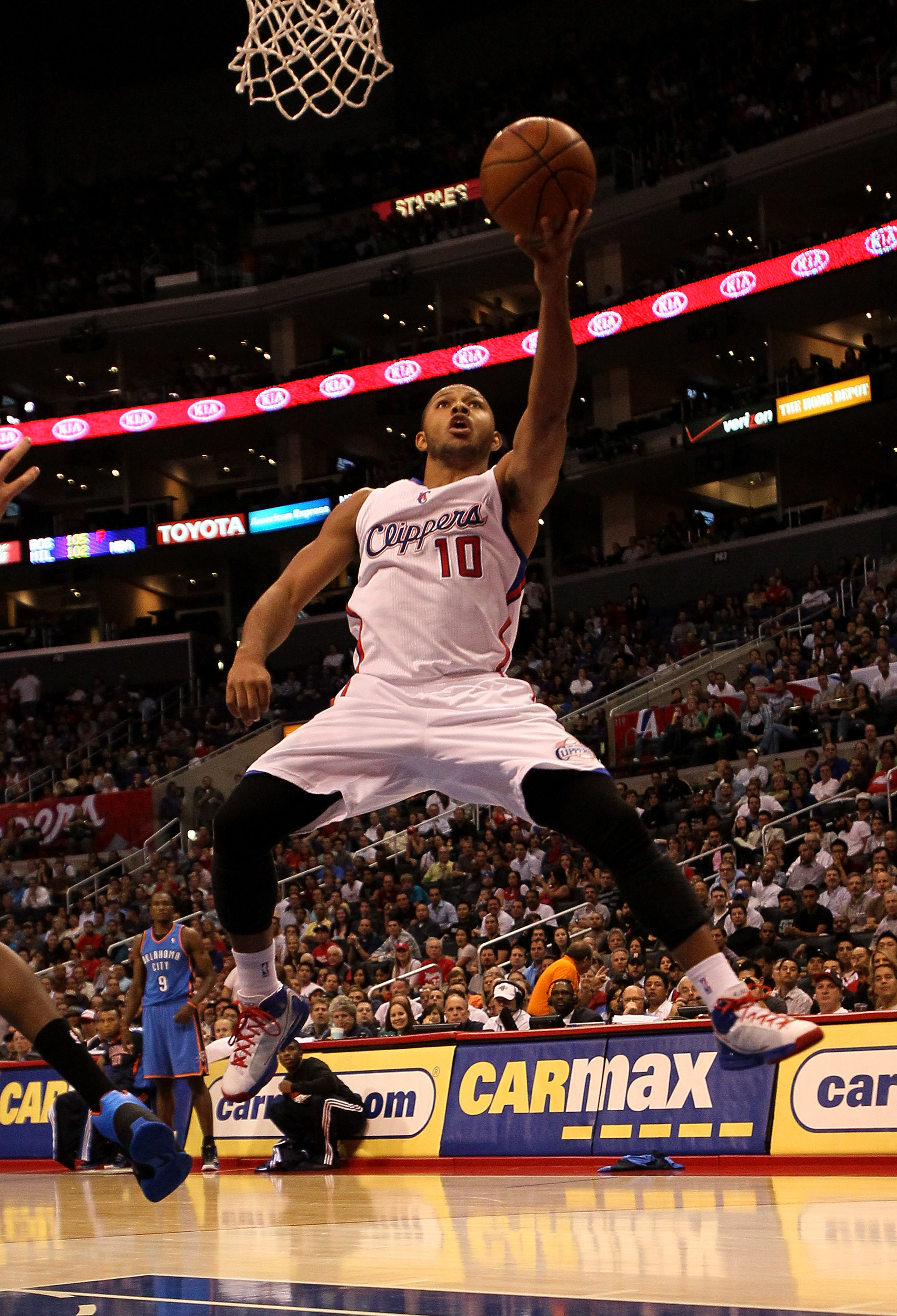 While he may not possess the same springboard hops as some of the other players on this list, Gordon has shown a completeness to his game and an innate playmaking ability on what is a tremendously talented, albeit young, Clippers roster.  A confident shooter, an ability to go left and right, and an increasingly improving court vision all give him a solid spot on this list.  Averaging 24.3 ppg, 3.3 rebounds, and 4.5 assists, all at the ripe old age of 21, Eric Gordon is yet another Olympian who's shown a significant growth and leadership on the court after winning a gold medal. 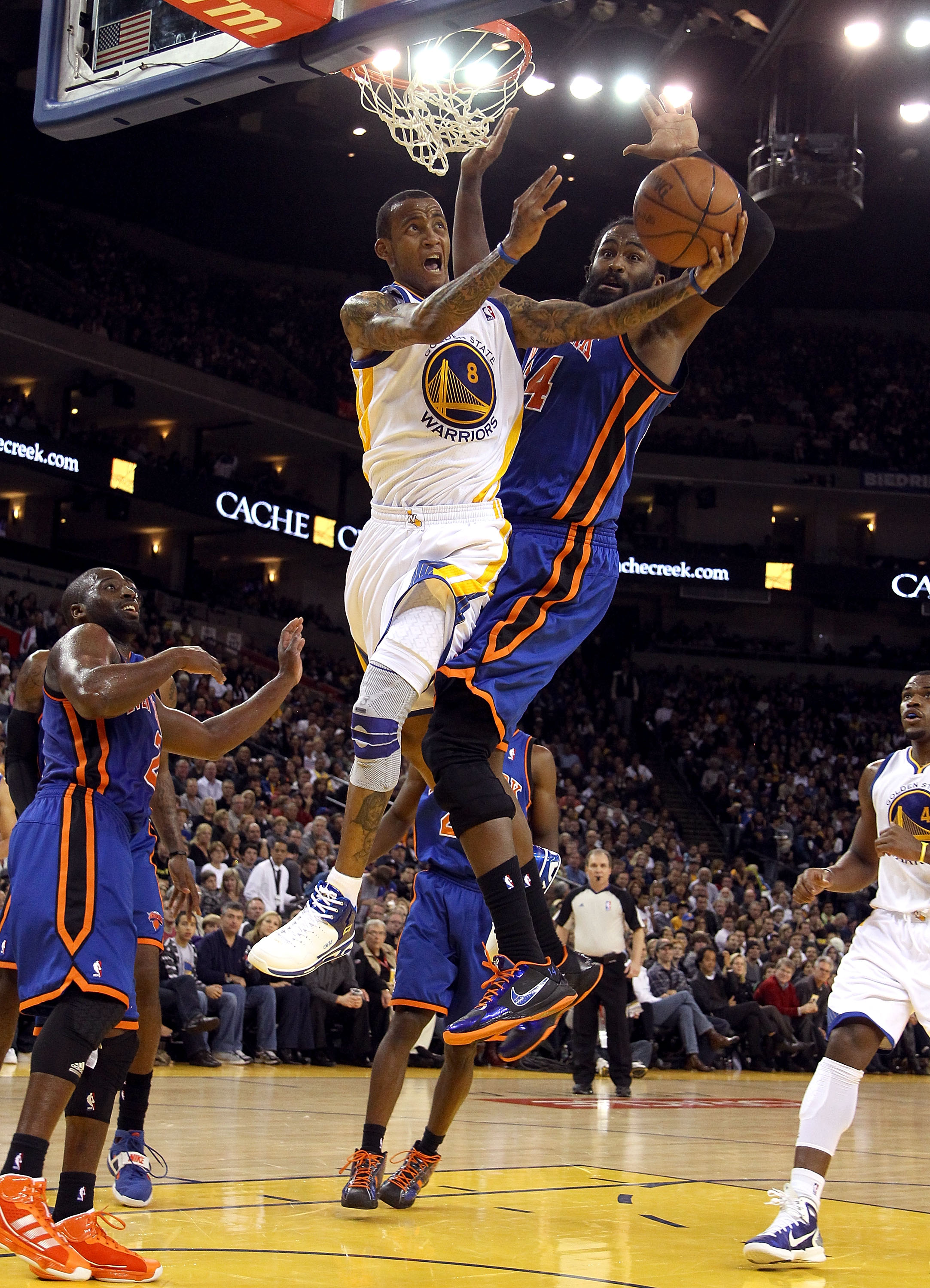 After almost being traded to the Memphis Grizzlies for OJ Mayo, Monta Ellis is having the most productive season of his career.  At only 6'3, he has tremendous athleticism and seems more comfortable at the 2 guard position, having moved from the 1 to accommodate teammate Stephon Curry.  He's averaging 25.2 ppg, 4.9 assists, and 2.4 steals shooting nearly 49%.

7: Carmelo Anthony Of The Denver Nuggets? 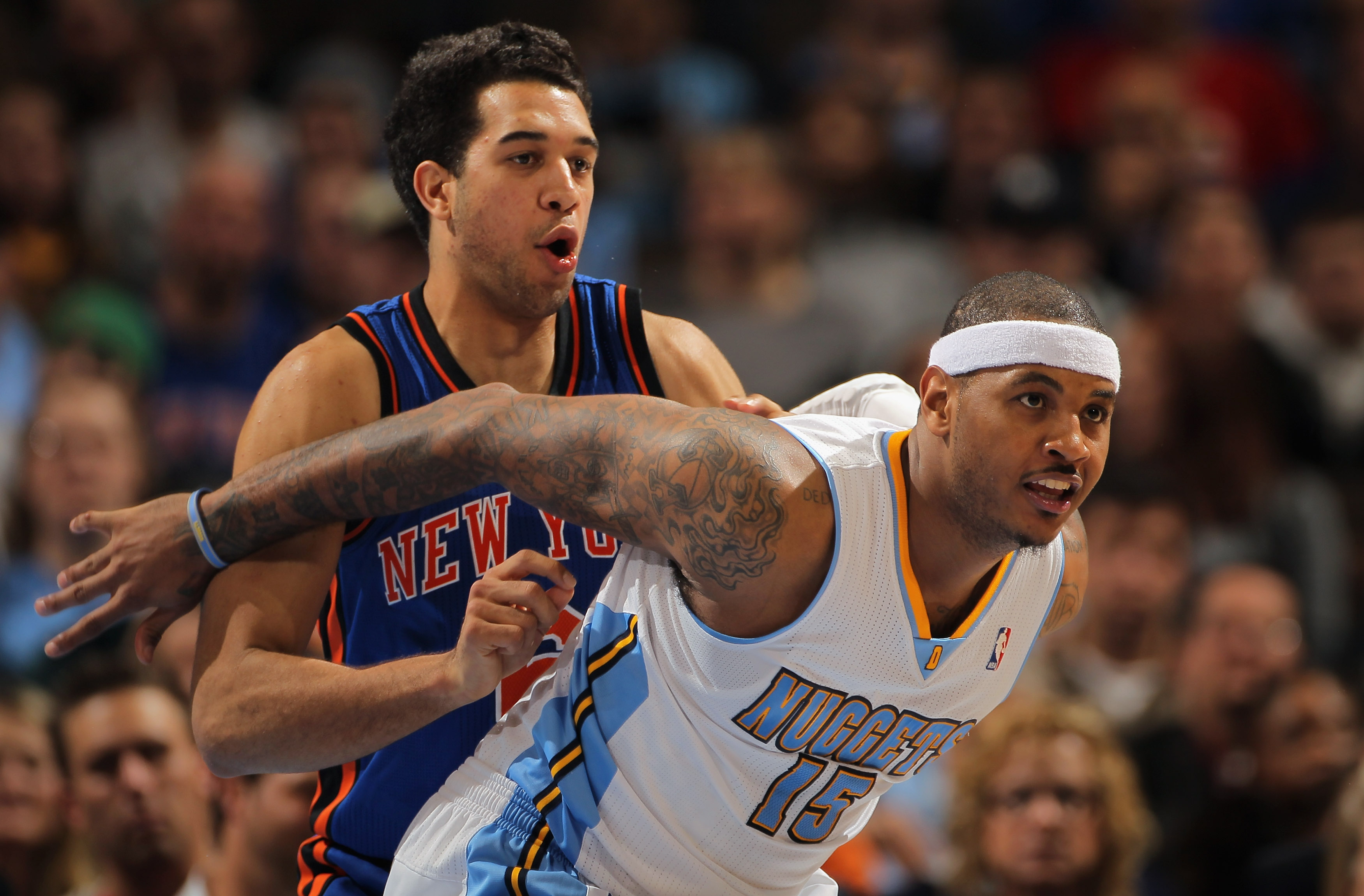 Though he may very well be playing for another team after December 15th, Carmelo remains one of the most sought after players in the league.  Though more of a true small forward than a 2, Anthony is a potent scorer with a deadly midrange as well as back to the basket game.  His pullup shot is stellar and his moves from the triple threat position rival that of Jordan's.  Averaging 23 ppg, 8 rebounds, and 3.4 assists, Carmelo's numbers are sure to rise after he settles into the Knicks roster, er, um, I mean, after he settles his contract situation with his team. 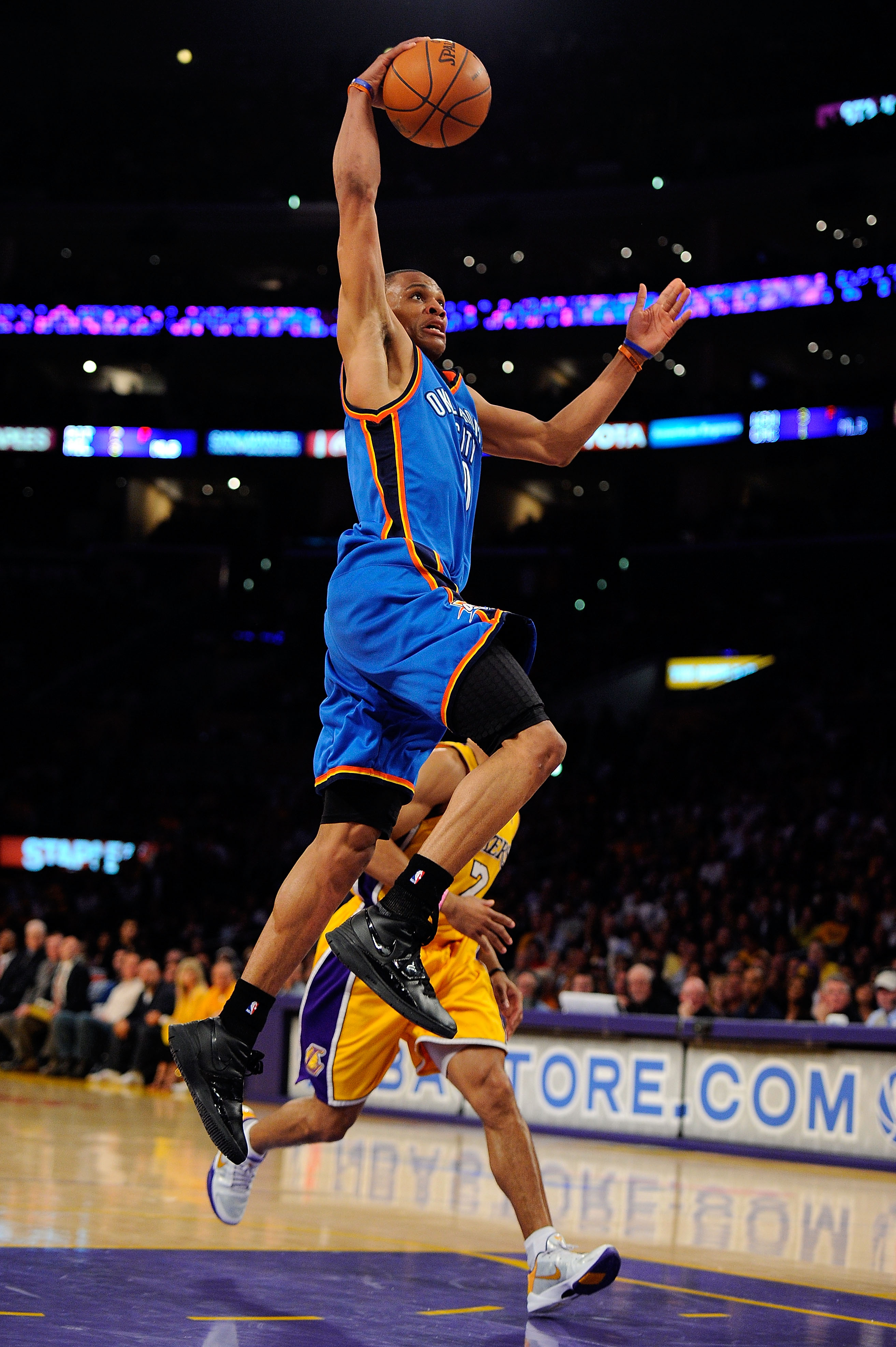 Though he plays the point guard position, Russell Westbrook at 6'3 is one of the most athletic players in the NBA.  With blinding speed, he dribble drives through defenses night in and night out and has made posters out of several 7 footers.  Averaging 23.7 ppg, 8.6 assists, and 2.2 steals, Russell has emerged as one of the top point guards in the league for the up and coming Thunder.  It's no coincidence he is also a recent gold medal winner this summer.

5: Lebron James Of The Miami Heat 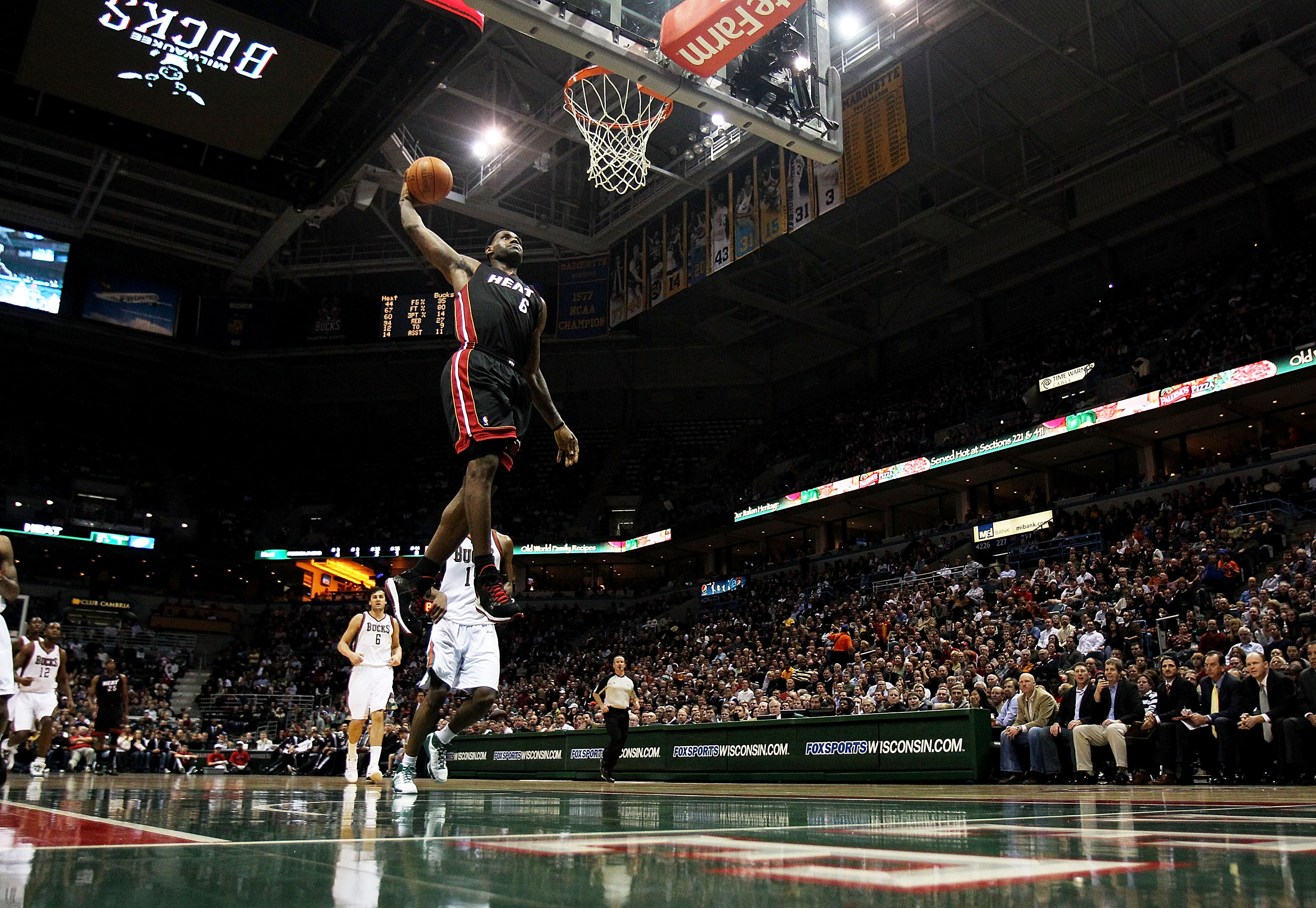 As with Jordan at 25, Lebron James is hands down the most athletic player in the NBA.  His combination of size and speed make him an And 1 waiting to happen.  Much like Jordan in his earlier days, Lebron's outside game is also not quite up to par with his ability to go to the basket, but it can be said that he is a better playmaker and passer than Jordan at his age.  Though his style of game is a little bit more rugged than Michael's, lacking the grace that Jordan's play carried with it, his effectiveness can't be argued as he's posted some of the best PERs in league history.  Right up there with the man who inspires this list. 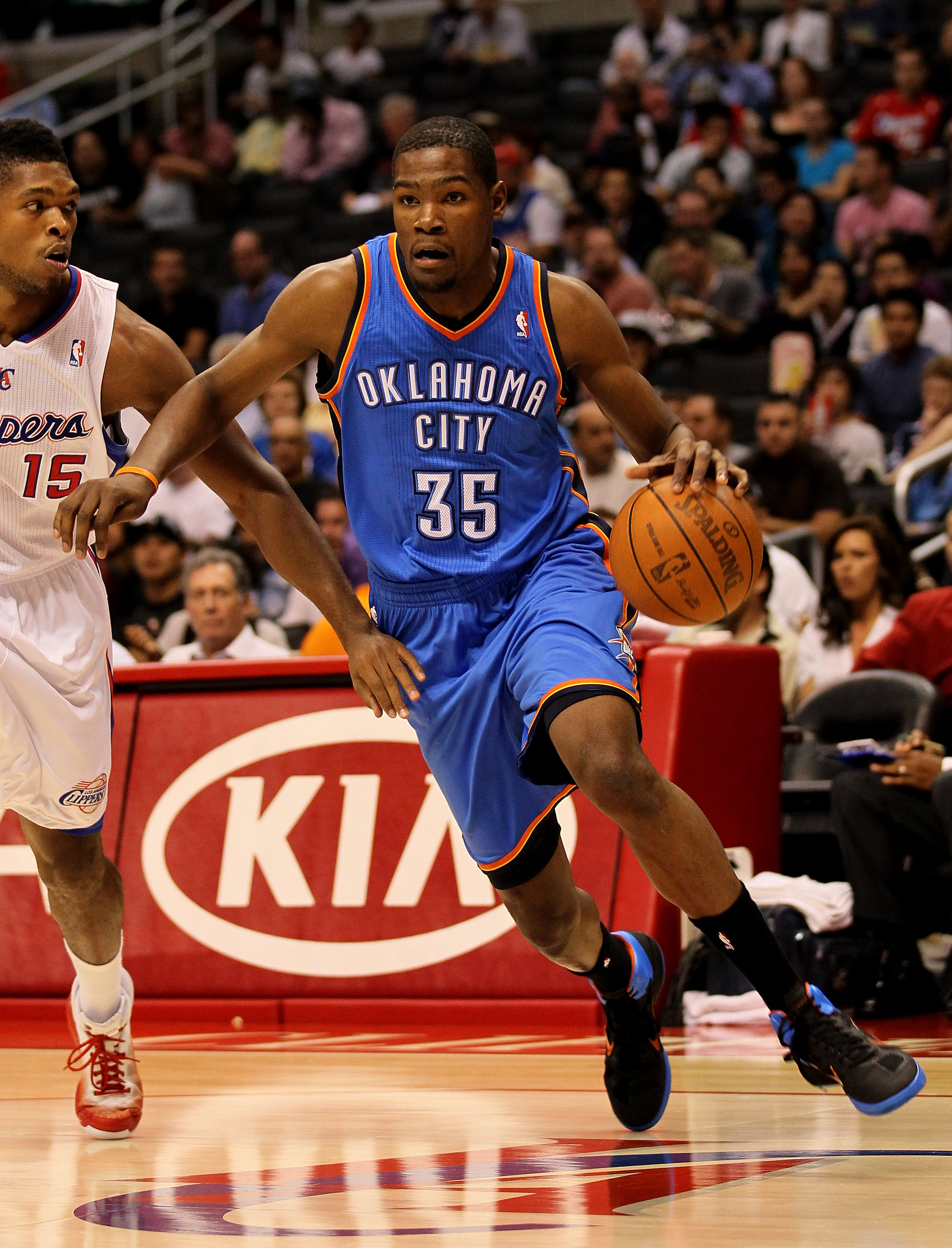 With not one, but two players most like Mike under the age of 23 on their team, the future of the Thunder is high and bright.  Fresh off a scoring title, Kevin Durant once again leads the league in scoring at 27.4 ppg.  Establishing himself as the go to guy for the summer worlds squad has only enhanced his status as the game's best up and coming superstar.  Standing at an impressive 6'9, though closer to 6'10, Durant plays like a 2 guard and resembles Jordan's thin yet athletic frame when he was a rookie.  His game mirrors that of early Jordan as well, with a better perimeter shot at an early age, he possesses that Jordanesque mentality to score and continue to score no matter the defense.  The question is, can he take the next step and become a better playmaker for his teammates as Jordan later did.  Only then will the Thunder get over the hump.

3: Dwayne Wade Of The Miami Heat 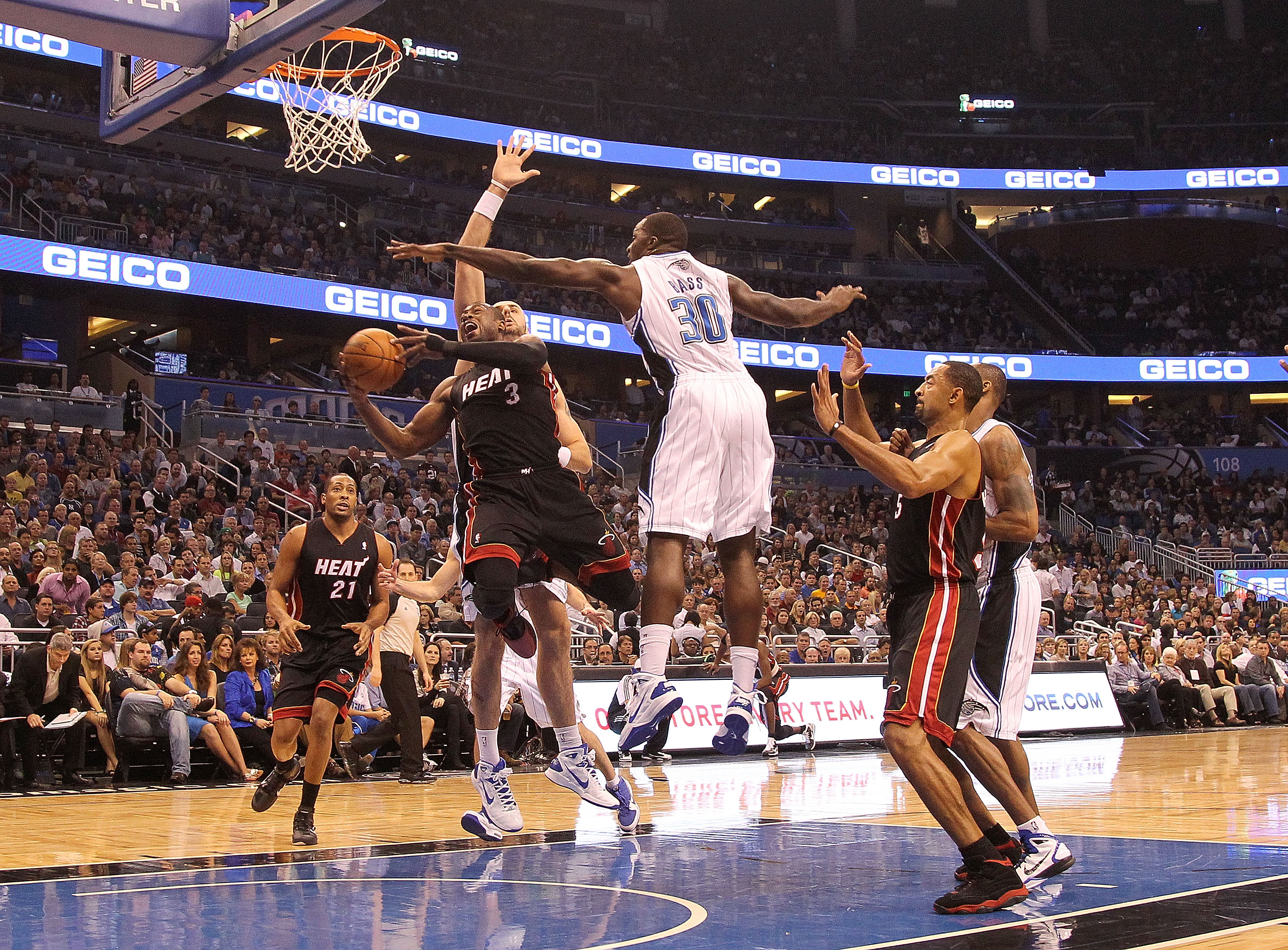 More than anyone on this list, Wade's talent for the acrobatics is closest to Jordan's.  His ability to weave through defenses and contort his body into a shot is second only to Michael's.  A Chicago native, Dwayne has admitted to idolizing Jordan growing up, so it's not surprising that he would emulate and sometimes recreate some of the more spectacular moves we've seen from Jordan in the past.  At 28 and with a whole new roster, it will be interesting to see how Wade's game evolves once he starts to lose his explosiveness and athleticism.  Will he make the necessary changes as Jordan did, or will he merely fade away?

2: Derrick Rose Of The Chicago Bulls 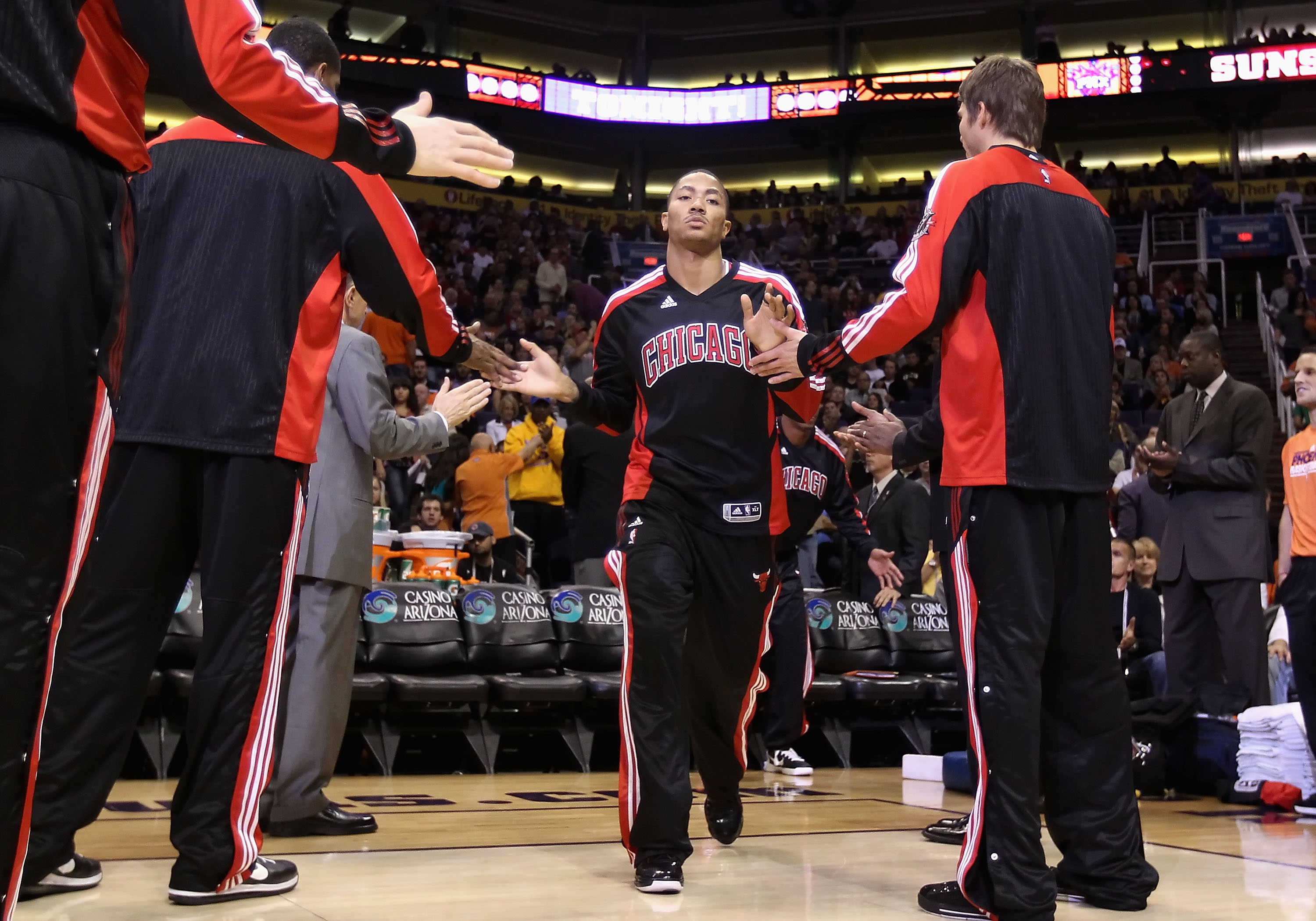 A Chicago product, a Chicago player, and the face of the new Bulls team, it's only fitting that D.Rose slides in at the number 2 spot despite playing point guard and only being 6'3.  Like Jordan, he is an athletic freak with an uncanny ability to finish in a how dee do dat manner around the basket.  Like Jordan, he is the undisputed leader of his team, and like Jordan, he has shown he possesses that never say die fire and passion for the game.  The kid has heart, which he proved by being the leading point guard in the worlds, beating out the likes of Chauncey Billups and Russell Westbrook.  He also carries the gigantic task of starting a new dynasty post Jordan, something the organization has been unsuccessful in doing in the years prior to his arrival.  With a reinforced squad and a new defensive minded coach, the future is about to bloom for this fiery Rose. 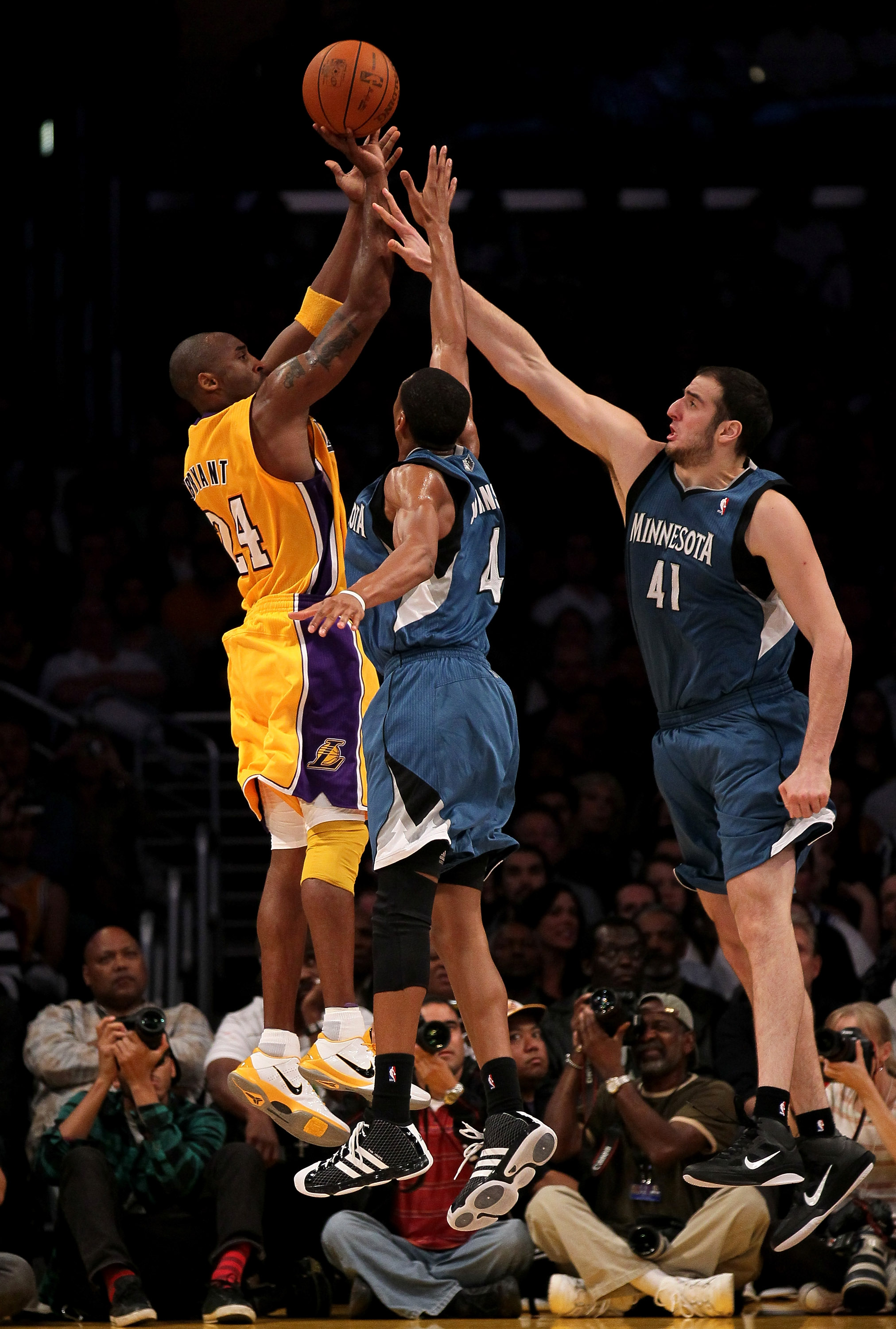 Big surprise right?  Kobe Bryant.  I'm sure you know the story.  Same game, same moves, same style, even the same mannerisms.  And with 5 titles, probably a sixth, which will be in two separate threepeats like Jordan, with the same system and same coach as Jordan, can we safely assume this guy has a serious Jordan complex or what?  But in all seriousness, Kobe Bryant is the closest thing to Michael Jordan that we will ever see.  From the early on athletic finishes to the mastery of the midrange game in his later years, Kobe has meticulously studied every facet of Jordan's game with an OCD mentality.  Though not quite as efficient as Michael, Kobe's fearlessness for the big moments reflects that of Jordan as his mastery of the game continues to shine.  And with Kobe on the verge of a sixth ring, the comparisons will only continue.  Who knows, depending on how many rings he ends up with, people may very well be saying who's the next Kobe Bryant over who's the next Michael Jordan?