College Basketball 2010-11: The Top 25 Juniors Who Are Making Their Mark 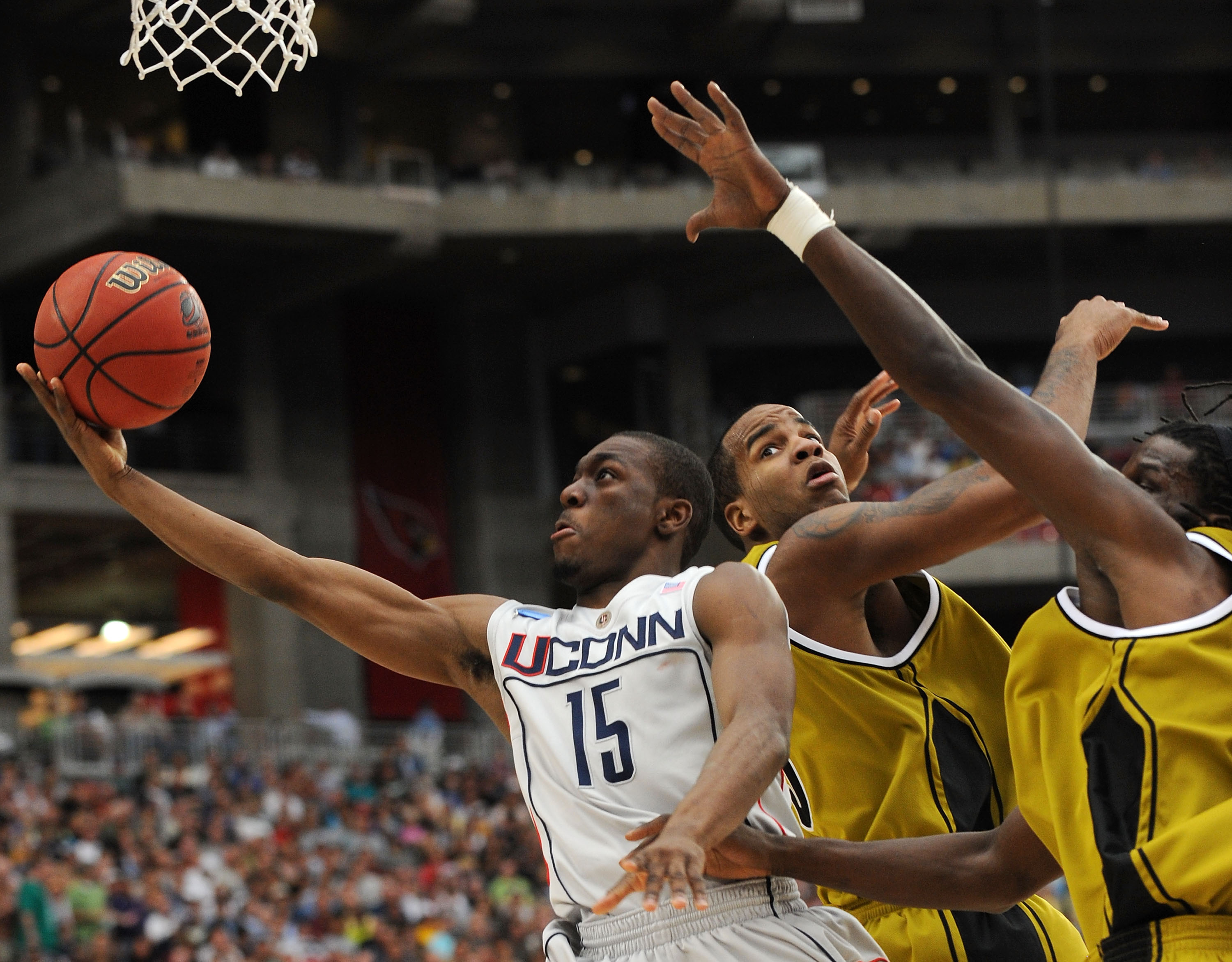 The basketball recruiting class of 2008 had no shortage of big-time players, many of whom are already doing great things in the NBA.

Those players include Tyreke Evans (2010 NBA Rookie of the Year) of the Sacramento Kings and Brandon Jennings (2010 NBA All-Rookie First Team) of the Milwaukee Bucks.

There are also many of that class that make up a deep group who are seriously making their mark on the 2010-11 Division I hoops season. 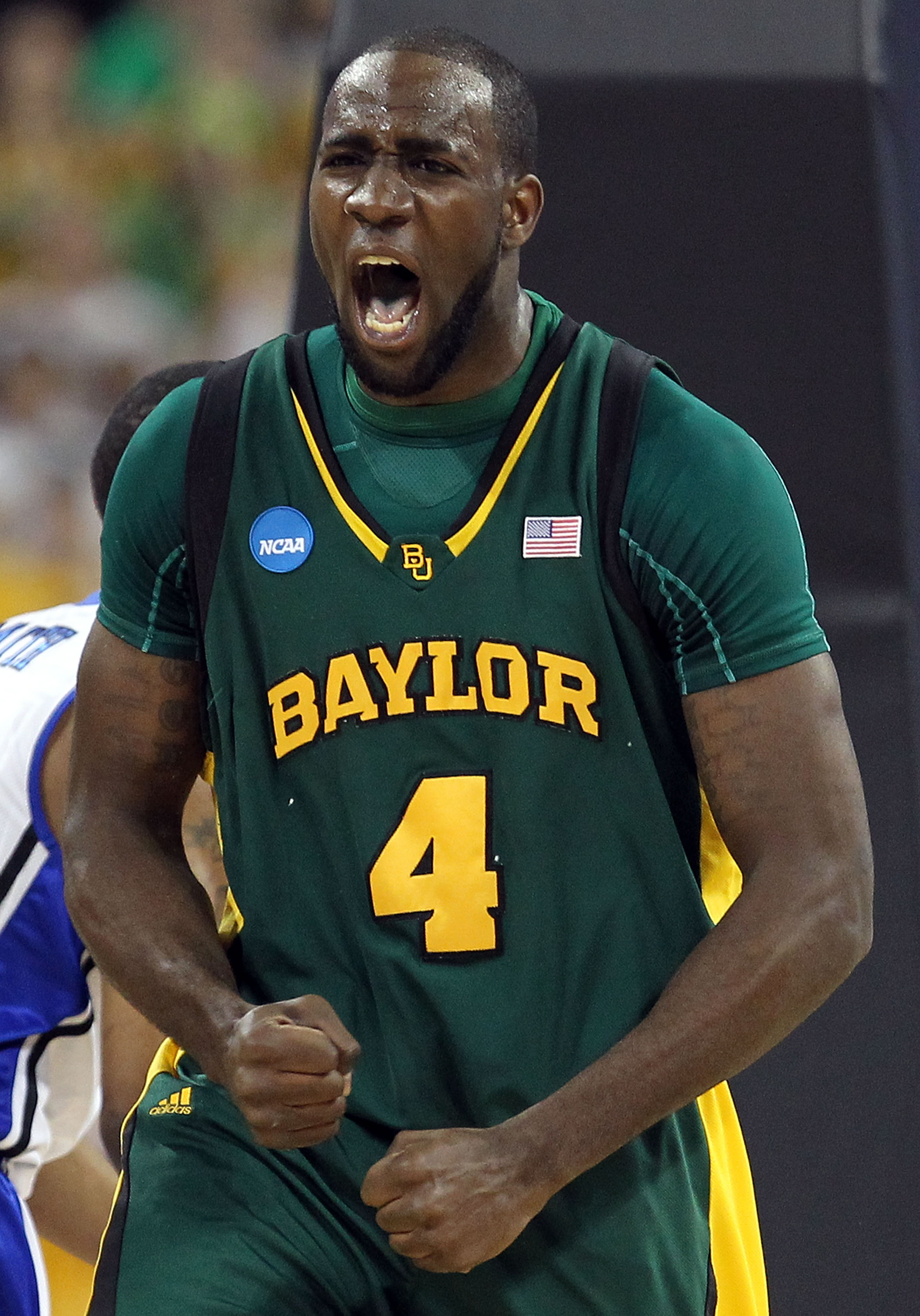 Acy is picking up this year where he left off last season, when he scored in double figures in three of Baylor's final four games of the season, including 10 points and five rebounds vs. Saint Mary's (March 26) and 12 points and eight rebounds vs. Duke (March 28) in the NCAA South Regional semifinals and finals, respectively. 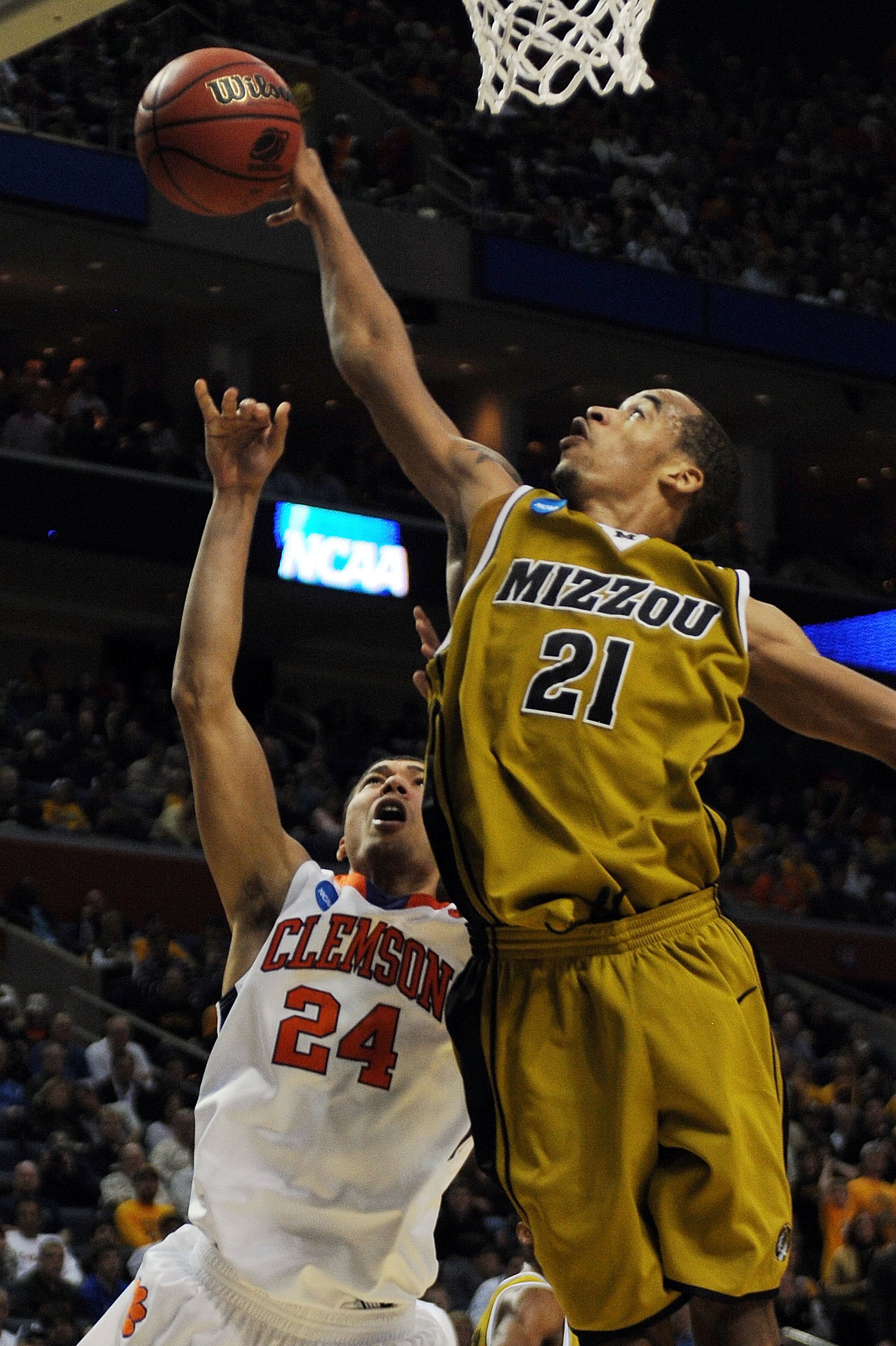 Last year, Bowers ranked third on the team in scoring at 10.2 points and second in rebounding (5.7), plus was second on the club in field goal percentage (.555) and tops in blocked shots (48). 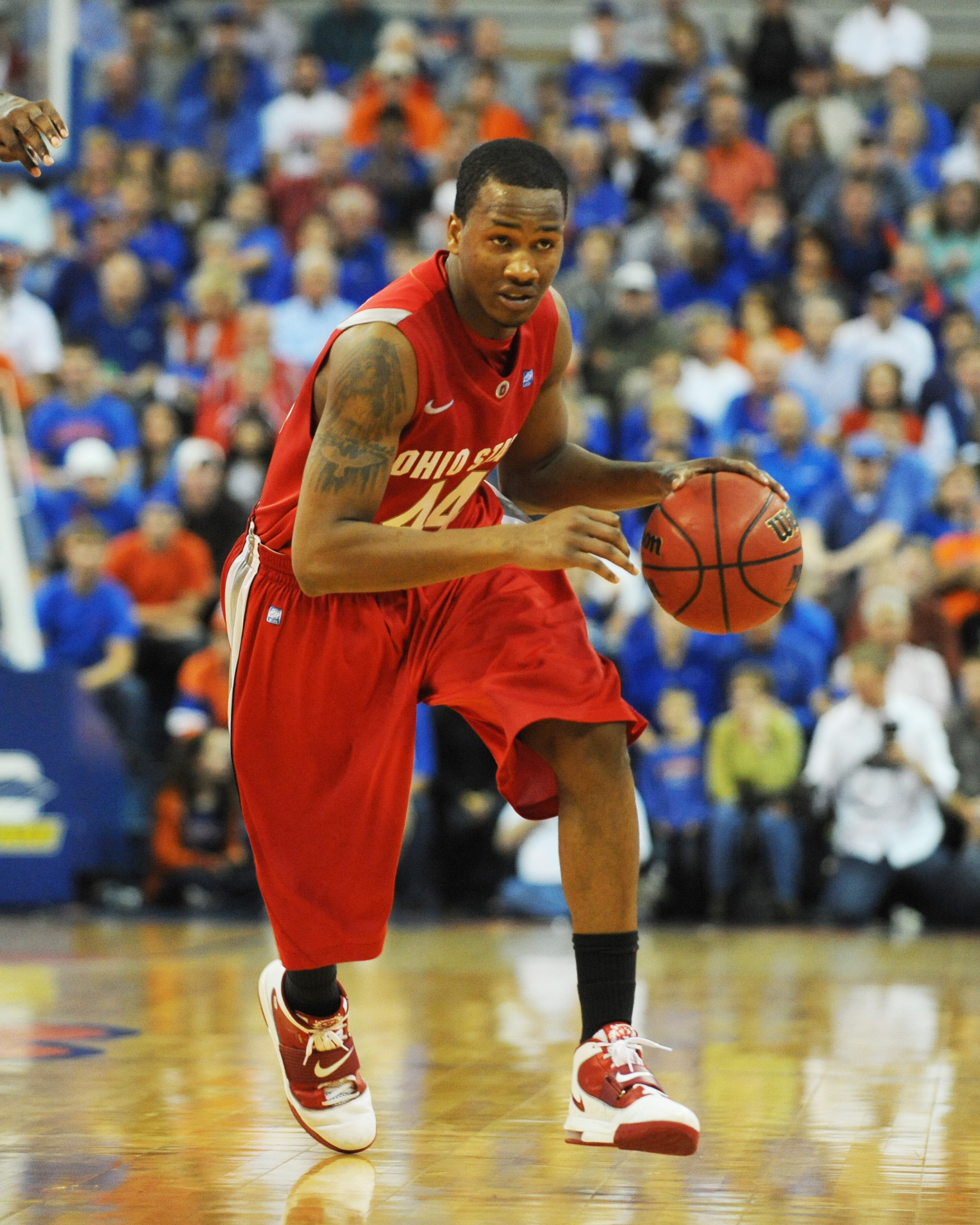 William Buford is the top returning scorer from the 2009-10 Buckeyes, bringing back 14.4 points and 5.6 rebounds per game.

Buford was the 2009 Big Ten Freshman of the Year and a 2010 Third Team All-Big Ten (coaches and media) honoree.

So far, Buford is averaging 11.5 ppg, 4.5 rpg and 4.8 apg this season, as the Buckeyes have started the season by blowing out their first five opponents. 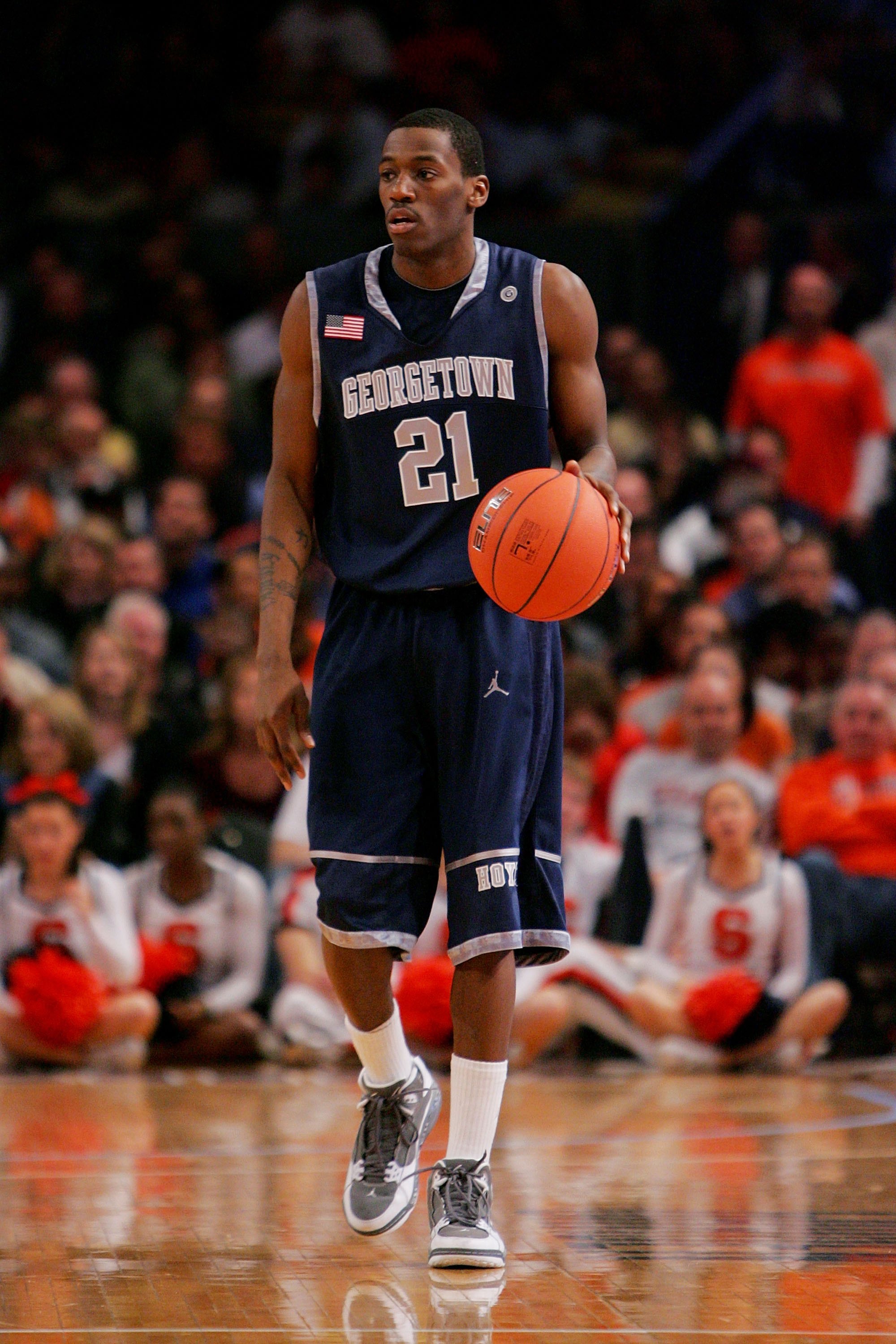 Clark has stepped up those numbers at the beginning of this season to help the Hoyas start undefeated and ranked. 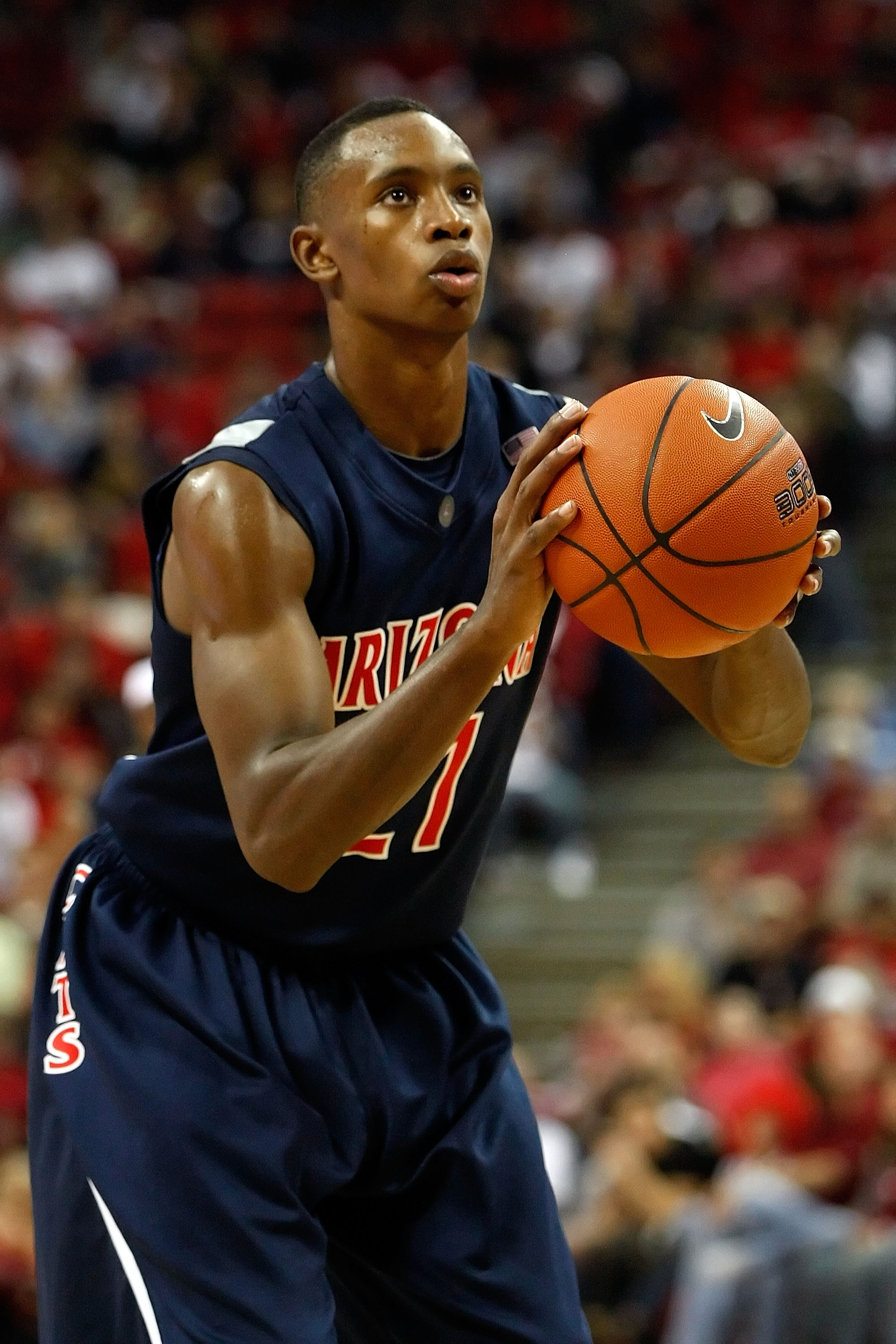 Kyle Fogg is a big factor in the Arizona Wildcats' resurgence into the spotlight of college basketball.

Last season, he ranked third on the club with 18 games in double figures and was Arizona's second leading scorer in Pac-10 play (13.4 ppg), and his 41.5 three-point field goal percentage ranked fifth in the league.

While Fogg's initial scoring numbers have dipped (9.2 ppg), he is leading the Wildcats in assists with 4.4 per contest.

Even though Arizona came up short against Kansas, Fogg had his best game of the year against the Jayhawks, scoring 18 points and hitting on four of eight shots from beyond the arc. 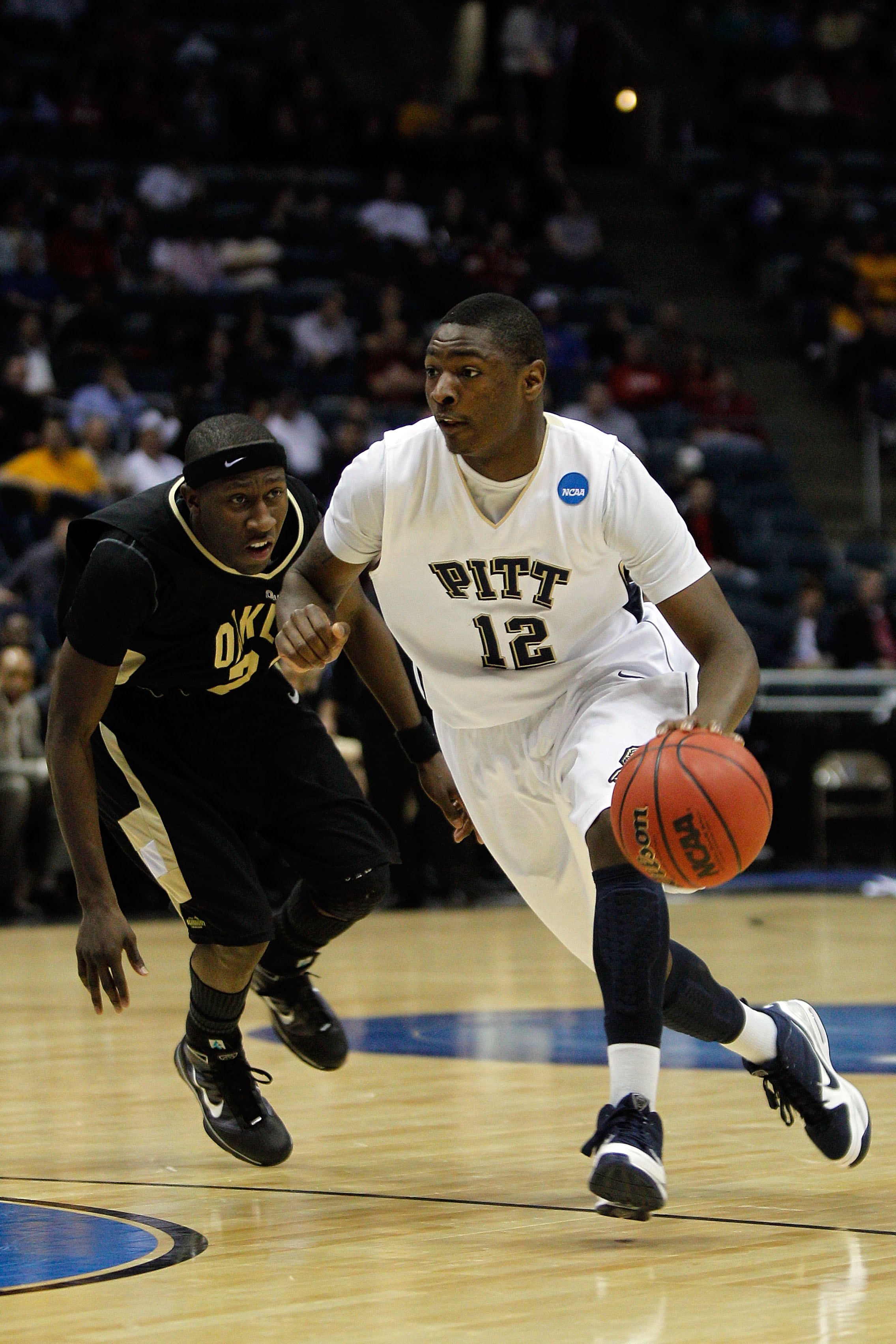 Gibbs had a breakout sophomore season, scoring 15.7 points per game.

He was voted Big East Most Improved Player (becoming Pitt's sixth MIP in the last 11 years) and an All-Big East Second Team selection in 2009-10. 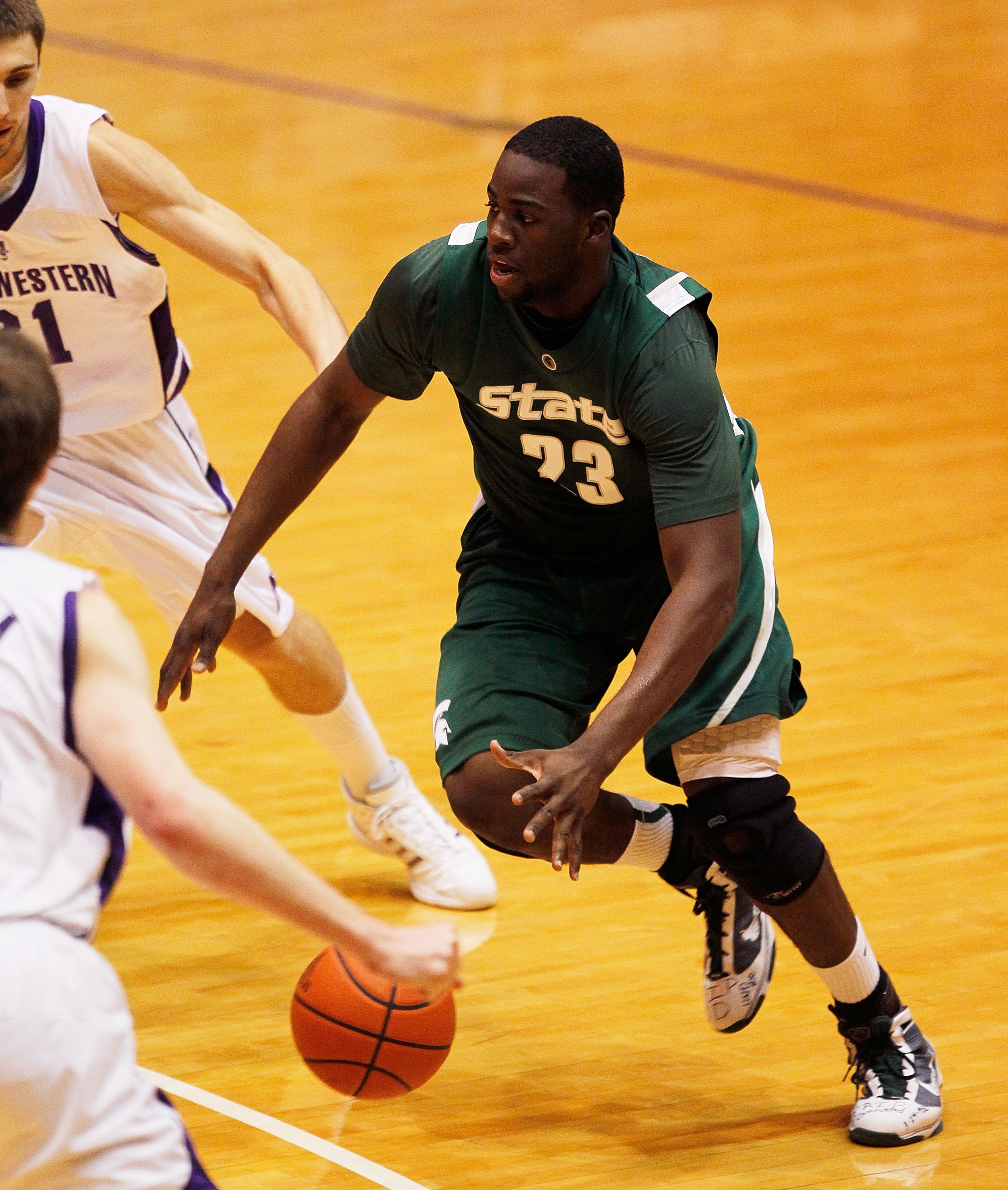 Green may be the most versatile player in the Big Ten.

He is a strong rebounder and a skilled passer and is able to score inside and outside. 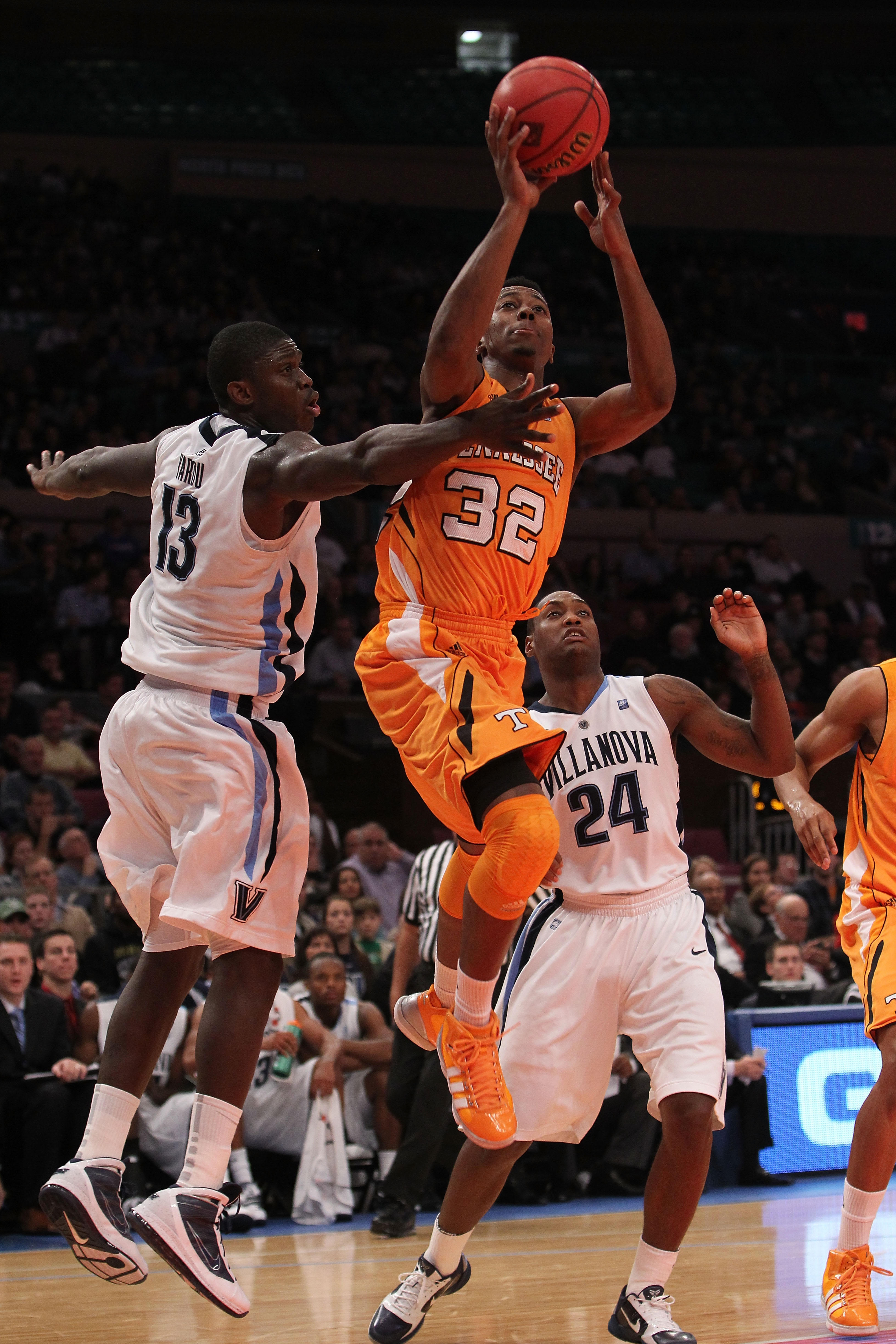 He also led the team in field goals and three-pointers made and attempted.

Hopson has elevated his game this season by averaging 15.8 points and 4.2 rebounds per game, leading Tennessee to an undefeated record and Top 25 ranking. 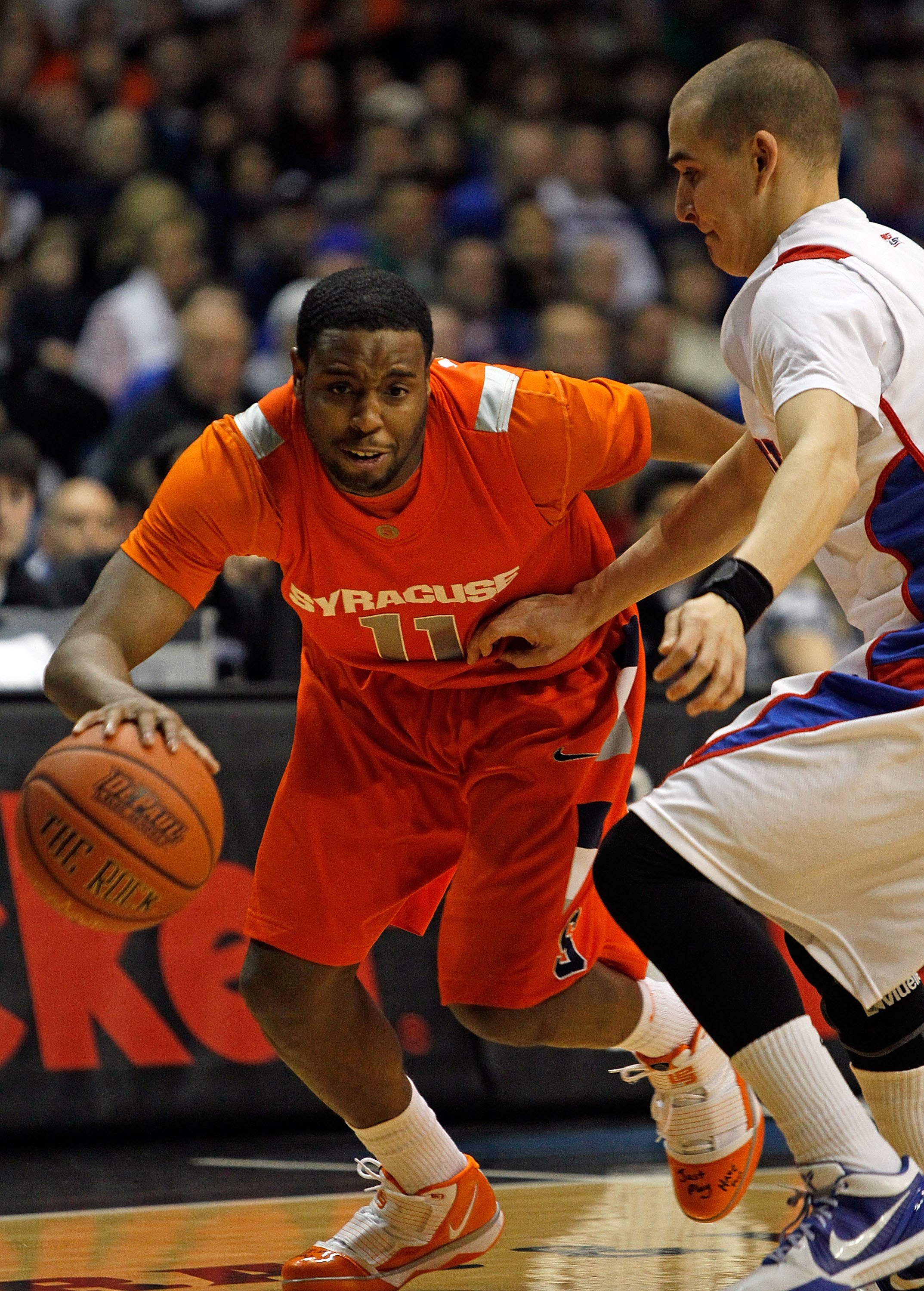 Jardine was one of 20 players named to the USA Men’s Select Basketball Team.

Jardine has started this season by elevating his numbers by scoring 12.8 points, 2.3 rebounds and seven assists per game. 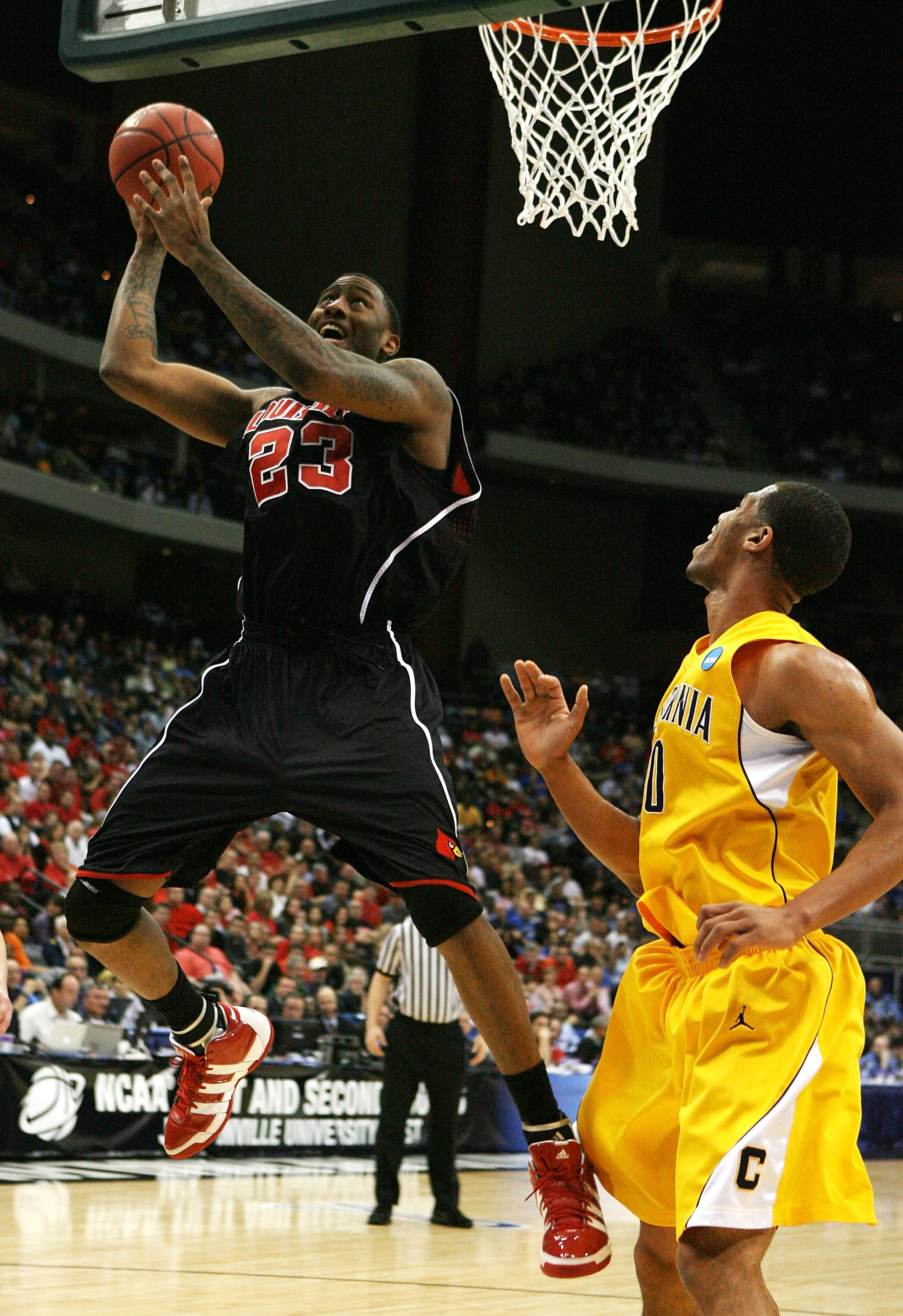 Jennings has progressed gradually in his first two years at Louisville.

Last year, he led Louisville in blocks (40), which was 12th best in the Big East.

After playing a backup role for his first two seasons in Louisville, Jennings is having a breakout season. He leads the Cardinals in scoring (12 ppg) and is second in rebounding (6.3 rpg). 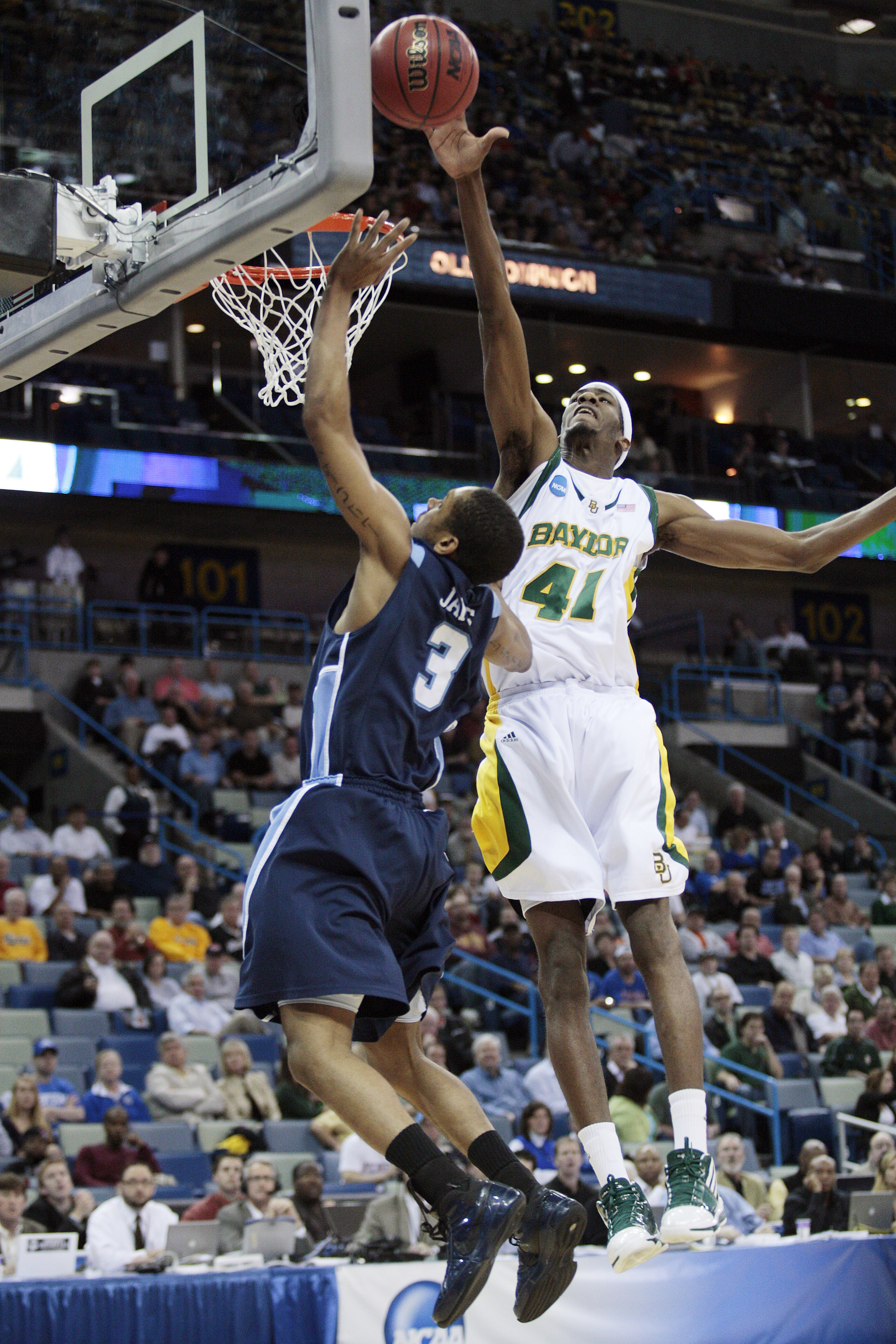 Anthony Jones is the only returning starter in the Baylor frontcourt (which was the second tallest front line in Division I basketball).

He has better than average shooting range (career 30.7 3FG percentage) and causes matchup problems with his length. 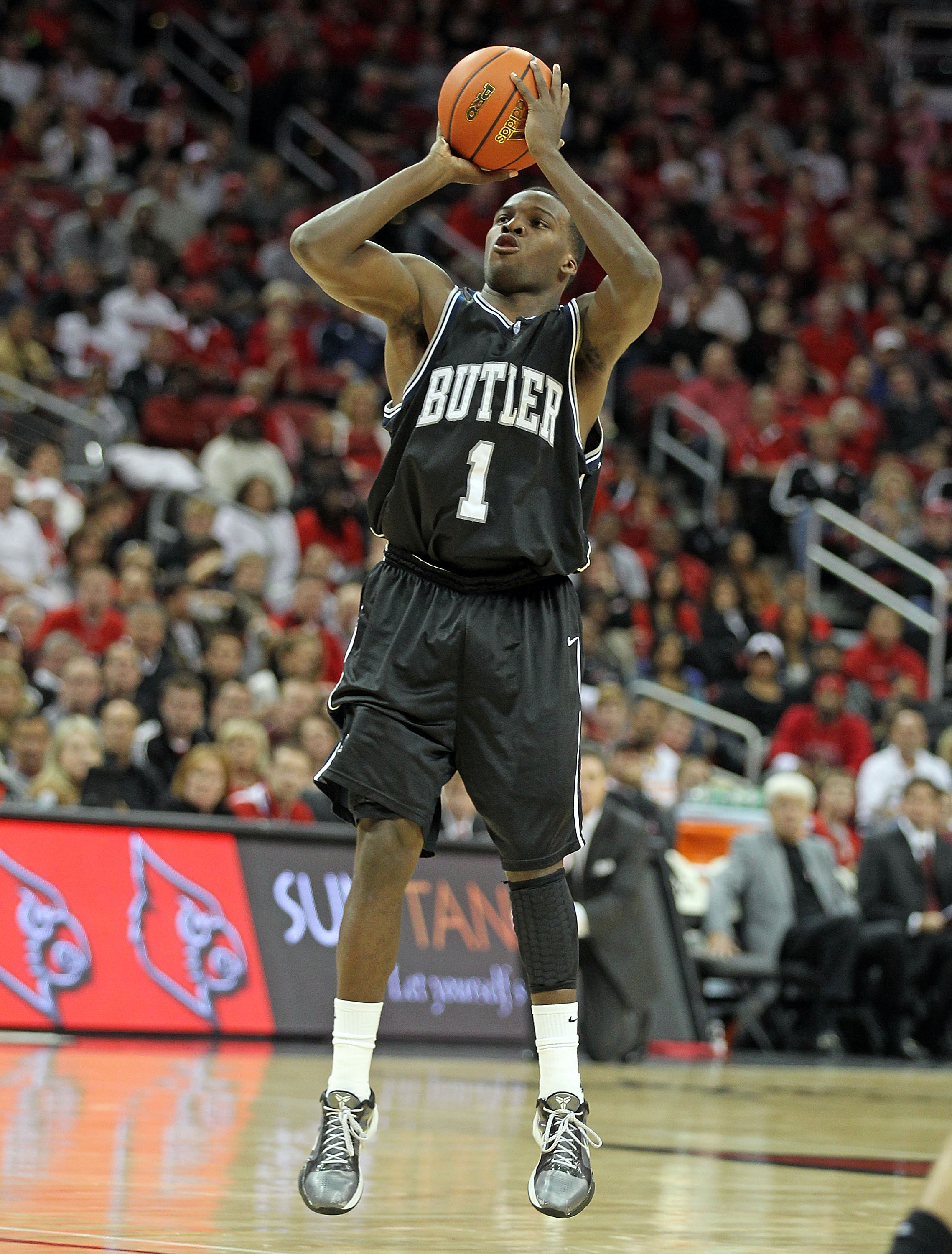 Last season, he was the Bulldogs' second leading scorer (14.1 ppg) and averaged 3.7 rebounds and three assists per game.

Mack is one of the strongest guards in the country.

Because of Butler's key losses, Mack will need to step up his game in order for the Bulldogs to make another deep run in the NCAA Tournament. 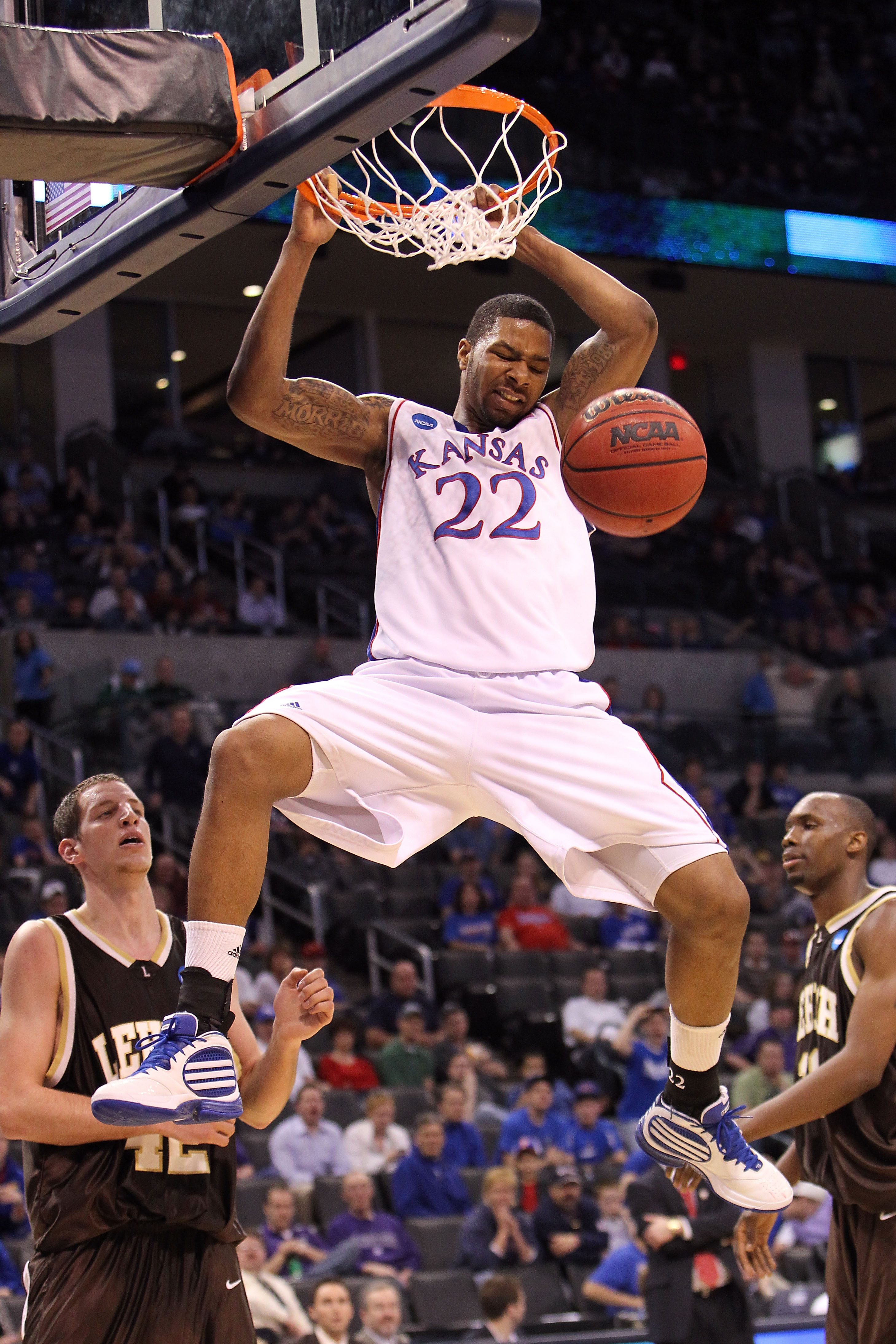 Marcus Morris was named the Yahoo! Sports Most Improved Player nationally and All-Big 12 Second Team in 2009-10.

Morris is listed on numerous preseason All-American teams this year.

The Jayhawks have one of the best frontcourts in the country, featuring Marcus and his twin brother Markieff.

Morris currently leads Kansas in scoring (19 ppg) and is second in rebounding (6.3 rpg).

Morris was named the MVP of this year's Las Vegas Invitational. 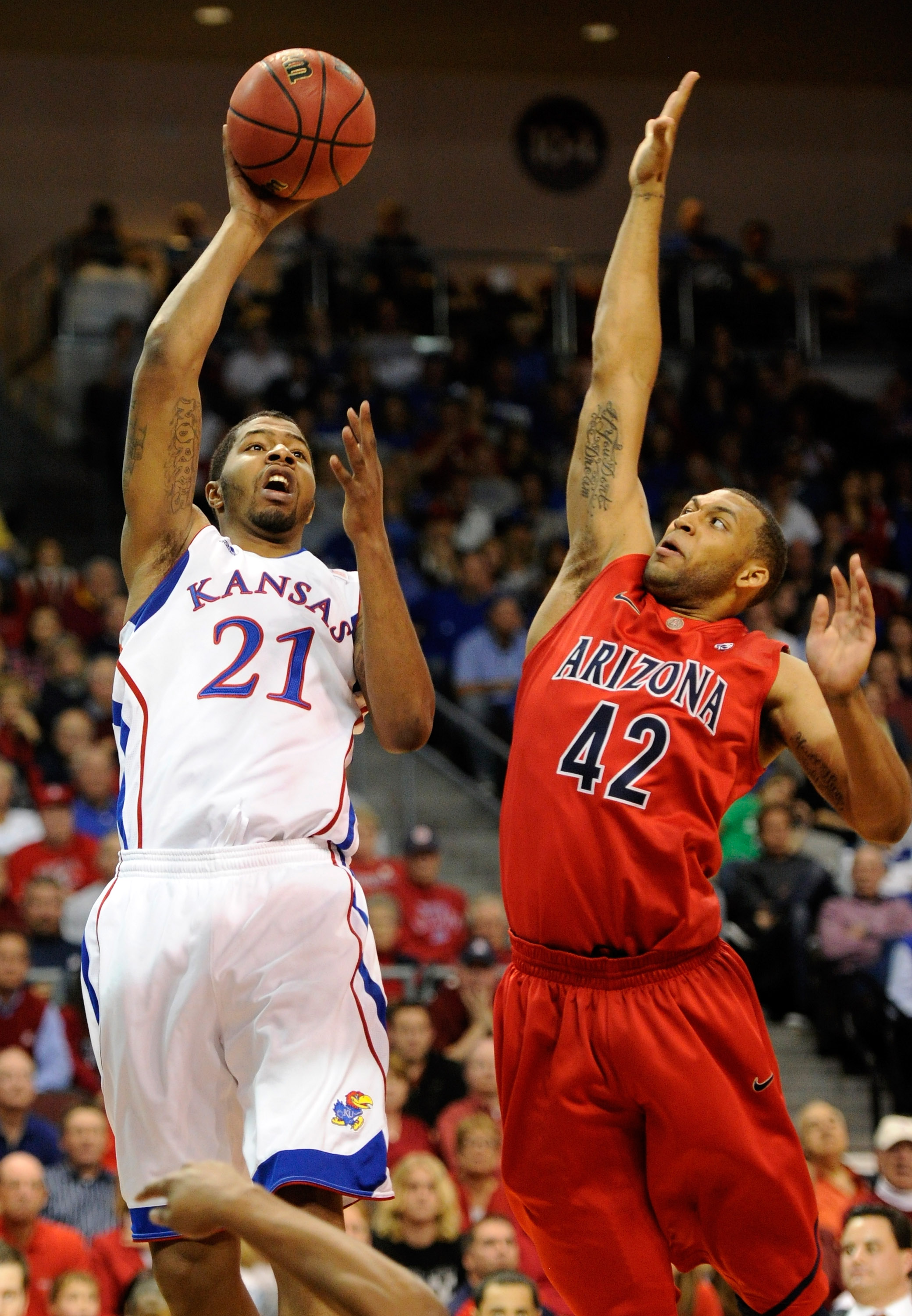 Markieff Morris is the other half of the Jayhawks' matched set (Markieff and Marcus Morris) frontcourt.

This could be Markieff's breakout season.

While only playing 18 minutes per game as a sophomore, Morris averaged 6.8 points and 5.3 rebounds per contest.

Already this season, Morris is almost doubling his previous year's numbers (averaging 12.3 points and 9.5 rebounds per game with only playing 20 minutes per game so far). 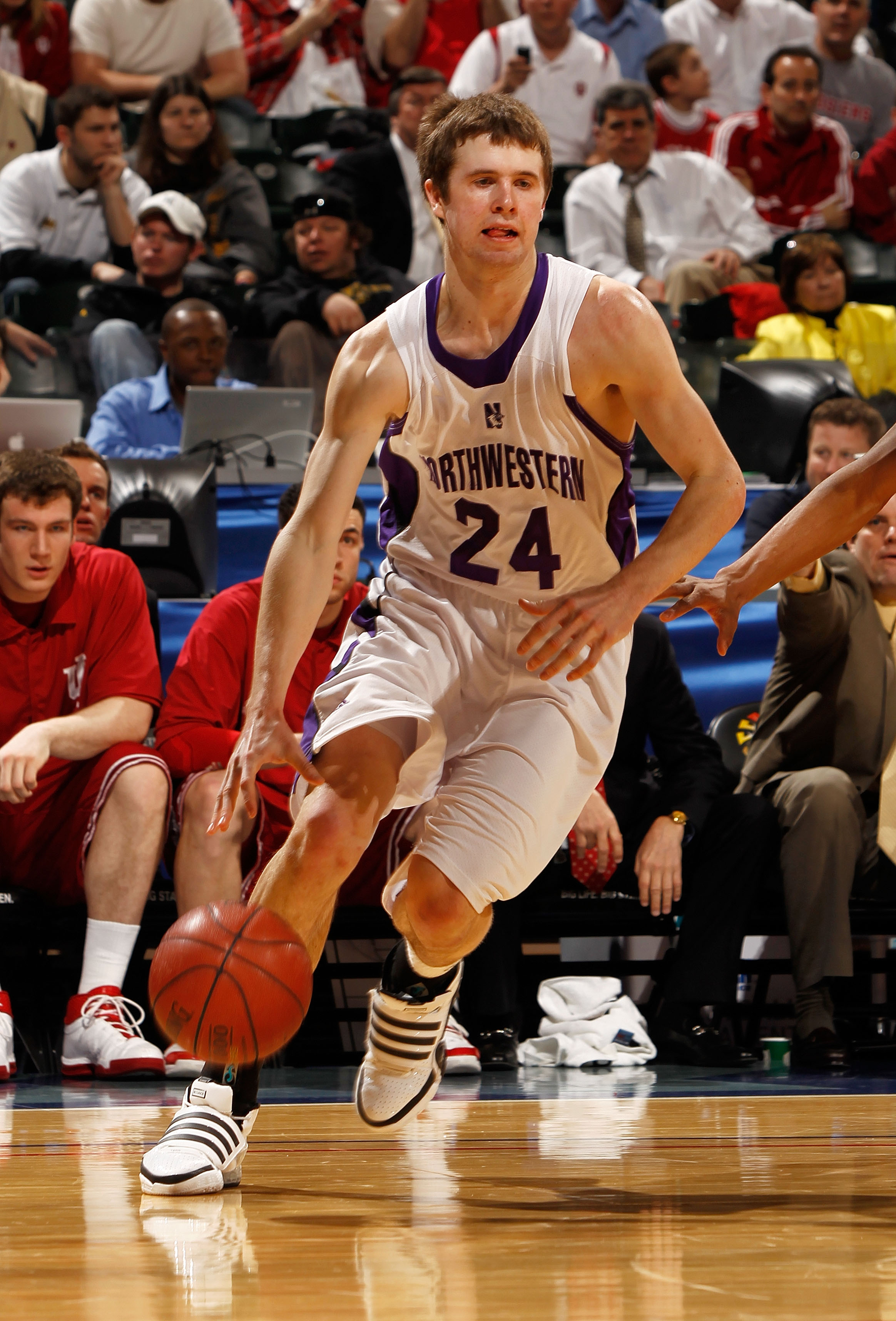 He was named the most improved player in the nation by Sporting News and established Northwestern single-season records for points (619) and field goals (217).

Shurna is a big reason that NU is coming off its winningest season in school history in 2009-10,
posting a 20-14 record.

Shurna has increased his scoring average (from 18.2 ppg last year to 22.7) so far this year, leading the Wildcats to three consecutive wins. 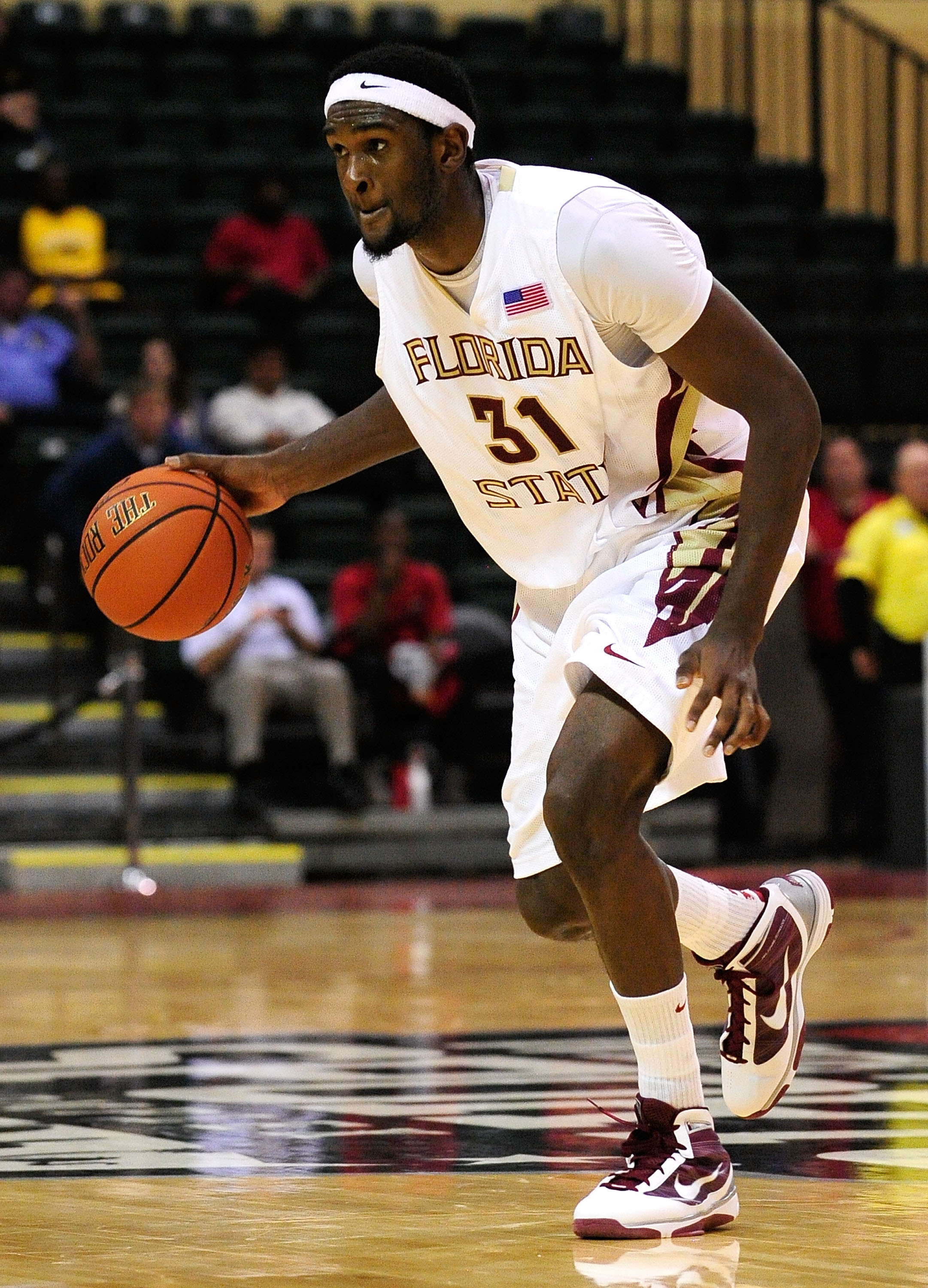 Last season as a sophomore, Singleton was selected as ACC Defensive Player of the Year.

He is also one of the nation's top candidates for the Henry Iba Award, the prize for college basketball's top defensive player.

So far, Singleton is averaging a double-double, 17.4 points and 10.8 rebounds per game, along with three blocks and 3.4 steals per game. 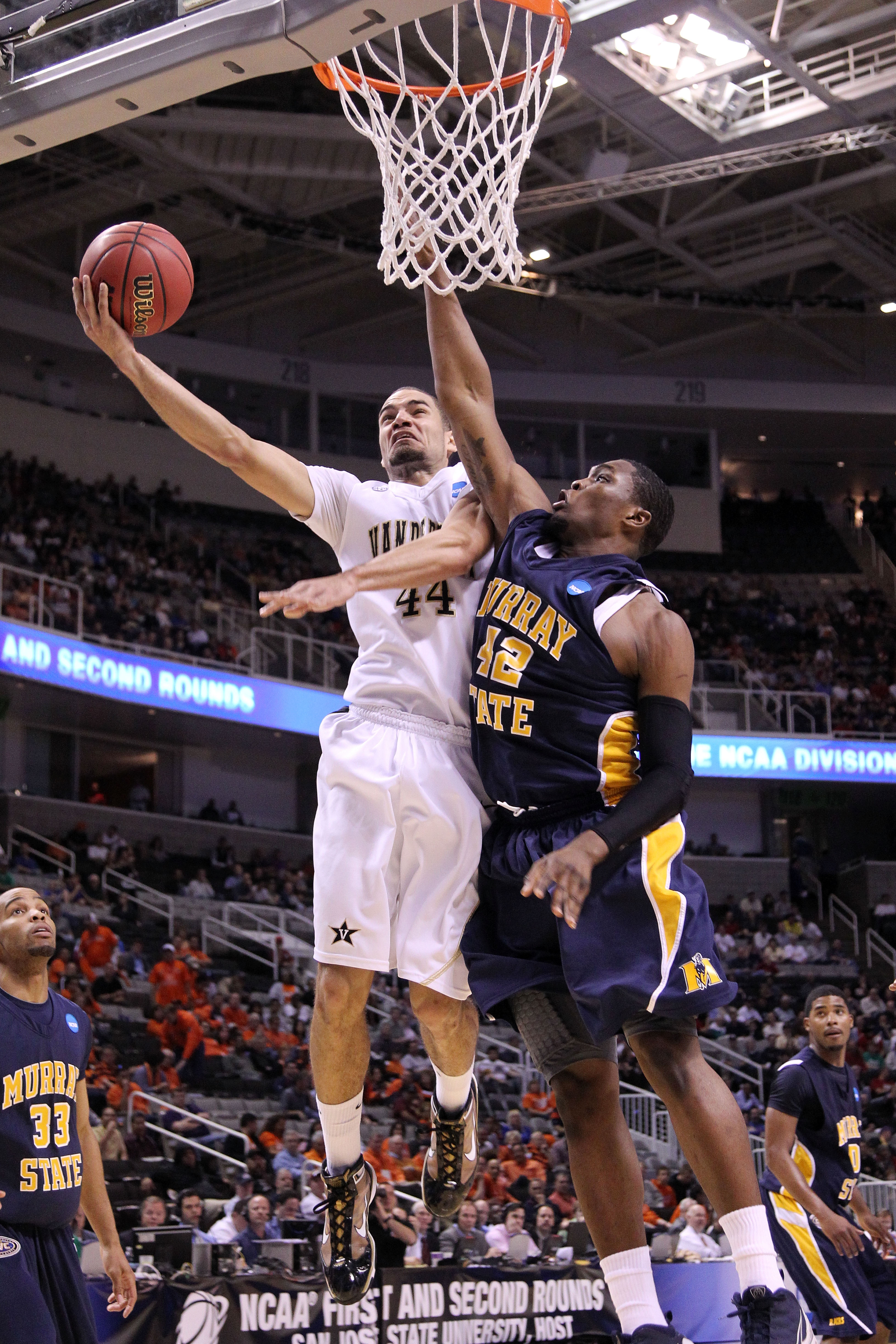 He has started in every game of his Vanderbilt career.

He has helped the Commodores to a 5-1 start with scoring 11.3 points and 2.8 rebounds per game. 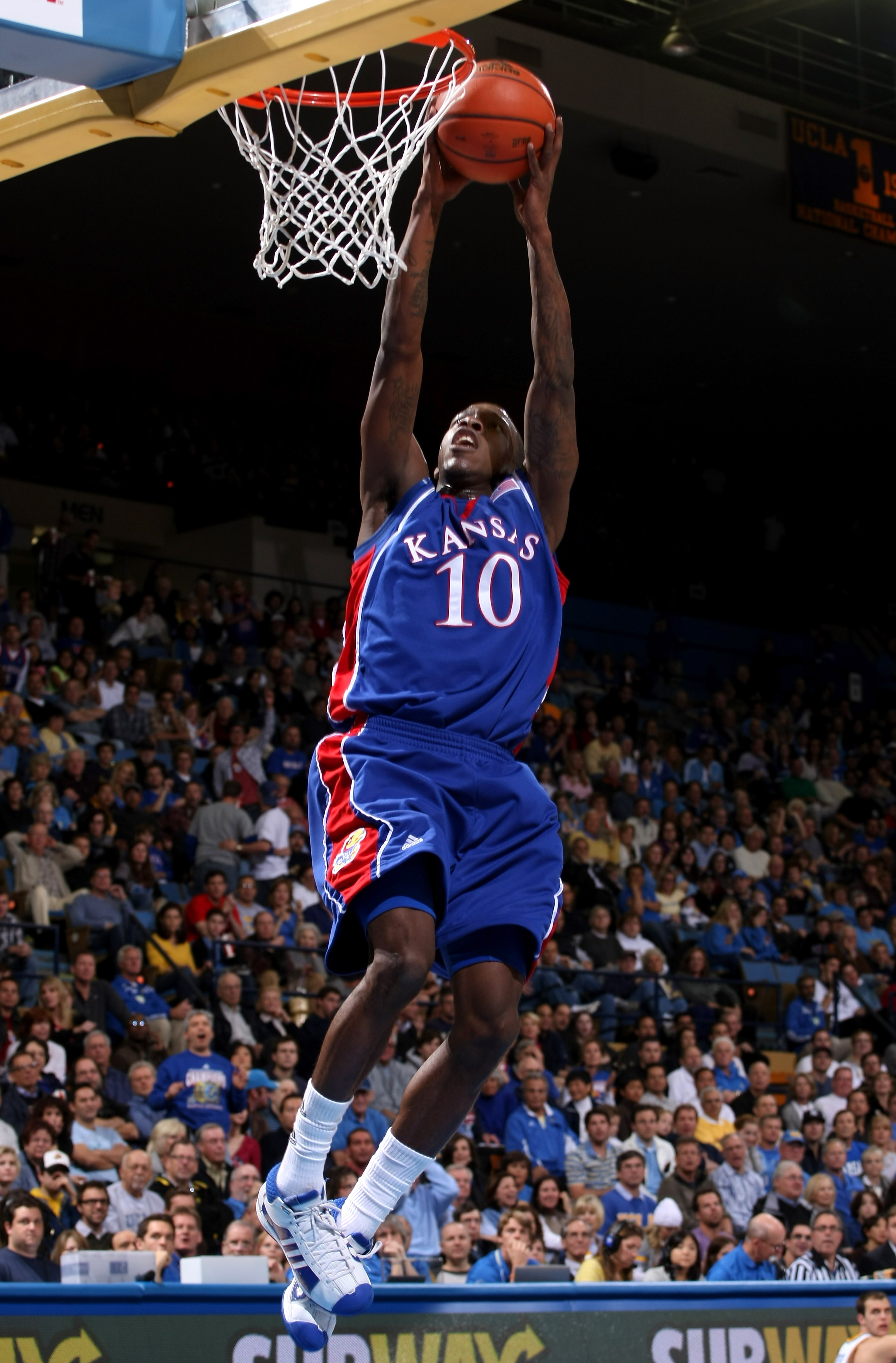 Tyshawn Taylor is a two-year starter who is a proven winner and shows leadership at both guard positions.

This season, Taylor is averaging 9.3 points and 7.2 assists per game. 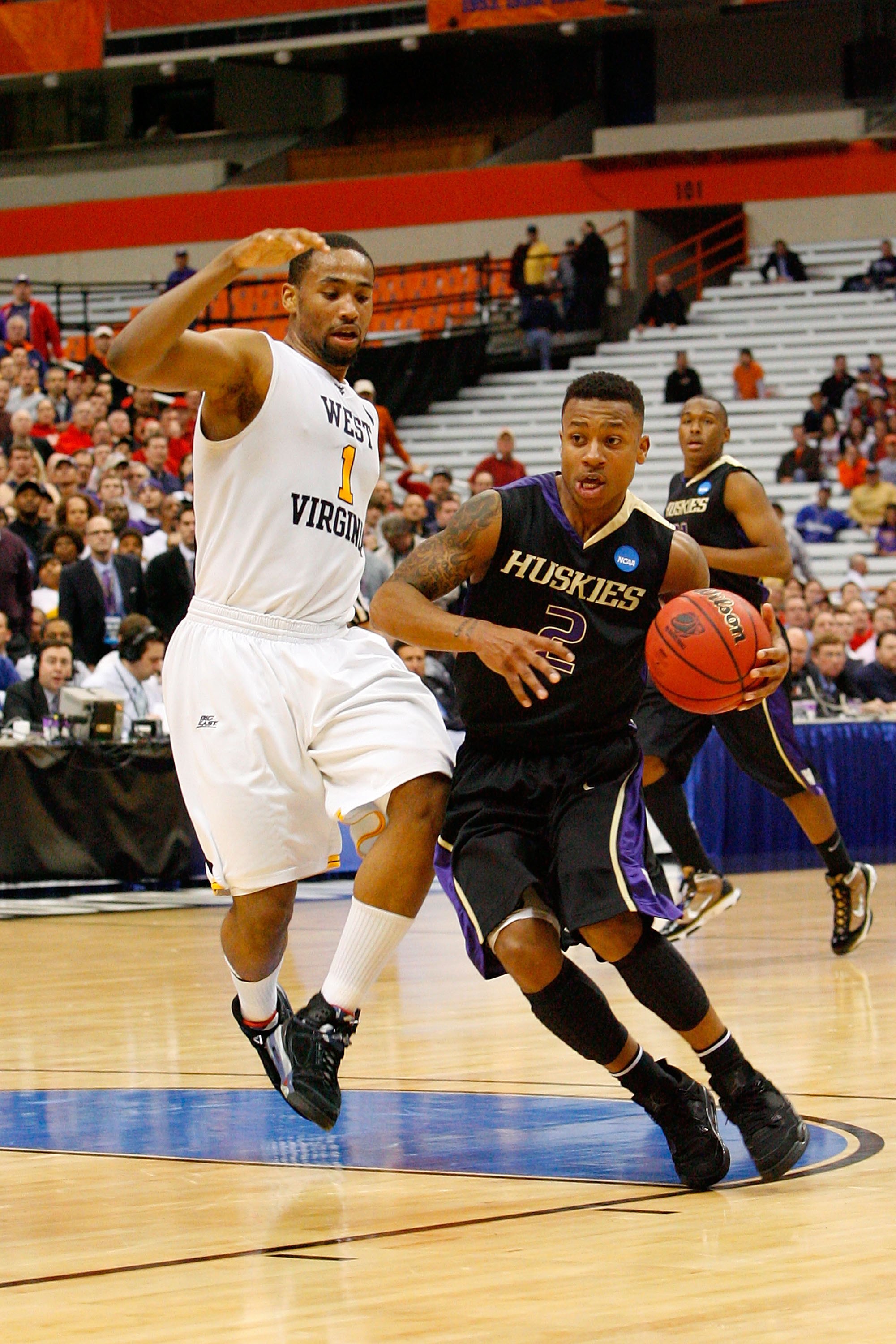 Thomas led the Huskies last season in assists and is the top returning scorer.

He continues to bring a high level of production and leadership to a Washington team that has stumbled twice early in the 2010-11 season.

He is averaging 14 points, 3.6 rebounds and three assists per game this year. 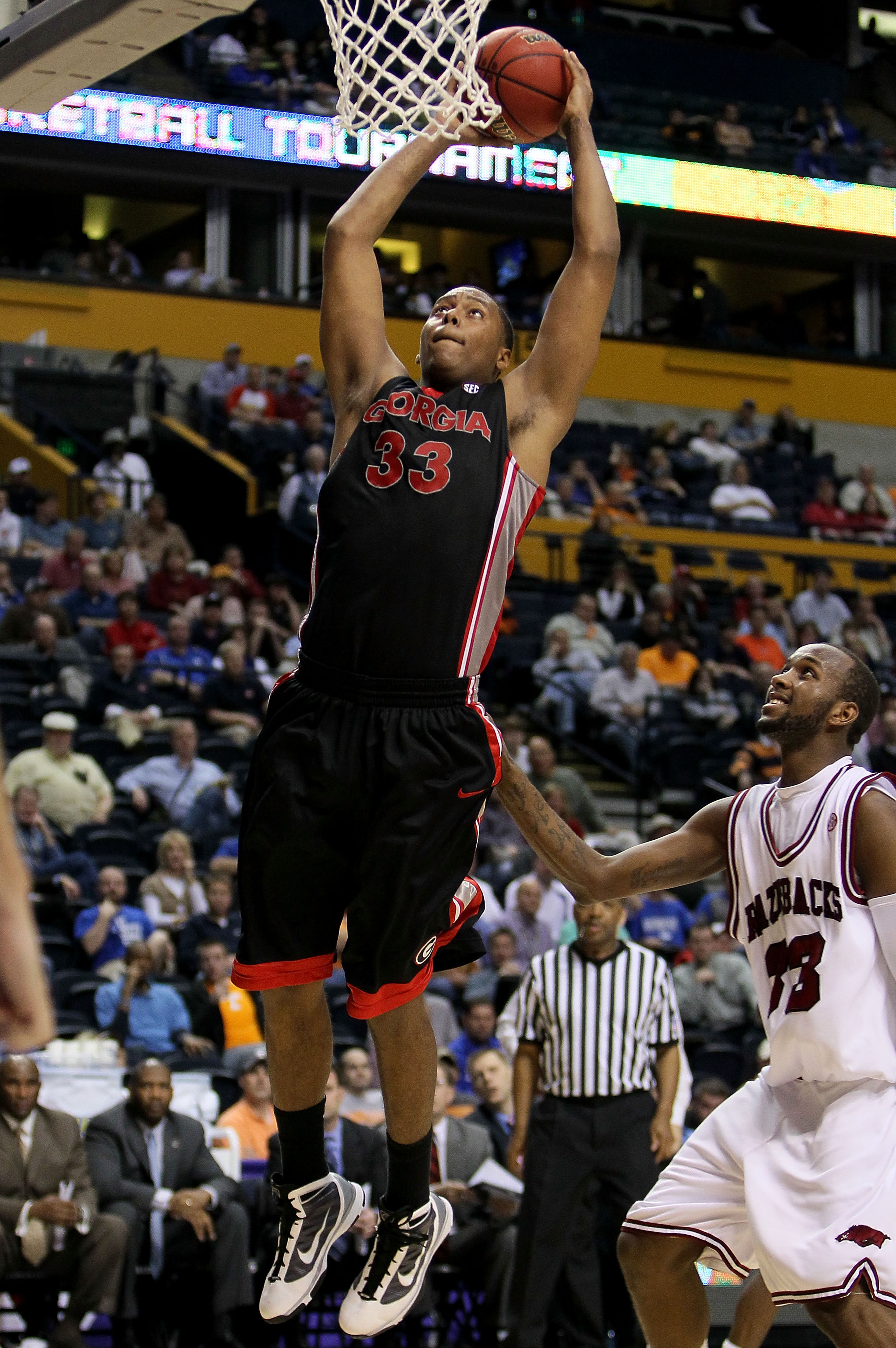 One of the nation's top returning players, Thompkins is the only returnee from among the 2010 Coaches' All-Southeastern Conference First Team.

Last season, Thompkins was second in the SEC in scoring, fourth in rebounding, seventh in FG percentage and eighth in FT percentage.

He also ranked fourth in the SEC in double-doubles (10).

A talented inside-outside threat with an NBA-ready body, Thompkins led the Bulldogs in scoring and rebounding last season.

This year, Thompkins has played solidly, averaging 14.7 points and 7.3 rebounds per game, as the Bulldogs look to get on track after losing two of three contests in Orlando. 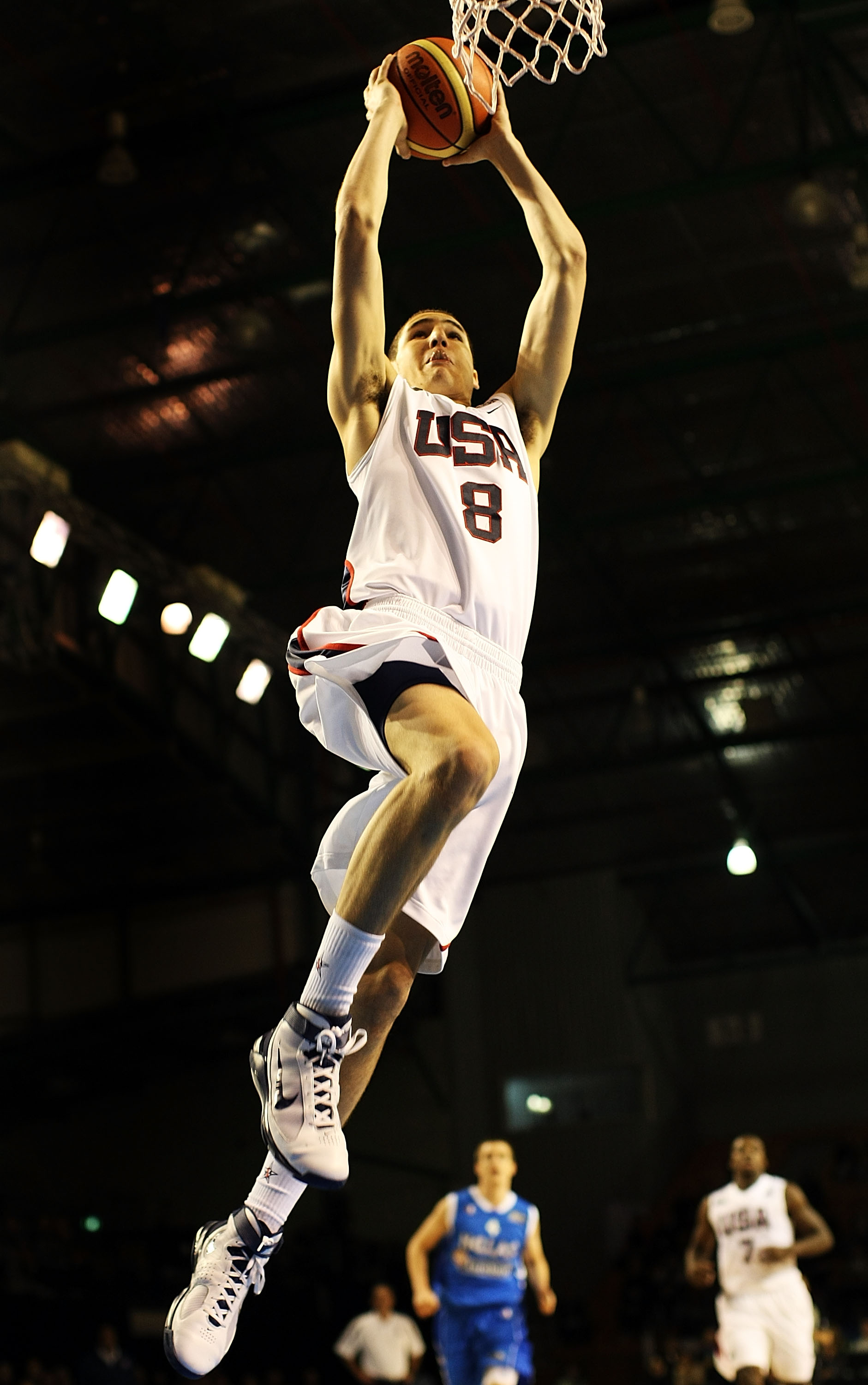 This year, Thompson is one of the leading scorers in the nation, averaging 23.6 points per game. 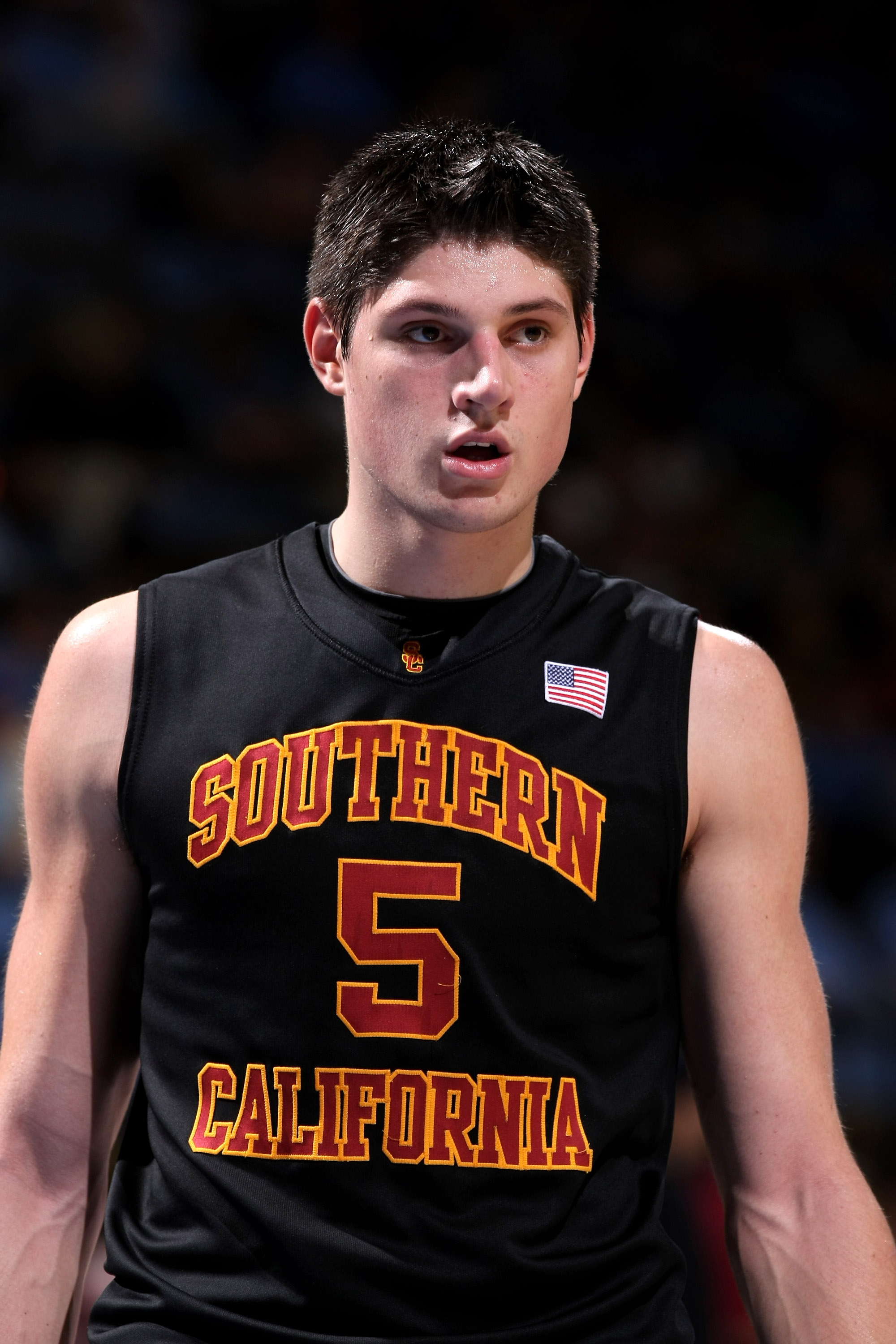 Last season, Vucevic was named the 2009-10 Pac-10 Most Improved Player. He led the league in rebounding and FG percentage (.504) and was USC’s second leading scorer.

Vucevic played for the Montenegro national team during the summer.

This year, Vucevic leads the Trojans in both scoring (16 ppg) and rebounding (11 rpg), as USC seeks to get on track after starting the new season 4-3. 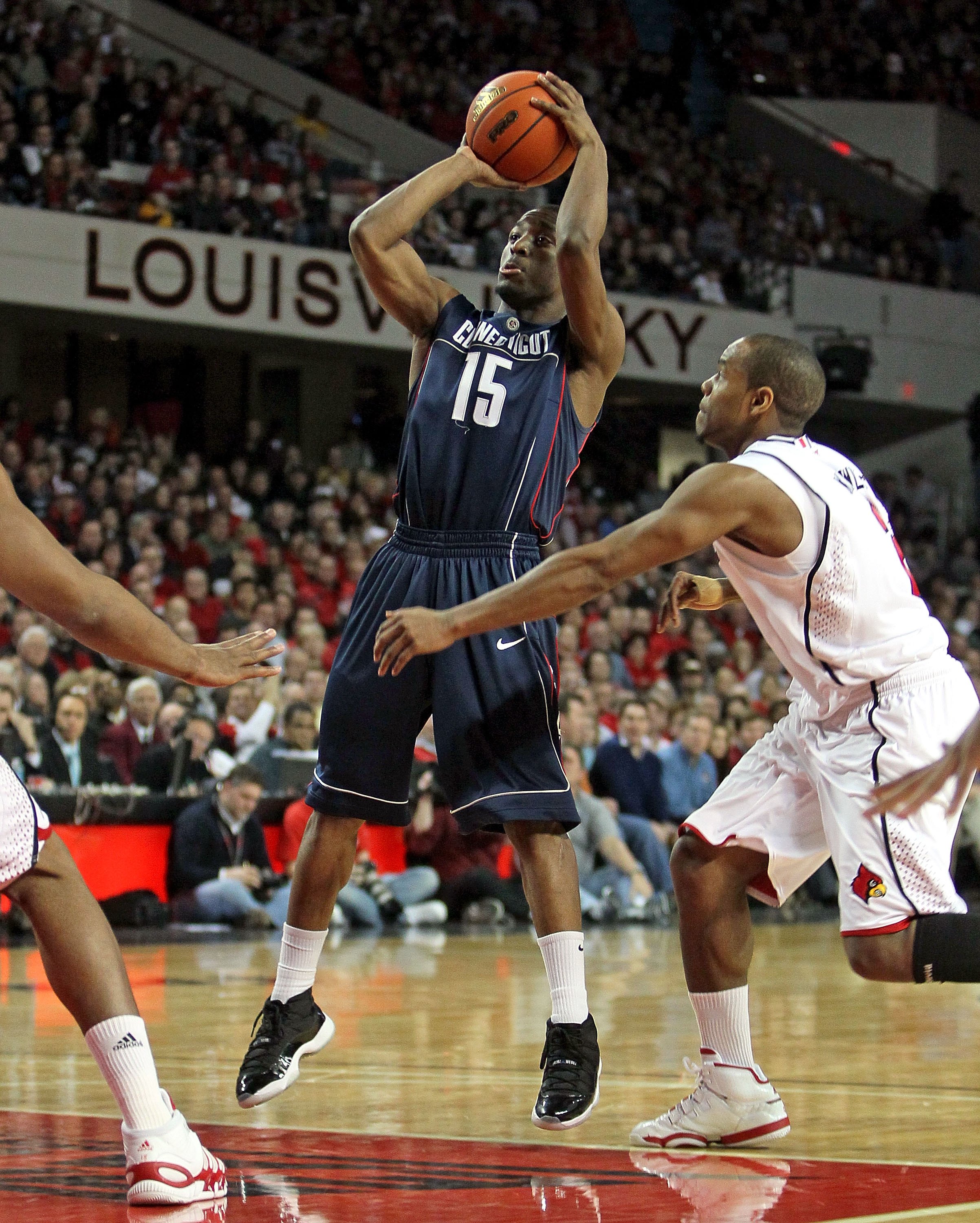 He was also named to the NIT All-Tournament Team.

Early on, Walker is arguable the top player in this class.

He leads the country in scoring (30 ppg), while he also is grabbing 4.2 rebounds and handing out 3.6 assists per game.

He led the Huskies as they won this year's Maui Invitational. 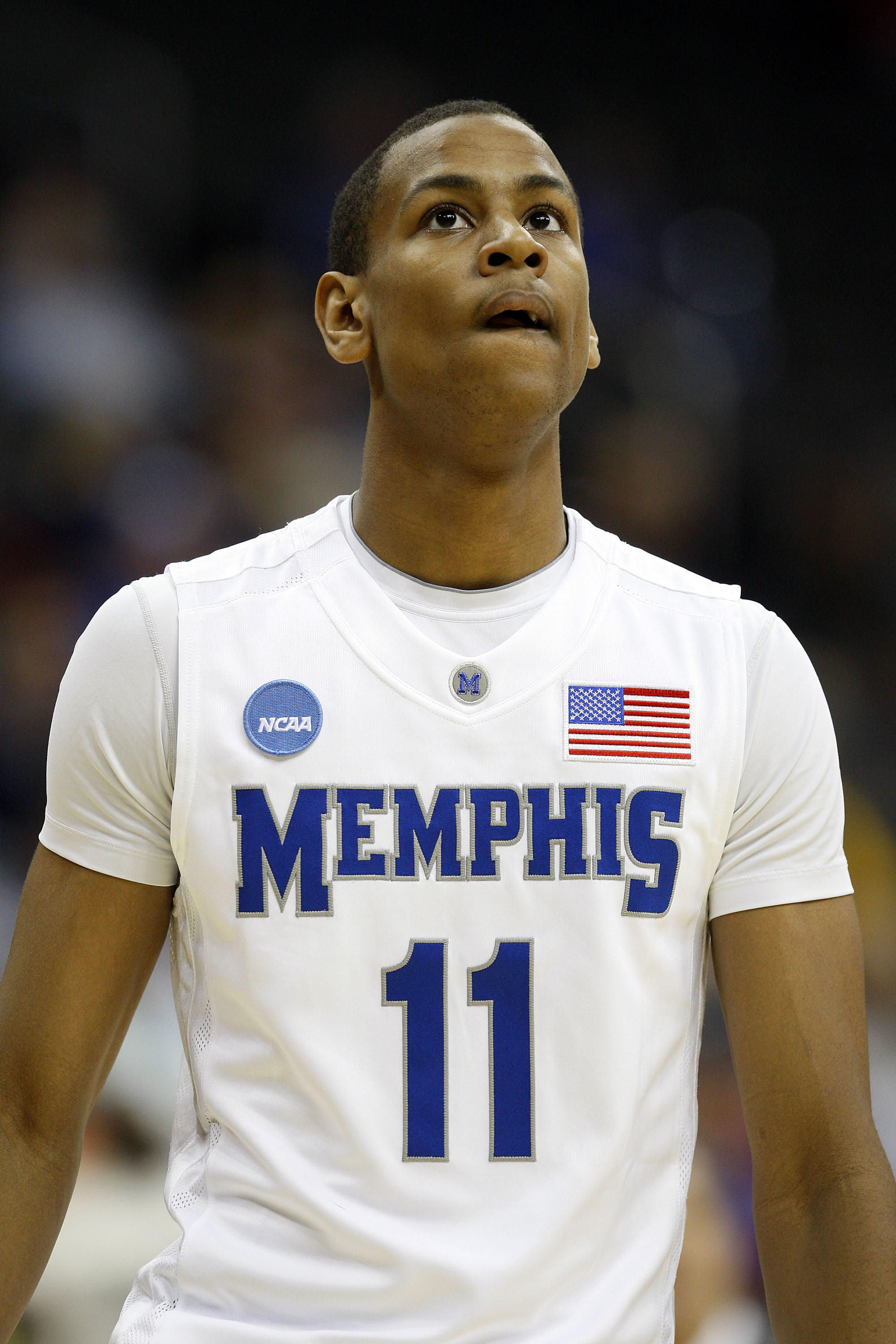 Early this season, Witherspoon leads the Tigers in both scoring (15.4 ppg) and rebounding (5.6 rpg), as they are undefeated and currently ranked No. 15. 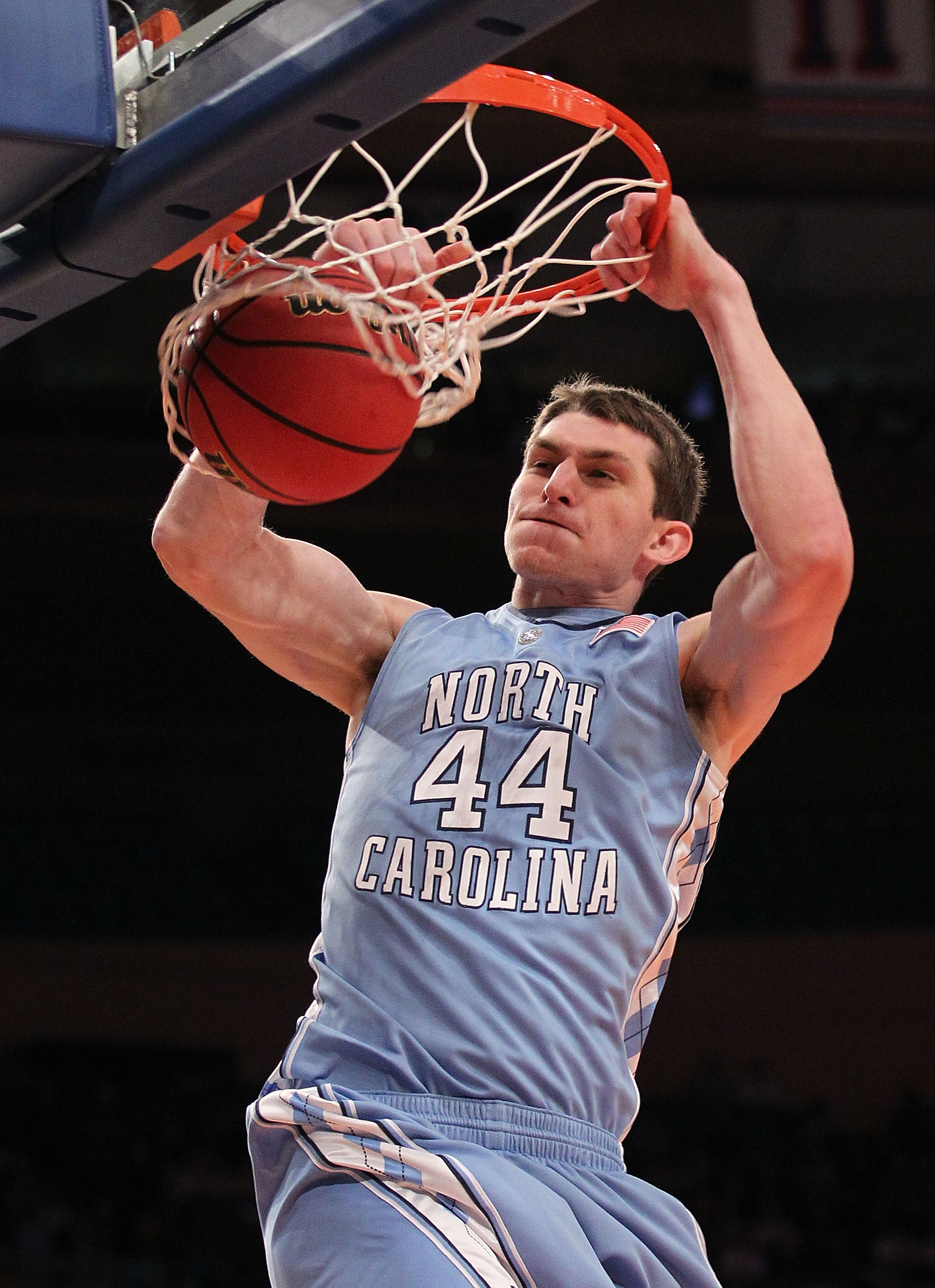 Last season, he was fourth on the team in scoring at 9.3 points per game.

This year, Zeller leads UNC in scoring (15.5 ppg) and is second in rebounding (7.8 rpg) as the Tar Heels look to stabilize after an uneven 4-2 start.