Any discussion of the Greatest NBA Championship teams, for the sake of the even larger job of dissecting the dynasties, has a right to begin with special anomalies such as the 1967 Philadelphia 76ers.

Also known as the unstoppable squad with an immovable force in Wilt Chamberlain, this smooth wrecking crew steamrolled its way to a 68-13 record, which, at that moment stood as the best of all-time.

Now this 76ers squad didn't just win because of the Big Dipper's ridiculous 20-point, 20-rebound season, nor by any freakish eight-month string of luck; it won from the depth of having two other future Hall of Famers in Hal Greer and Billy Cunningham, and some of the greatest bench minds in head coach Alex Hannum and coach-in-training Matt Guokas.

Hannum came into this season having already won 1964 NBA Coach of the Year honors, partly for discovering the delicate formula that honed in Chamberlain's towering talents and molding them to create a group that finished first in the NBA Western Division.

Heading into the '67 season, though, the team was completely revamped; the Warriors were now in the Bay Area and Philly's team was now the 76ers, and the look and feel was team, team, Chamberlain, team.

Chamberlain was undeniably integral due to the fact that the baskets, even if he didn't score them, still ran through him on nearly every play. Hard not to do if you're grabbing 24-plus boards, eight assists, and 24-plus points.

But as Hannum had discovered in '64, Chamberlain needed a supporting cast that knew how to use him, and vice-versa.

Greer and Cunningham were perfect for this.

Both of them stood as solid shooters with good hops and deft touches around the basket. This pliable guard combo, in which both men could run the point, were deadly from 10-to-15 feet, the best spots for a post-passing Chamberlain with a newfound love for dishing it out.

And this type of center-centered post play became the template for future passing big men like Bill Walton and Tim Duncan. Even the legendary Bill Russell was more of an instigator of the Cousy-led fast breaks and less a progenitor of the the slow-down half-court spot-ups of Chamberlain's Sixers.

As a playing style, many could compare this offense to the Spurs dynasty of the early 2000s, or the early-to-mid-'70s Bucks and Lakers with Kareem Abdul Jabbar.

But the '67 Sixers were so much more in that their guard play created matchup problems for nearly every team in the league. Meaning no one else had the one-two punch of athleticism and shooting touch as Philly. The pair combined for nearly 20 rips a game for God's sake!

With all this ball control, and Chamberlain rarely sitting out, the Sixers shot 48 percent from the floor and averaged 125 points per contest.

Then, in the playoffs, the real surprises began, as Greer exploded for 28 points per game and they rolled through the Royals, Celtics, and Warriors, also known as Robertson, Russell, and Thurmond, in seemingly invincible fashion.

The only knock on this team was that much of the competition it faced had been racked with injuries, and thus lost that certain chemistry which the abnormally healthy 76ers had maintained much of the season.

For Chamberlain and his team, it was the one year when everything clicked, something he would experience again really soon

But were they the best? 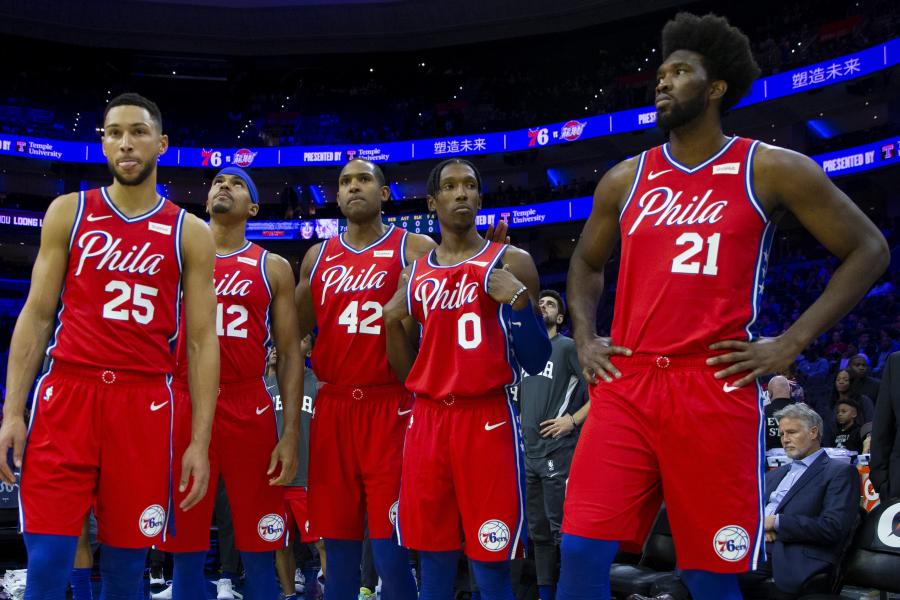