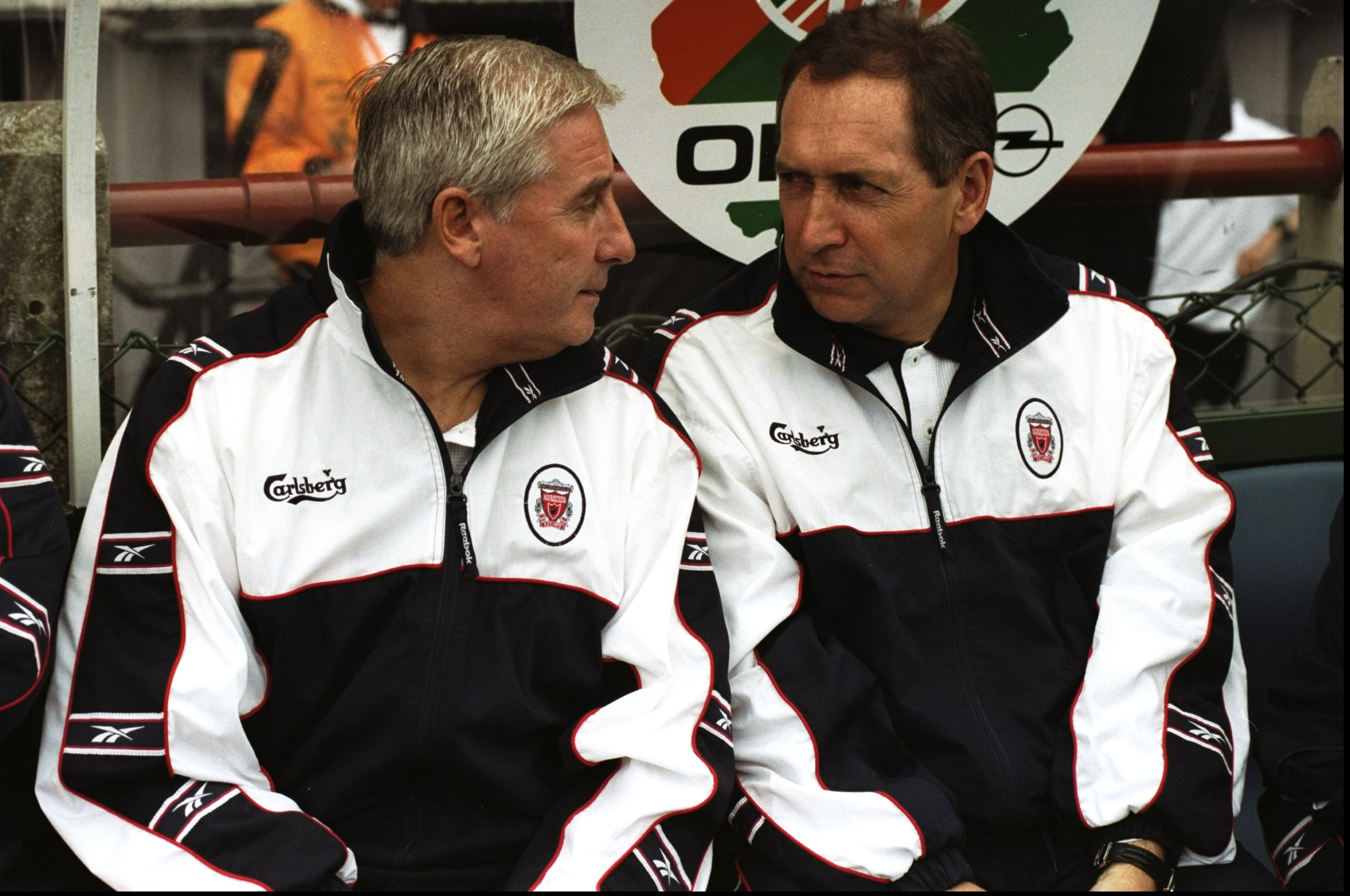 Every summer it seems like Liverpool, as with most big clubs, are linked with a whole host of players who will prove the key the title, the final piece in the jigsaw, the long-awaited prodigal signing.

Once in a while, it actually happens. Fernando Torres, signed in 2007, has been probably the best recent example of this.

Most of the time the players do well, if not spectacular, and either become part of the furniture of the first team or fade into squad member status, price tag not forgotten but ultimately not fulfilled, either.

But once in a while, a player comes along who disappoints to such horrendous levels that fans, teammates and managers alike are left cursing the gods of fate and wondering what might have been if not for injury, loss of form or just plain old bad choices.

Here we look at the three biggest disappointments that Liverpool Football Club have signed in the more or less recent past, taking into account the reigns of Roy Evans, Gerard Houllier, Rafa Benitez and Roy Hodgson. 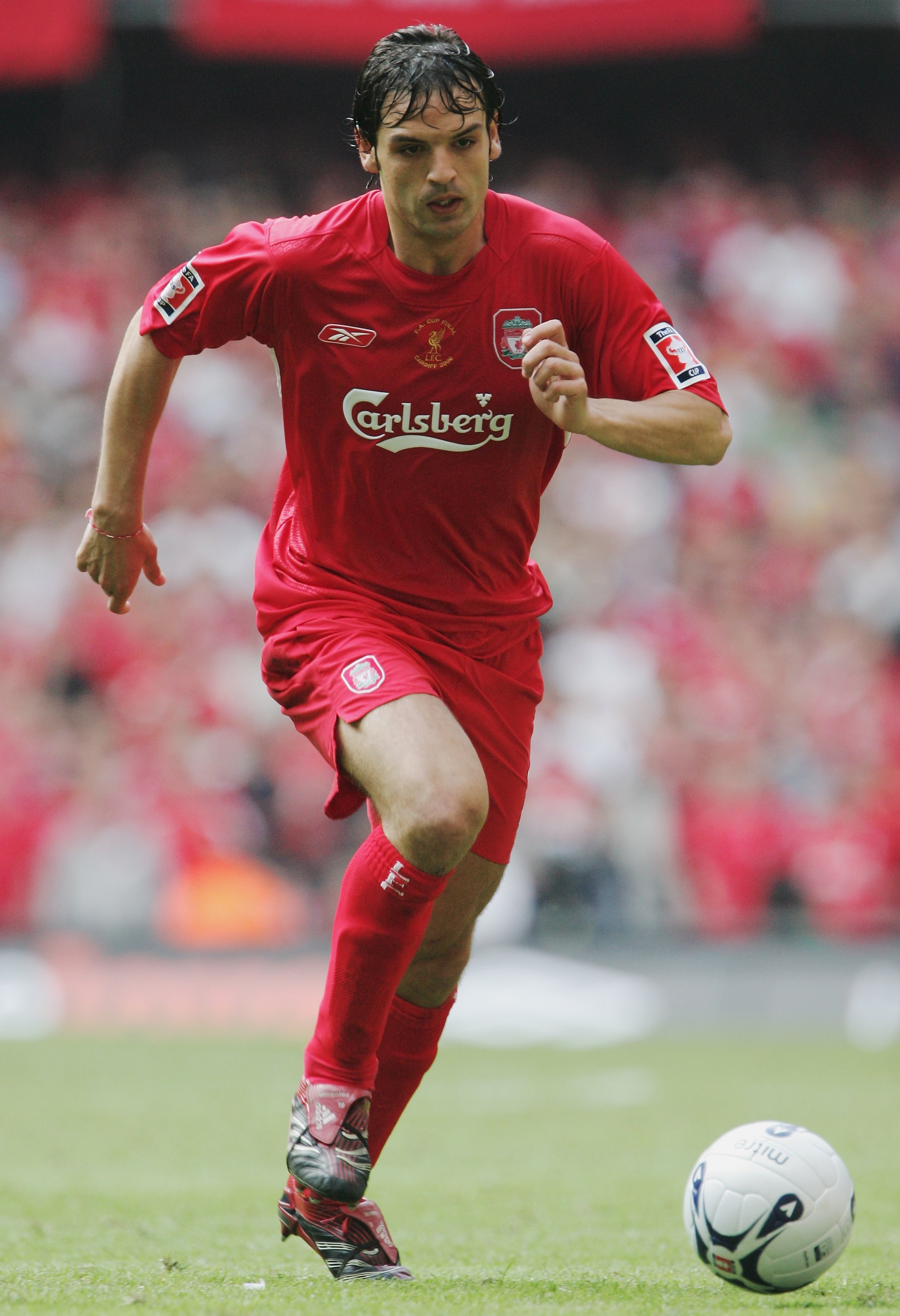 Fernando Morientes was heralded as a great signing, a masterstroke from Rafa Benitez who would fire the goals to take Liverpool to that fabled "next level."

At Real Madrid he had for years proven his ability, both as a link player and a goalscorer, and his spell on loan at Monaco had been just as successful.

When he arrived at Anfield for £6.3 million there was little doubt from supporters that 'Nando would be the spark we needed to get back to the big time.

Unfortunately, it didn't quite pan out that way. Morientes managed just 12 goals for Liverpool in 61 games, although he was part of the 2006 FA Cup-winning squad. He appeared in that final as a substitute. 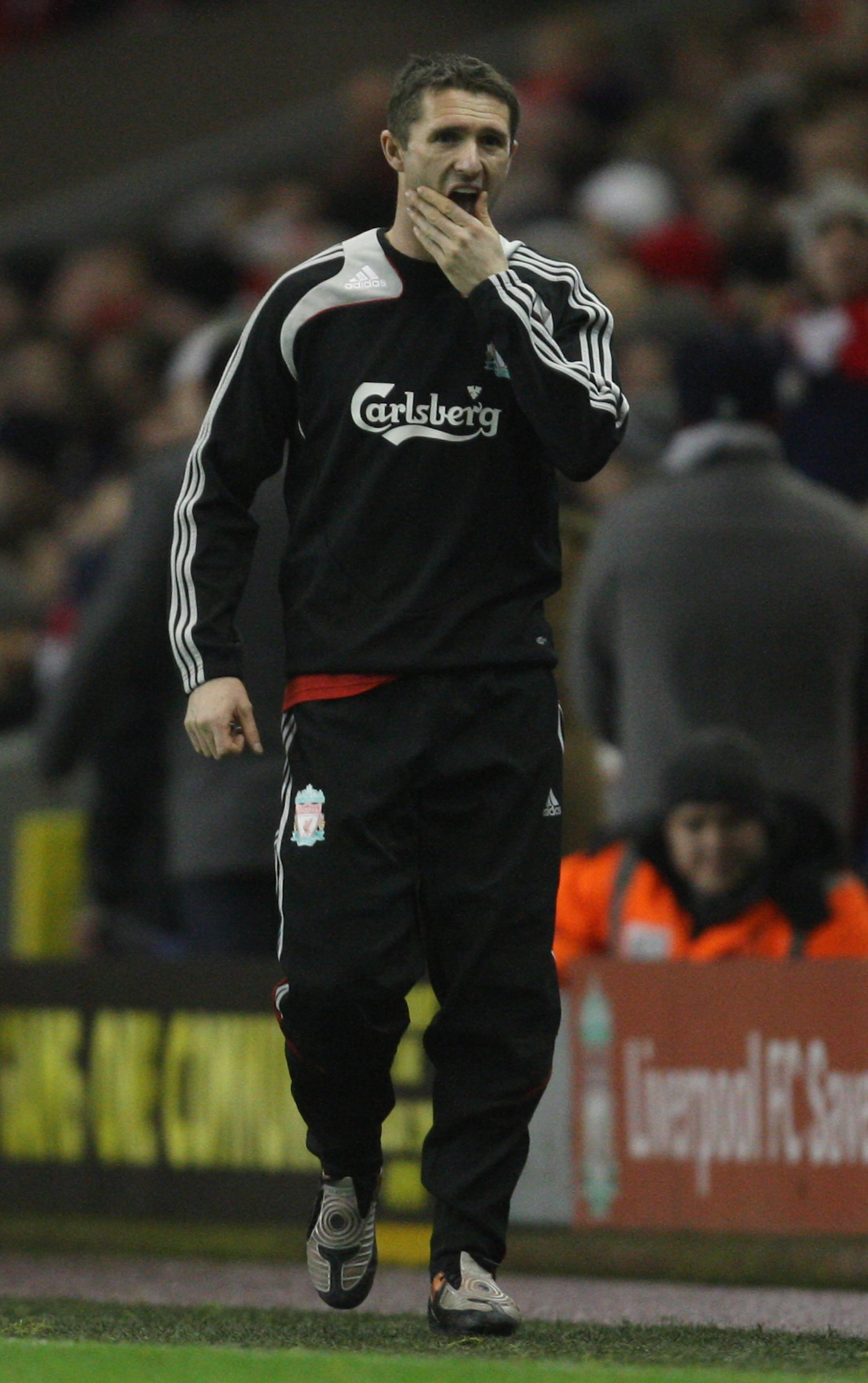 Since Fernando Torres signed for Liverpool in 2007, Rafa and Roy have been looking for the perfect partner for him up front.

Benitez—and most Reds fans—thought he'd found him in Robbie Keane when Keane was signed from Tottenham in summer of 2008. Everyone associated with Liverpool hoped that Keane would continue the marvelous form that had seen him score over 20 goals and provide countless assists the previous season.

But the move was a complete disaster for both Keane and Liverpool. With Torres injured at the start of the campaign, Keane was deployed as a loan front man, clearly not his role. Once the pair were finally played together, they failed to click initially as a duo, and Keane's confidence was hit after missing a string of easy opportunities to add to his goal tally.

After that it was more common to see him either coming off the bench or traipsing towards it after being substituted himself.

Varying reasons were given for the failure of the Irish forward; Rafa was to blame, Torres was to blame, Rick Parry was to blame...but the real reason seemed to be that Benitez wanted Keane to help the team play a certain way, which the additional signing of Gareth Barry would have been key to.

Barry didn't sign, and Keane was left unneeded and unwanted. Six months later he was sold back to Spurs, after just seven goals in 28 games for the Reds. 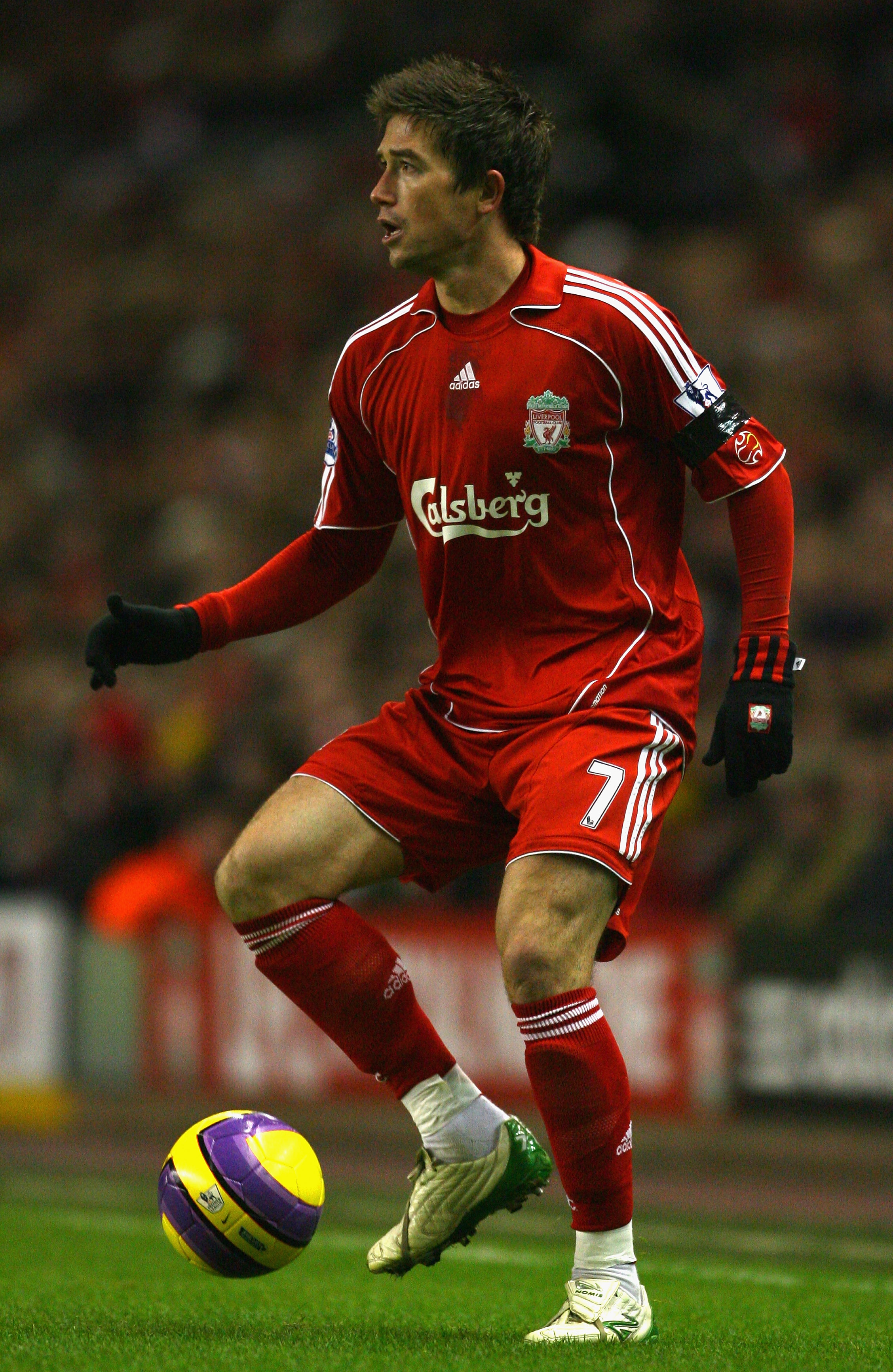 For years under Gerard Houllier, Liverpool had been crying out for a winger. A real winger, with real pace, the ability to beat a man and add to the club's goal tally.

Harry Kewell for the same time had absolutely starred in a Leeds United team, playing with flair, invention and speed. When their off-field problems began and the players began to leave, Kewell to Liverpool seemed a match made in heaven, and Houllier swooped.

A fee for £5 million was agreed—though it is up for debate how much of that Leeds actually received—and our new No. 7 arrived.

But within a few games, unrest began. Why was Kewell, a left winger for Leeds when we signed him, played on the right for Liverpool? The lack of balance in the team continued, and though Kewell's first six months in Red proved productive in terms of goals scored, problems began. In all, Kewell scored 11 times and played 49 games in his first season at Anfield.

Soon after, however, Kewell's injuries began to strike. The sheer amount of them, the repetition of them and the increased time it took the winger-cum-forward to return from them made it worse by the month. Suffice to say that in five years at Anfield, Kewell made just 139 appearances, an average of less than 28 matches per season. Taking out his first season, Harry's final four years yielded a mere 90 matches (22.5 per season average) and just five more goals.

Frustration on the fans' part turned to disbelief and even anger when the Australian attacker returned from injury just in time to start the 2005 Champions League Final in Istanbul, only to leave the field of play only 23 minutes in...yet again through injury.

This was not the end, though. History repeated itself a year later as Kewell took a surprise starting berth in the FA Cup final before succumbing, yet again, to injury and being replaced at half time.

Barely any playing time for Liverpool followed in 2006/07 after getting injured in the 2006 World Cup, despite another final appearance, this time as a substitute himself in the 2007 Champions League final in Athens. One final season of injury-plagued frustration at Anfield saw his contract expire in 2008 and Kewell left the club, and indeed the Premier League.

A travesty for Kewell himself that he never fulfilled his potential at the club, but more importantly, it is probable that both Houllier and Benitez both wished they could have called upon a fully fit and in-form Harry Kewell. 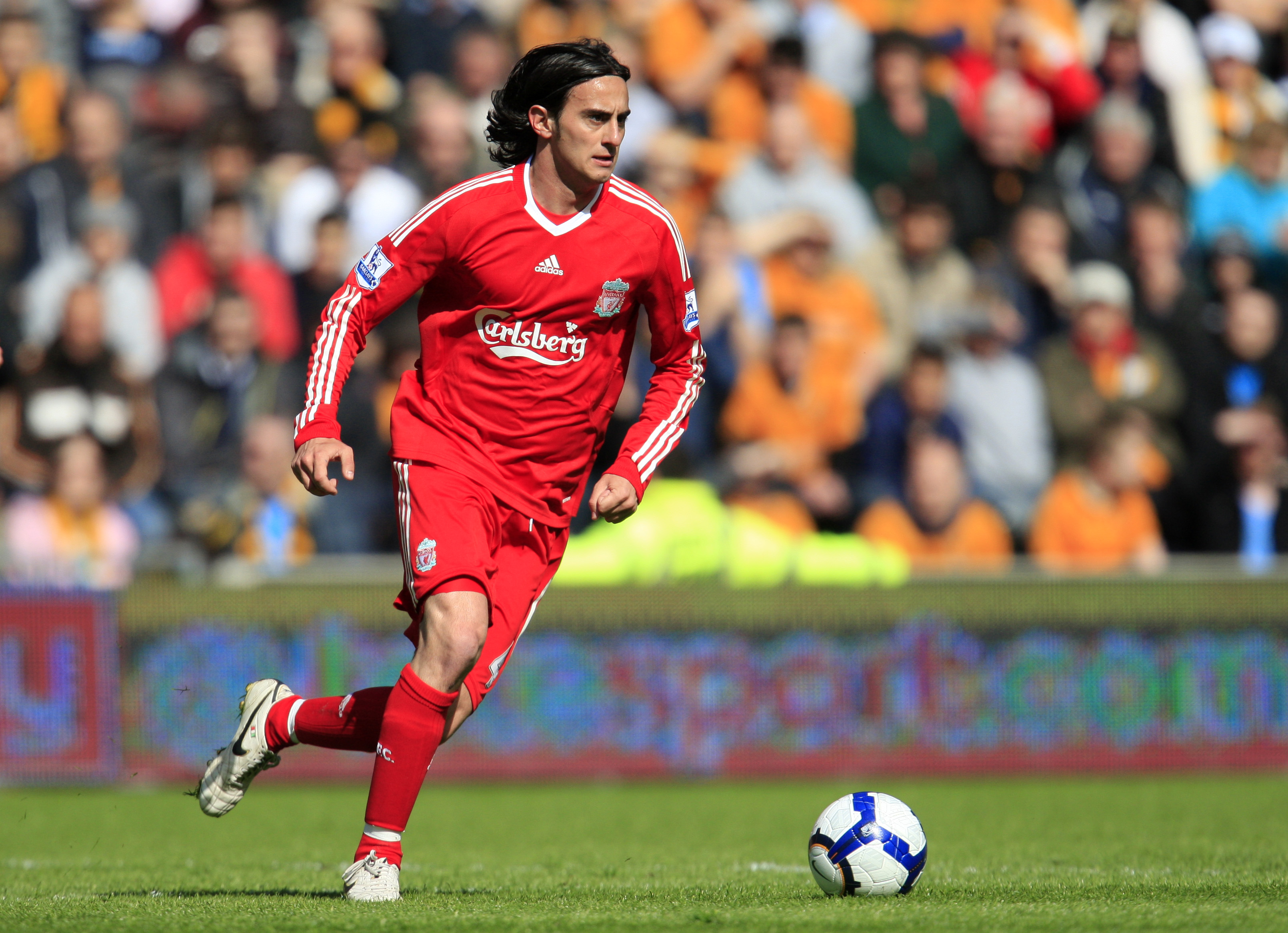 Alberto Aquilani, at £20 million and as the replacement for Xabi Alonso, is another player who, like Kewell, struggled to deal with injury while at Anfield. His place on this list is deferred as he has only—so far—left the club on loan to Juventus. While it is unlikely he will return, stranger things have happened (like Voronin being recalled after his loan spell).

Ryan Babel is another who has desperately disappointed, though more through lack of application and endeavour on his part rather than injury. Say all you want about Babel not being given chances, he has NOT delivered when played, whether as a sub or starter. Again, he is left off the list in the eternal hope that he will come good and deliver on the initial promise of his first season.

El-Hadji Diouf, signed for £10 million in summer of 2002, was brought in to lead the Liverpool attack alongside Heskey and Owen, to add craft and goals to their speed and strength. All he actually brought to Liverpool was shame and ill-feeling, spitting on a Celtic supporter and at pretty much any opposition who came near him, and causing havoc at team gatherings. A player who should never have gotten near Liverpool Football Club, Diouf misses out on this list because I don't feel him worthy of being named Number 1, 2 or 3 in any list, even if it is a bad one.