WWE Bragging Rights: 5 Reasons Why Team Smackdown Has the Edge 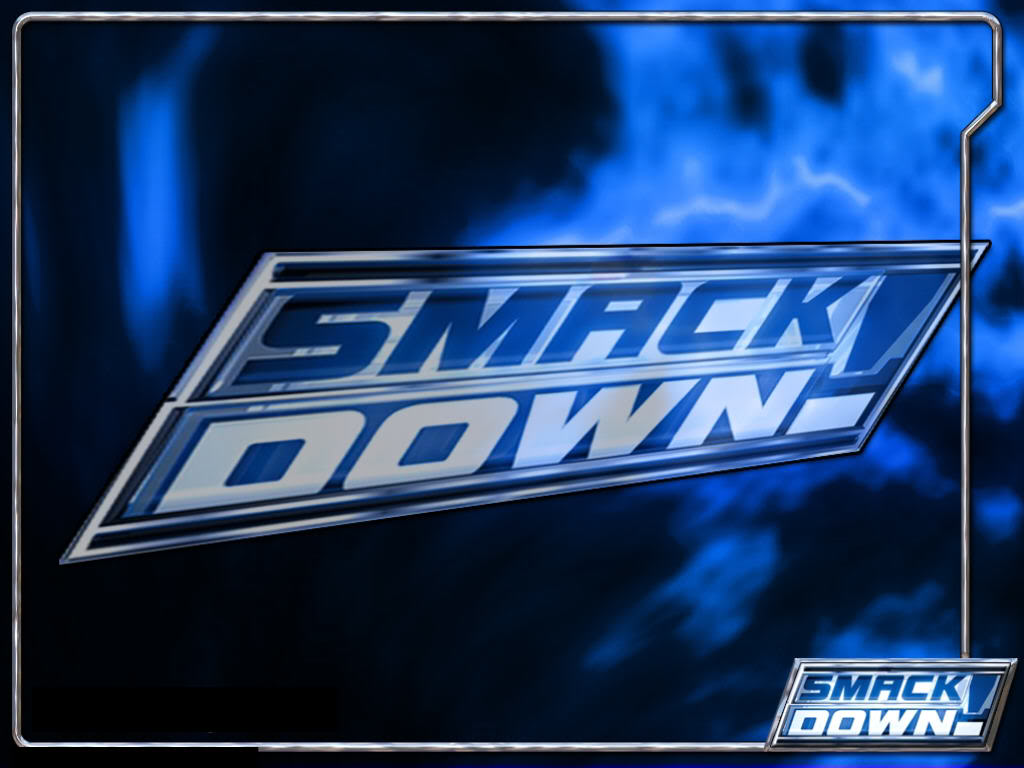 The second annual edition of Bragging Rights is getting close, so I decided to be part of Bleacher's Report coverage of this pay-per-view.

During this PPV, Smackdown and RAW will collide in order to determine the most dominating show.

Though Smackdown superstars were able to top RAW superstars in every confrontation they had on the road to Sunday night's PPV, most predictions are indicating that Team RAW will be able to pick up the victory.

They base their analysis on a criteria that says, "Whenever someone is dominating during the build up of the PPV, he ultimately loses in the end." They also say that Smackdown won last year, so why make them win twice?

I think this criteria doesn't always work, and I can give Randy Orton and Kane during their road to Night of Champions as an example.

Anyway, I won't use such concept in my slide show.

Though I might agree that RAW could win, but in the next slides, I'll give five reasons why Team Smackdown has the advantage on their side.

1. History Is On Smackdown's Side In Most RAW VS. Smackdown Collisions

That's a truth that no one can deny.

Even though RAW is WWE's flagship show, Smackdown was able to prevail on numerous occasions in an interesting maneuver.

I won't name all events that had Smackdown top RAW, but I'll remind you of Survivor Series 2005 when Team Smackdown was able to beat Team RAW. Of course, no need to forget last year's Bragging Rights PPV where Smackdown won, too.

Even during Smackdown or RAW events, the blue brand seemed to gain the upper hand most of the times.

The only times we didn't see Smackdown prevail were during the annual draft shows. Instead, we witnessed a tie in match victories. Of course, this was done so that we don't see all drafts going to one show.

However, during the post-draft Smackdown this year, the members of the "B" show were able to top the "A" show members in all matches.

Even during the last episodes of RAW and Smackdown, the red brand weren't able to prevail in any single angle other than Daniel Bryan's attack on Dolph Ziggler.

Whether in normal confrontations, an elimination match, or even one-on-one matches, Smackdown was on top all the times. Even when the World Champions of both shows battled, Kane was about to win if it wasn't for his brother's interference. I know this match has nothing to do with Bragging Rights, but I'm just giving my thought on this.

I know that these might not be solid reason for Smackdown to win, but I'm only saying that this is an advantage on their side. And if you think that RAW needs the win so that they can push their ratings, I'll say that Smackdown needs the win because of the reason you'll read in the next slide.

2. Smackdown Need To Solidify Themselves On SyFy 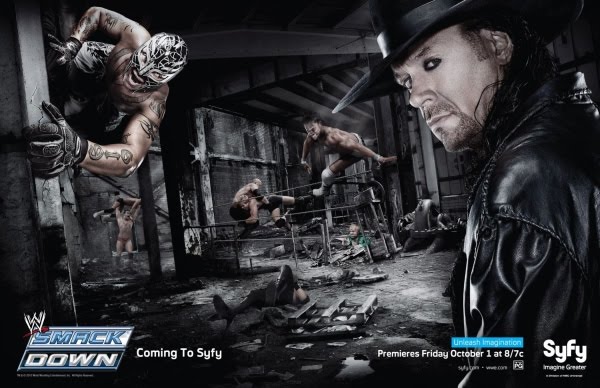 Last week they scored 1.83 ratings. Those are record ratings for SyFy as Smackdown became the most watched show on this network since 2005. But still, those ratings are no big deal for the blue brand and they did pull them before.

So maybe Smackdown still needs more pushes. I know they've been given those pushes for many years. But why not give them another push as they're still building themselves on SyFy?

3. Most Smackdown Members Have Huge Momentum On Their Side 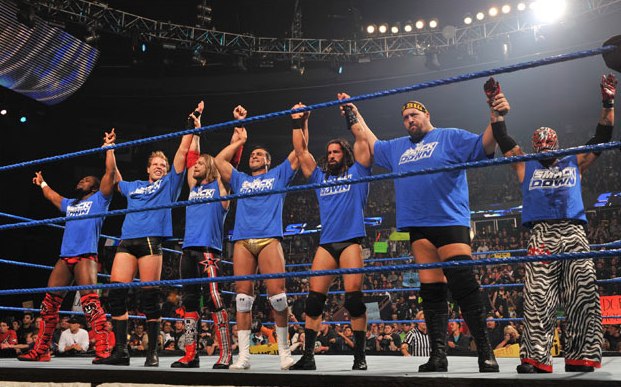 It's easy to say that most Team Smackdown members are on huge singles run, while most Team RAW members seem struggling.

Let's take a look at each member of Big Show's Team:

Kofi Kingston: He might be the only one who recently lost momentum after failing to retain the Intercontinental Championship. But he's still not looking bad.

Jack Swagger: He has the mascot, isn't this enough? Joking aside, though he lost to Edge, but he was able to pull several victories with his ankle lock move. He still needs to build more momentum, but he doesn't seem to be going down right now.

Tyler Reks: I know he just returned last week, but he quickly made an impact by crushing an over-confident Kaval and taking his spot. He even pulled his finisher on Miz in the last clash between the two teams.

Alberto Del Rio: Yeah, he lost to Rey Mysterio, but can we deny the fact that he's still getting a big push? No. Enough said.

Rey Mysterio: He just returned three weeks ago after an injury and caused Del Rio his first on-screen loss. Mysterio has always had momentum on his side, and he hasn't lost it since his return.

Edge: He's been on a monstrous run ever since moving to Smackdown and never lost a step afterwards. Furthermore, he was the sole survivor in the two confrontations between the teams. Expect him to last until the end. He's more than ready to get revenge on the red brand and its manager.

P.S. The captain is mentioned in the last slide.

So if Smackdown superstars can put their conflicts aside, they have the advantage on their side.

4. Most Team RAW Members Are Struggling at The Moment 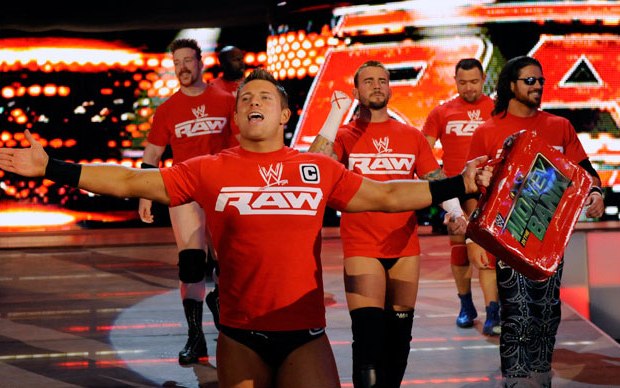 Unlike Team Smackdown, most Team RAW members aren't in their best days.

Sheamus: Though he's still looking good, but he lost a World Title match few weeks ago. So his momentum has stopped for a while.

CM Punk: He's been jobbing for months and WWE don't seem to have any plans for him anytime soon other than the move to RAW.

John Morrison: Unfortunately for him, he's been thrown in matches just to show some cool spots and jaw-dropping moves. But he's still struggling to rise and keep momentum.

R-Truth: He's done nothing lately other than dancing with Eve and winning in filler matches. He wasn't even available in the last confrontation between the two teams.

Santino Marella: Do I really need to say anything? It was obvious from his last matches and segments, that he was only added for comedy.

Ezekiel Jackson: Surprisingly, I will say that he's the only one who seems on a good run. I know he just returned, but he looked good in the elimination match, and I won't be shocked to see a surprise elimination by him.

P.S. The captain is mentioned in the last slide.

So to summarize this, most members look pathetic in their singles runs. Of course, I'm not saying this will definitely cause a loss and they could start building momentum from here. But still this is a disadvantage on their side.

5. Big Show Is Better Than Miz As a Captain and He Has a Movie Coming Soon 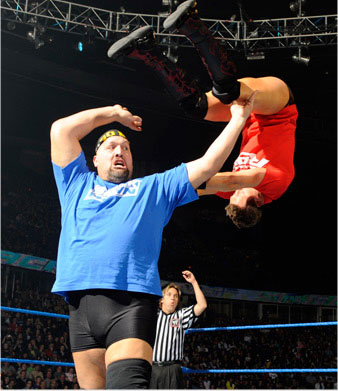 The two captains' current statuses are similar to most of their team members.

Big Show has been on a huge run for months, while Miz has been struggling since winning the Money in the Bank ladder match.

I think Big Show looks better as a leader, and let's just forget how he betrayed his team-mates last year. He seems to get more respect from his members.

Miz: Ever since he won the Money in the Bank briefcase, Miz hasn't been able to build a good momentum. At first he won some matches against Morrison and Evan Bourne, and we thought for a while that he was about to succeed in cashing in his briefcase.

But since Summerslam, he has been bumped. He dropped the US Title to Daniel Bryan after losing twice via submission. Lately, he's still struggling to build his momentum back. Could Bragging Rights be the beginning?

Big Show: Do I need explain anything? Big Show, has been on a huge run for month. He's been on top in most of his confrontations and almost destroyed the tag-team division after crushing all the Smackdown teams.

Until now, his push hasn't lead him to winning title belts, and I even wrote an article about his run and asked if it's leading him to anything.

He's still looking powerful, and even in his last tag-team match, one tag to him and the ring was cleared and the match was over.

Anyway, Big Show's movie, Knucklehead, is coming out soon. Are WWE pushing him because of this? If that's the case, then expect him to be on top this Sunday.

This is another advantage on Smackdown's side.

Of course, this match can go either way, but I was only saying that Smackdown has many advantages on their side.

Other than the controversy available between most of the team's members, they look better than Team RAW.

So what do you think? Will Smackdown beat RAW for a second year in a row? Or will RAW finally get revenge?

All thoughts and comments are welcome.