The Greatest Galacticos: Real Madrid's Top 3 Mega-Transfers Of All Time 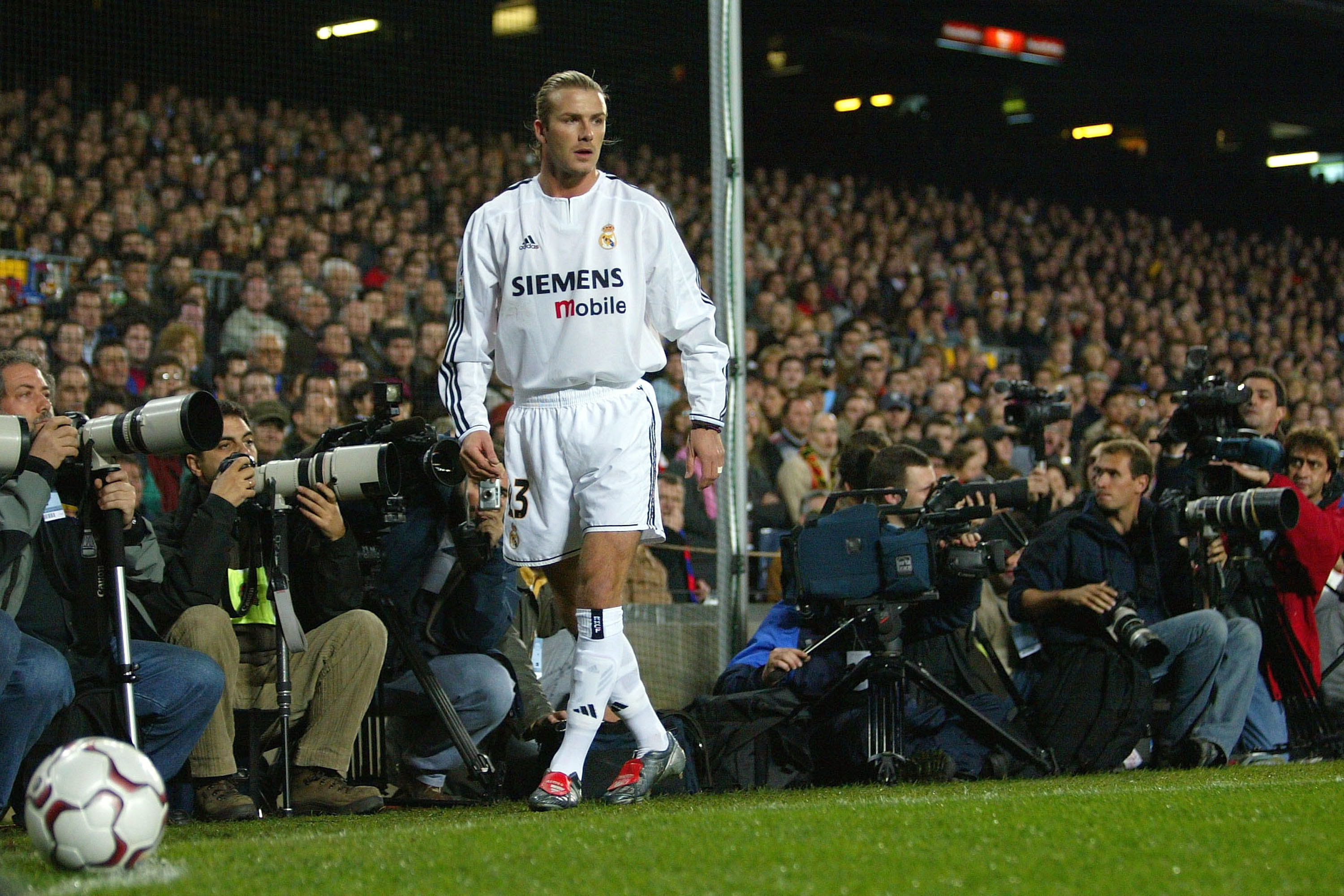 Well, it's been a pretty slow couple of weeks for club football because of the international break, so here's a list of the top 3 biggest Real Madrid mega-transfers of all time.

It'll be important to remember later that I said mega-transfers and not "galácticos": I don't mean the top 3 best Real Madrid players ever, or even the top 3 best galácticos ever. "Best" implies best football players; I mean "biggest transfers"—or transfers that made the biggest splash.

When I say "splash" I mean that they set off a huge media and cultural furor; the simple arrival of the player in Madrid made everyone go into a frenzy, both journalistically and culturally. How these players went on to play has nothing to do with this list; I simply mean to analyze each transfer from a particularly cultural/mediatic point of view.

Please disagree in the comments! 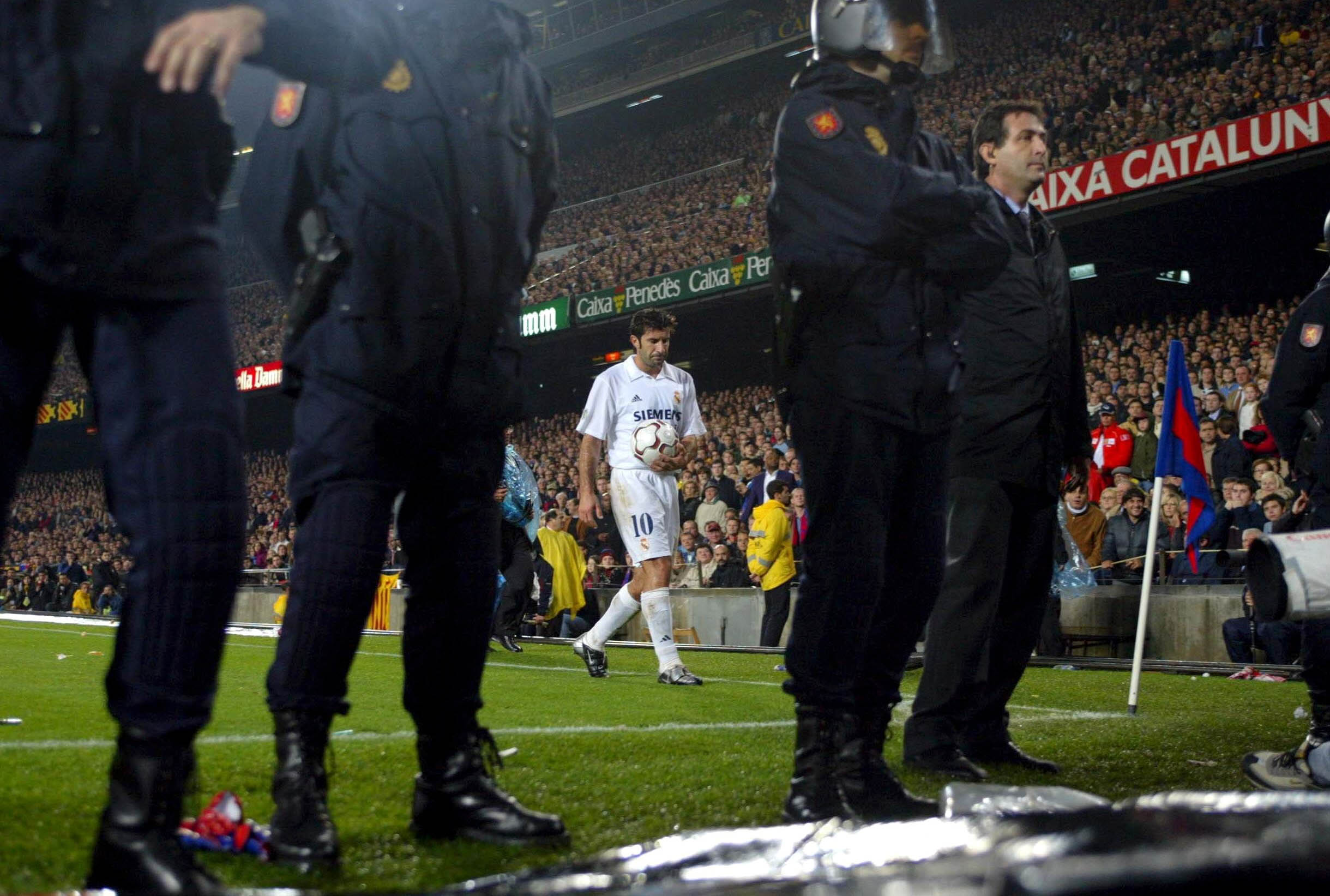 Portuguese star Luís Figo came to Real Madrid from Barça in 2000, and for his remaining years playing for los blancos, he had to be guarded when he set up to take his corner kicks in the Camp Nou. Barça fans hated Figo with such a flaming passion that they would hurl objects at him from the stands; on one particularly notable occasion, an enraged fan threw an entire pigs head at Figo's feet.

(Madrid and Barça would go on to draw that game, which had to be postponed for 30 minutes because the fans kept hurling objects onto the field. I remember vividly watching, shocked, in a Madrid café as everyone around me screamed profanity at the TV. What a day!) 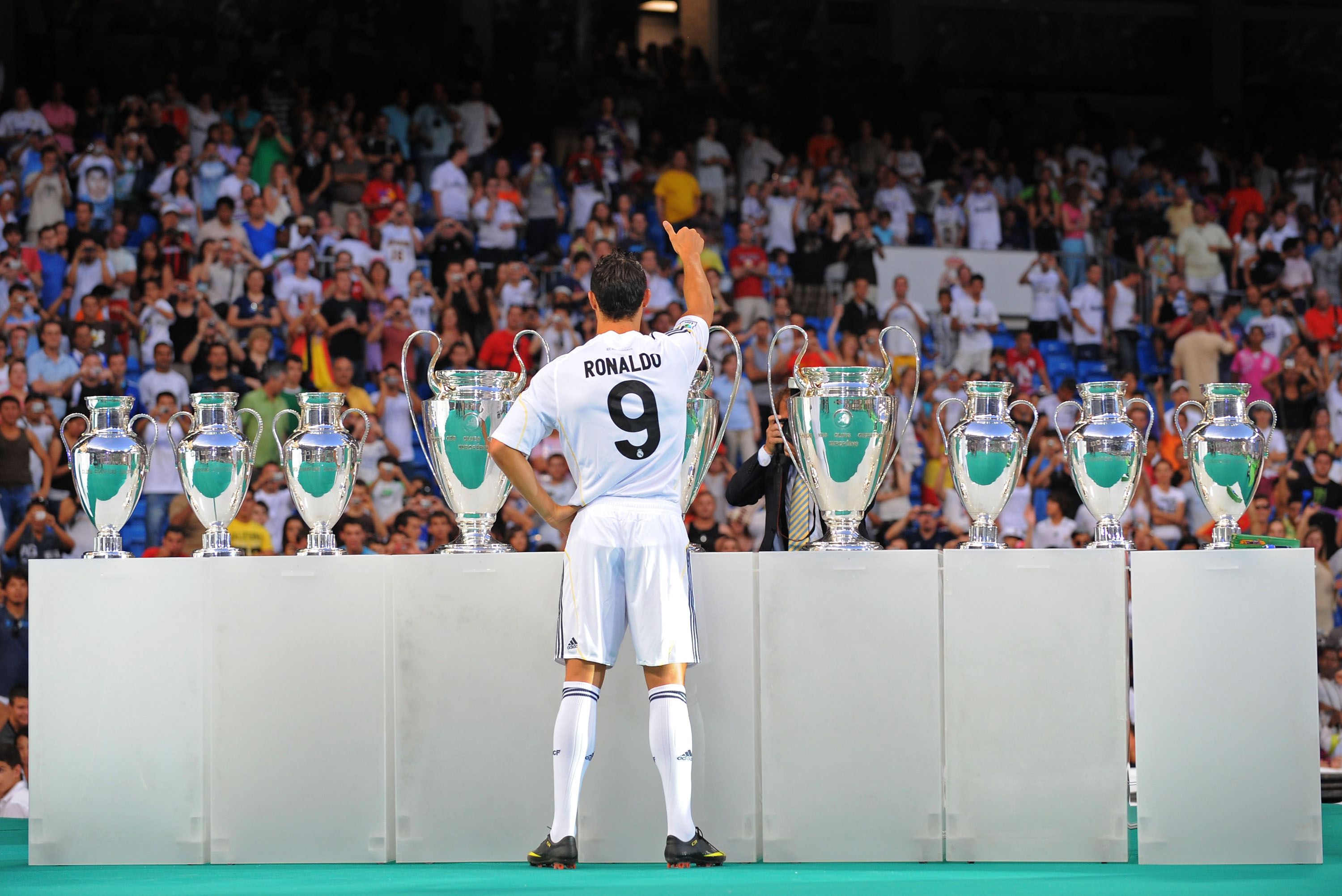 Madrid shattered the transfer record when they bought CR7's rights for 80 million pounds in 2009, and even before he arrived in the Spanish capital, "Ronaldo 9" jerseys were flying off the shelves. The uproar was so huge for CR7 (then CR9), that around 80,000 fans came to the stadium to see the Portuguese phenom. 80,000! That's the highest ever for a player presentation, surpassing Diego Maradona's 75,000 when he was transferred from Barça to Napoli.

And CR7 was presented to the fans only a few weeks after Kaká, who was only left off of this list because of our greatest Mega-Transfer! 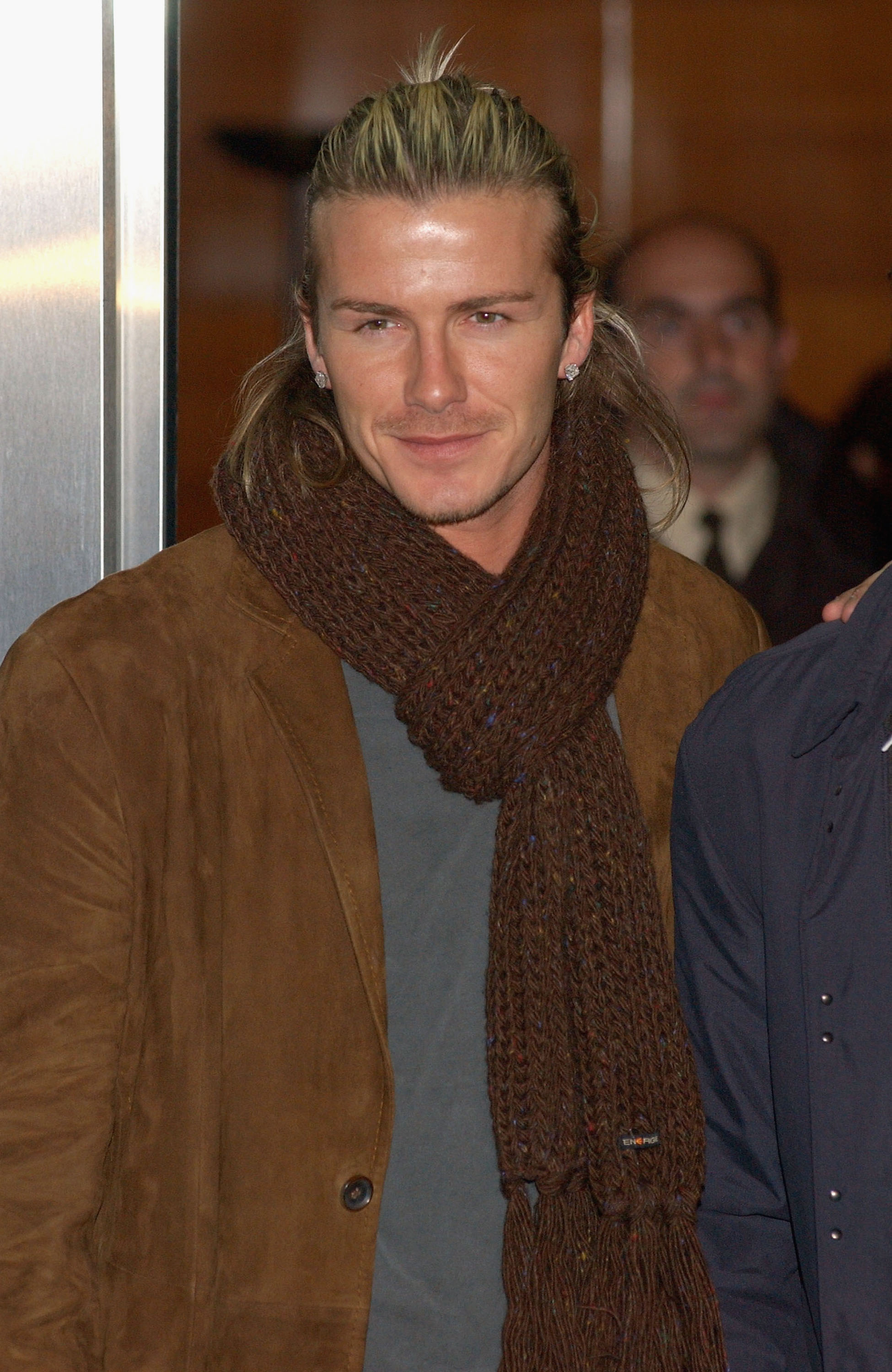 Remember this hairdo? Yeah, so do I...Carlos Alvarez/Getty Images

What can I possibly say about Becks? I lived in Madrid at the time he was transfered, so I remember vividly how much passion the city had about this guy. It was incredible. I won't bore you with the numbers of the deal—they aren't astronomical like CR7 (because honestly, Becks is/was WAY worse). But I will say this: for a solid month before he arrived, and then two to three weeks after, every single headline on every single front page of almost every newspaper had to do with him—and not just sports rags like MARCA or AS—I'm talking big papers like El Mundo or El País. He was bigger than anything I've ever witnessed since, and I live in New York. Every minute of this man's life was documented by some press organization, and everyone ate it up.

Ladies and gents, your No. 1, all-time Real Madrid mega-transfer.