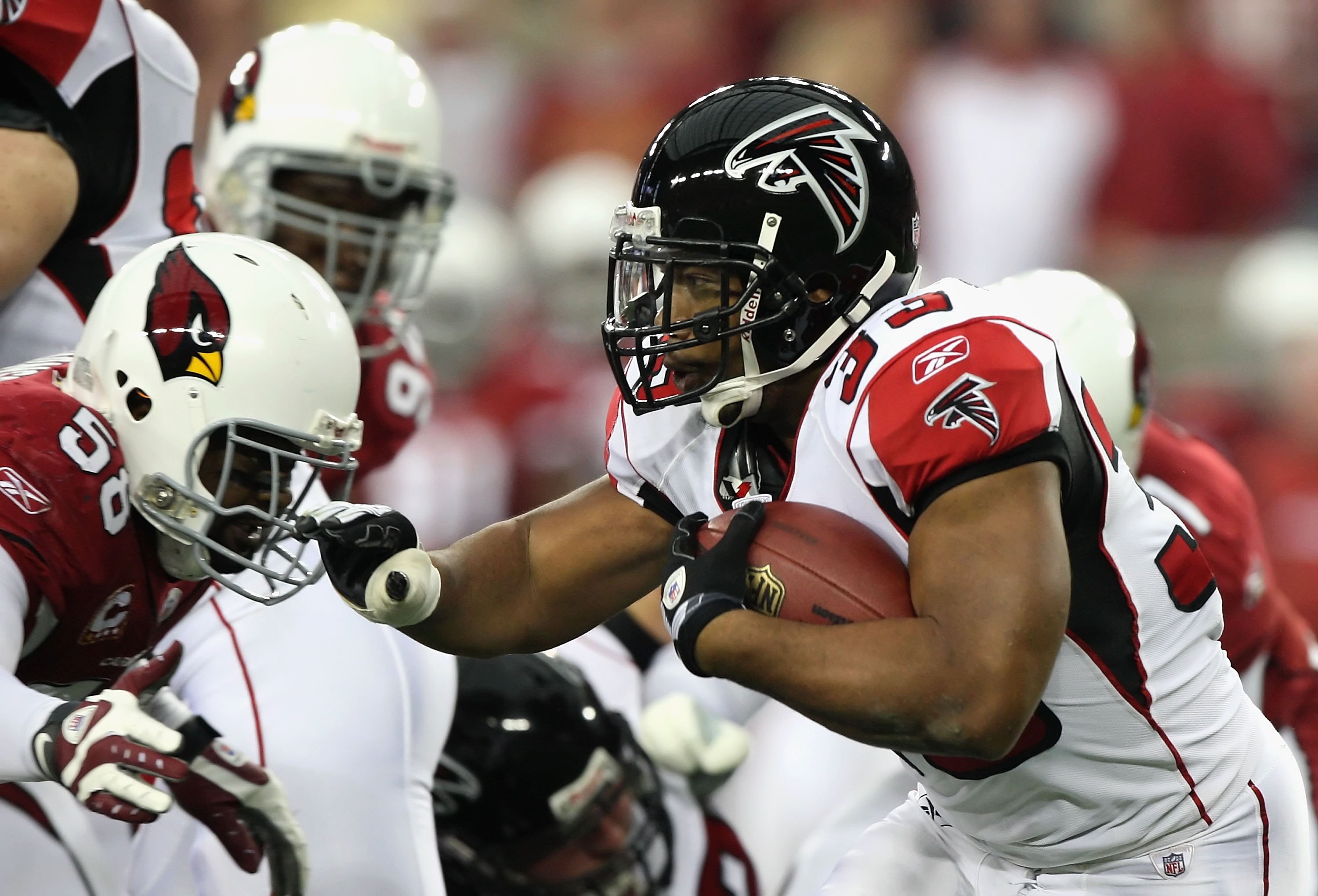 It feels really good to be going into this game 1-0.

It really, really does.

Can you imagine going to the East Coast 0-1?

Forget that—can you imagine going to play in Atlanta as 0-1?

But now, there's even a slight possibility of 2-0 (not to most NFL experts, but hang with me here).

Let's face the stark reality though: Arizona is not favored to win this game.

In fact, if the game were "simulated" 100 times, Arizona would probably win 10 or less.

But that still means they can win. So what do the Birds need to do to upset the Falcons?

1. Derek Anderson Has To Be More Efficient 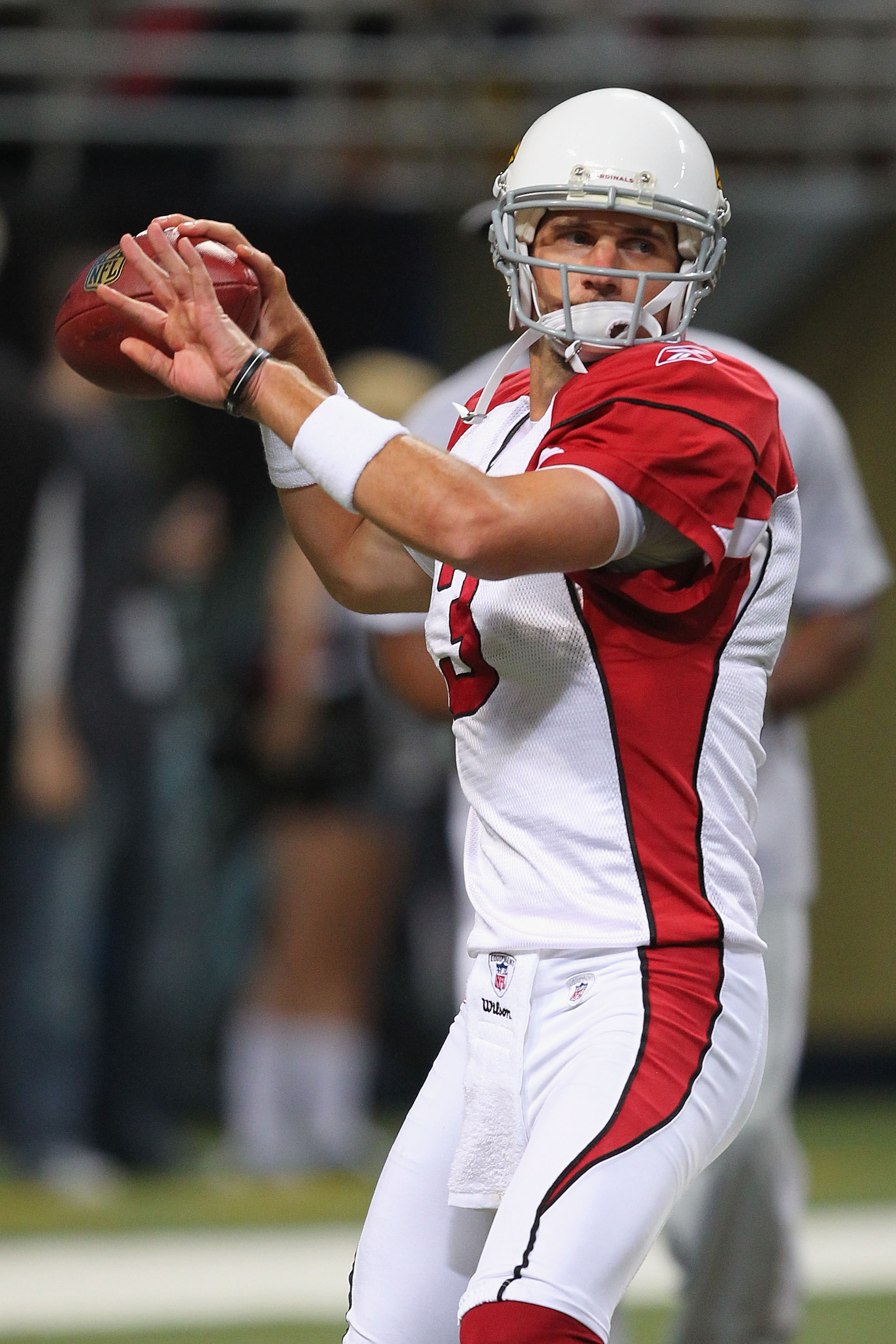 If you put things into perspective, Anderson actually didn't do too badly against the Rams.

For one, he got almost 300 yards, which is impressive.

For another, he was under some major pressure most of the game.

And finally, Larry Fitzgerald wasn't at 100%.

But those are the Rams. These are the Dirty Birds.

And while the Falcons secondary doesn't necessarily scare me any more than St. Louis's, the Falcons have a much better offense (and team overall).

So the Cardinals won't have the ball as much in this game.

Anderson did a good job moving the offense, but they had trouble moving at times in the first and third quarters.

In this game, Anderson has to take advantage of any opportunity he gets.

2. The Defense Has To Put Pressure on Ryan 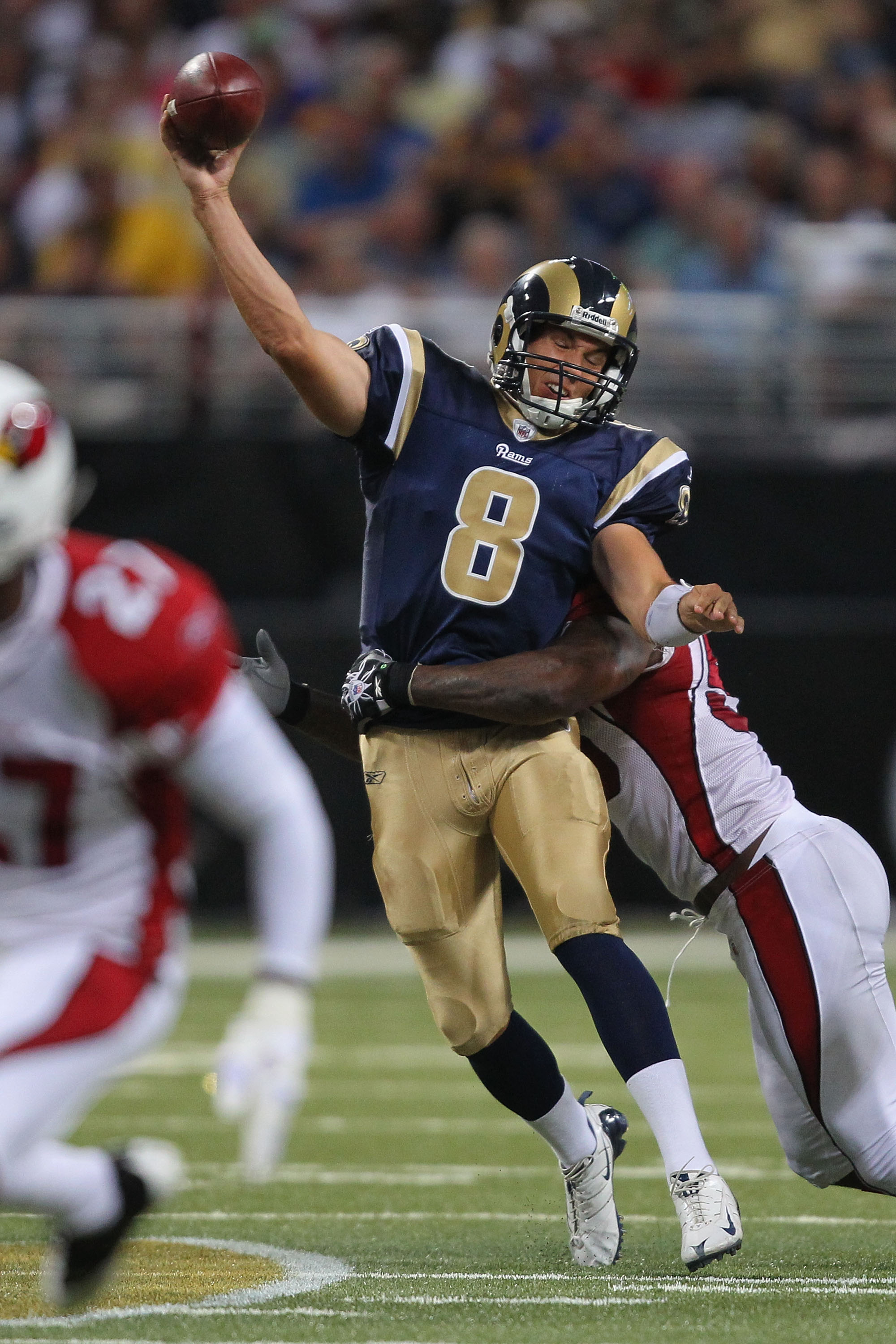 But even he does have the calm demeanor of Matty Ice.

The Cardinals got pressure, sure, but Bradford also threw for over 250 yards.

In this game, they can't afford to just put pressure on the QB. They have to get results.

In other words: sacks.

Calais Campbell had a sack last week, and if he can put Ryan on his back this week, all the better for the defense.

3. The Cardinals Must Run The Ball—Consistently

I'm not sure if there's a more misleading stat than the Cardinals running for over 100 yards last week.

If you put aside your fanship for a second, the Cardinals did not run the ball effectively, other than one drive.

And to make matters worse, word is that Beanie Wells may not play this week again.

Add that to the fact that Tim Hightower had two big fumbles last week, and the Cardinals run game, which on paper should be fairly good, needs help.

If the Cardinals are to steal a win, controlling the ball will be key.

Simple to say, harder to do. But if the Cards can have a more consistent run game (in other words, one to two yards a pop doesn't cut it), Derek Anderson will feel much better. 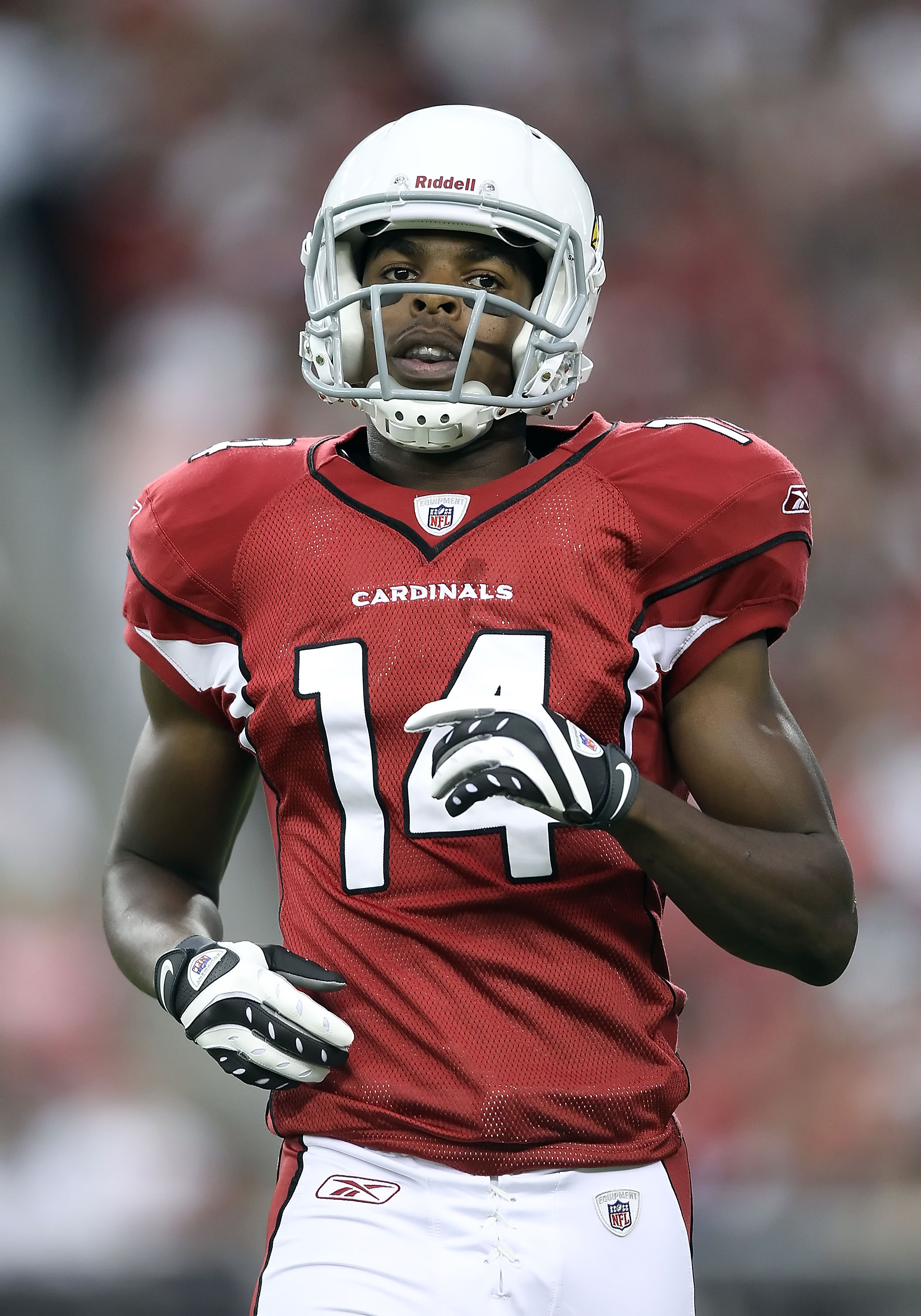 While many fans are focused on Wells being out, maybe just as significant is Early Doucet's injury, which will sideline him for three to six weeks.

This is a big shot to the already young receiving corp of the Cardinals.

Yes, the Cardinals still have Larry Fitzgerald and Steve Breaston, which definitely would help any QB.

But after that, things appear a little sketchy.

Sure, the young trio of Stephen Williams, Andre Roberts, and Max Komar could be great.

But the reality is, they're all rookies.

With Fitz still not 100%, these guys must step up to the plate, as word is Larry will take some plays off to save him from some wear and tear.

Stephen Williams especially comes into the limelight. He had a great preseason, but will it translate to the real games?

Sunday will tell us for sure.

5. Greg Toler Has To Step Up Again 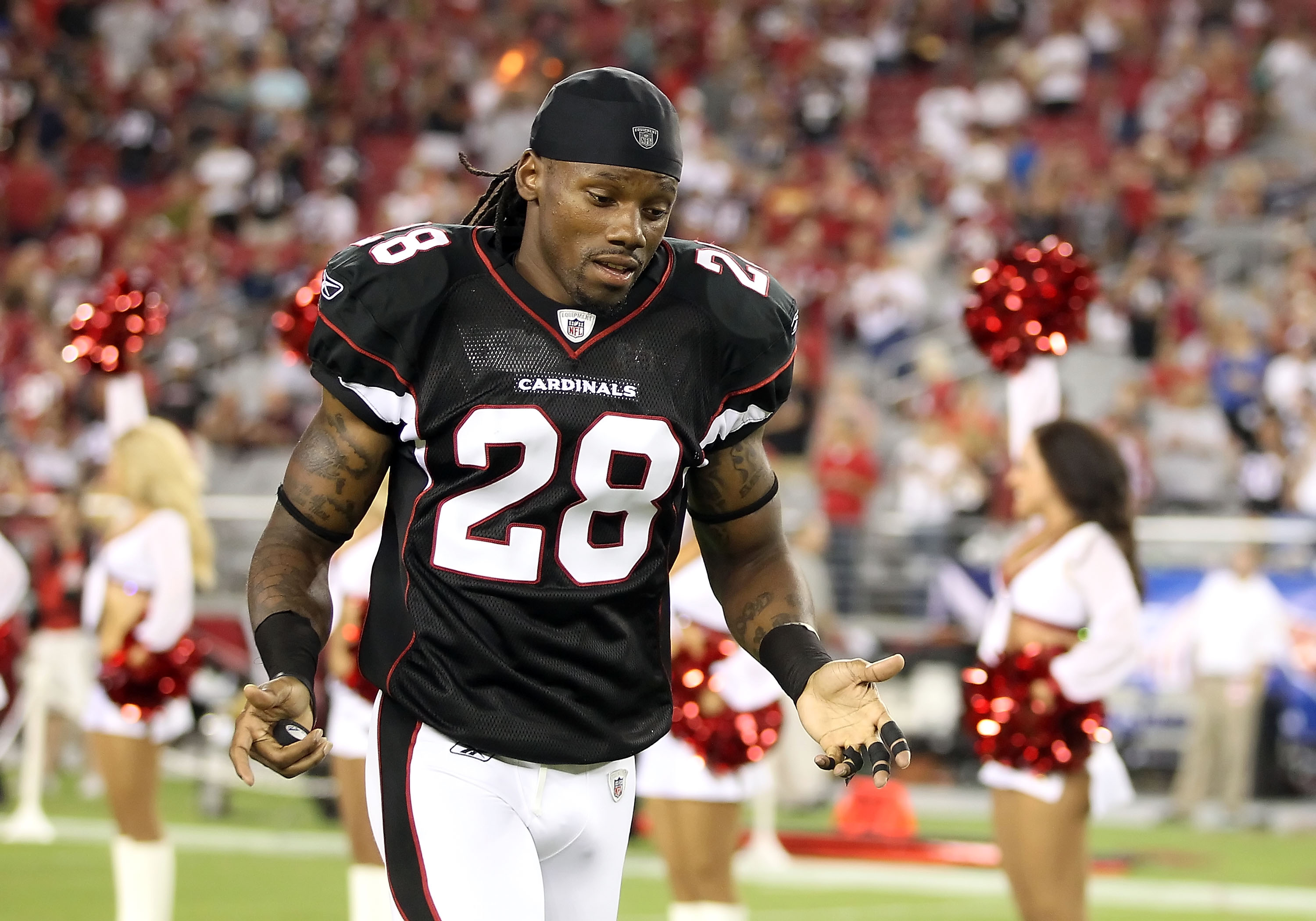 This may seem like a contradiction to you, since I've said in earlier articles how well Toler did last week. After all, he lead the team in tackles.

But when Mark Clayton gets that many yards, that's a problem.

That's not all Toler's fault, but the majority of the blame begins and ends with him.

He's done everything the coaching staff has asked of him, but he has to step up his game a notch to help shutdown the passing game of the Falcons.

If he has another game like last week, that may be enough. Or it may not.

Either way, now that he's the starter, he needs to play like it.