Mr. Clutch: CC Sabathia and the Top 10 Pennant-Race Performances Ever 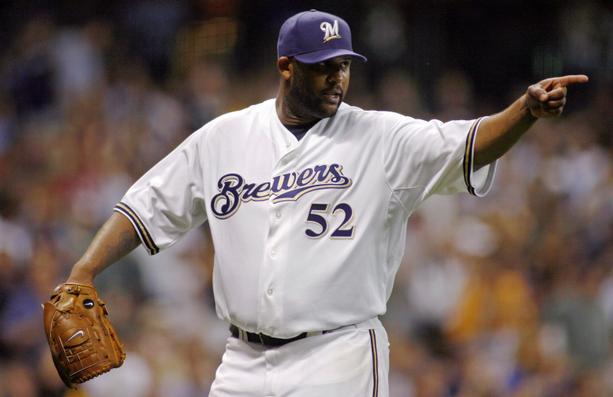 "And down the stretch they come."

Those words, made famous by horse racing announcer Dave Johnson, should be playing on  loudspeakers in baseball parks all across the country.

With the regular season coming to an end, there are some divisions still up for grabs, and wild cards still to be determined.

While we wait to see which teams will be playing in this "second season," let's take a look back at the greatest pennant-race performances of all-time.

While some players buckle under the pressure, these players performed when the lights shined the brightest, and were the difference between a playoff berth, and missing out on a chance at a World Series championship.

Sit back, relax, and enjoy. 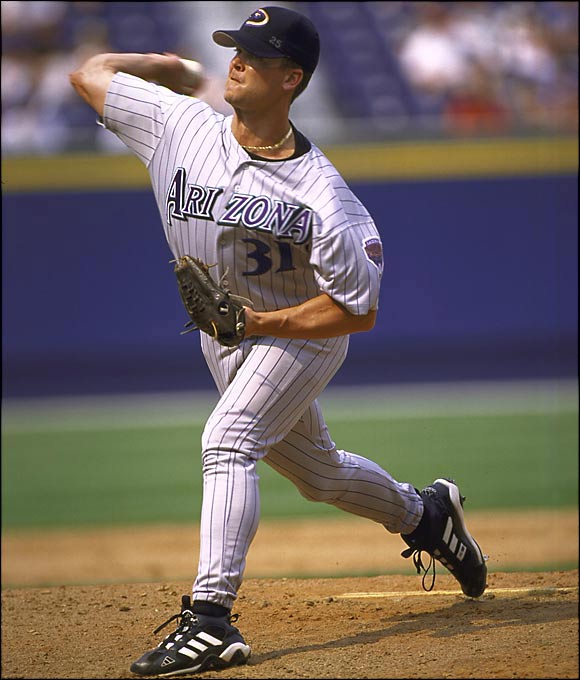 He doesn't enter  out of the bullpen to the music of Mr. Sandman. He doesn't wear No. 42. He's no Mariano Rivera, but closer Matt Mantei resembled "MO" during the 1999 season.

In desperate need of a closer, the Marlins sent Mantei to the Arizona Diamondbacks for Brad Penny, and Vladimir Nunez.  Mantei saved 22 games in 30 appearances, en route to leading the D-backs to an NL West title.

Two years later, Mantei underwent Tommy John surgery, and would never regain his dominant form that we saw during the 1999 season. 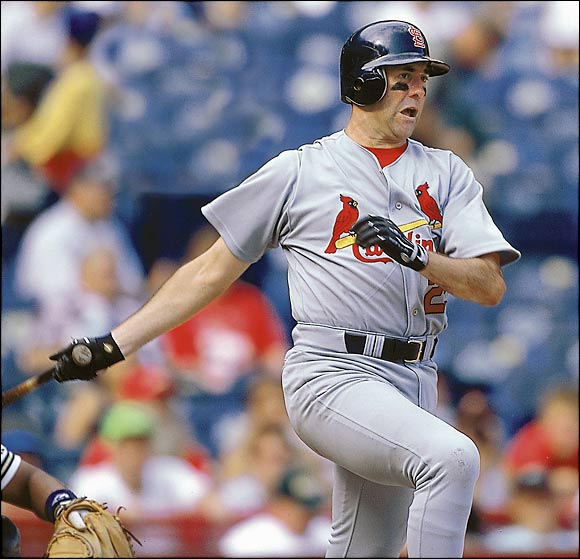 During his final season in the majors (2000), Will Clark was acquired from the Baltimore Orioles to replace the oft-injured Mark McGwire at first base.

A rejuvenated Clark helped the Cardinals defeat the Atlanta Braves in the NLDS, but Clark would play his final game on Oct. 16, 2000, after the Cardinals lost to the New York Mets in the NLCS.

Clark and the Cardinals failed to reach the World Series, but at least he retired after leaving everything on the field. 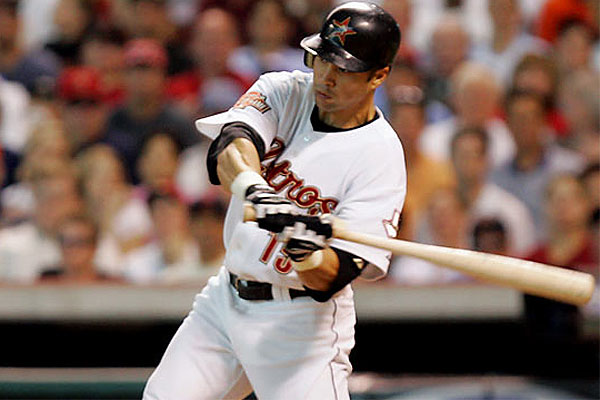 Not only did Carlos Beltran mesmerize the baseball world during the 2004 playoffs by tying the record for home runs in a postseason (eight), and nearly taking the Astros to their first World Series, Beltran performed at his best, when the Astros needed him the most.

Having sent closer Octavio Dotel to Oakland and catcher John Buck to Kansas City in a deal that would bring the five-time all-star and 1999 Rookie of the Year to Houston, Beltran hit .258 with 23 home runs and 53 RBI, to go along with a .926 OPS during the remainder of the season earning a wild-card berth.

Although Beltran's stint with the Astros was short-lived, as he would sign with the New York Mets in the winter, Beltran carried the Astros on his shoulders, and "almost" had a October to remember. 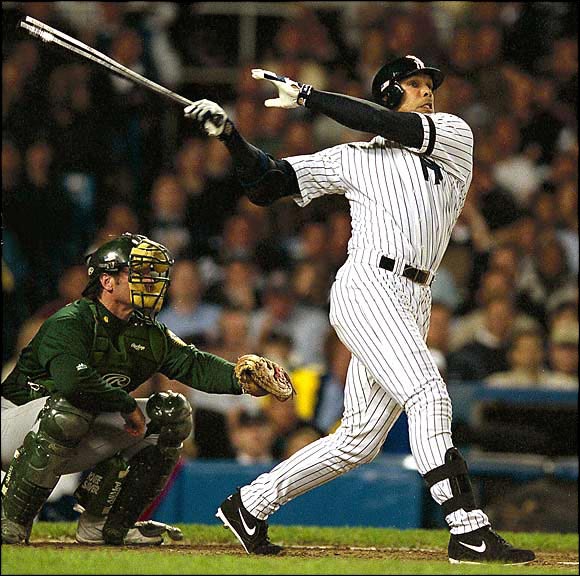 Many of you might remember David Justice's days as an Atlanta Brave, but one of his greatest moments as a major-leaguer came in a New York Yankees uniform.

Needing an offensive boost to add to their lineup, the Yankees acquired Justice from the five-time defending AL Central division champions, Cleveland Indians.

At the age of 34, Justice was hitting .265 with 21 home runs, and a team-high 58 RBI for Cleveland before heading to the Bronx, and appeared to be heading for retirement.

The Yankees took a chance on the veteran, and based on his performance in pinstripes, it was certainly well worth the risk. 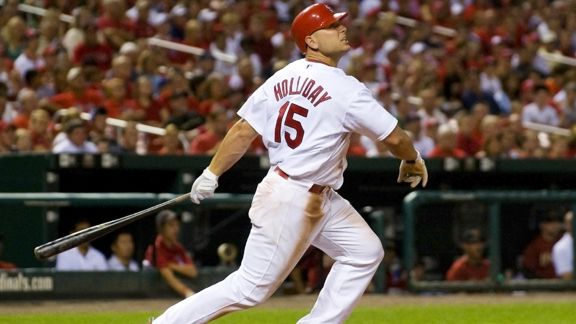 Having recognized the three-time MVP, Albert Pujols needed protection in the batting order, and another offensive weapon in the lineup to make a run at the playoffs, the St. Louis Cardinals acquired Matt Holliday from the Oakland Athletics for for Brett Wallace, Clayton Mortenson and Shane Peterson.

In 63 games, Holliday hit .353, with 13 home runs and 55 RBI, as Holliday provided a much-needed spark to the Cardinals offense, while leading the Cardinals to a 20-6 record in August, a  National League Central division title, and a playoff berth for the first time in three years.

But despite Holliday's magical performance in September, he will always be remembered for the dropped line drive with two outs in the bottom of the ninth inning in Game 2, which would have tied the divisional playoff series at one game apiece. Instead, he and the Cardinals went on to be swept by the Dodgers.

Although Holliday cost the Cardinals a chance at a World Series championship, as he struggled in the 2009 postseason batting .167 to go along with a .231 OBP, and a .417 slugging percentage, with a pennant race performance of a lifetime, Holliday was the one lead his team to the playoffs. 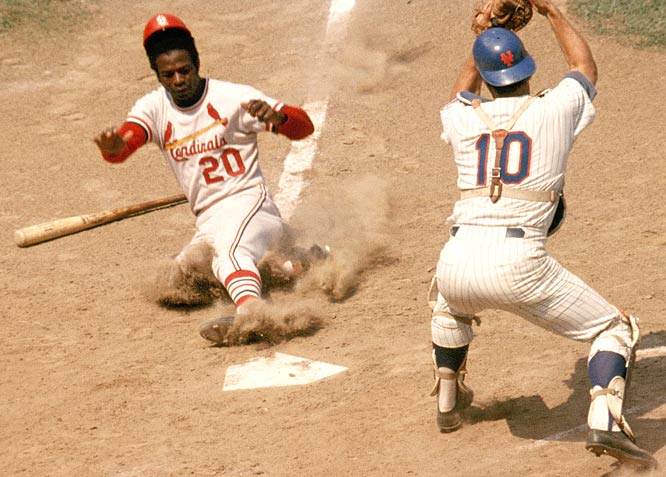 After Stan Musial, who finished his career with 3,630 hits, retired after 22 seasons, the 1964 St. Louis Cardinals saw a changing of the guard in the "Gateway to the West."

Having gone 18 years without a pennant, the Cardinals entered the season coming off  their best season since 1949, after winning 93 games. Now, as they set to begin the '64 season, a major void in the lineup needed to be filled.

After 59 games played, the Cardinals found themselves seven games back in the division, with a record of 28-31, and were looking for a spark.  Therefore, with the trade deadline looming, and the Cardinals were hovering around .500, the Cardinals sent pitcher Ernie Broglio, who went 18-8 in 1963 to the Chicago Cubs for Hall of Famer, Lou Brock.

And led by Brock, for the first time in 20 years, the Cardinals  were World Series champions after defeating  the Yankees in seven games.

Brock went went on to break the all-time record for stolen bases (since broken by Rickey Henderson), and compiled over 3,000 base hits during his career.

Brock had a stellar career.

But without Brock in a Cardinals uniform, there would have been no pennant or World Series championship in St. Louis during the 1964 season. 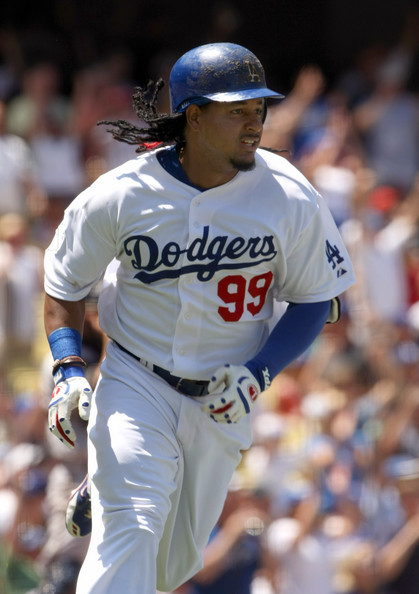 Manny was certainly being Manny (at least on  the field) during the final few months of the 2008 season.

Playing .500 baseball with a record of 54-54 at the time of the deal, after acquiring Ramirez from the Red Sox, the Los Angeles Dodgers would go 30-23, en route to winning the NL West.

Ramirez put fans in the seats, Hollywood became Mannywood, and without Ramirez spending the remainder of the 2008 season in Los Angeles, the Dodgers would not have made the playoffs.

From a mediocre team, to a division championship, Ramirez carried the Dodgers into the playoffs with an end of the season performance that will never be forgotten. 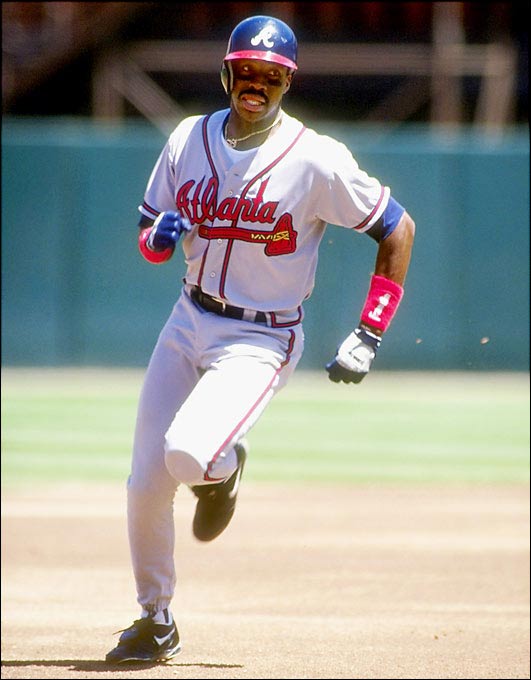 Batting .310 with 19 home runs and 55 RBI, McGriff would carry the Braves to a division title, with a record of 51-19, making McGriff's performance one of the greatest September performances of all-time. 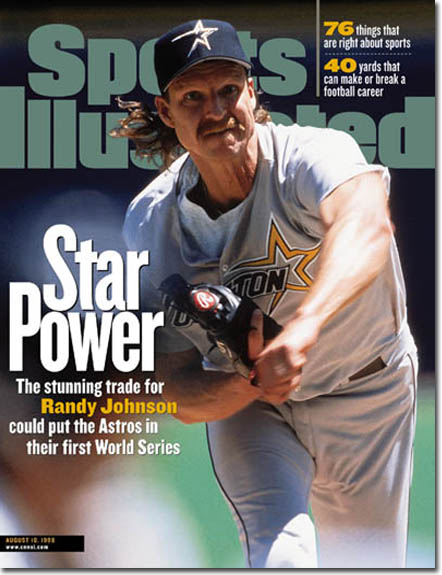 Despite giving up Freddy Garcia, Carlos Guillen and John Halama, to acquire the five-time Cy Young Award winner, Randy Johson propelled the Houston Astros to their second division title, by winning the NL Central over the Cubs by an astronomical 13 games.

At the time of the deal, the Astros only had a three-and-a-half game lead in the division, but led by the brilliant pitching performances of Johnson down the stretch, going 10-1 with a 1.28 ERA, the Astros would find themselves in the playoffs

Although Johnson failed to win a game in his two playoff starts against the San Diego Padres, leading to a first-round exit, Johnson's pennant race performance was undoubtedly one of the best of all-time. 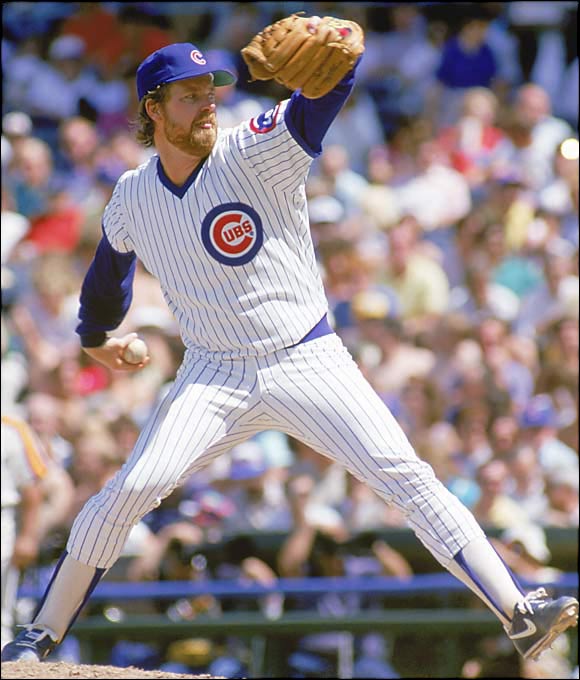 At the time of the deal, the Chicago Cubs were 34-25, and had a one-and-a-half game lead in the division when Cleveland sent a struggling Rick Sutcliffe to the Cubs in exchange for Joe Carter, Mel Hall and Don Schulze.

Despite his 4-5 record and ERA over five while with the Indians, the Cubs took a chance on Sutcliffe and it certainly paid off.

The Cubs went 18-2 in games Sutcliffe started, and only compiled a record of 78-63 in games he didn’t.

Sutcliffe proved to be the difference between a playoff berth and starting the offseason earlier than expected. 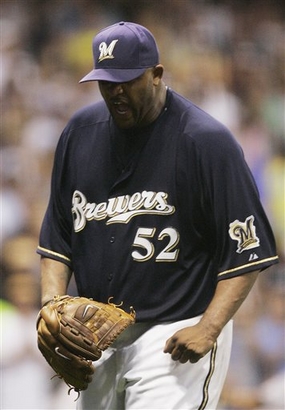 CC Sabathia will forever be known for putting together the greatest September performance in the history of MLB.

While with the Indians, Sabathia was 6-8 with a 3.83 ERA when the trade was made, but during the second half of the season, Sabathia proved why he won the Cy Young a season before, going 11-2 with a 1.65 ERA and seven complete games in helping the Brewers secure an NL wild card berth.

Although Sabathia lost his one postseason start, giving up five earned runs in just 3.2 innings to the Philadelphia Phillies, it's not that he couldn't handle the pressure of pitching in a big game, he simply ran out of gas.

When he arrived in Milwaukee, the tank was full. And to this day, I wonder if we will ever see a greater "down the stretch" performance, than the one we saw in 2008.

My gut tells me no, but I guess we will just have to wait and see.