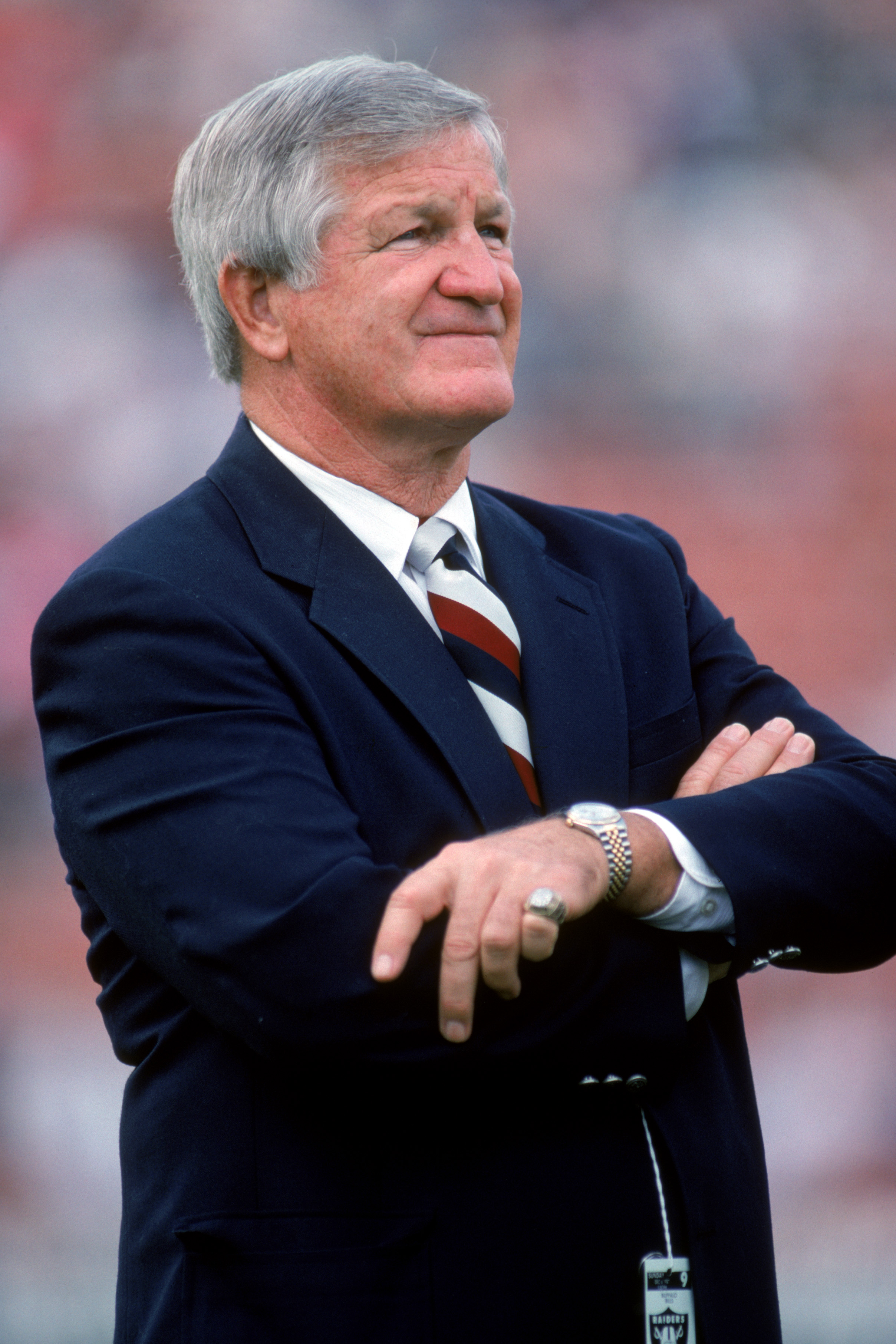 This week on quote wars, we’re looking at quarterbacks vs kickers, two of the flakiest positions in NFL football.

Do you doubt us? Kickers have these strange names, usually foreign, learned to play futbol, kick soccer-style, say things like “I keeck a touchdown,” and wouldn’t know how to tackle if you asked them.

The quotes we get from players playing these positions will be weird, crazy, who knows? But we’re also going to throw in quotes from coaches and announcers discussing these guys.

I know what you’re thinking. You’re two steps ahead of me, as usual.

You’re saying “Well, if quarterbacks AND kickers are so crazy and so quotable, what about George Blanda? He was a quarterback and a placekicker…and proficient at both. He is pictured above. He did both! He must be a nutcase. He must be the greatest quote machine of all time!”

Sorry. You’d think that’d be the case, but I looked. The truth is, and I know you’re not going to believe this, George Blanda is just plain…bland. Not sure why.

You may also be asking, why quarterbacks? Don’t they have to learn complete playbooks, be smart, leaders and all that? Yes. But one thing separates them from all the other players. They bark out signals with their hands placed under another player’s butt.

You might be also asking who is smartest between these players. Let’s have a look-see and a quote-see: 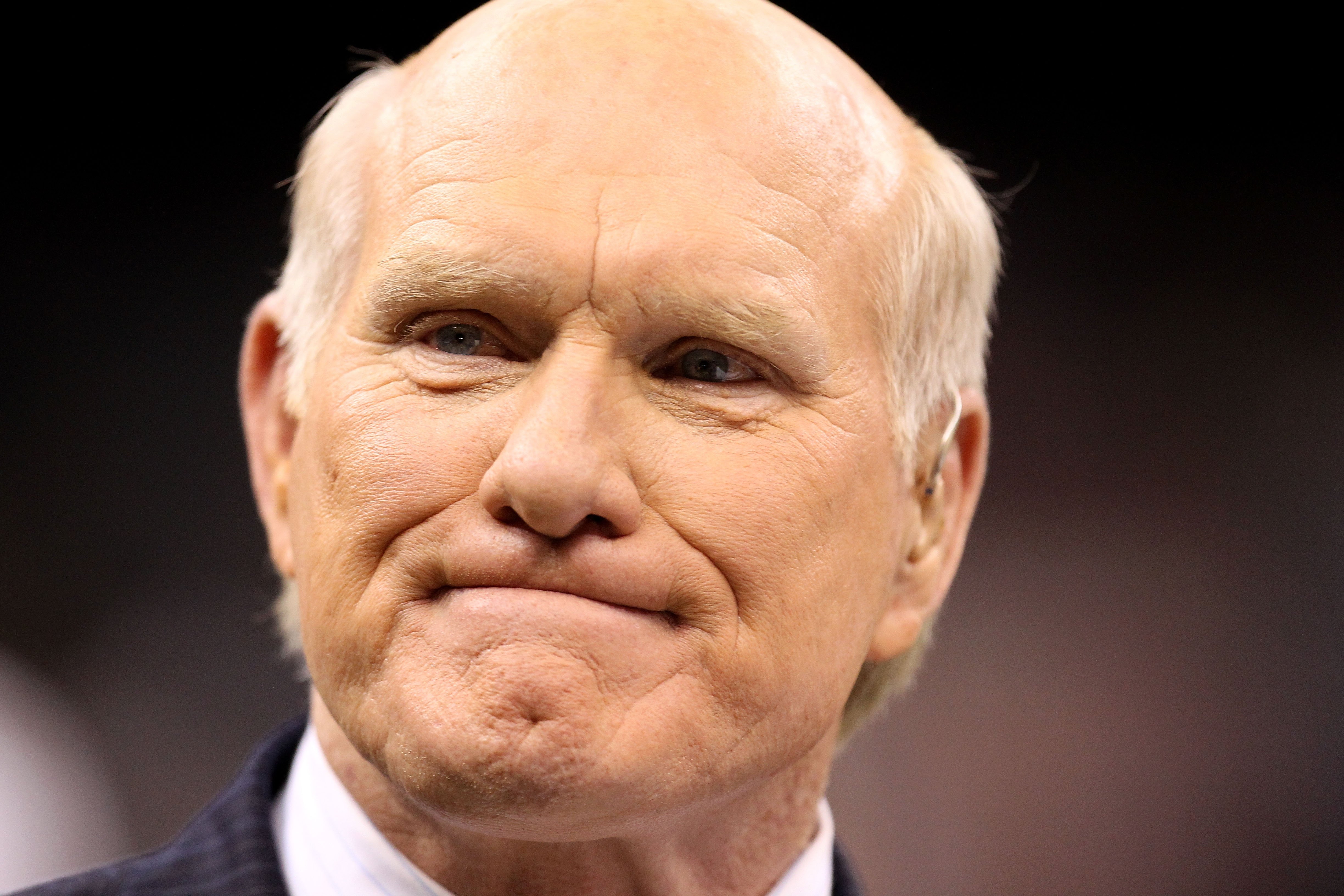 Howie Long, on Terry Bradshaw - "In Montana, they renamed a town after all-time great, Joe Montana. Well, a town in Massachusetts changed their name to honor my guy Terry Bradshaw - Marblehead."

Should we let Bradshaw answer? 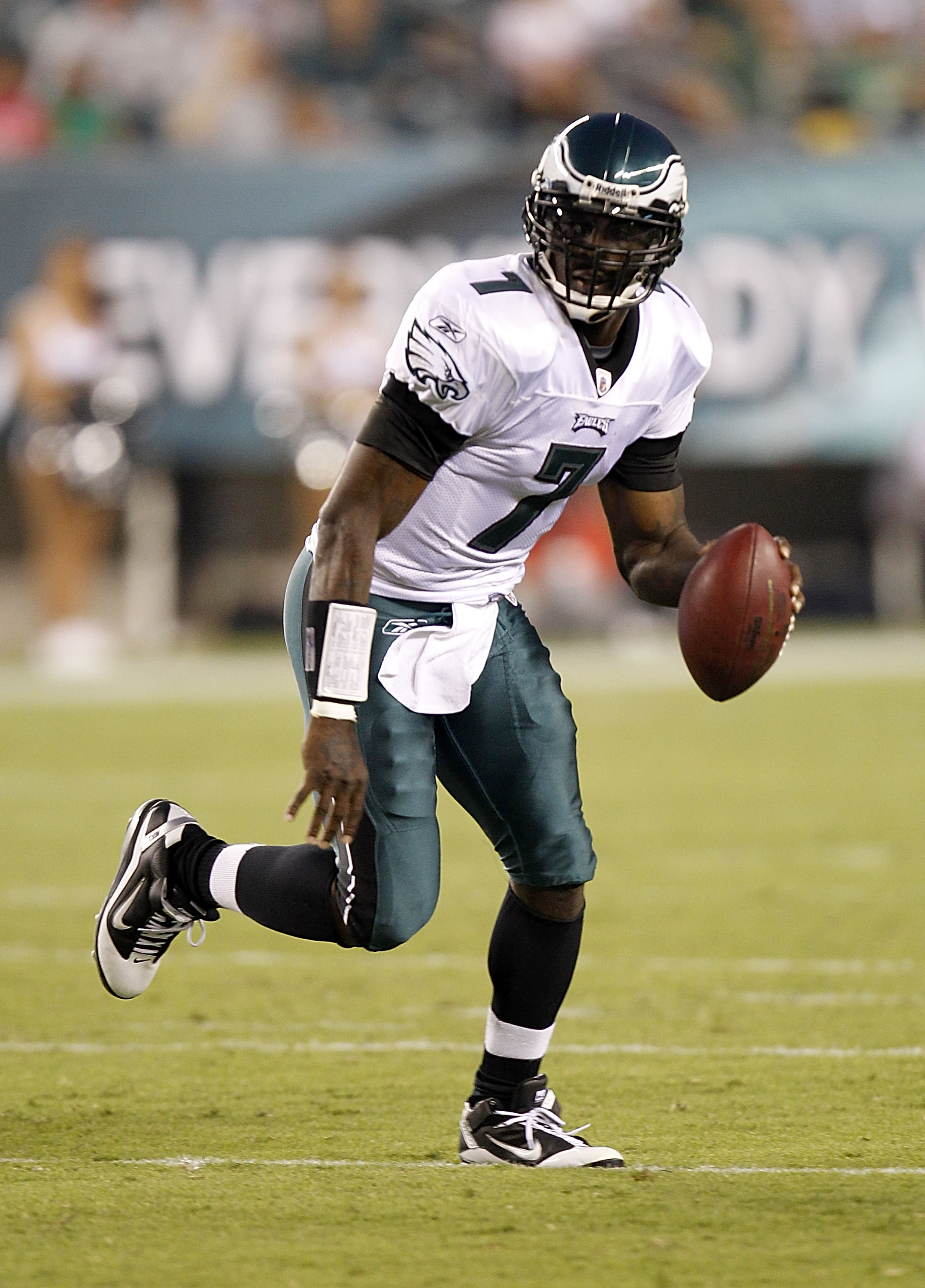 Let’s start with a guy known for his great judgment in friends:

Michael Vick (Atlanta Falcon QB)—“Luckily, I have people I can trust watching over my things while I’m out here earning a paycheck.”

Followed by a quick-thinking kicker:

Garo Yepremian—on his disastrous attempt to throw a pass in the Super Bowl: “Many big people were chasing me. I didn’t know what to do. So I thought I would surprise them and throw it.” 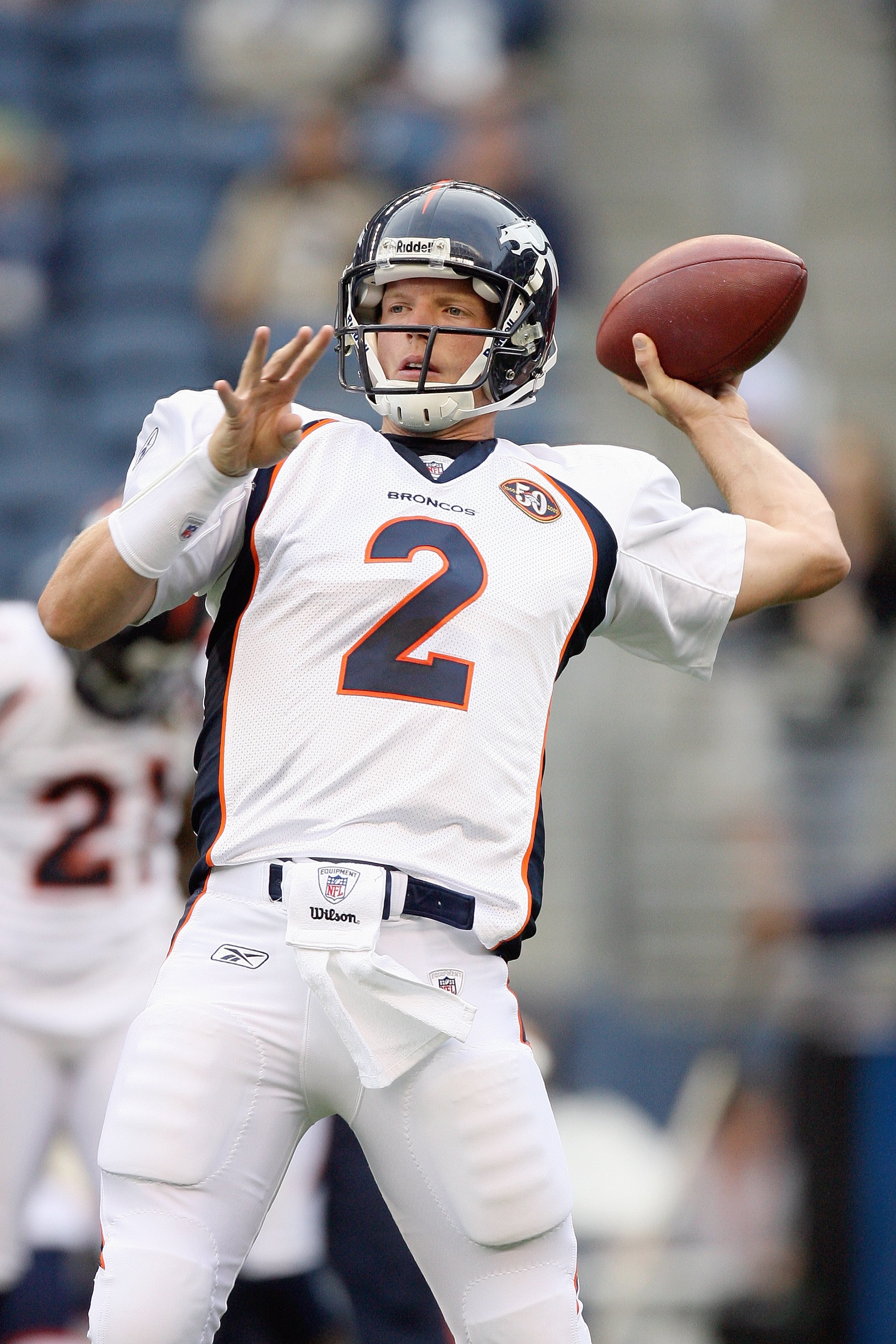 Next, let's hear from the blond prince of a quarterback:

Chris Simms (as Tampa Bay QB)—"Once they pull that spleen out of my shoulder, I should be good to go."

Okay, Chris, we know you didn't major in anatomy, but at least you're younger and more immortal than those old kickers. 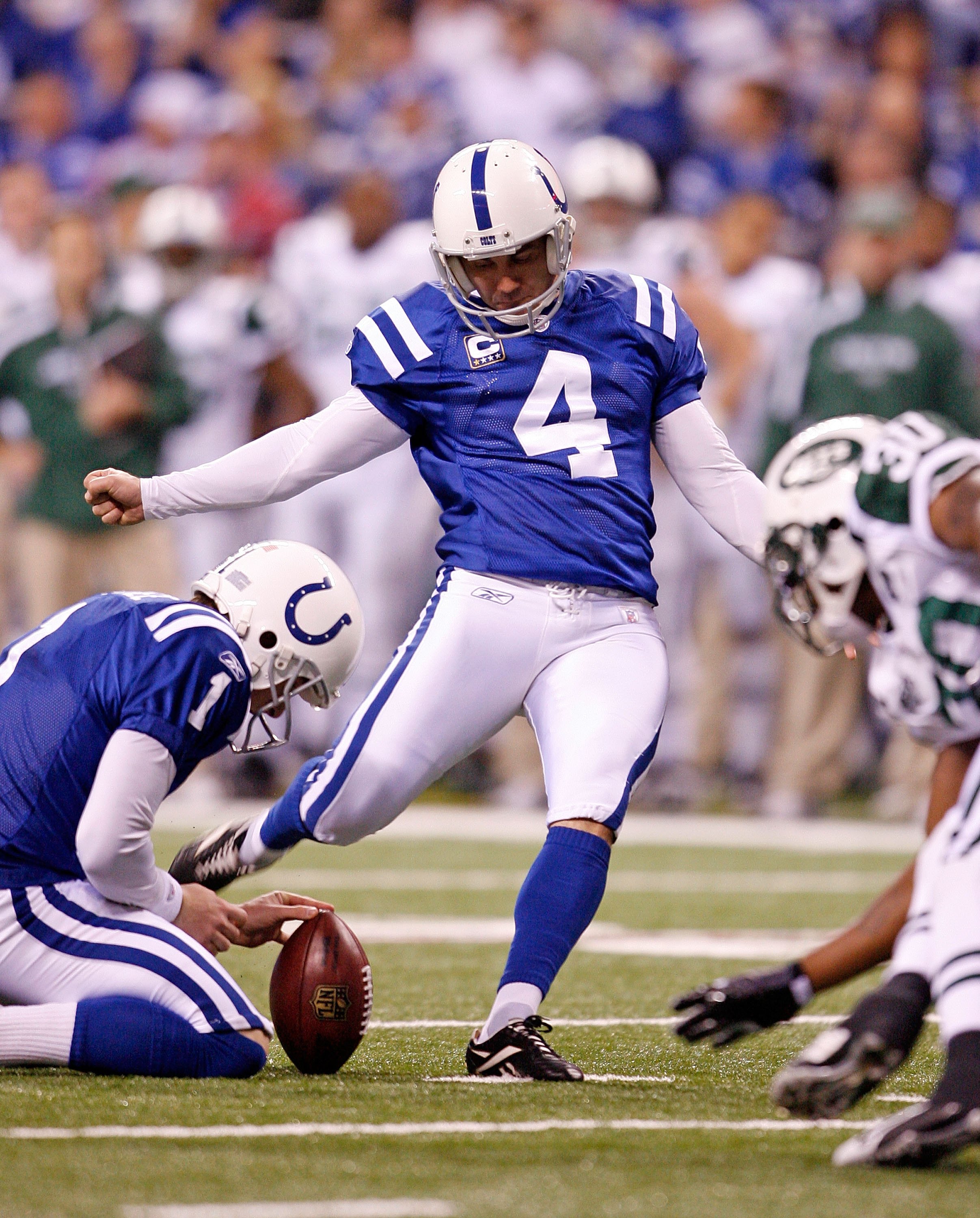 Joe Theismann—"Nobody in football should be called a genius. A genius is a guy like Norman Einstein."

Adam Vinatieri—"You just have that swing; you know what you have to do. You just go out there and do it." 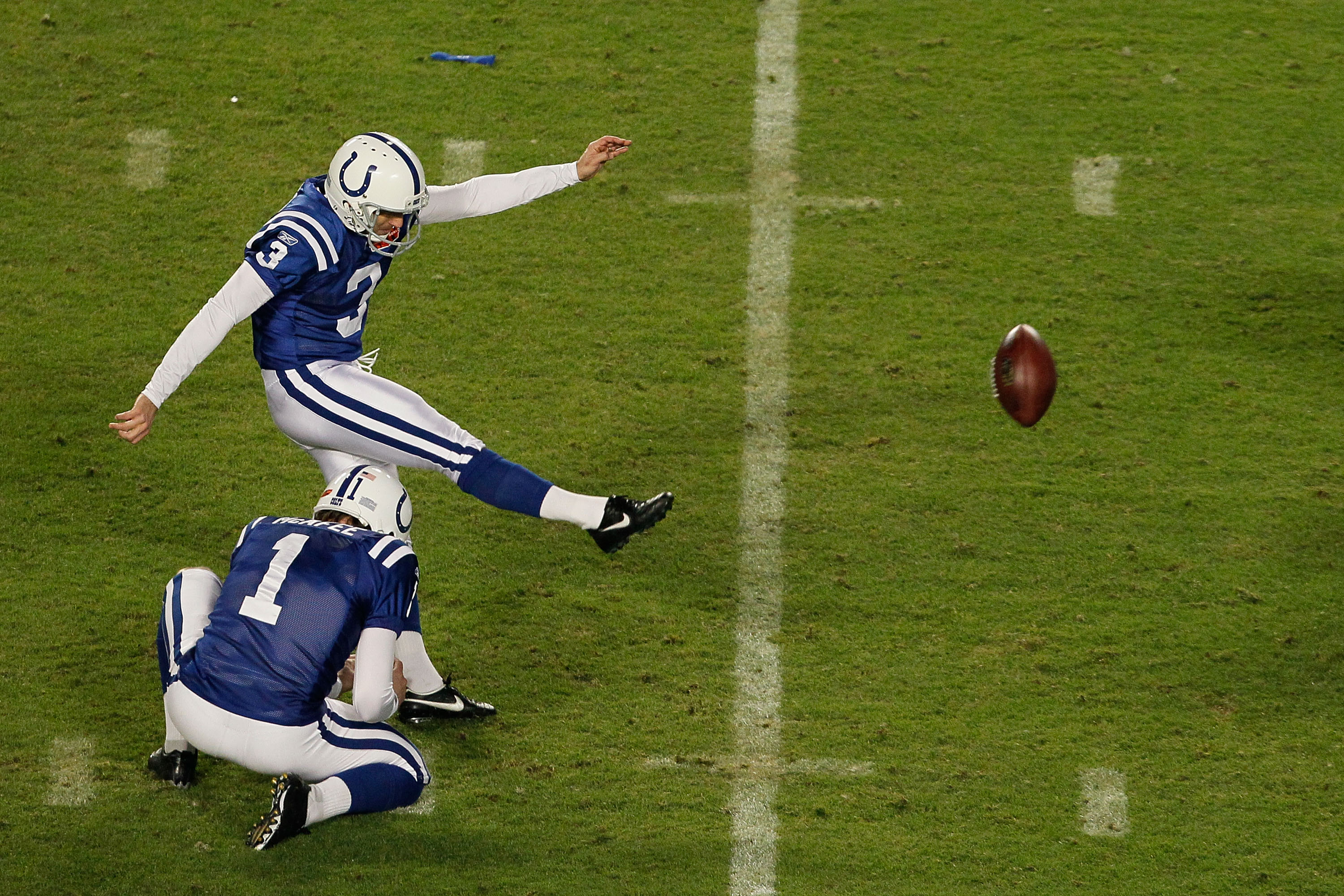 Some quarterbacks went into into broadcasting. It gave them a chance to vent:

Dan Fouts - "Now that I'm retired I want to say all defensive linemen are sissies."

What about kickers? Are they sissies? How do they think of themselves? Let's ask Matt Stover (pictured

Matt Stover, describing his job - "The way I look at a kicker is that we are the sniper. We are the guy who

sits out in the brush for three, four days waiting for his opportunity - to kick the field goal or take out the

general or whatever it takes." 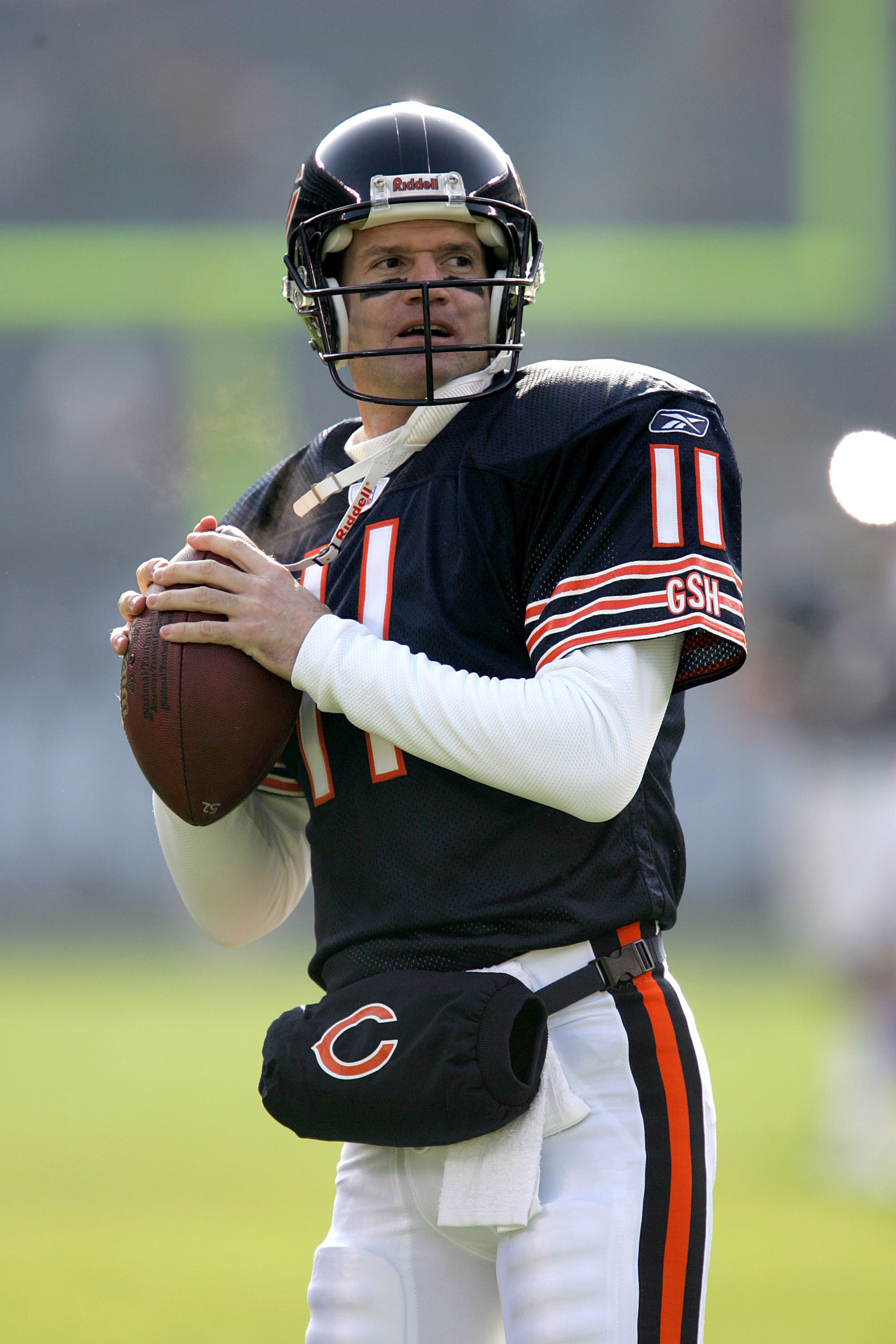 QBs who toss the ball 88 yards aren't always considered the brightest bulb. But what if he's compared

Jeff George, on being compared to Jay Cutler "Oh, that's a HUUUUUGE compliment. I mean, come

on, you can't get any better than that!"

Okay Jeff, we know you want back in the league. But no matter what, you never play as long as some

of those kickers. What about this guy - Morton Anderson? He's been in the league 25 years. 25 years!

And you know what else, after 25 years in the league coaches still call time out on him during the last

"To me, it's an advantage because it gives me extra time to find my target, to set up and get relaxed. I

chuckle to myself because I know they just helped me." 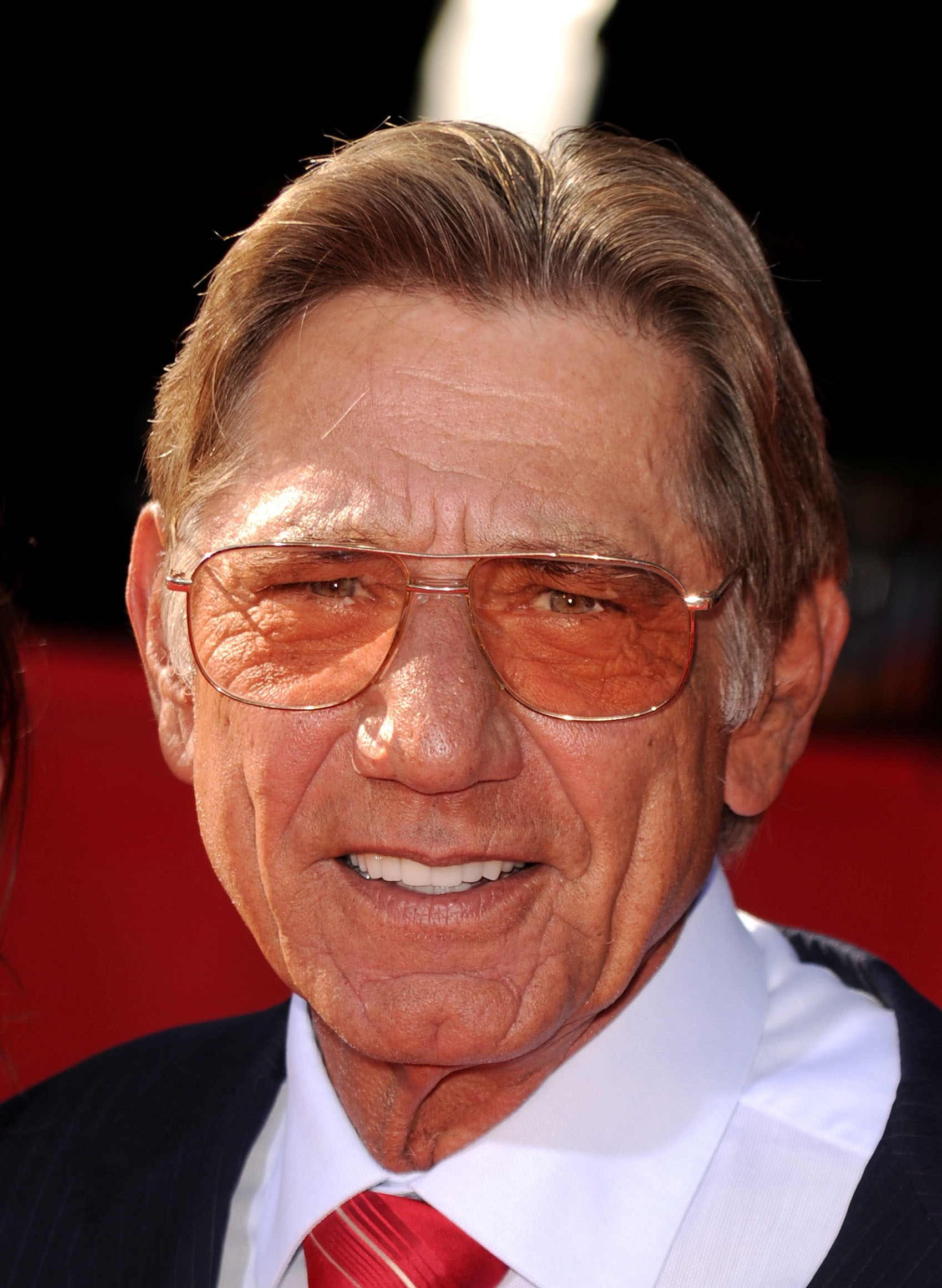 Last second kicks can make or break place kickers. How do they feel about it?

David Akers (Philadelphia kicker) - "You're kind of the hero or the goat, and rightfully so... or not."

No, wait a moment, the quarterback brought the team down the field, setting up the field goal. The

quarterback should be the hero. Joe Namath, anything you want to say to David Akers?

Hold it, Joe. We know you wore pantyhose and all that but David Akers could kick just as well on

astroturf as he could on grass. What do you say to that?

Joe Namath - "I don't know if I prefer astroturf to grass. I never smoked astroturf."