U.S. Ryder Cup Team: Why the Americans are Doomed with Tiger Woods 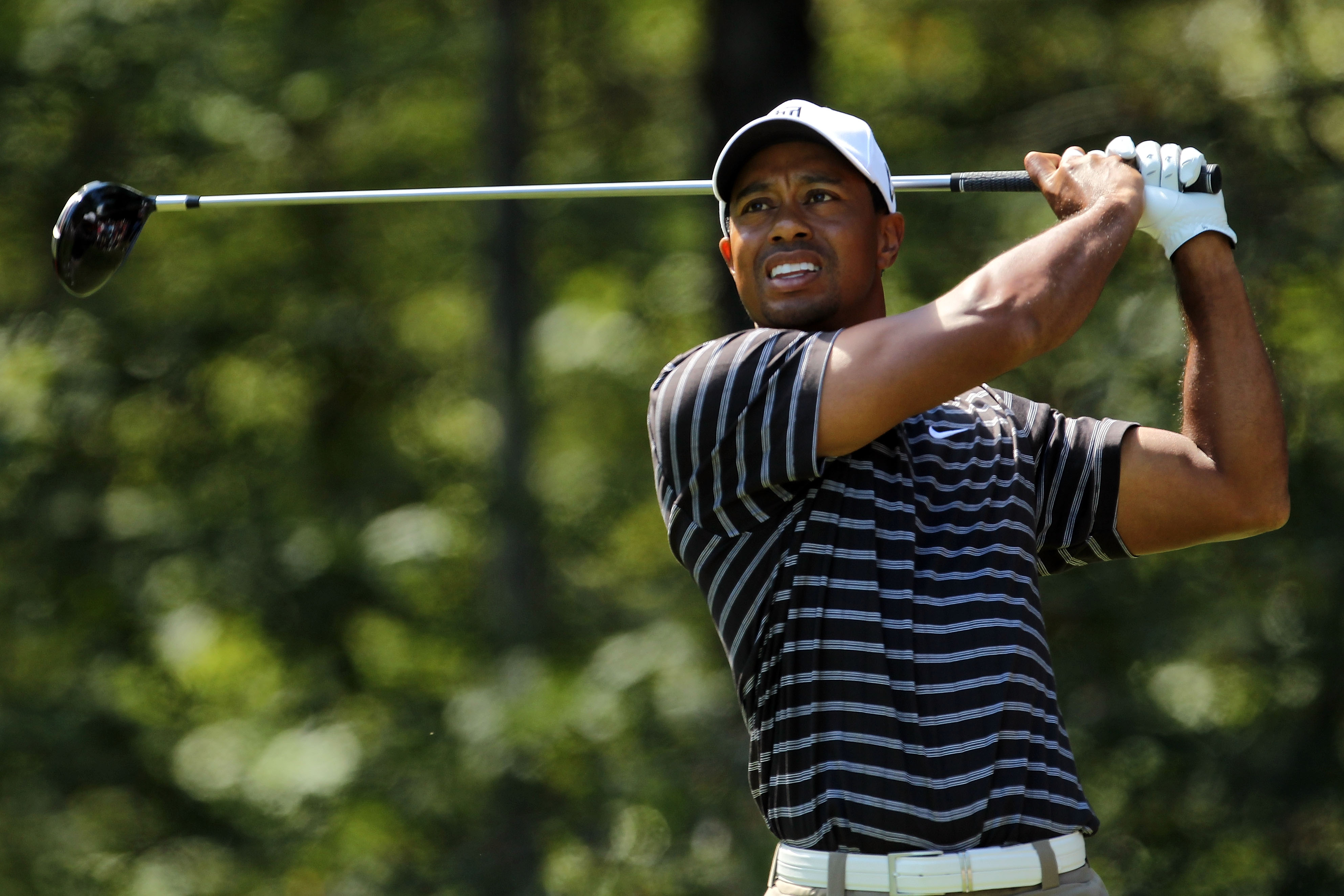 The captain's picks for the 2010 Ryder Cup teams were announced Wednesday, and in a move that surprised no one, U.S. captain Corey Pavin selected Tiger Woods with one of those spots.

Woods is still the No. 1 golfer in the world, and his game is slowly coming back to him. But here are 10 reasons why the choice of Woods dooms the Americans to yet another Ryder Cup defeat. And, while we're at it, let's talk about the other captain's picks as well. 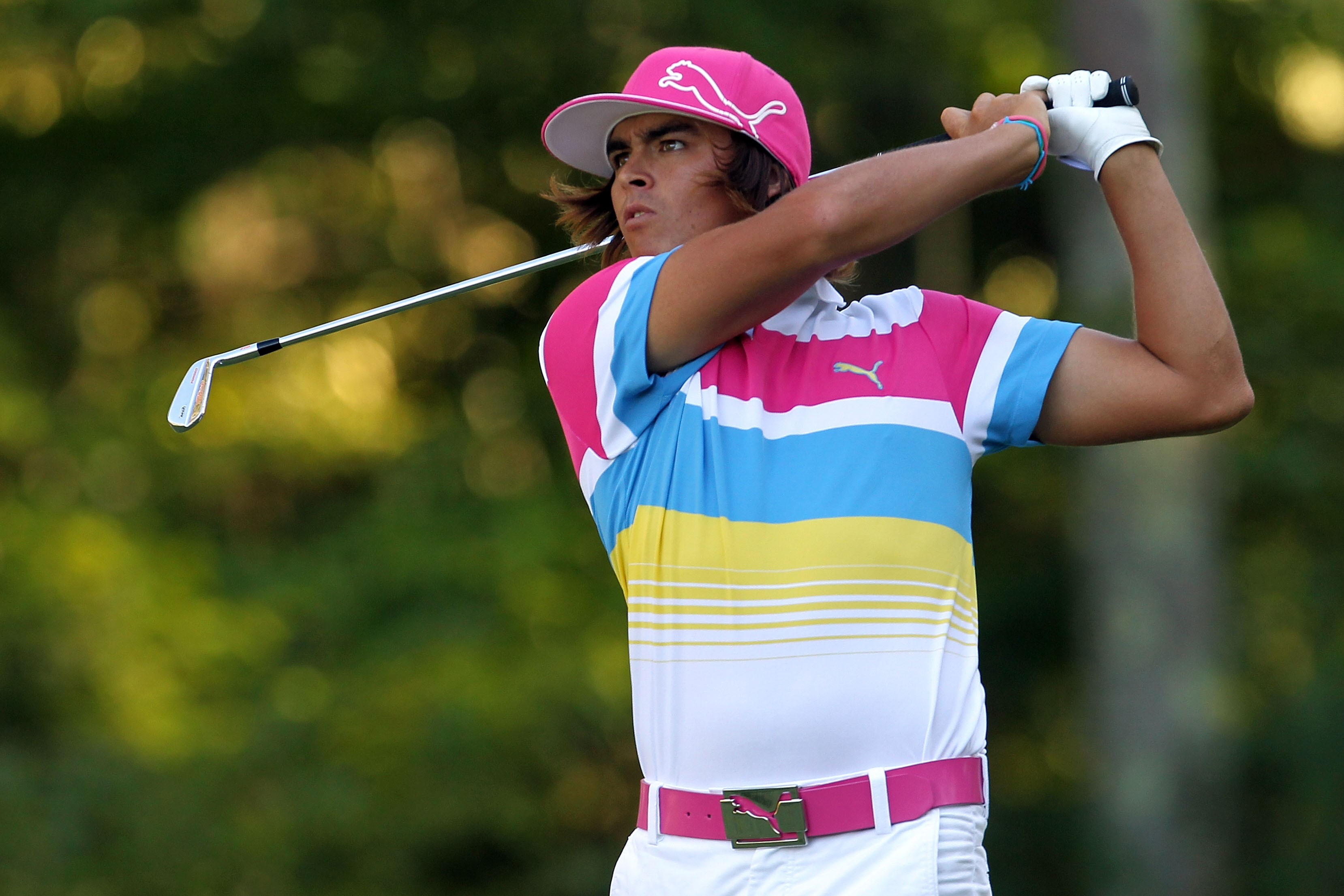 Fowler is a PGA Tour rookie. He's 21 years old, and made a name for himself with a T-14 finish in this year's Open Championship. He's got all kinds of potential, even if his fashion sense is a bit, well, you can see exactly what I'm talking about.

Fowler's got above average power off the drive, and he's better at hitting the green than the average PGA Tour golfer, according to his bio. He struggles with his putting, but he's a solid pick. 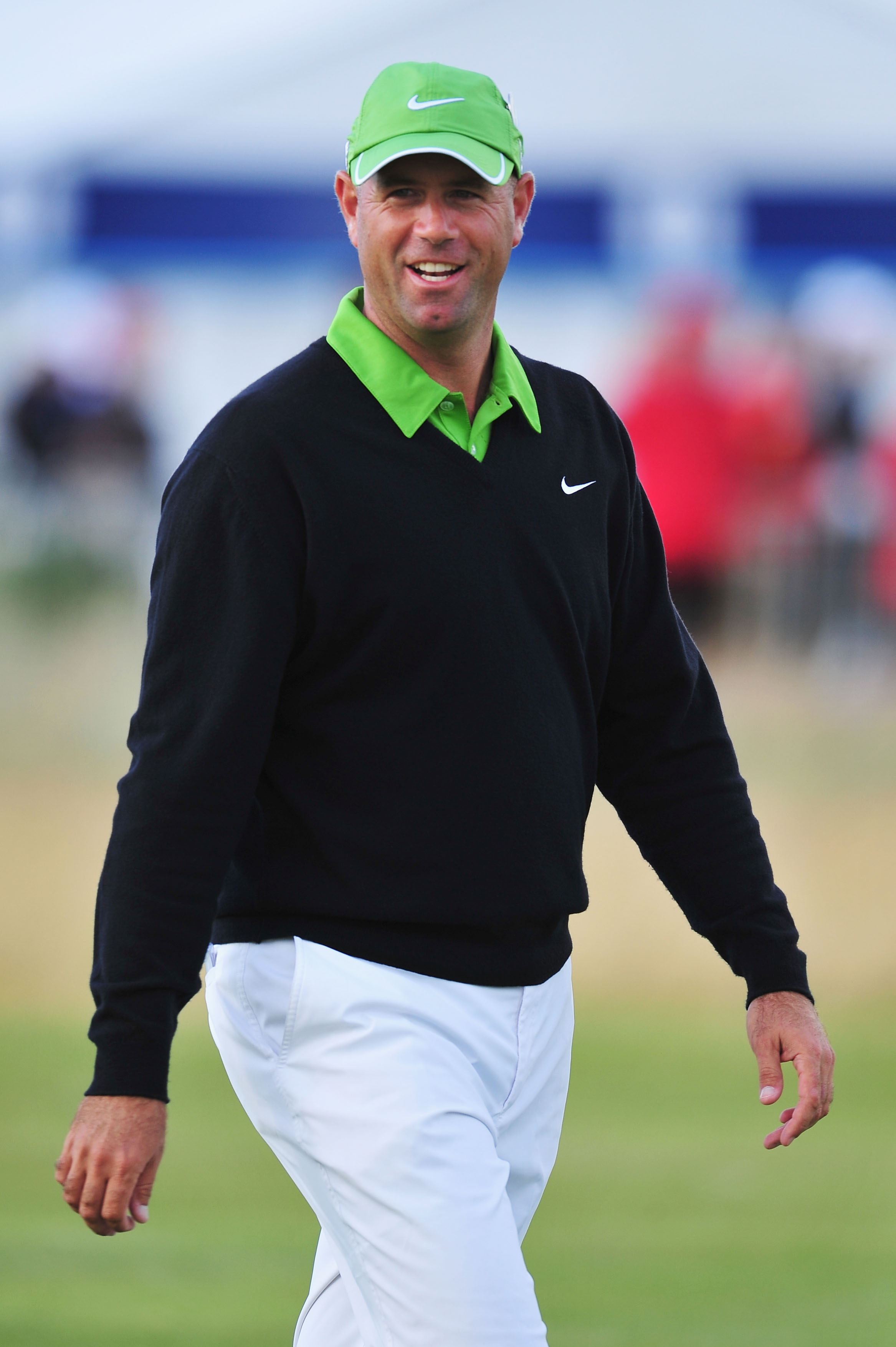 Cink is a longtime Tour veteran. The 37-year-old has played in four Ryder Cups prior to this year, amassing a 4-7-0 record.

Cink is a solid player who doesn't get flustered in big moments, and he's a veteran presence on a team featuring five Ryder Cup newcomers this year. When he's on, he can be a strong player. 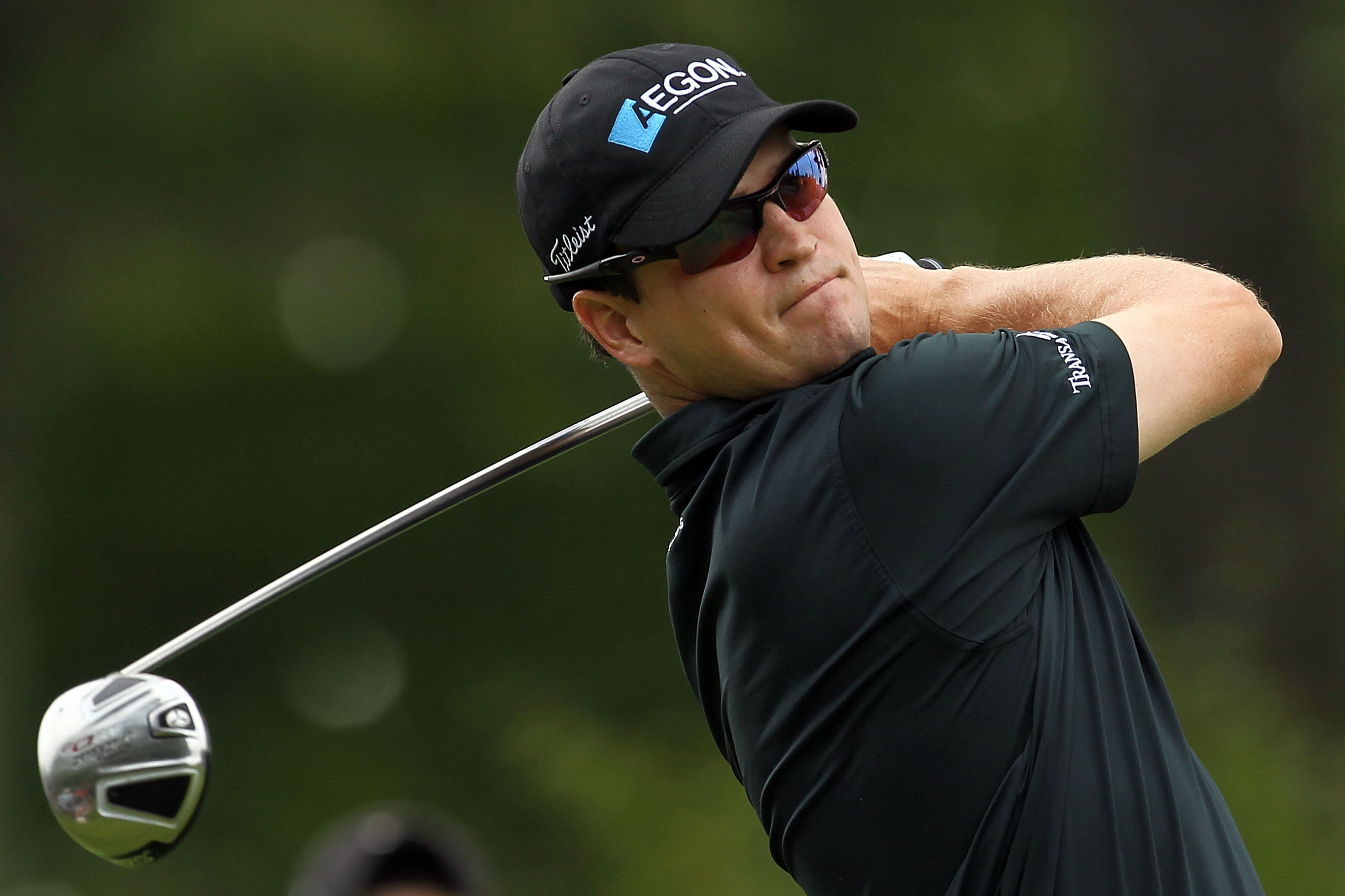 Zach Johnson makes his second appearance on the Ryder Cup roster this year, coming as a captain's pick this time around.

The 34-year-old Johnson isn't a basher, but he's accurate and a good putter. His game has come around in recent months, highlighted by a strong third-place finish in the PGA Championship. While he doesn't have much Ryder Cup experience, he's still a veteran presence on the roster.

While these guys will undoubtedly play a factor in the outcome of the tournament, it's the fourth pick that has been making the most waves. 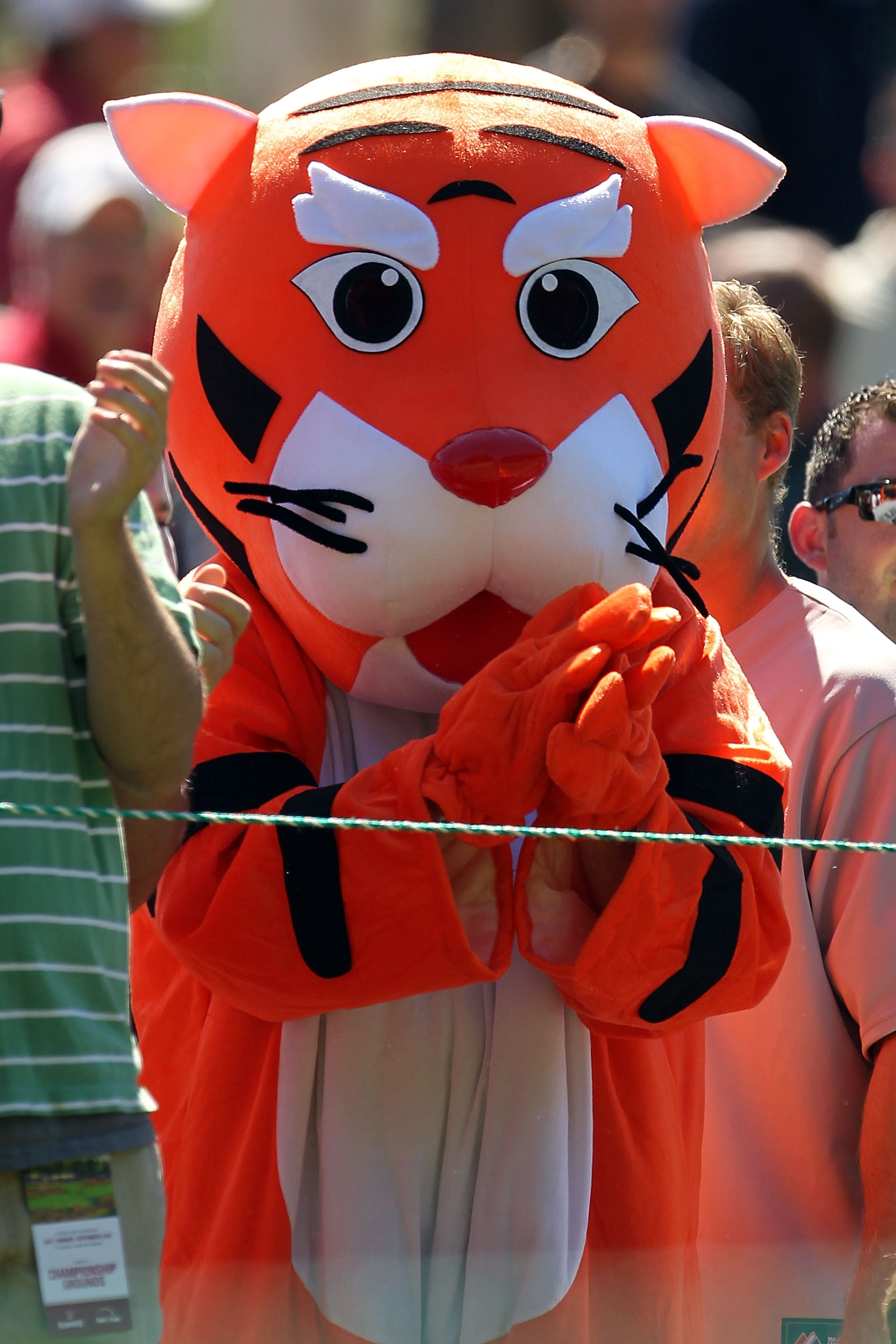 Woods is still the top-ranked golfer in the world, but he didn't automatically qualify for the Cup team. He's got a good driver, if it's still rounding back into form after his lengthy layoff, but his putting is maddeningly inconsistent.

Woods is the most important player in the Ryder Cup this year, but with him, the Americans are doomed. Here's why. 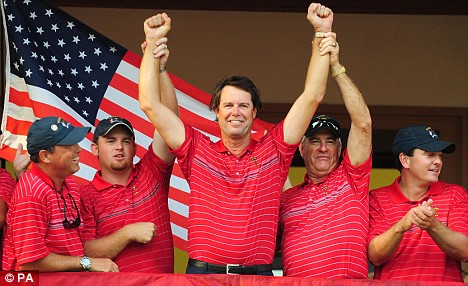 In 2008, Woods missed the Ryder Cup as he recovered from knee surgery. The team was full of lightly- regarded players, most of whom were newcomers to the event.

But the Americans pulled off the stunning upset, beating the heavily favored Europeans and taking their first title since 1999.

Doesn't it seem strange to you that the one year Woods missed the tournament, the Americans broke out of their funk? Perhaps there was a reason. 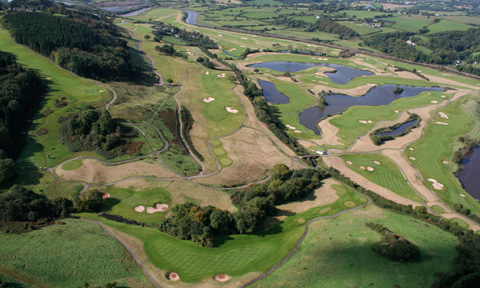 The Twenty Ten Course at Celtic Manor Resort has never been used for a PGA event. Expect that to play a role.

When it was announced that the Celtic Manor in Wales would be hosting the 2010 Ryder Cup, the resort began building a new course specifically for the event. No one is quite sure how it's going to play, although it looks to reward accuracy on some holes, and length on others.

Tiger is one of the Tour's bombers, but his accuracy off the tee has been iffy all season long. This course could prove challenging for him 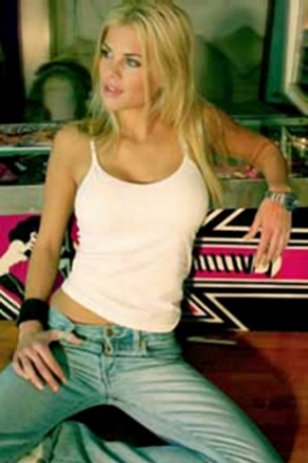 She won't be there. But you'd better believe she'll be a factor.

How is someone who won't be at the Ryder Cup a reason for Tiger's dooming the team? Simple.

The Ryder Cup has been rather high stress in recent years. Fans get into it, players get into it and tempers run hot.

Tiger has gotten off pretty well in terms of heckling thus far. If you think that continues at the Ryder Cup, you just haven't been paying attention. Expect him to get a fair does of grief from the fans in Wales, and don't expect it to stop.

Tiger isn't Tiger right now. While his game has showed signs of life in recent weeks, he's still not at the level he was before knee surgery.

His power is back, but his precision is all over the place. His putter is unreliable at best, and downright poor at worst.

Remember, Woods didn't make the team as a qualifier; he was chosen by captain Corey Pavin. 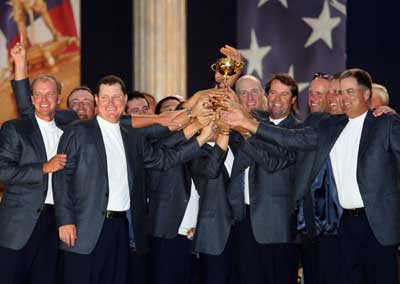 It's the closest golf comes to being a team sport.

The Ryder Cup is extremely unique when compared to any other event in golf. It's different from standard play because it's by hole, rather than round. But it also has team aspects that make it different from typical match play.

It's those team aspects Woods seems to struggle with. He's respected on Tour, but isn't exactly high on most players' friends' lists.

The 2008 team won because they played as a team. It remains to be seen whether Woods can get on board with that concept like he did in 1999. 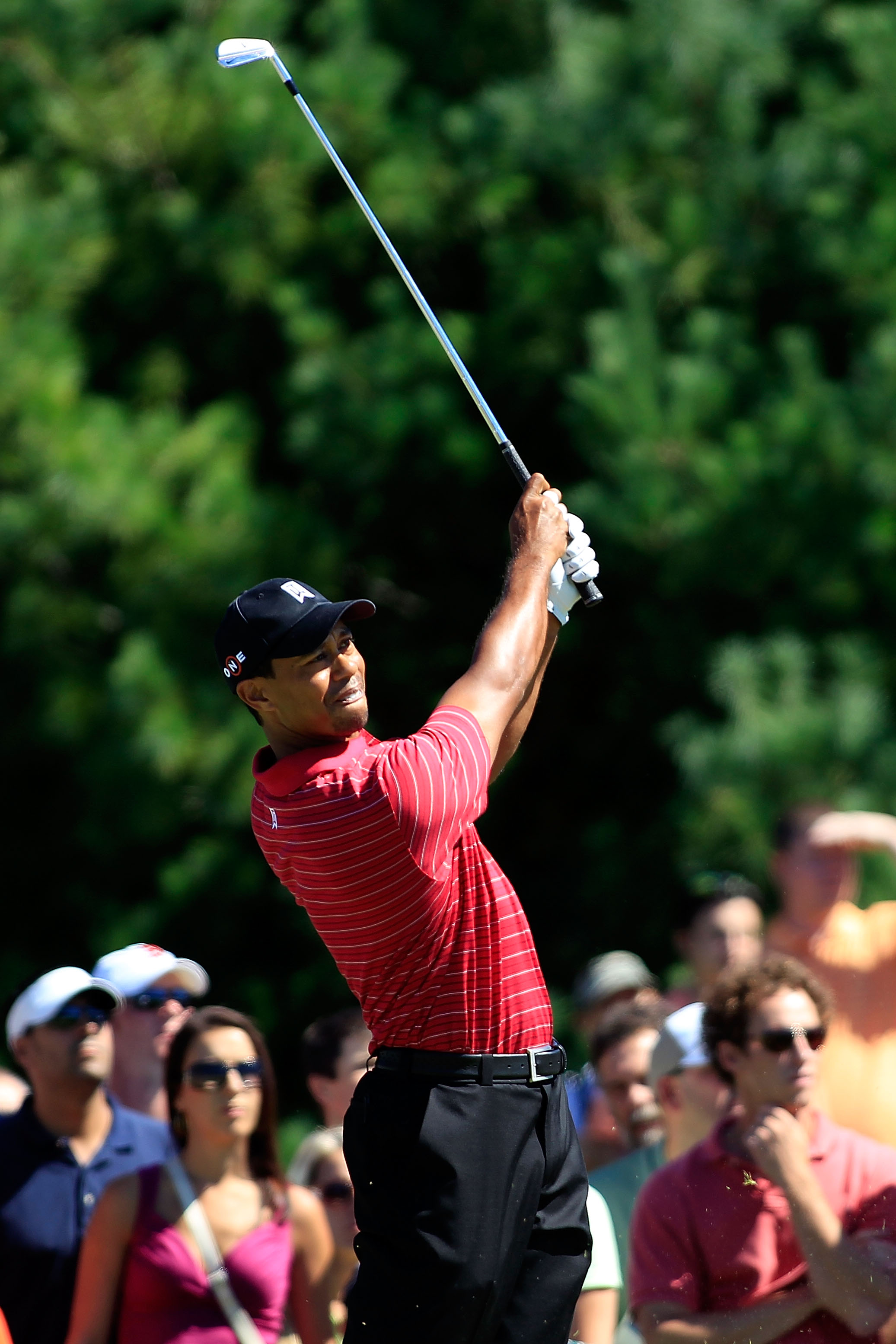 Tiger's swing is still very much a work in progress. It's been inconsistent, and could be the cause behind his recent spotty play. When it works, it's beautiful. When it doesn't, it's horrendous.

Unless he fixes his swing between now and October, the Ryder Cup team can expect more of the same. 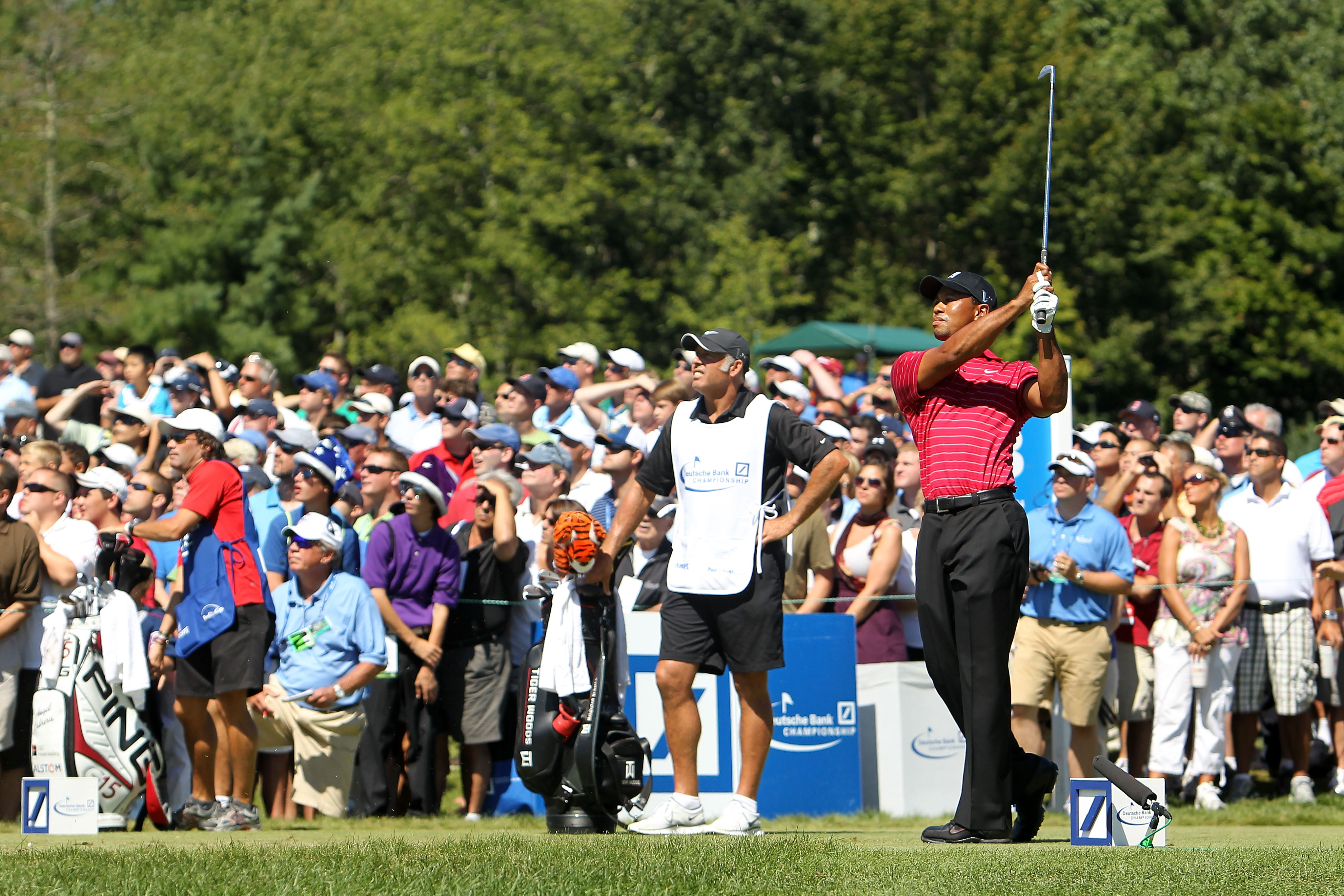 This year's Ryder Cup team is devoid of a star who is playing exceptionally well. Mickelson has flopped in every tournament he's played recently, Cink has been consistently middle of the pack, Furyk has been inconsistent and Stricker's not the player he used to be.

That leaves Woods. He's been inconsistent, but he's going to have to step up and play exceptionally well for the team to survive. Historically, he hasn't shown the ability to do that in this tournament.

3. Europe Has Owned The Americans Recently 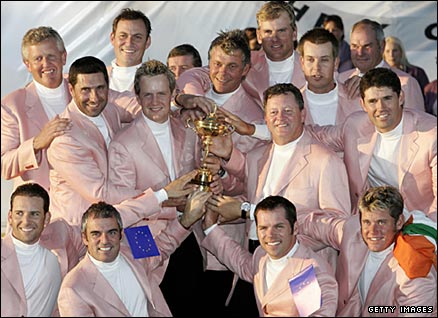 Europe has dominated the tournament since 1993.

Europe has owned the Americans over the last 20 years or so. They've won five of the last seven Ryder Cups, and they haven't lost in Europe since 1993.

2. Tiger Has Never Cared About The Ryder Cup 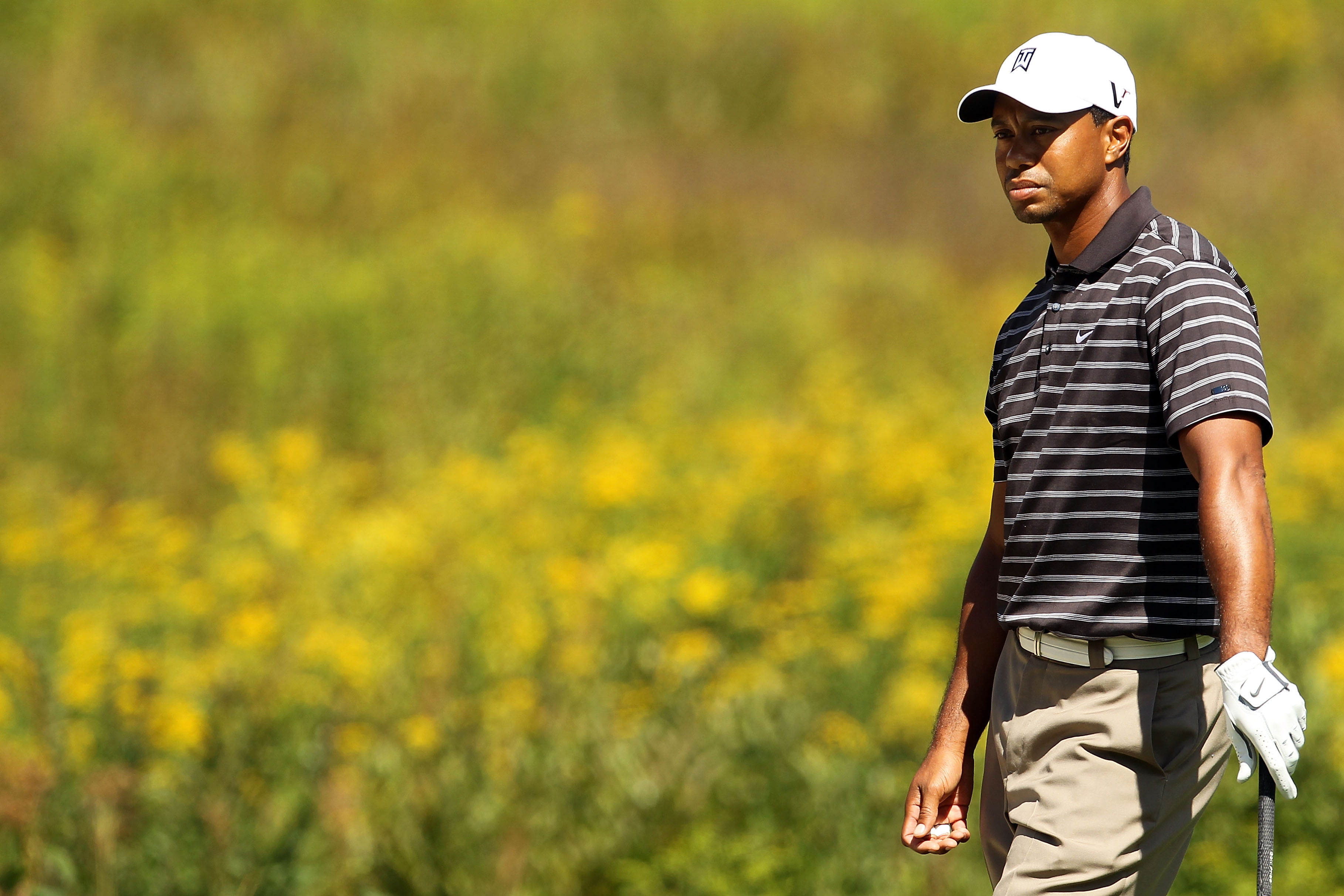 Prior to this tournament, Woods has never given the faintest inkling that he ever particularly cared about the Ryder Cup. His play always seemed to suffer, and he frequently lost to inferior opponents.

This year, Woods is saying all the right things, but does he really care? I'll believe it when I see it.

1. He's Just Not That Good at Match Play 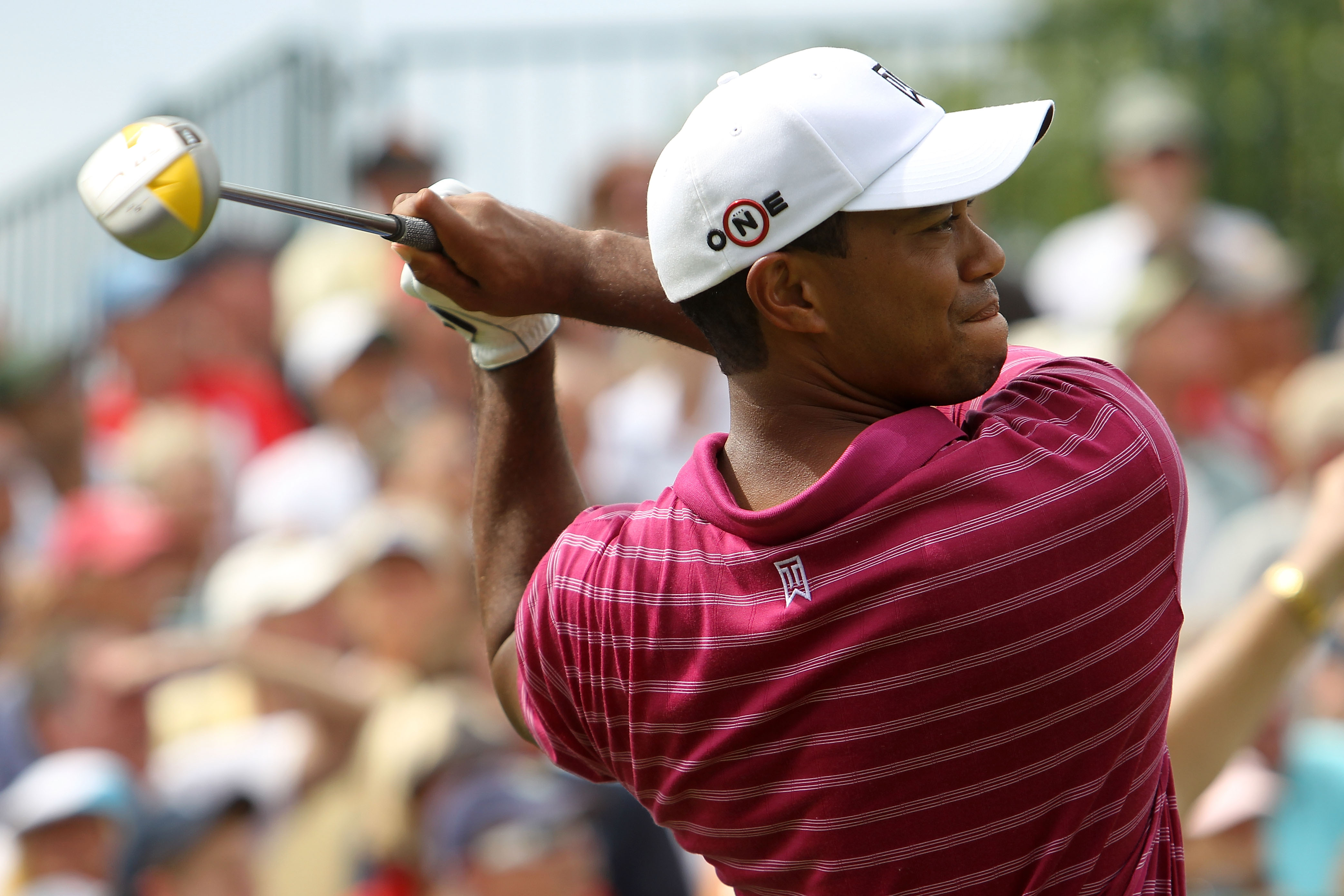 The biggest reason the Ryder Cup team is doomed with Woods: He's not great at match play. He never has been. It takes a unique skill set to go out and win every hole, and Woods doesn't always have it. Hence his lackluster Ryder Cup record (10-13-1). Hence why he seldom wins match play tournaments.

It's not that he's not a great golfer; he is. But he struggles in this format, and will continue to do so.