The Boston Celtics: Are They Still the Greatest NBA Franchise? 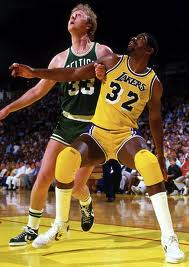 Just one decade ago, the gap between the Celtics and any other team was colossal.

Even considering that the Green had not won a championship since 1986, their closest competitors, the Los Angeles Lakers, had only 11 titles to Boston's 16. That, along with the Celtics' rich history, made them an easy pick as the NBA's greatest franchise.

And then the tide began to turn...

Over the next 10 years, Los Angeles won five championships to Boston's one. We also witnessed the rise of two new Laker greats, Shaquille O'Neal and Kobe Bryant. These developments did more than just "tip the scales."

Before I get ahead of myself here, let me assure you that there is much more that goes into the NBA's greatest franchise debate than just championships. And if you're a Laker fan, that's something to be excited about.

Now we will weigh accomplishments, crunch the numbers, look into the future a little, and figure out if the Boston Celtics are still the NBA's greatest franchise. 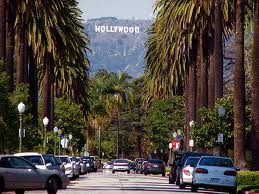 This part of the debate seemed like a slam dunk for Los Angeles, until I stopped to actually consider the facts.

While the Lakers have sandy beaches and amazing weather 11 months out of 12, the Celtics have the same weather they've always had (leaving aside global warming) because they've never moved.

No matter how you slice it here, the Lakers were originally located in Minneapolis; the fact that they relocated to Los Angeles wins this category for Boston. 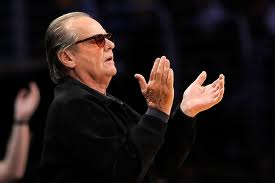 This may seem like an open-and-shut case for Boston, but don't get too excited, Celtic fans.

I want to go on record as a Laker fan and say that Boston has some of the most loyal fans I have ever seen. Having said that, the bulk of Los Angeles Laker fans get a bum rap.

The loudest arena comparisons are also skewed to no end. Because of the crazy ticket prices for Laker games, it's no surprise half of the fans in attendance are celebrities. Just because all the real Laker fans are not in the Stadium, that doesn't mean they aren't watching at home.

That, and L.A. has Jack Nicholson. The Lakers have a fan so loyal that he has sat on the floor of Lakers games since the early 80s. He attends every game, not just the important ones. He is an active fan, jumping and shouting over bad calls. He even schedules the movies he shoots around home games.

The bottom line is that both teams have amazing and terrible fans to excess. This round is also a tie. 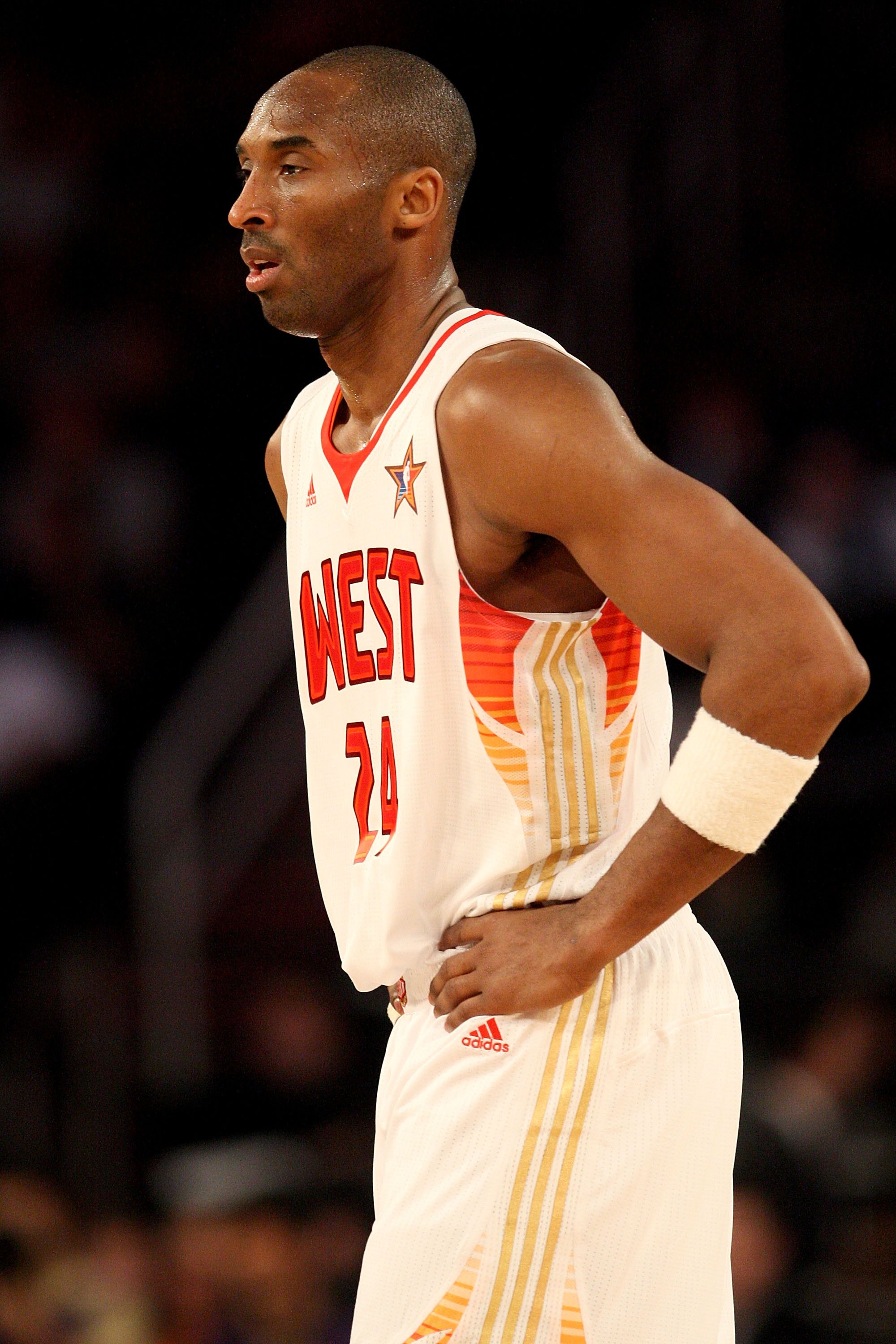 It's no secret that most championship teams contain one, if not multiple, All-Stars.

All-Star Weekend is an honored tradition in the NBA that truly separates the league's top-performing athletes for three days of competition and fun.

The Celtics and Lakers alike have a rich history of All-Star memories due to the amount of players on their respective teams that have received the honor.

I believe the Celtics have the edge on this category, but I'm not positive. 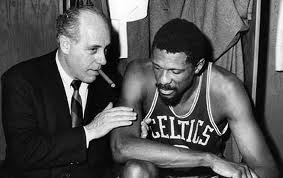 Both the Lakers and Celtics have had their share of good and bad coaches, while both teams have also had their touch of greatness.

The Celtics had Red Auerbach, a cigar-lighting, championship-winning Green Machine. Red had a flamboyant approach to winning and a cocky smile during his victories as a Hall of Fame coach. Red now serves as a sort of demigod in the heart of every Celtics fan, and for good reason: In his 16 year coaching tenure, Red brought nine championships to the city of Boston!

The Lakers arguably have a richer coaching history.

They too had a cocky young coach who was no stranger to winning titles as a player and coach in Pat Riley. Then they had Magic Johnson for the season he attempted being a player-coach. The most legendary coach of the Lakers history however, would have to be Phil Jackson.

Phil may have only won five of his 11 titles in Los Angeles, but the experience and greatness of the entire lot is present when he's on the bench. Not always a fan of X's and O's, Phil instead relies on trust in his team and mind games with his enemies to craft his Finals-bound teams to the big show.

The Celtics have a rich history when it came to coaching, but nothing has happened recently in that department—and no, I'm not ready to put Doc Rivers in this category. 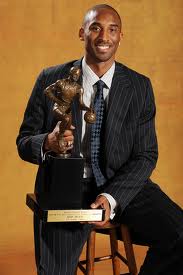 Another good measuring stick of a franchise's greatness is how many top players it's had since the team's formation.

This was another close number, as the Celtics just edge out the Lakers with 10 Most Valuable Player awards given to four individuals: Bob Cousy (1), Dave Cowens (1), Bill Russell (5), and of course, Larry Bird (3).

The Lakers don't have much fewer, with eight Most Valuable Player awards given to four recipients: Kareem Abdul-Jabbar (3), Magic Johnson (3), Shaquille O'Neal (1), and Kobe Bryant (1).

While it remains close, the Celtics take this round. 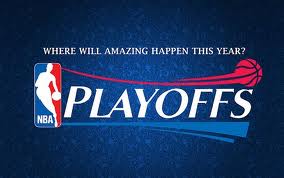 The playoffs are where the magic truly happens in the NBA.

It's the first step after the regular season toward the ultimate goal of an NBA Championship. The number of times a franchise has made it to the playoffs reflects on management, coaching, and the quality of players.

Between the two most storied franchises, they have 106 playoff appearances between them. The Celtics hold 48 of those to the Lakers' 58.

The Lakers win this category handily by ten more appearances, but also because the Celtics' playoff absence lasted from '95-'96 to '00-'01. That is a much bigger drought from the postseason than the Lakers ever experienced. 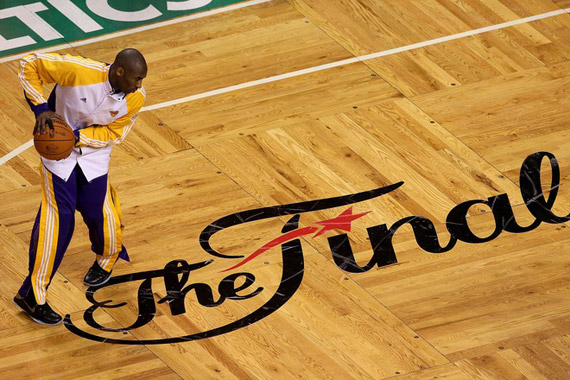 There are few better ways to determine a great franchise than by how many times they have made it to the Big Show.

The Lakers and Celtics together are responsible for a staggering 52 Finals appearances; the Celtics have made 21 trips and the Lakers have 31.

While some may argue that the Lakers squandered more of their title opportunities (16 championships in 31 tries), the Celtics still only have one more chip (17 of 21).

The Celtics' percentage is far and away better, but all that really matters is the results. By simple math, the Lakers take this category with 10 more trips to the Big Show. 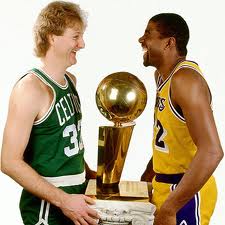 Despite what this picture suggests, it has been a bitter rivalry.

It's true, the Celtics have dominated the Lakers head-to-head in the Finals, historically speaking.

While this fact may seem to largely tip the scales in favor of the Celtics, I remind people that a championship is still just a championship. It does not count for more just because it was against your rivals.

To Celtic fans that think this argument is absurd, please consider the following:

See how the argument also benefits your team? 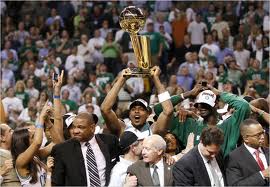 Championships are the ultimate goal for every player, coach, GM, and owner. In terms of franchise greatness, it all comes down to how many of these ultimate accomplishments you have.

While the Celtics currently hold a league-best 17 championships, this is where I would be worried as a Celtic fan. The Lakers now have 16 championships, and the last great advantage they used to hold over their purple-and-gold rivals is down to just one.

If the Lakers can even tie—that's right, tie—the Celtics in number of titles, the Lakers will become the NBA's greatest franchise.

This is because the Lakers already hold what I like to call the "tie-breaking" records over the Celtics: Finals appearances, playoff appearances, winning seasons, longest win streak, shorter droughts between titles, and many more.

There is only one reason the Celtics are currently my pick for the NBA's Greatest Franchise, and that's the 17th title.

There you have it Celtic fans, you can exhale for now. But beware that the Lakers are one title away from snatching away the label that you hold dearest. It's all up for grabs this year, and that's what makes it so fun.

This could be a great renewal chapter to the NBA's greatest rivalry! 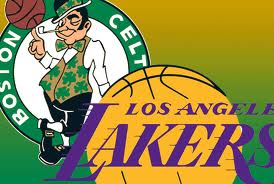 No one knows what the future holds, but most are sure that this rivalry will rage on.

The Lakers have their Zen Man back for another year and have their core group together through 2014. Their future remains bright as title contenders if injuries are scarce, and they will look to tie and one day overtake the Celtics' last great claim to fame.

The Celtics will look to spoil the plans of not only the Lakers, but of the pre-crowned Miami Heat as well.

Boston resigned their floor general Paul Pierce and managed to talk the Doc into staying as well. With KG and Ray Allen signed through two more years, this Green Machine will give all the top teams trouble in the near future.

I want to make it clear that, while I hate the Celtics, I certainly respect them.

Loving the Lakers would never be as special as it is without a team to go against like the Celtics. (And I'm sure Celtics fans feel the same way)

Thank you so much for the read, and get ready for an amazing season for both franchises!!