Reinforcements Have Arrived: The Top 5 Bench Units in the NBA 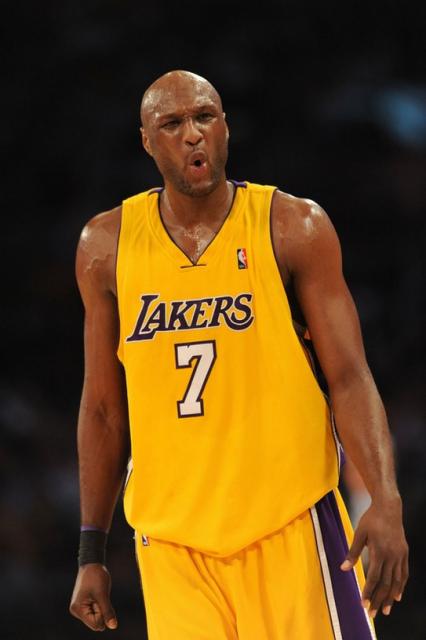 The summer free agent frenzy is over and teams are now preparing for training camp and the upcoming season. Rosters are pretty much set and the only big event that fans should look out for, is of the Carmelo Anthony and Chris Paul show.

There has been rumblings from both camps about a formation of another big three, similar to the one just created in Miami. The trio in Miami have opened many eyes, especially with the star players. The superstars and stars in the league have now begun examining their own team's direction.

Players believe teams should be in a win now mode, while most GM's want to take the patient approach to building a championship team. That patient method hasn't worked, as you see two win-now mode teams in the Celtics and Lakers, who have had so much success.

If the Heat haven't changed GM's minds, they have definitely opened their eyes. While there hasn't been too many crazy trades, GM's have been adding pieces to their bench squads in order to be competitive. The Bucks went on a splurge to solidify their bench, as did Dallas and Utah.

There are some really good bench units currently and the summer free agent frenzy did play a part in some of those improvements. Despite the great bench squads, I only listed the top five. 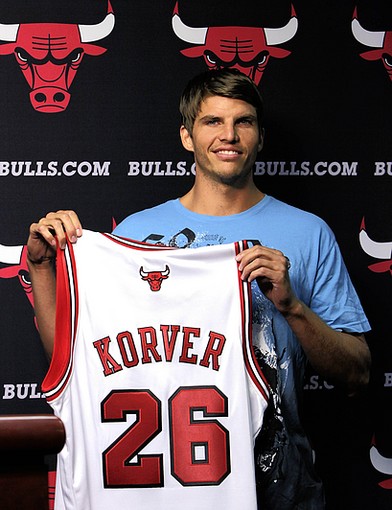 The splashiest move was the acquisition of Carlos Boozer but what has many analysts proclaiming Chicago a contender, was the smaller additions. The Bulls desperately needed a shooter to open some lanes up for Derrick Rose and they found one in Kyle Korver.

While they did overpay for the sharp shooter, Korver will immensely help both Boozer and Rose when he's on the floor. Korver probably won't star, due to his horrible defense, but should get significant minutes to space the floor out.

C.J Watson was also a great pickup for the Bulls. He will solidify that backcourt as Derrick Rose's back-up and be an immediate contributer off the bench. Watson can play both guard positions. He can shoot the three and is an above average defender as well as a decent passer. They also signed him to a fair contract and didn't overpay for his services.

If Brewer does come off the bench, which shouldn't happen, he will provide toughness and defense. Brewer isn't a consistent jump shooter especially from behind the arc but he brings everything else to the table. He's a decent rebounder, tenacious defender, and unselfish passer.

With this bench unit, the Bulls starters should have plenty of energy come playoff time. 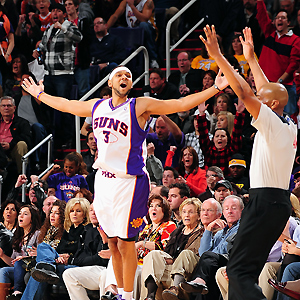 This Phoenix Sun bench has been gaining national attention ever since their matchup against the Los Angeles Lakers in the Western conference finals last season. The bench unit deserves all the attention but they won't be as potent this season as they were last season.

Amundson, who was a key contributer on the Phoenix Suns bench, will most likely leave for greener pastures. If you look at the guy's stats, casual fans wouldn't understand his importance. He will never dazzle you with huge stats but this guy can flat out play. He's an excellent rebounder and hustler, in the form of Anderson Varejao. Amundson can also block shots and at times is relentless with his constant put backs. That will be a huge loss for the Suns, if Amundson does decide to depart (most likely).

Despite Amundson's likely departure, the rest of the Suns bench returns and more. The addition of Josh Childress should prove to be a fantastic pickup. Childress is a very good defender and fits well with the Suns uptempo system. If Childress improves his three point shot, he could be a darkhorse for the 6th man of the year award.

Jared Dudley will hopefully receive more playing time. This guy has a skill-set that happens to be in demand across the league. He can shoot the three ball in the upper 40's and is a hard nosed defender at the wing position. The Slovenian, Goran Dragic, has proven to be a great back-up for Steve Nash and for now, the future at the point for the Suns. He should receive more minutes this season as Steve Nash gets a year older.

Channing Frye should also receive more playing time with the departure of Amare but I don't see him improving anymore than he did last season. Frye is what he is. He's a big man who can now shoot the three ball, and I don't see his role changing especially if he stays with the Suns.

The Suns have many weapons coming off the bench and could very well prove to have the best statistical bench unit net season. 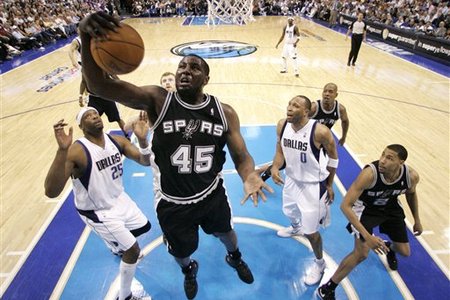 The San Antonio Spurs have one of the best bench units in the league. I would have ranked them in the top 2 if not for the inevitable Tony Parker trade. Parker hasn't been traded yet and the Spurs still believe they can squeeze one more championship in the Tim Duncan era. While I believe the Spurs will be competitive next season, they won't beat the Los Angeles Lakers. As long as the Lakers are healthy, no team in the West has a realistic shot at dethroning the champs.

If Parker is shipped, it will be because the Spurs management believes in George Hill. Hill has been very productive as a starter or a bench player. Hill can play and defend both guard positions. His three point shooting has improved since his rookie season and is one of the main reasons why he has gotten a lot of playing time, that and because Hill is Pop's favorite player.

Splitter was a nice addition for the Spurs, because now McDyess can return to the bench. McDyess isn't a starter in the late stages of his career and will help the Spurs more coming off the bench. Second round steal, Dejuan Blair should improve next season. He's a fantastic rebounder and hustle player but could be so much more. Blair reminds me of a much more rawer version of Paul Millsap. While Blair is undersized, he could receive more playing time if he improves on the defensive end and becomes a consistent jump shooter from 16-18 foot range.

Manu will most likely start with the departure of Keith Bogans, but the bench unit should still be dangerous without the Argentenian. 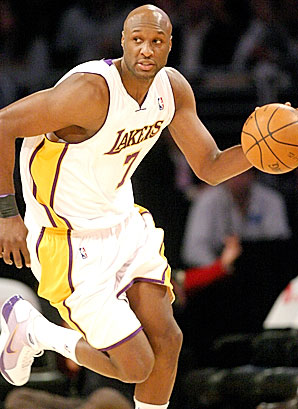 During the 2008 season, the Los Angeles Lakers had the most fearsome bench squad in the league. If I made this list a season ago, the Lakers bench unit would be so far from a top five or even a top ten list. The bench unit last season was absolutely horrific at times and terribly inconsistent.

Laker fans were wondering how this team can have the highest pay roll in the league but have one of the worst bench units at the same time. The bench unit was considered one of the weak links to preventing Los Angeles from winning their second straight championship last season but the starters pulled through during the playoffs.

As Los Angeles aims for a three-peat, fans understand that the bench unit has to improve. Mitch Kupchak, Lakers GM, understood Laker fans pain and used the offseason to improve the bench unit. His first move was to solidify the backcourt, especially with farmar's departure. The Lakers acquired the underrated veteran, in Steve Blake, who should provide three point shooting. Blake is also a decent defender and the best part is that Mitch signed him to a bargain contract.

Also, the addition Matt Barnes should help in the toughness department. He's also a tough minded defender who can hit the open three. Barnes will fit well with the second unit and Mitch also signed him to a cheap contract. Theo Ratliff will provide depth at the center position and the two talented rookies acquired in this years draft, should fill out the bench.

Add the new acquisitions as well as the resigning of Shannon Brown with the versatile Lamar Odom, and you having the makings of a top bench unit. This unit does have the potential to be the best in the league, but like the Miami Heat, they haven't had a chance to gel yet, so I won't consider them the top bunch. 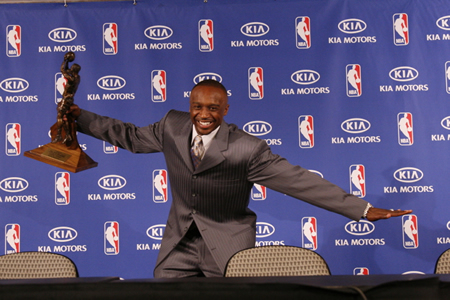 The Dallas Mavericks have the best bench unit in the league. 2009 6th man of the year, Jason Terry, leads the very talented Maverick bench squad. When you have a 20 point scorer coming off the bench, you're squad will be up there in the win column's.

A great bench has to be riddled with good players from 6-10. Besides Jason Terry, the Mavericks have the very underrated J.J Barea. Barea is very small and isn't a starter in this league but the guy can flat out play. He's lightening quick and is a decent three point shooter. Barea pentrates a lot and can get his own shot off.

With the arrival of Caron Butler, it has pushed Shawn Marion to the bench and that could prove to be beneficial for both sides. Marion isn't a threat to score like he was with the Suns and especially not now with Dirk, Terry, and Caron on the team. Marion is extremely versatile. He's still a great defender and rebounder. While he doesn't score as efficiently he use to, Marion proved that he can play the garbage man role pretty well. He was very active on the offensive glass with his put-backs and used his quickness and strength to post up smaller players.

Also, there is Roddy Buckets. Beaubois had a pretty good rookie season and has already proven to be an explosive scorer. If he doesn't start, you're talking about a player like him being your 7th or 8th player off the bench.

The Mavericks also added Tyson Chandler. The 7 footer from Los Angeles has been injured the last two season and may very well not return to the form as he was with the Hornets but he gives the Mavericks more size. The Mavericks will need as many big men they can get their hands on, if they want to match-up with the skyscrapers in Los Angeles.

Mark Cuban's ask questions later method has made the Mavericks the deepest team in the league. Now, they just need to have some postseason success.