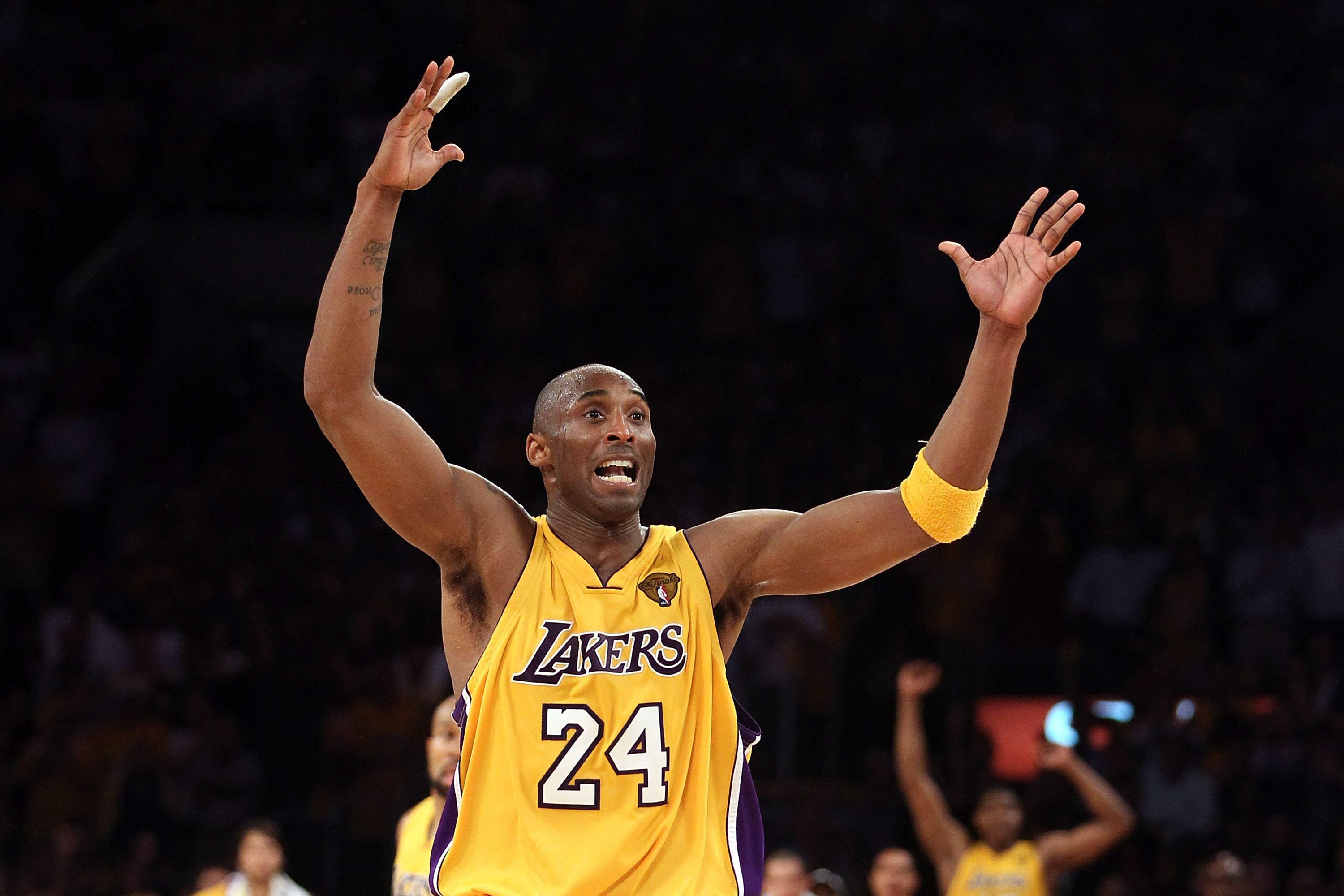 I promised never to write a "top five reasons..." or "top 10 plays..." because a writer wants to be unique. It seems as if the trend on the Bleacher Report is to run these types of articles. I personally despise them and in fact, I usually never read them. Well, I lied. I couldn't help myself after reading an article titled "Kobe Bryant: His Road To Becoming the Greatest Of All-Time" by Kyle Fisher. While Kyle brings up some excellent points regarding Kobe Bryant, he fails to mention the negatives (if you will) that are holding Kobe back from being No. 1 of all time.

People will bring up all of the accolades Kobe Bryant has racked up over his NBA career, and there is no denying that. He is indeed a top 10 player of all time. The MVP award, the Finals MVP awards, the All-Star selections, the total points, Mr. 81, his clutch ability, five NBA championships—all great points and this is why he is a top 10 player. But none trump these five crucial reasons why Kobe will never be No. 1.

(Note: these slides are in no particular order and are not meant to take away from Kobe Bryant's NBA accomplishments.)

Speed is important. We all know that.

While Kobe has used his knowledge to alter his game, that doesn't negate the fact that he doesn't have the speed to get to the rim whenever he wants.

We know that Kobe has lost at least two steps in his explosiveness. This is a major issue considering he has been settling for more jump shots rather than taking it to the hole.

Time is working against him and while he has been able to keep up with his career average shooting percentage, history has shown that he won't be able to keep this up much longer. This will lead to an even further decrease in his career FG percentage (.455) which is already only 1.5 percent above the league average of 44 percent.

To be the best you have to have the best.

Jordan's career field-goal percentage was .497 (at a time when the NBA FG average was roughly 43 percent).

Take out the last two "experimental" years of his career (Washington), plus the few games that he played when he came back in 1995 and that FG percentage  jumps to .504. As a side note, the league was much more physical while the baskets were smaller.

Kobe is just not as efficient as Jordan was, while having more opportunities than Jordan. When we look at all-time greats we analyze their stats and moreover their efficiency rating (PER). You'd be surprised to find that Kobe is not even top 15 in career PER rating in NBA history (ranked No. 17 with a PER of 23.50).

Kobe should be in the league another three to four years and again, as history has shown, his PER will continue to decrease as the years pass. 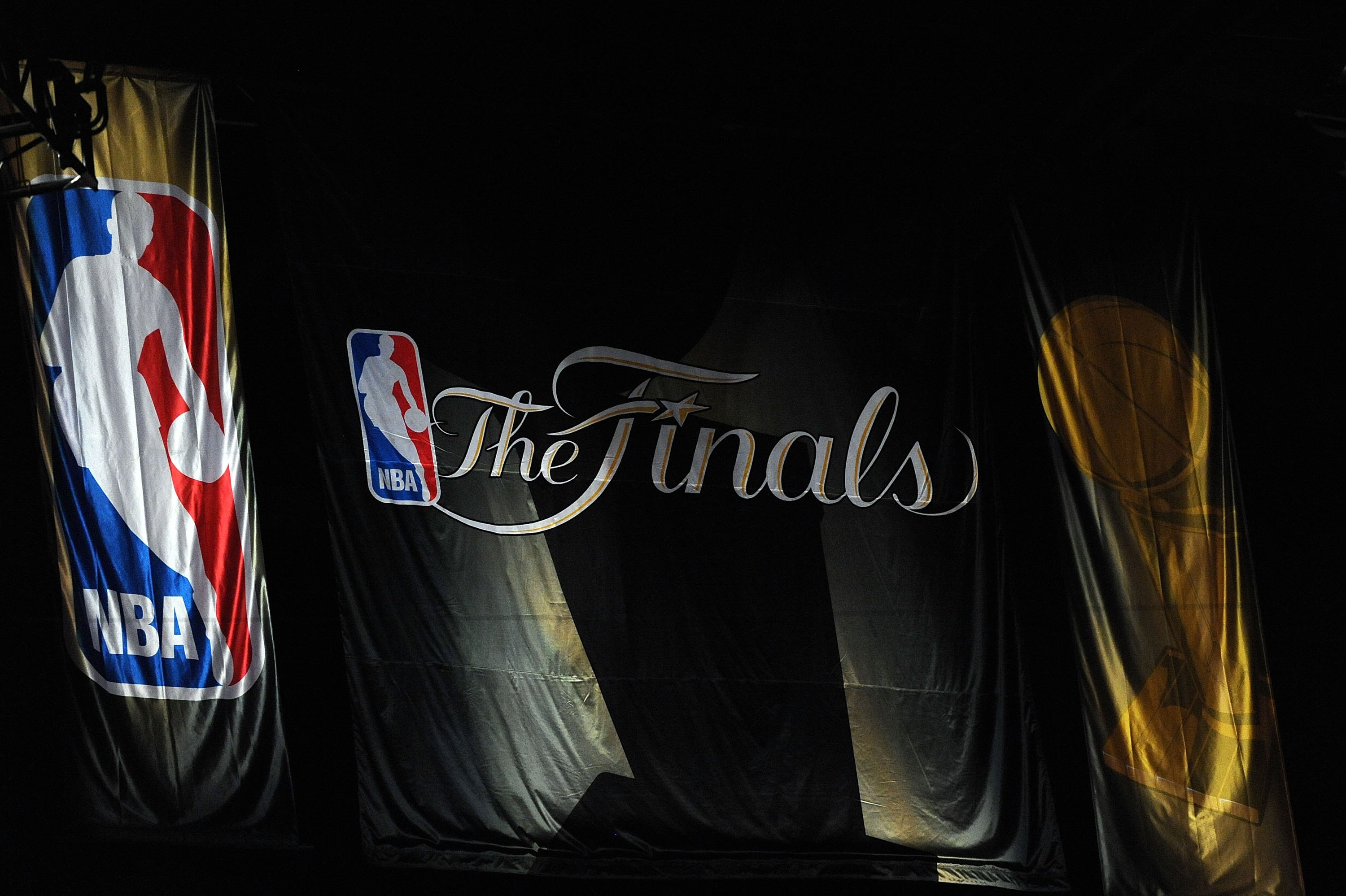 Kobe Bryant's mark of 5-for-7 in NBA Finals games is outstanding. That mark is better than Magic Johnson's record of 5-for-9 (really 5-for-8 because of the injury Magic sustained in the 1989 Finals). This isn't about comparing the actual records of 6-0 to 5-7. It's about the two series that Kobe lost.

In 2004, he was .381 for the series and his shot chucking was the reason why the Lakers lost (to a bunch of "scrubs"). No matter what adversity Michael Jordan went through, he always kept it together during the game. 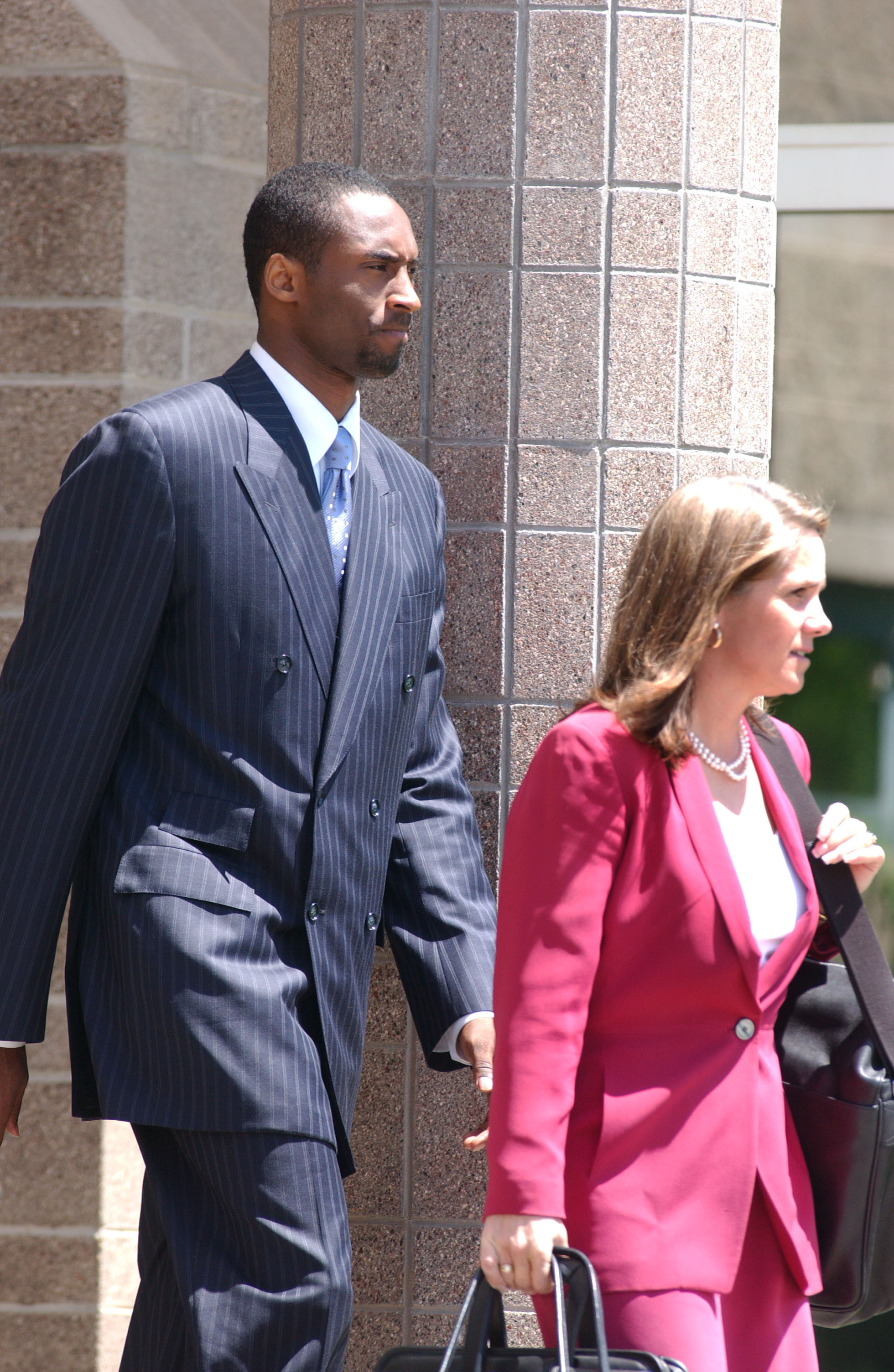 All athletes have had their share of off the court issues. For MJ it was gambling. For John Daly it was alcohol. But nothing tops adultery in Kobe's case. The only reason why this didn't completely tarnish his reputation is because it was consensual.

Many people, including myself, will argue that off the court issues have nothing to do with what goes on during the game (tell that to Tiger or Clemens). However, the fact of the matter is that most people will never be able to push past this image of Bryant. You can't be #1 as an adulterer. 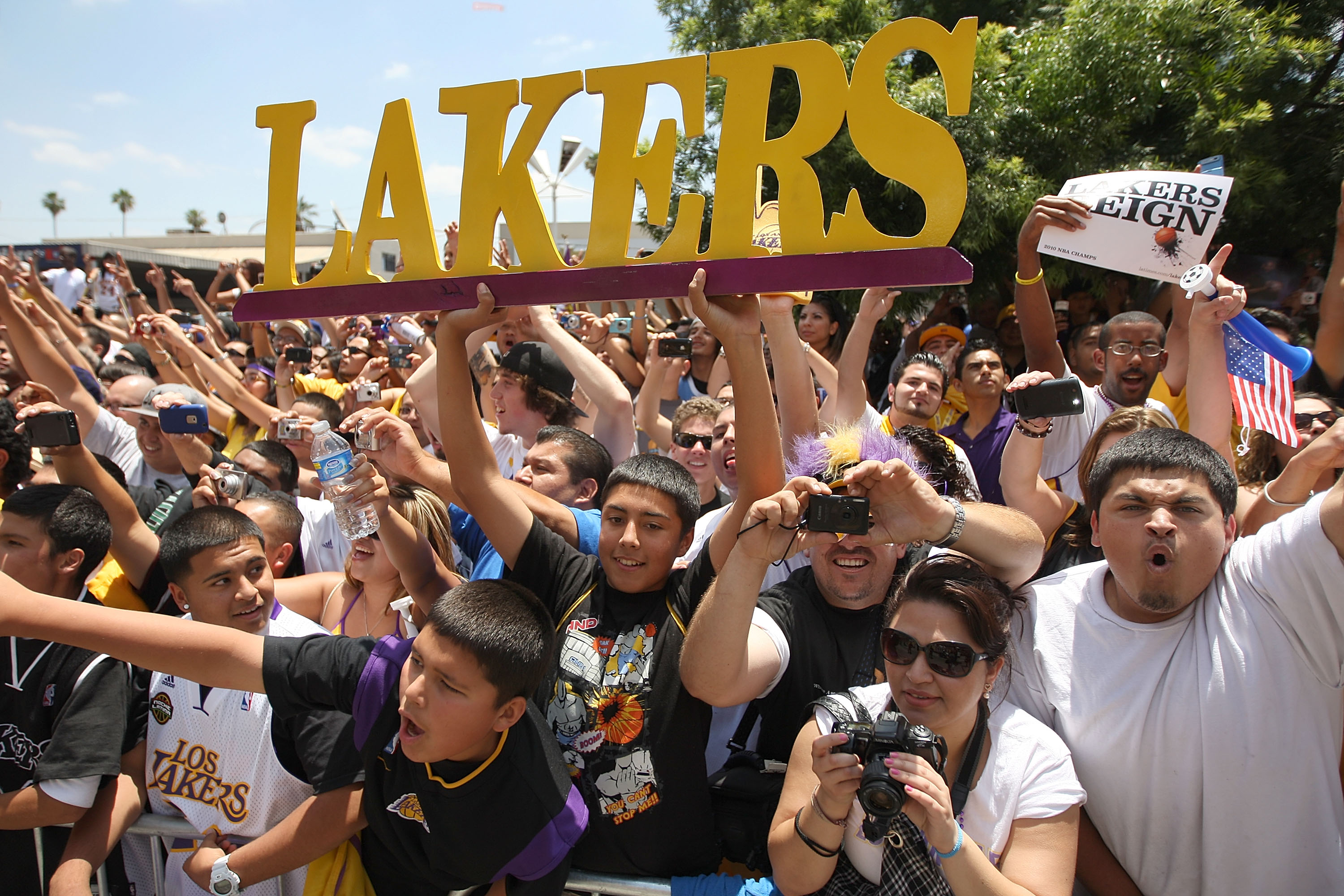 If winning was truly important, LeBron should have gone to the Lakers. The Lakers have a long history of winning by putting the best together. The New York Yankees of basketball spent $93 million in salaries last season. And why not? If you've got it flaunt it.

Most experienced PG in the NBA—Derek Fisher, No. 1 Sixth Man in the NBA—Lamar Odom, No. 1 or No. 2 bench in the NBA,

All this and then add the No. 1 SG in the NBA (Kobe) and it's no wonder why the Lakers have won back-to-back. Again, this is not to take away from Kobe Bryant.

He is a superior NBA athlete, but his teammates are always overlooked, for good or for bad, and they were the main reason for these back-to-back Finals trophies. Just wait until next year when LA's bench is even stronger.

Going back to the last point, in 2008 Kobe had Gasol, Radmanovic, Odom, Bynum (when not injured), Fisher, Ariza. ALL (including Radmanovic where he had his most productive season ever) were good role players but not in the top three at their respective positions at that current time period.

I'm personally not a fan of LeBron either but Lakers fans seem to knock him for putting himself in the same situation that the Lakers organization put Kobe in. It's not LeBron's fault that the Cavs organization is run by (insert derogatory comment here).

But what's the real point here?

Neither James nor Bryant will ever be No. 1 of all-time. During Jordan's first three-peat, he never had one player that was the best at his position. Sure, Pippen is now considered one of the best forwards of all-time, but in 1991, while being an All-Star, he wasn't top three at his position...but he wasn't back then. Paxson, Gant, or Armstrong? All good role players but none top three at their position. 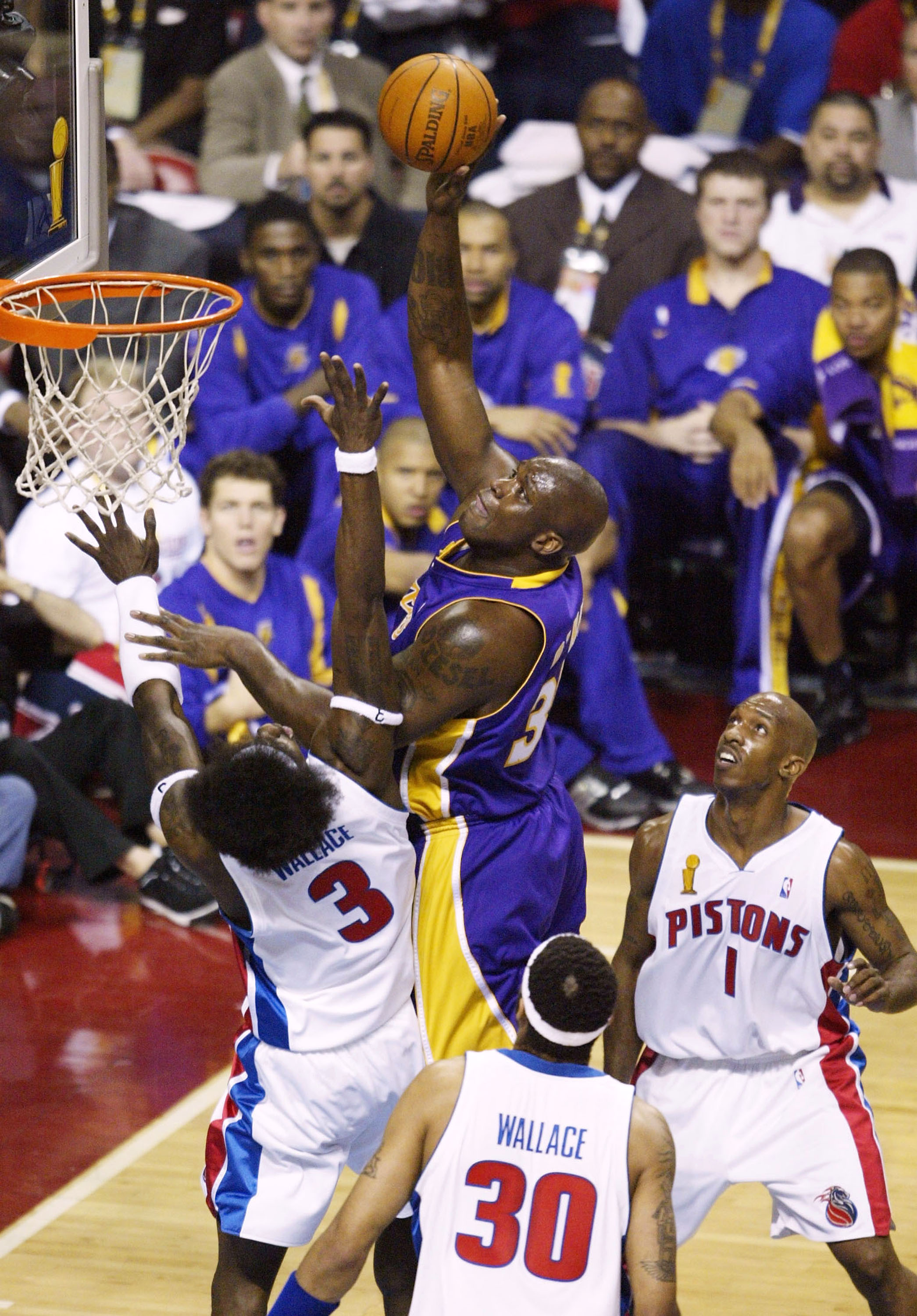 The three rings Kobe accumulated throughout the earlier part of this past decade is mainly seen as being due to the play of Horry, Fisher, Fox, George, even Madsen, however none of these role players hold a candle to Shaq.

It is strongly recommended to watch some Shaq highlights from 2000-2003. Triple, not double, teams were thrown at Shaq for the majority of each game. It didn't matter. The Big Diesel was unstoppable. 7'1" 325. Enough said.

Kobe had the luxury of chucking shots knowing that he had the ultimate rebounder/putback-er to ever play the game. Sit back and truly think about what it means to have Shaq.

I persoanlly hate the whole "Alpha Dog" argument (mainly because it's an attention grabber put in place by the media) but I'll use it when it's to my advantage, why not?

Shaq was clearly the Alpha Dog on that team.

HE was the unstoppable one. You shut down Shaq and you've shut down the Lakers. There was little mention of Kobe.