NASCAR 2010: The 10 Worst Drivers in the Current Sprint Cup Circuit 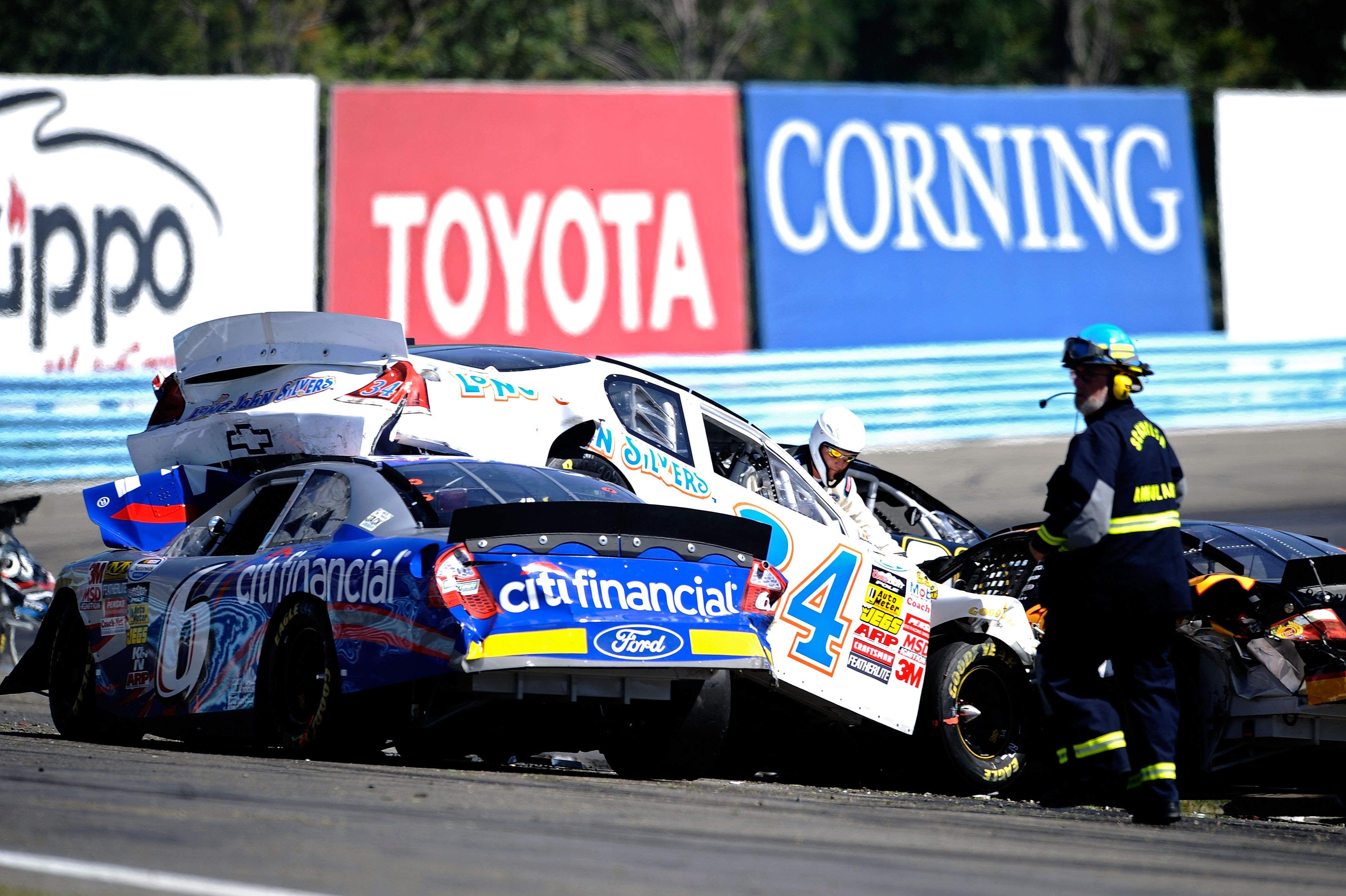 NASCAR is a sport where things can go from good to bad in the blink of an eye. One wrong move and you can go from the the lead to the back.

There are many exciting drivers to watch on the Sprint Cup circuit, guys like four-time defending champion Jimmie Johnson, but there are also plenty of racers who are just taking up space on the track.

This is a list of 10 Sprint Cup drivers who just haven't cut it this season. All 10 of these drivers have made at least five starts this season, and they range in experience from rookies to 18-year veterans.

Some have had past success, and others have had little success, but this season none of them have had success. 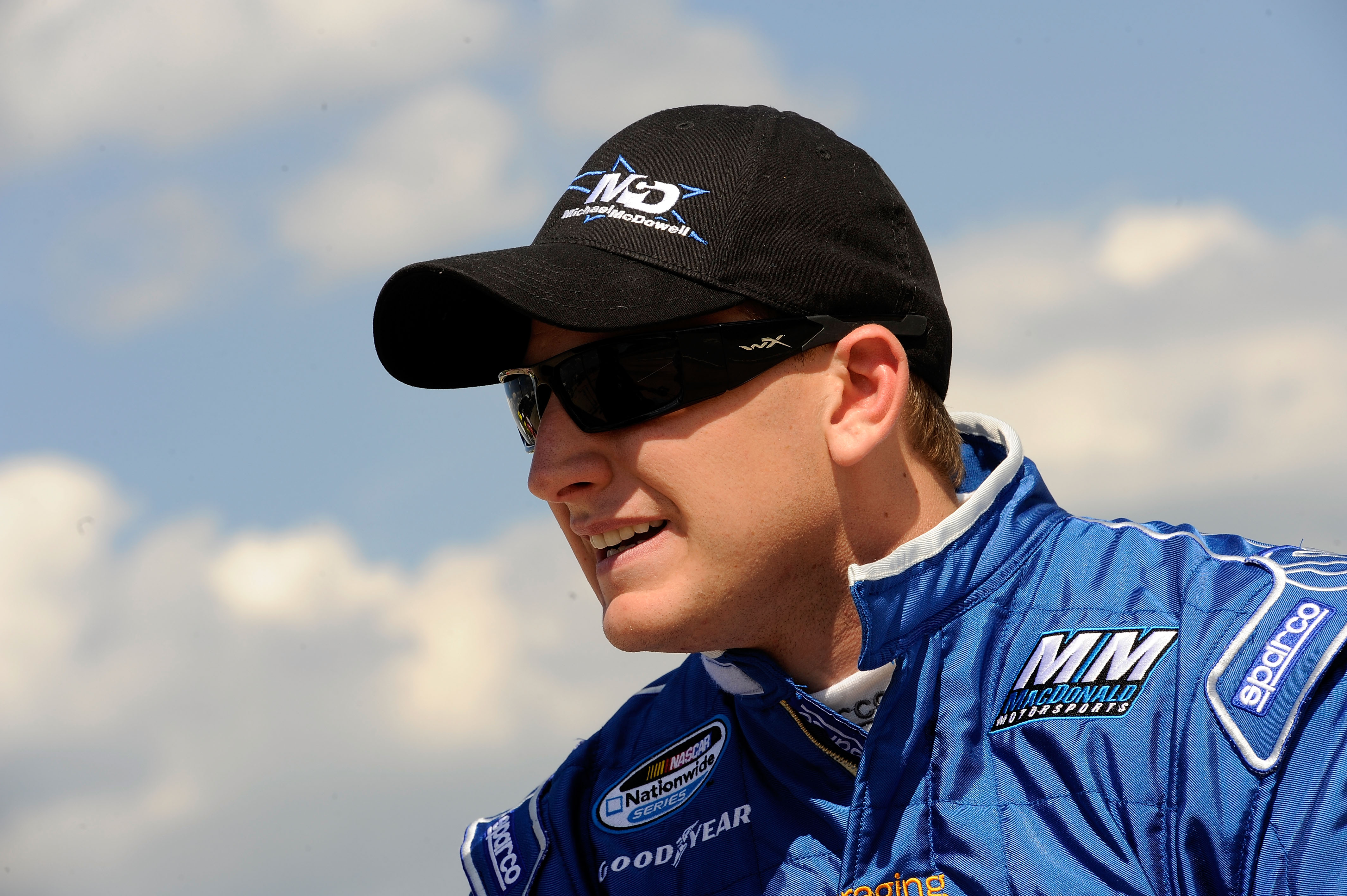 McDowell is in his third season in the Sprint Cup series and he is still trying to find his way. The 25-year-old Arizona native has yet to finish in the top 30 in a race this season.

McDowell has made 17 starts in Sprint Cup action, finishing worse than 40th on 15 occasions.

He has fared better in qualifying where he has qualified in the top 30 five times this season, but he hasn't been able to carry those runs into success on race day.

McDowell is still young and he has time to pull it together but his career is off to a rocky start so far. 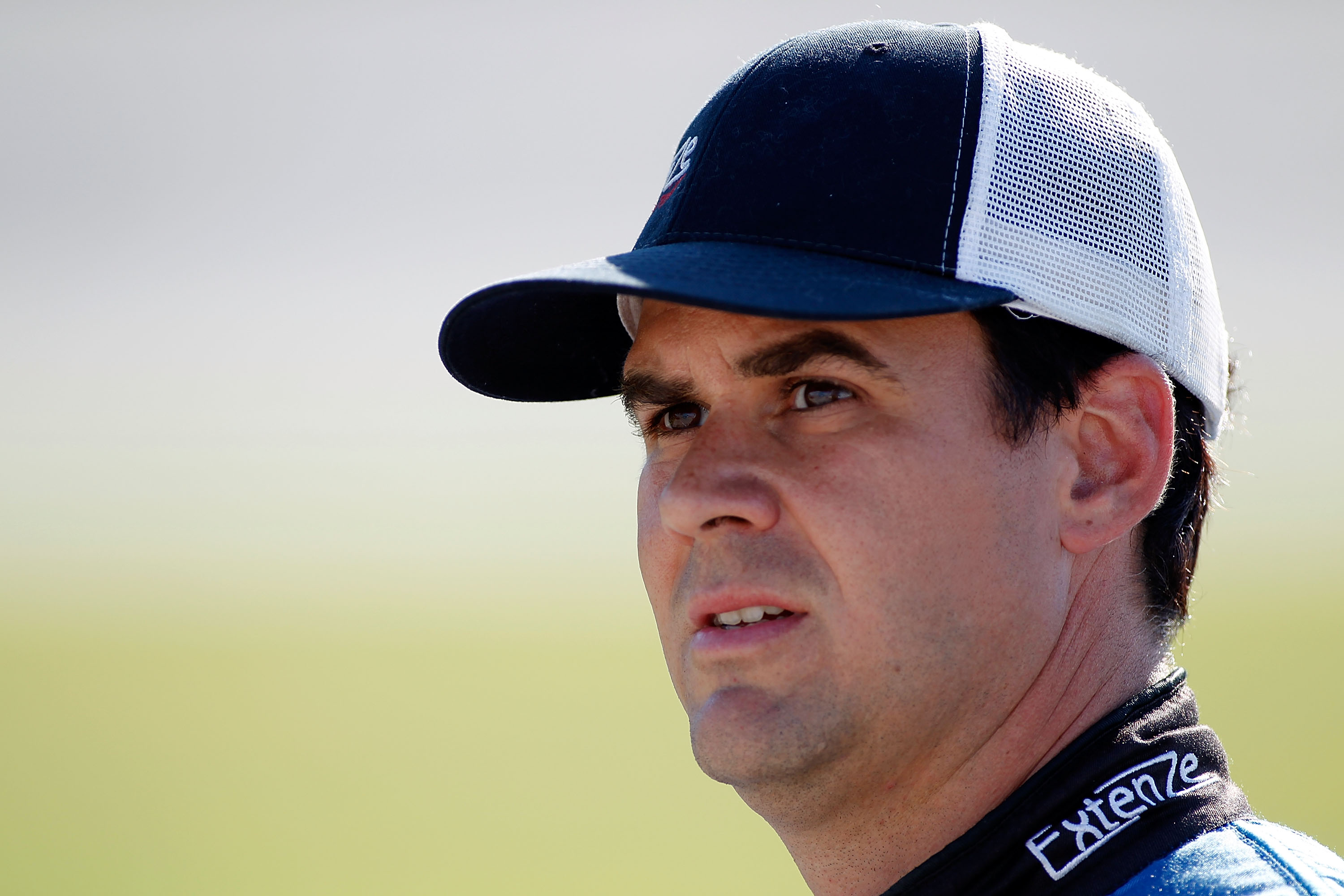 Conway is in the midst of his first Sprint Cup season this year, and it has not been a good one. Conway ranks 35th in Sprint Cup points this year while making 22 starts.

The 32-year-old rookie driver has finished in the top 30 six times this season, with two top 20 finishes.Conway's best finish came in July at Daytona when he finished in 14th place.

The main problem for Conway this season is that he has usually started at the back of the pack. In 11 of his last 12 races, he has started in the 40th position or worse.

It's tough to win races when you are starting at or near the back each week and Conway has definitely come to understand that this season. 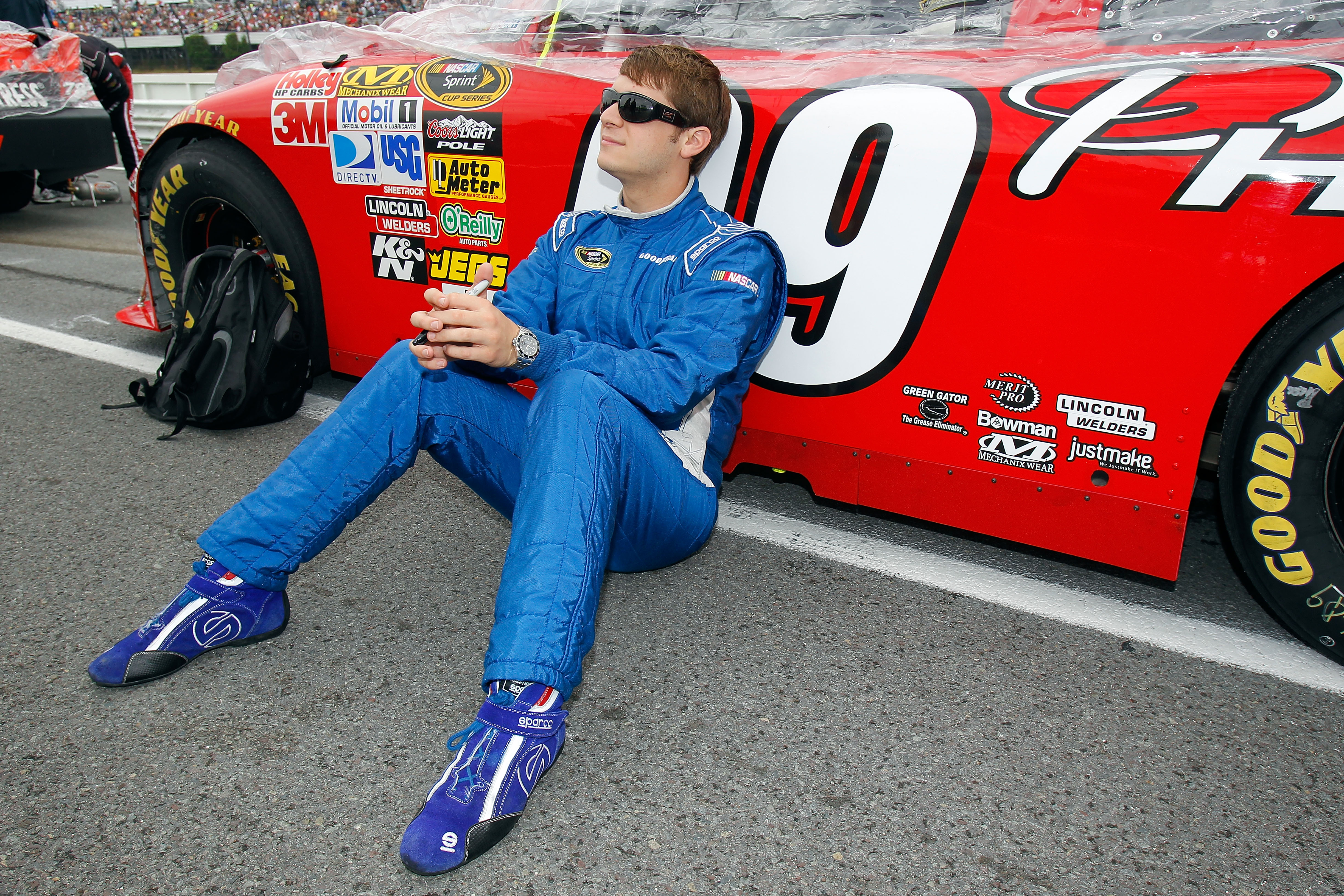 Cassill has seen some success in the past on the Nationwide Series, but he has struggled while racing with the big boys this season.

The 21-year-old has only six starts in Sprint Cup action this season and, unfortunately for Cassill and his crew, he has not made the most of those opportunities.

Cassill's best finish came two weeks ago at Michigan when he finished 38th, and he currently sits 49th in the Sprint Cup standings.

The 5'7" driver from Iowa has had decent starting position in two of his races while beginning in the top 20, but he has yet to put it all together.

Cassill should be another young driver to keep an eye on in the future. 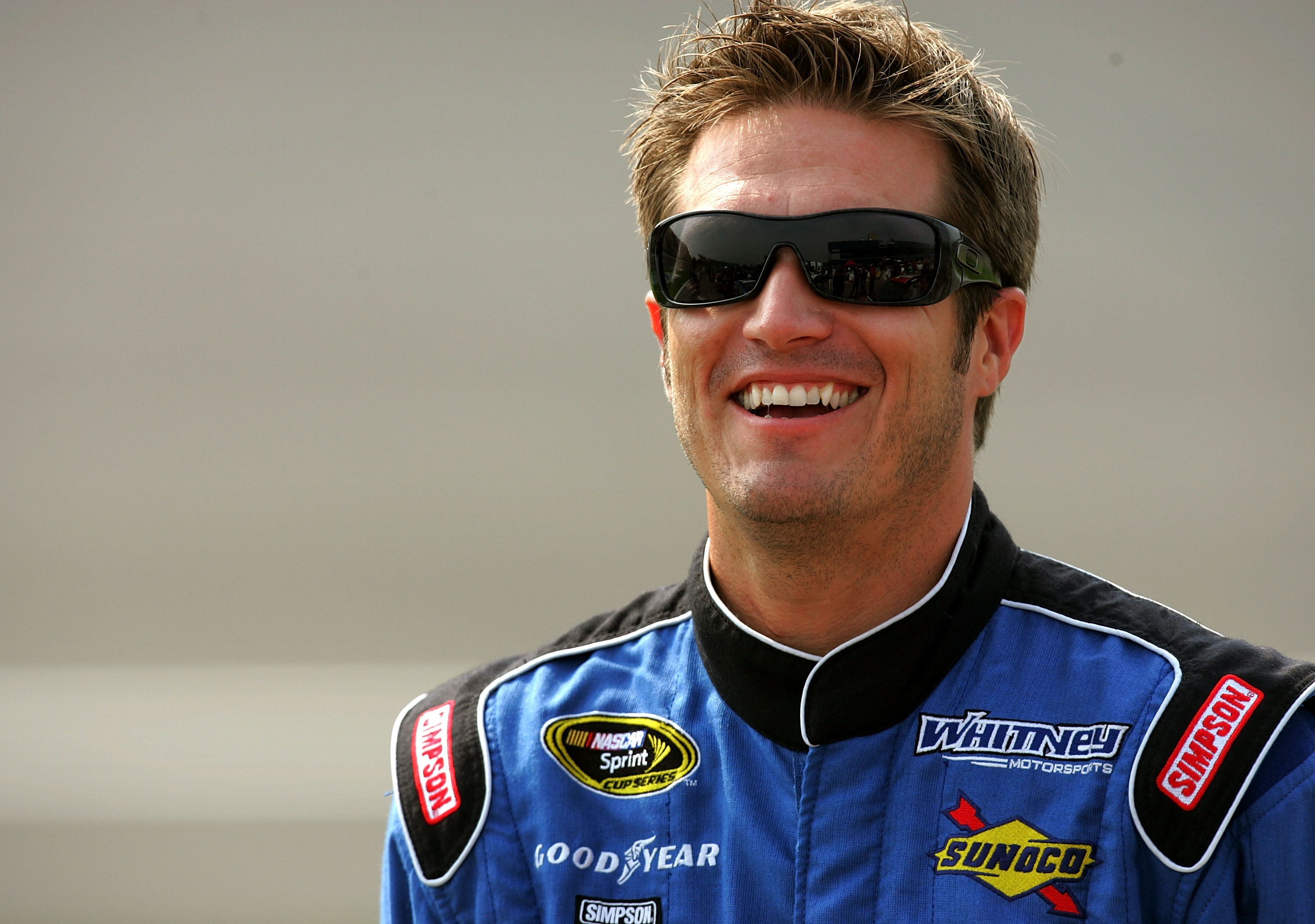 Yeley is in his sixth season racing in the Sprint Cup series, and is currently 46th in the points standings.

The 33-year-old has enjoyed Sprint Cup success in the past while finishing 21st in points during the 2007 campaign. Yeley has failed to replicate that success over the past few seasons as his best finish this season is 19th at the July Daytona race.

Yeley hasn't been as consistently bad as most of the other drivers on this list, but he hasn't been good either.

He will need to finish this season well if he wants to build some momentum for 2011. 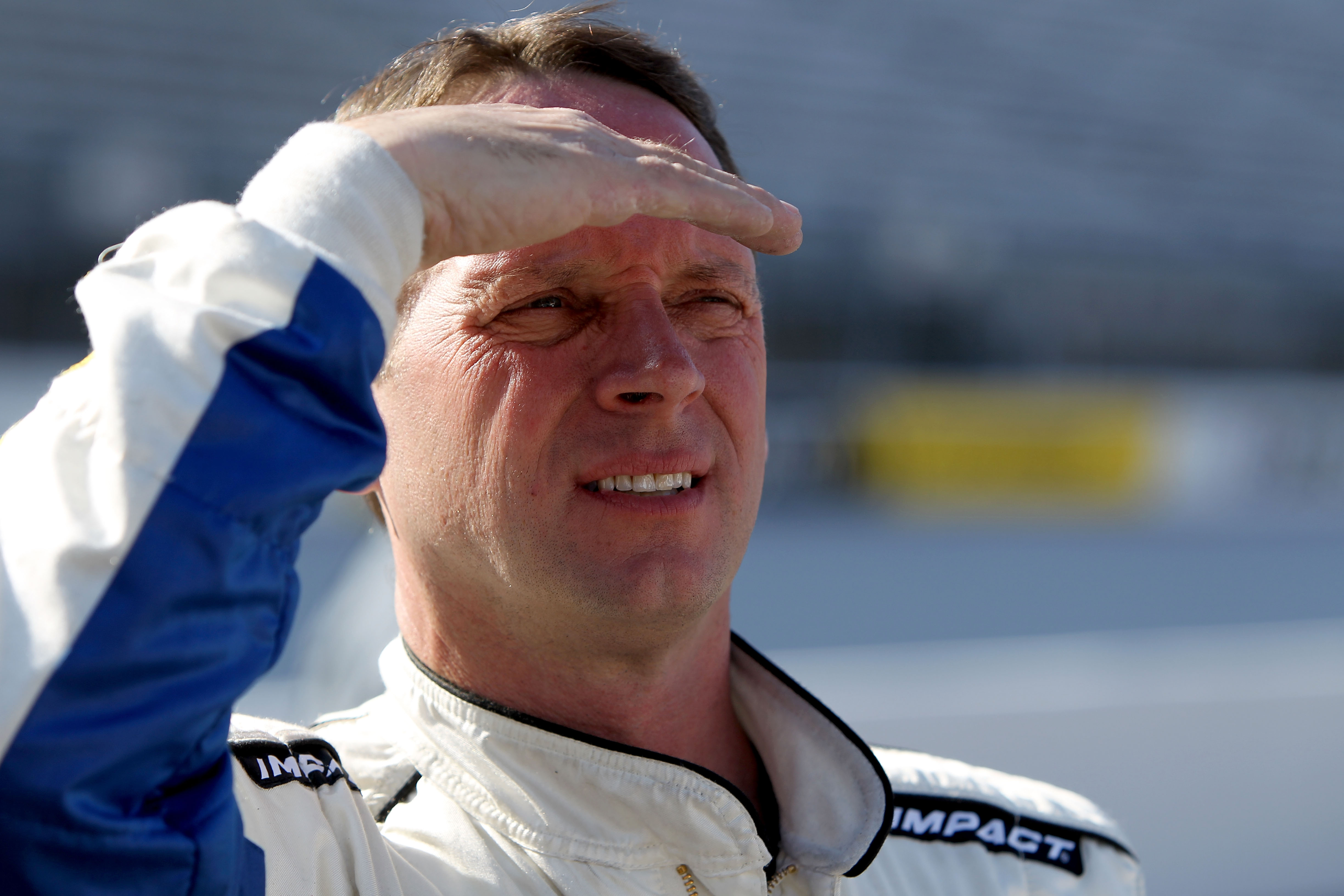 Blaney is a NASCAR veteran with his rookie season coming in 1992, but he has never enjoyed the success for which he probably hoped.

Blaney has 30 top 10 finishes during his career, but he has never won a race on in Sprint Cup action. This year has been a rough one for the 47-year-old as he currently sits 44th in the points standings.

In 17 starts this season Blaney has finished in the top 40 only three times. Blaney's best finish came at the Las Vegas Motor Speedway in February when he finished 29th.

While Blaney has had moments of success in the past, it looks like he will have to wait beyond this season to record his first Sprint Cup victory. 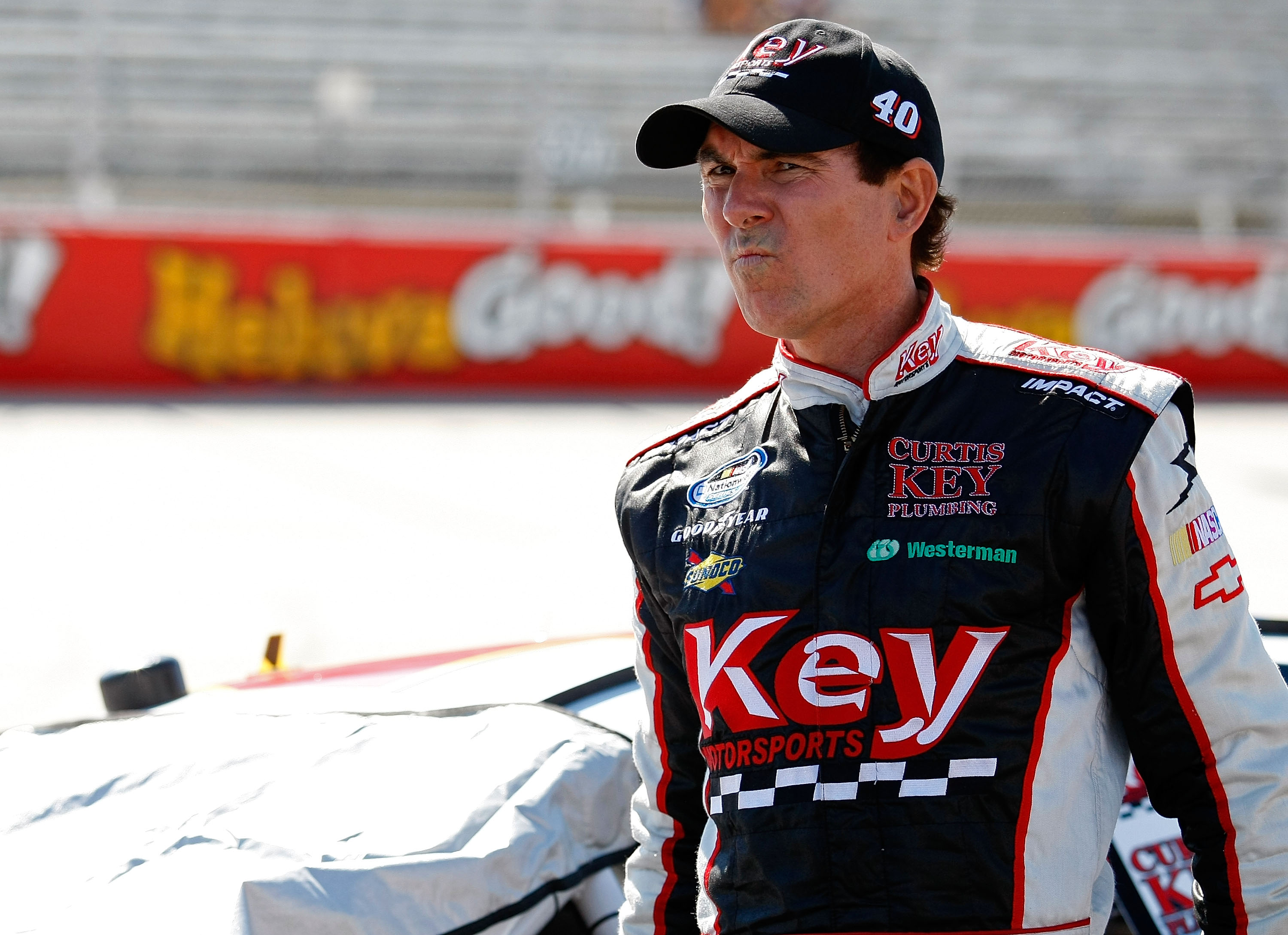 Bliss is another NASCAR veteran who has struggled this season. Bliss made his Sprint Cup debut in 1998, and has nine top 10 finishes to his name.

The 45-year-old has two top 10 finishes this season, but is still 40th in the Sprint Cup standings this year. Bliss' best finish came at the July Daytona race when he finished ninth, and he also had a 10th place finish at Talladega in April.

Bliss has not fared as well in his other nine starts this season, as he has six finishes below 39th place this year.

Like Blaney, Bliss is still searching for his first career Sprint Cup victory. 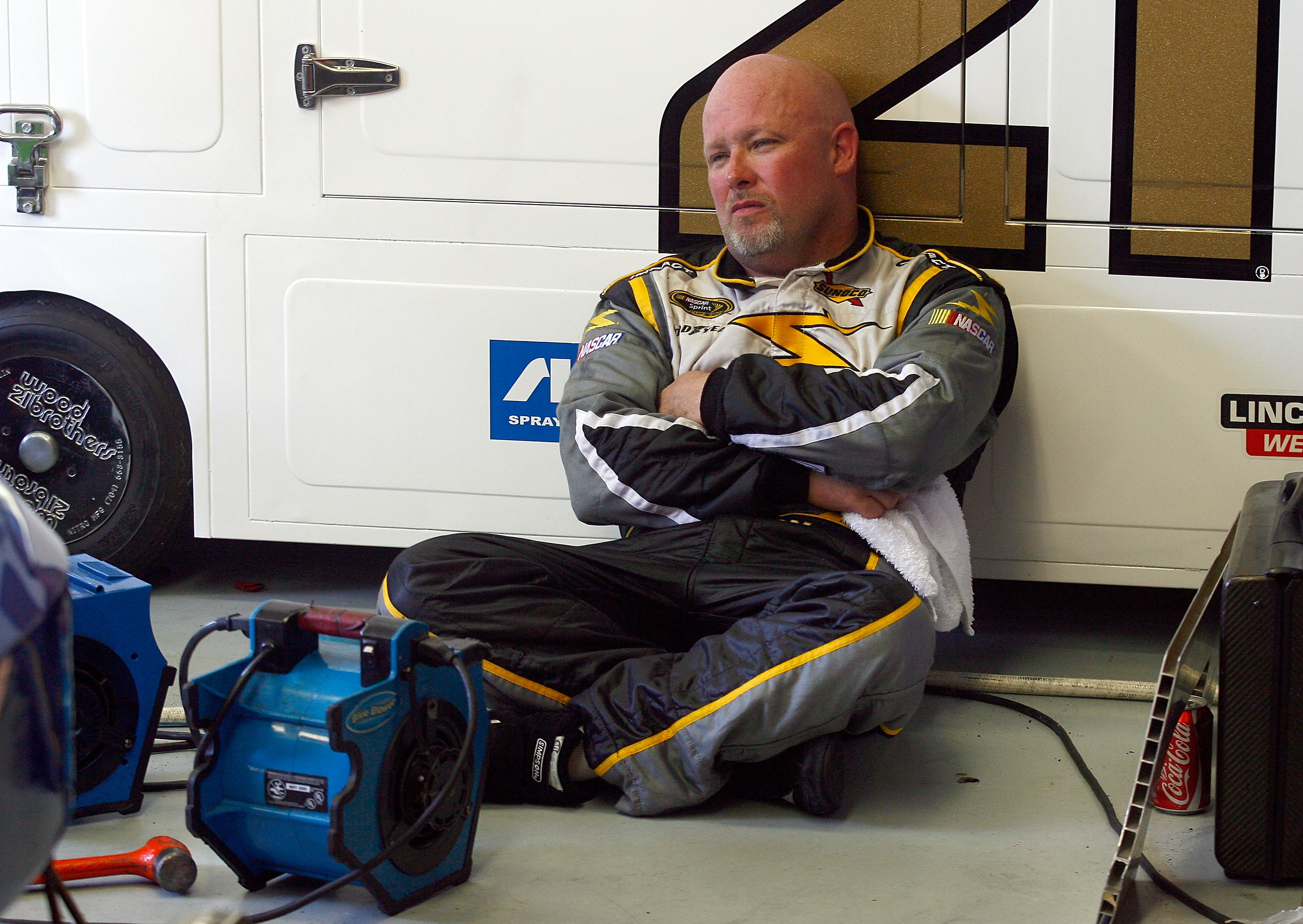 Bodine is yet another struggling NASCAR veteran this season, as he currently ranks 48th in the points standings.

Bodine has seven Sprint Cup starts this year, with his best finishes coming at the Brickyard, and Pocono when he finished 37th.

The 46-year-old New York native has not fared well this season, but bad finishes have run in the family this year as Bodine's older brother, Geoff, finished 41st at Pocono in his only Sprint Cup race this season.

Todd's lone career win came in 2001, and he has not finished in the top 40 in points since 2003. Expect the Bodine brothers' struggles on the race track to continue for at least the rest of this season. 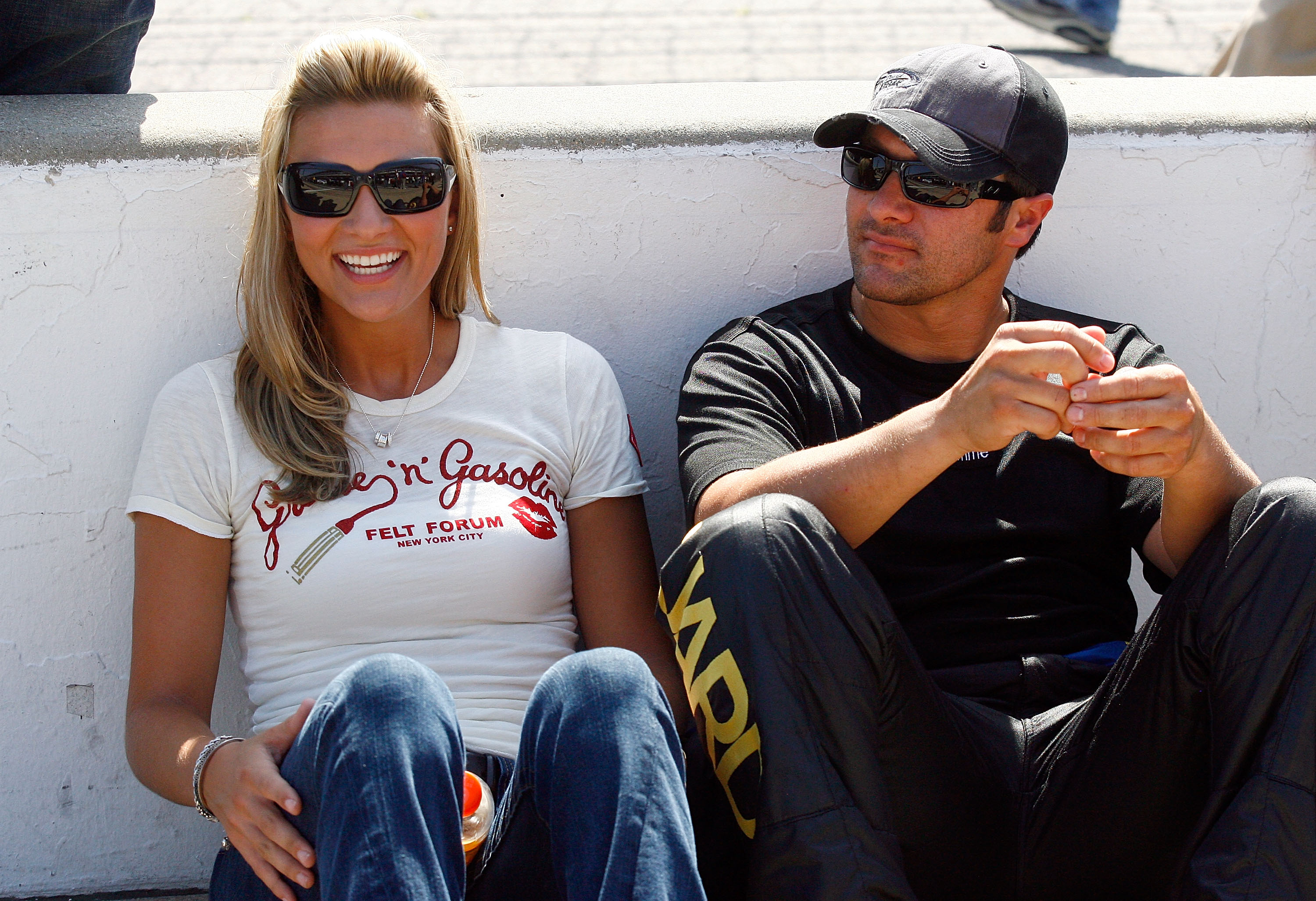 Things could be worse for StremmeJason Smith/Getty Images

Stremme is in his sixth year on the Sprint Cup circuit and he is still searching for success.

The 33-year-old currently sits 39th in the points standings after his 11 starts this season. Stremme matched his best finish of 24th three times this season, and he has yet to qualify in the top 30 this year.

Stremme had three top 10 finishes in 2007, but hasn't had one since and is still looking for his first career Sprint Cup victory.

Stremme has 20 top five finishes on the Nationwide Series, but he hasn't been fast enough to compete on the top circuit thus far in his career. 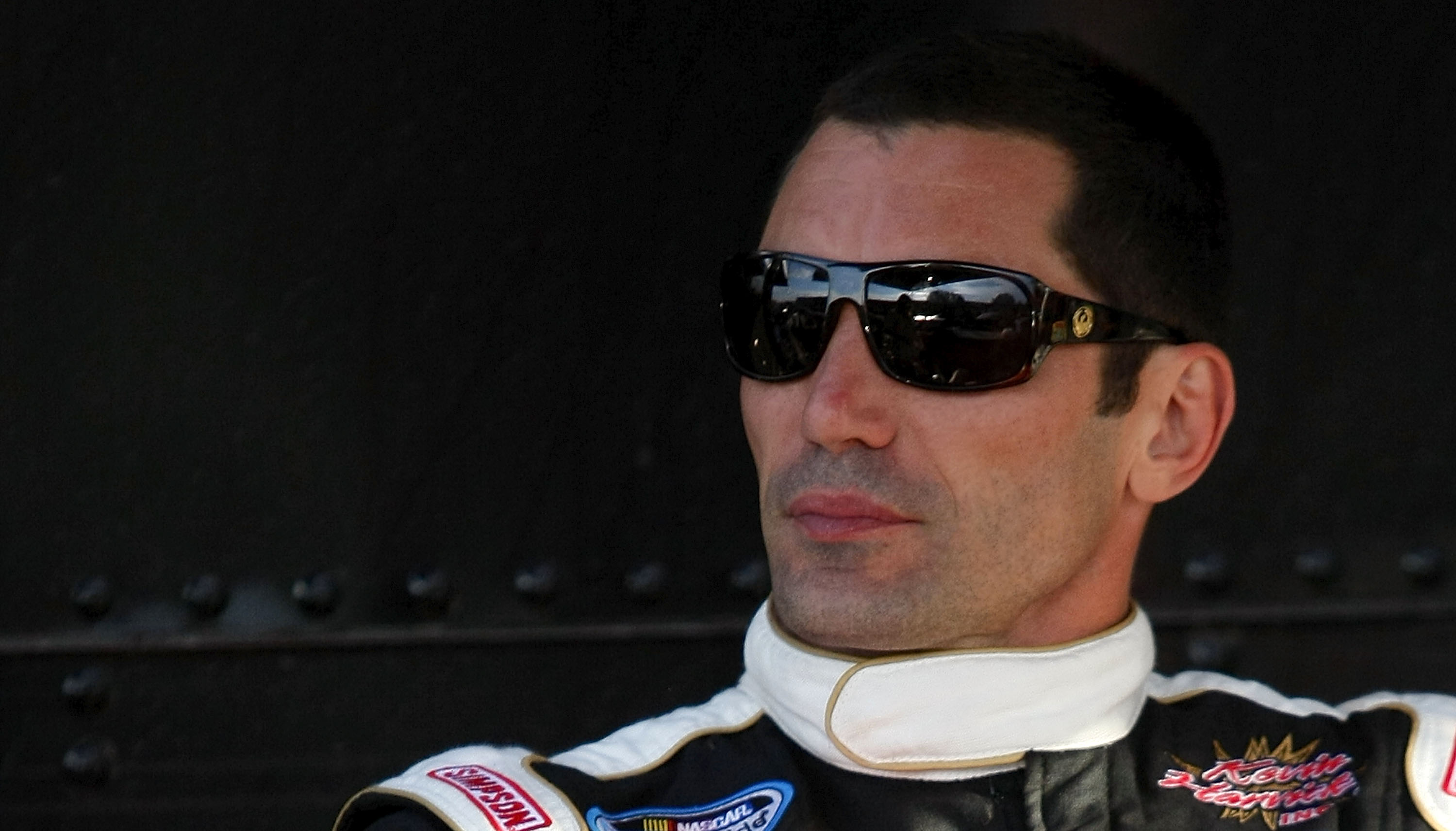 The 40-year-old Italian is in his third season racing in the Sprint Cup series, and like most of the drivers on this list, is still searching for his first career victory.

Papis' best finish this season came earlier this month when he finished 22nd at Watkins Glen.

Papis currently sits 38th in the points standings while making 18 starts. Papis has struggled mightily as of late, finishing 41st or worse in seven of his last eight races.

Papis is still relatively new to Sprint Cup racing, but he will need to show improvement if he wants to continue racing on the circuit in the future. 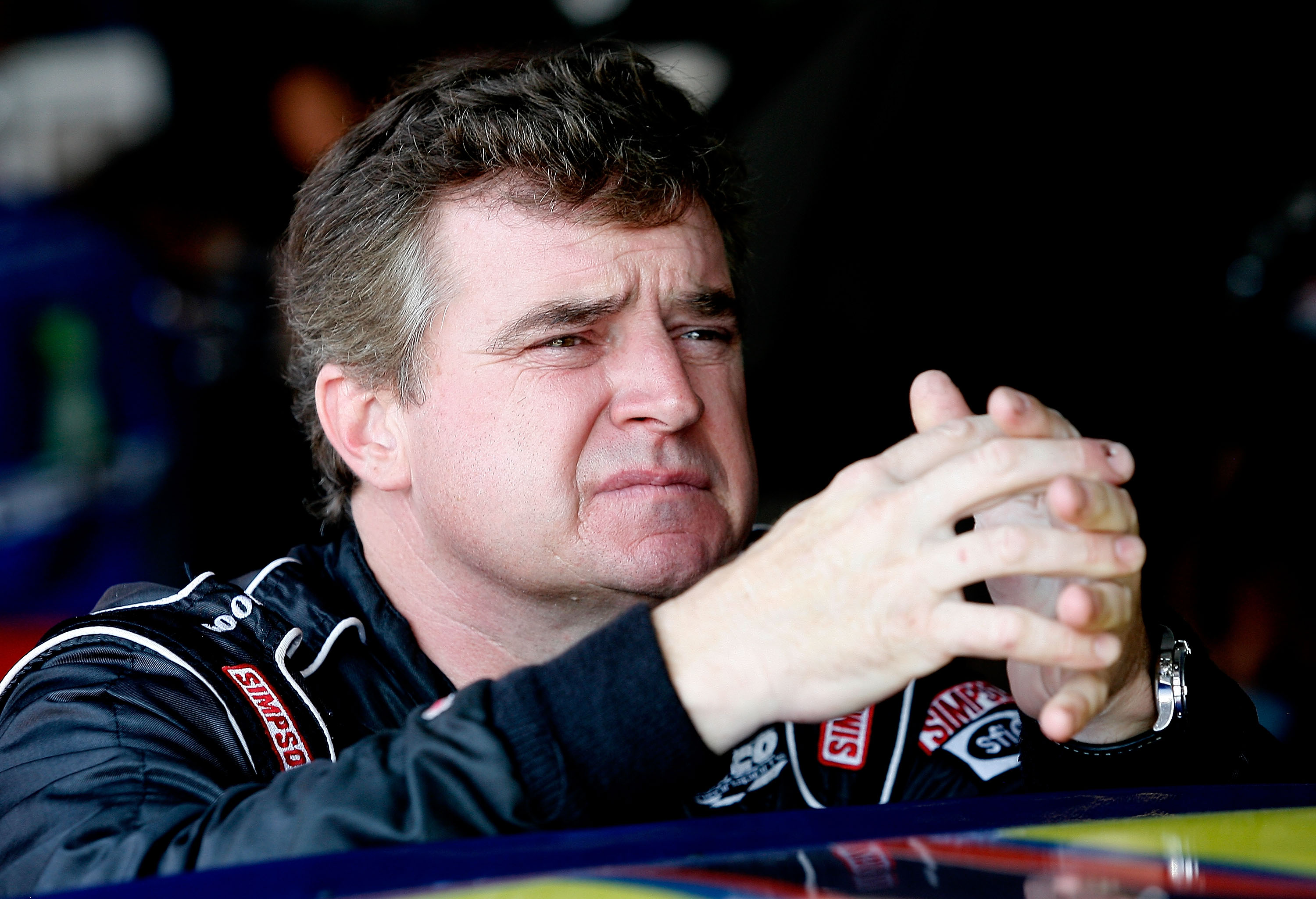 No driver on this list has enjoyed as much past Sprint Cup success as Joe Nemechek.

Nemechek has four career victories on the circuit, but he has been downright terrible this season, finishing 37th or worse in all 22 of his starts this year.

Nemechek currently sits in 37th place in the points standings, and has failed to have any success this season outside of his top 15 qualifying times at three races.

Nemechek has to be wondering how his career headed south so much over the past five years, and he will look to 2011 to try to regain some his past glory.