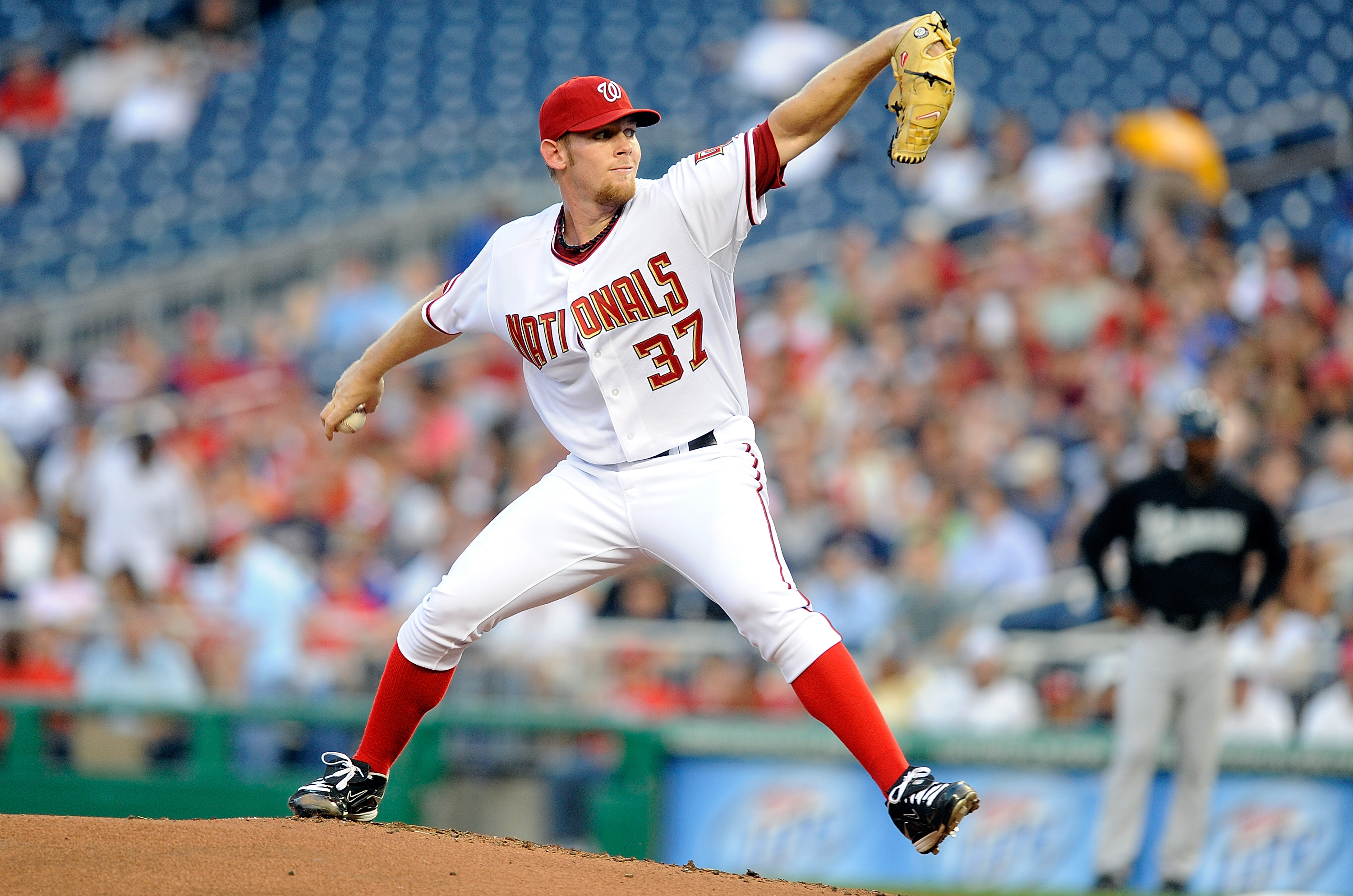 Stephen Strasburg was injured for the second time this season while pitching last night against the Philadelphia Phillies. While both of his injuries have been minor, neither injury should be overlooked.

Strasburg is the future of the Nationals' organization and the future of baseball. The team won't take any chances when it comes to Strasburg's health, and who can blame them. Strasburg has lived up to the hype this season by striking out 92 batters in just 68 innings.

Here is a list that Nationals' fans hope Strasburg won't be on anytime soon, the top nine players who have had their careers derailed by injury. 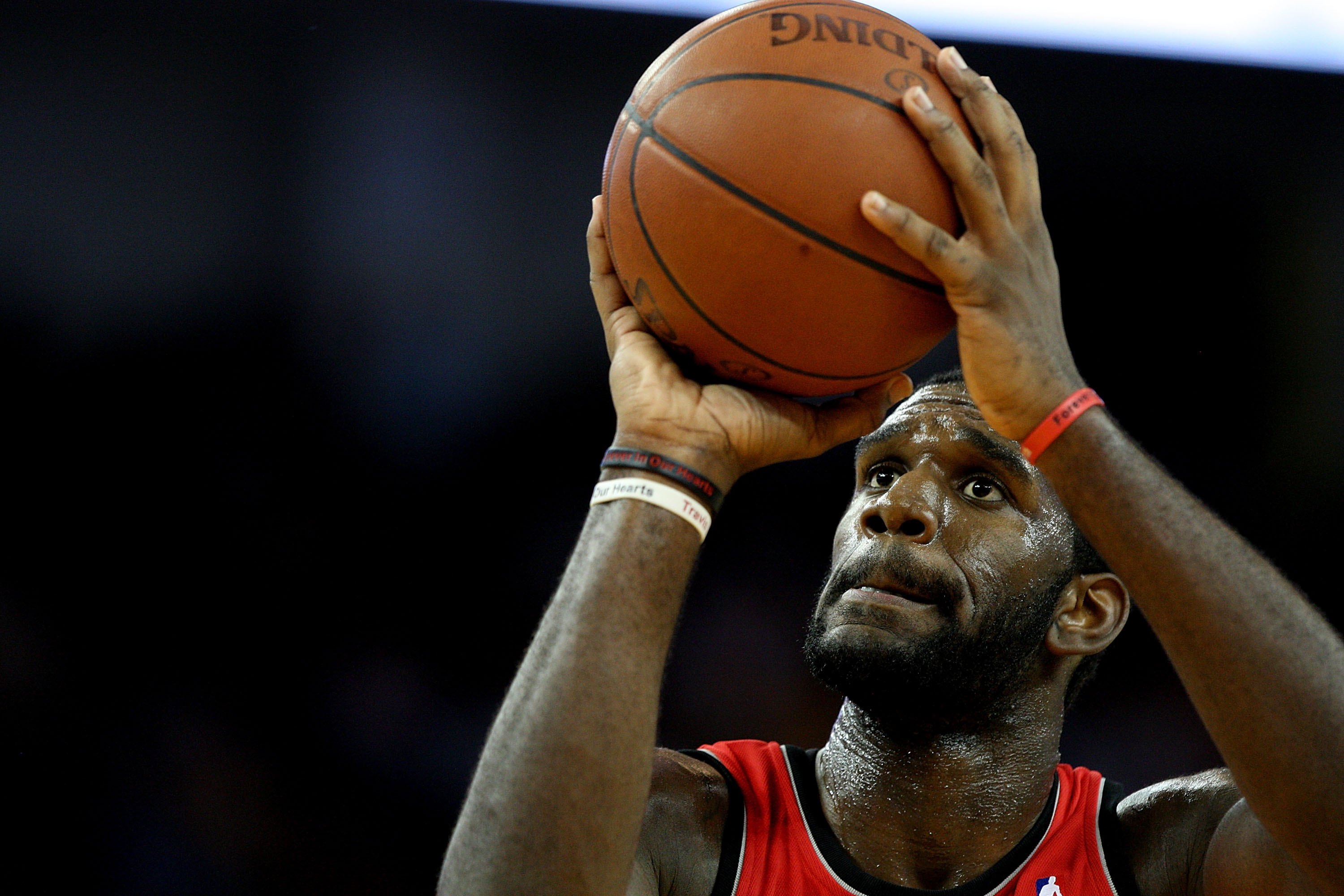 So much for the 2007 NBA draft debate of Oden vs. Durant.

While Kevin Durant was leading the team formerly known as the Seattle Supersonics to the playoffs and establishing himself as the one of top five players in the league, Greg Oden was licking his wounds for the third straight season.

Oden was supposed to be the next great big man in the NBA, perhaps the only man who could fill Shaq's size 22 shoes, but instead Oden's claim to fame has been the fact that he looks like he's 40 when he's actually 22.

Oden has played 82 games in his career, which would be great if he was entering his second season, but he's not. Oden will enter his third season in the NBA averaging only 9.4 points and 4.5 rebounds per game. Not exactly stats that Shaq would approve of, but Oden needs to worry about playing a full season before he can start putting up big numbers for the Trailblazers this year.

If Oden can't stay on the court and put up better numbers he will go down as one of the biggest draft busts of the decade, literally and figuratively. 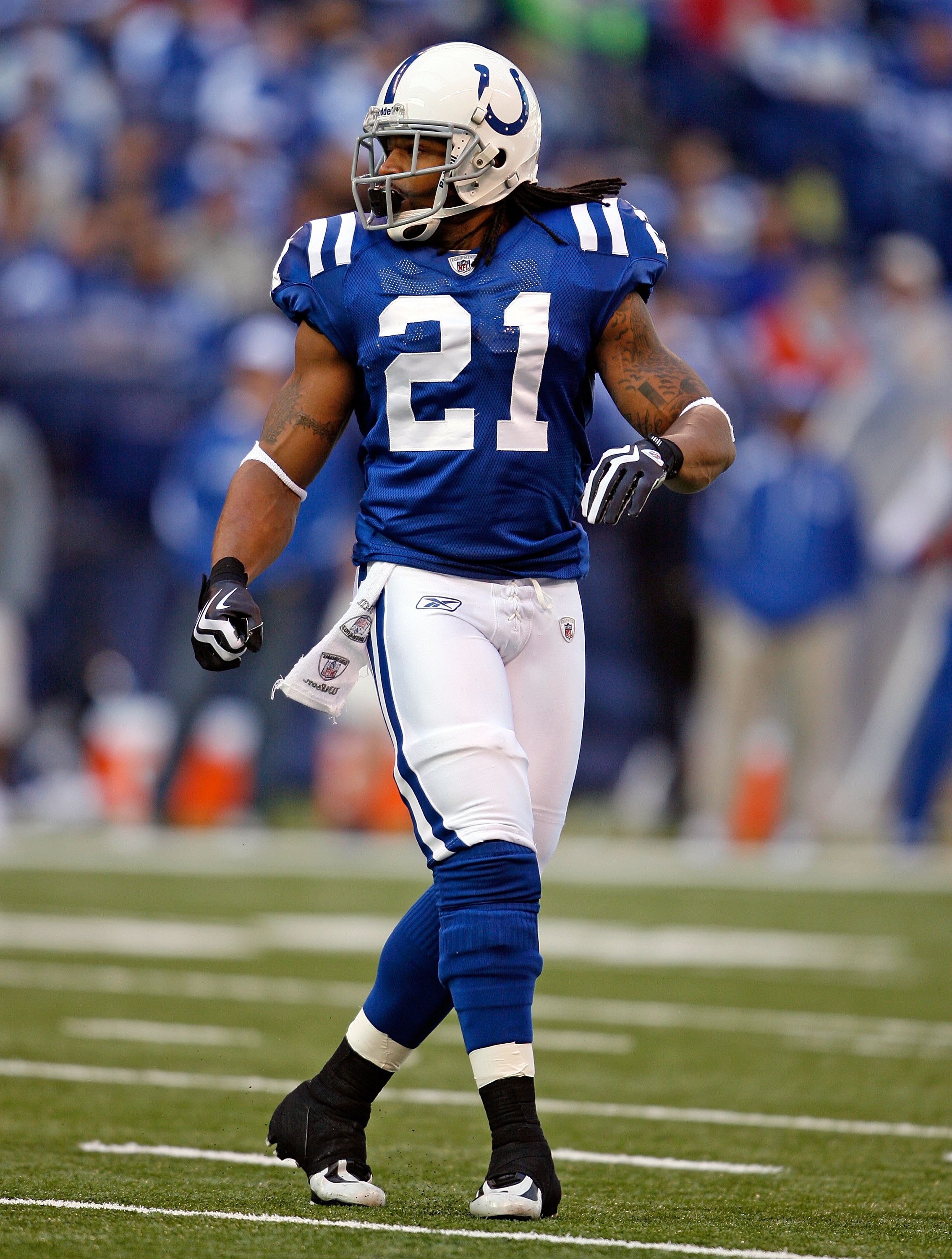 You know times are tough when your Madden 11 injury rating has dropped to a 49, enter Indianapolis Colts strong safety Bob Sanders.

Sanders was the Colts second-round draft pick out of Iowa in 2004, and has only played in 49 games during his six year career. Sanders sophomore season for the Colts was his breakout year when he recorded 91 tackles from his defensive backfield position.

The former Hawkeye followed that season up by playing in only four games due to injury. However, Sanders had a bounce back season in 2007 by recording 96 tackles and intercepting two passes.

The last two seasons Sanders has been on the field for a total of only eight games. Sanders already missed the Colts first preseason game due to a biceps injury and he will need to stay healthy if he wants to regain his starting position from Melvin Bullitt and more importantly improve his Madden injury rating. 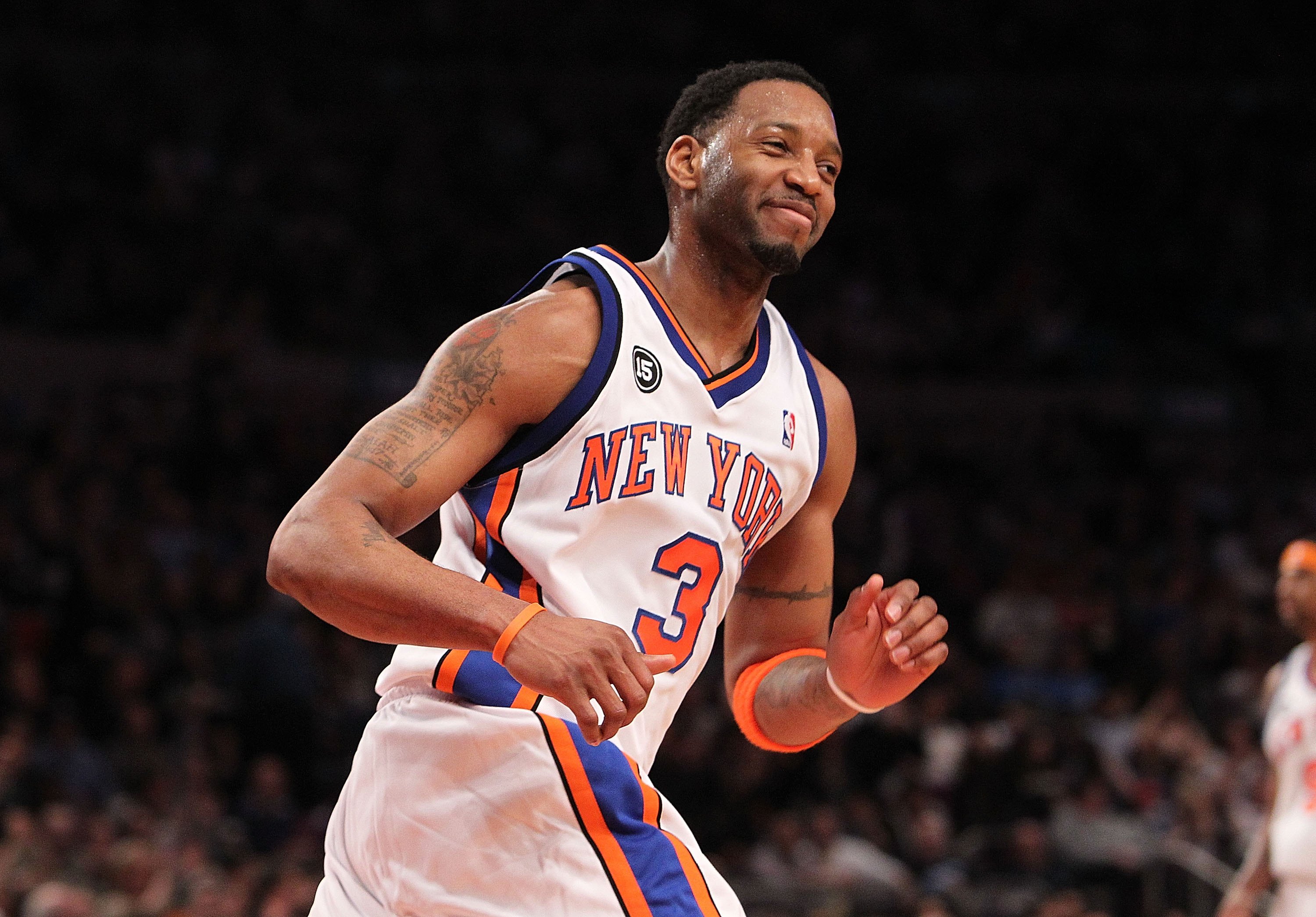 Speaking of video games, McGrady often looked like he was in one while he was at his peak in the NBA. McGrady was in the same sentence with players like Kobe Bryant and Allen Iverson, but injuries have derailed his career as of late.

T-Mac has played in an average of just 52 games per season over the last five seasons, and he played in only 30 games all of last season while splitting time between the Rockets and Knicks.

McGrady is a seven-time NBA All Star and two-time NBA scoring champ. Many people believe McGrady is still Hall of Fame worthy since he has put up some impressive career numbers.

The ninth overall pick out of high school in 1997, McGrady has averaged 21.5 points per game over his career, while collecting six rebounds and dishing 4.7 assists per game. McGrady will try to resurrect his career perhaps for the last time this season when he takes his talents to the Motor City and the Detroit Pistons. 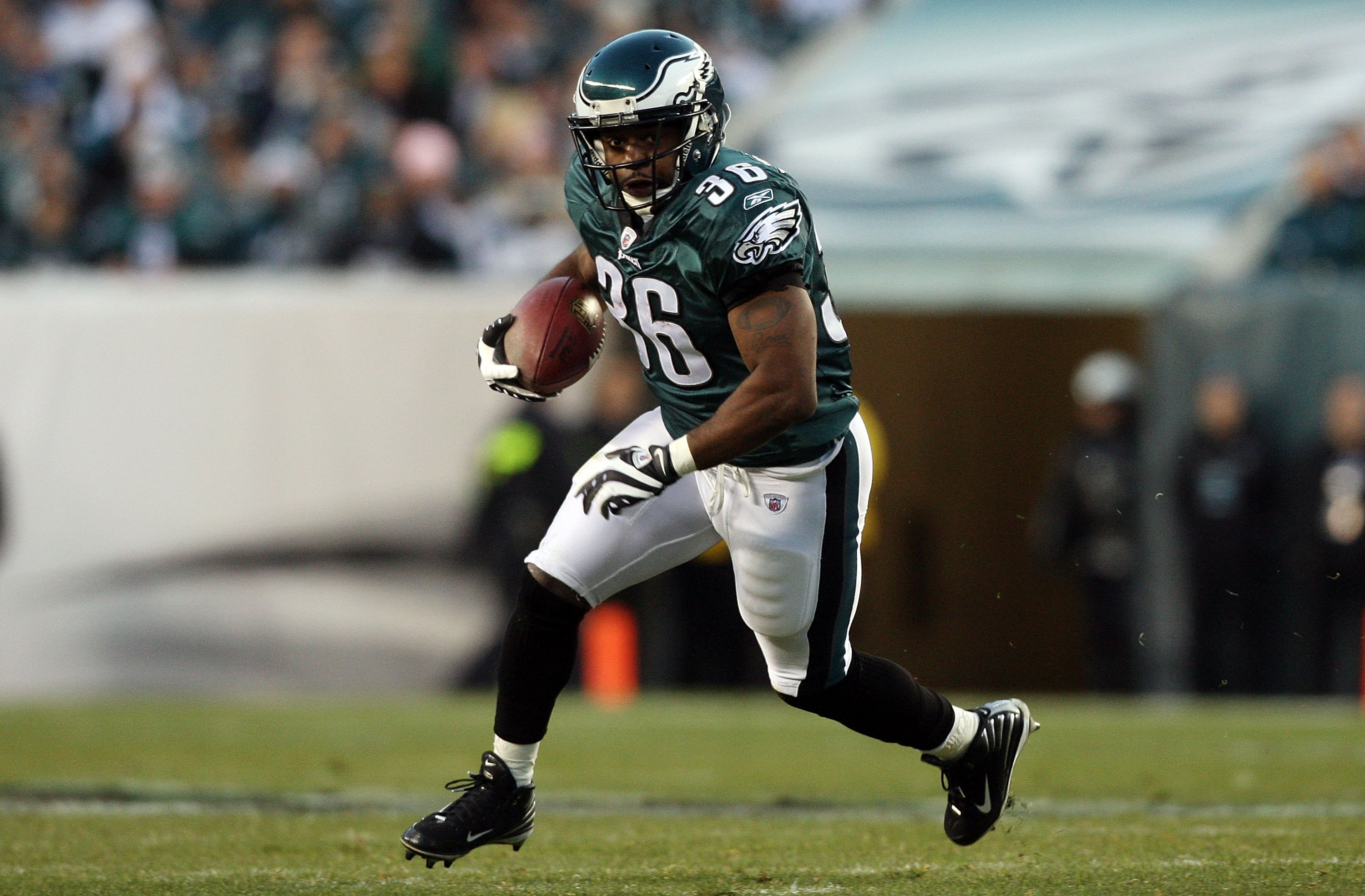 Westbrook has played more than most guys on this list, but he has never played a full 16-game season. Westbrook played in only eight games last season for the Eagles due to a pair of concussions and an ankle injury.

The former Villanova standout has had a very productive NFL career, as he is only five yards short of 6,000 for his career. Westbrook has also been one of the best receiving running backs in league history with 426 receptions for 3,790 yards and 29 touchdowns in his career.

For some reason the 5'10" running back just can't stay healthy for an entire season as he has missed at least two games in four of his eight seasons, and he has missed one game in the other four years.

Westbrook was not brought back by the Eagles over the off-season, so he signed with the 49ers last week after Niners' running back Glen Coffee surprisingly retired. Westbrook will try to revive his career this season while backing up Frank Gore. 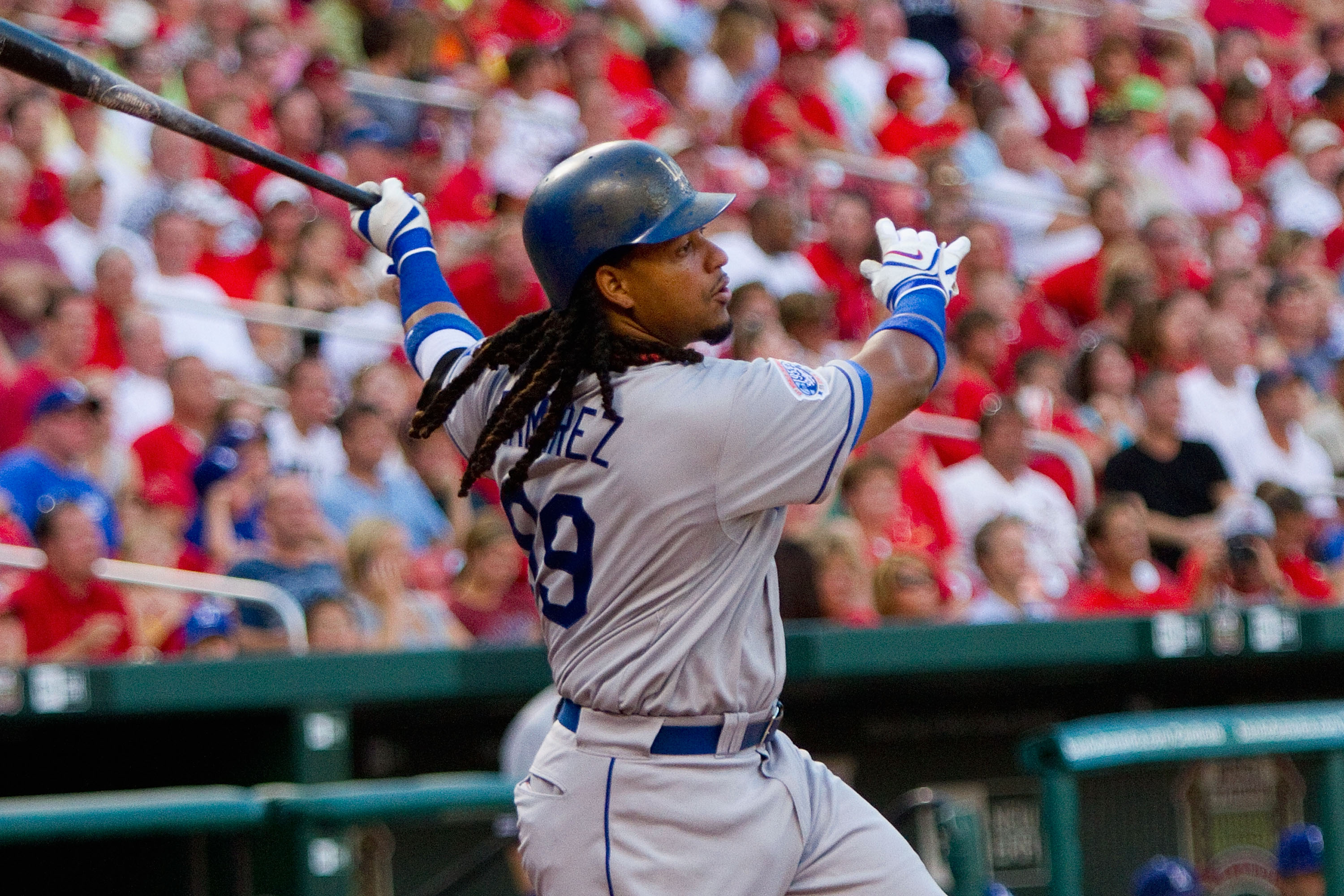 Manny returned from the disabled list Saturday night to take on the Reds, but it wasn't the first time that Ramirez has missed some action in the last few seasons.

Manny has never played more than 154 games in a season and he had averaged only 124 games played per season over the last five seasons coming into this one.

Manny has played in only 62 games for the Dodgers this season, but when Manny is in the lineup, Manny contributes. Ramirez is batting .312 this season, one point lower than his career average of .313.

Ramirez looks to be a sure lock in Cooperstown when he finally hangs them up, but for now he will continue to put up solid numbers while playing 120 games each season. 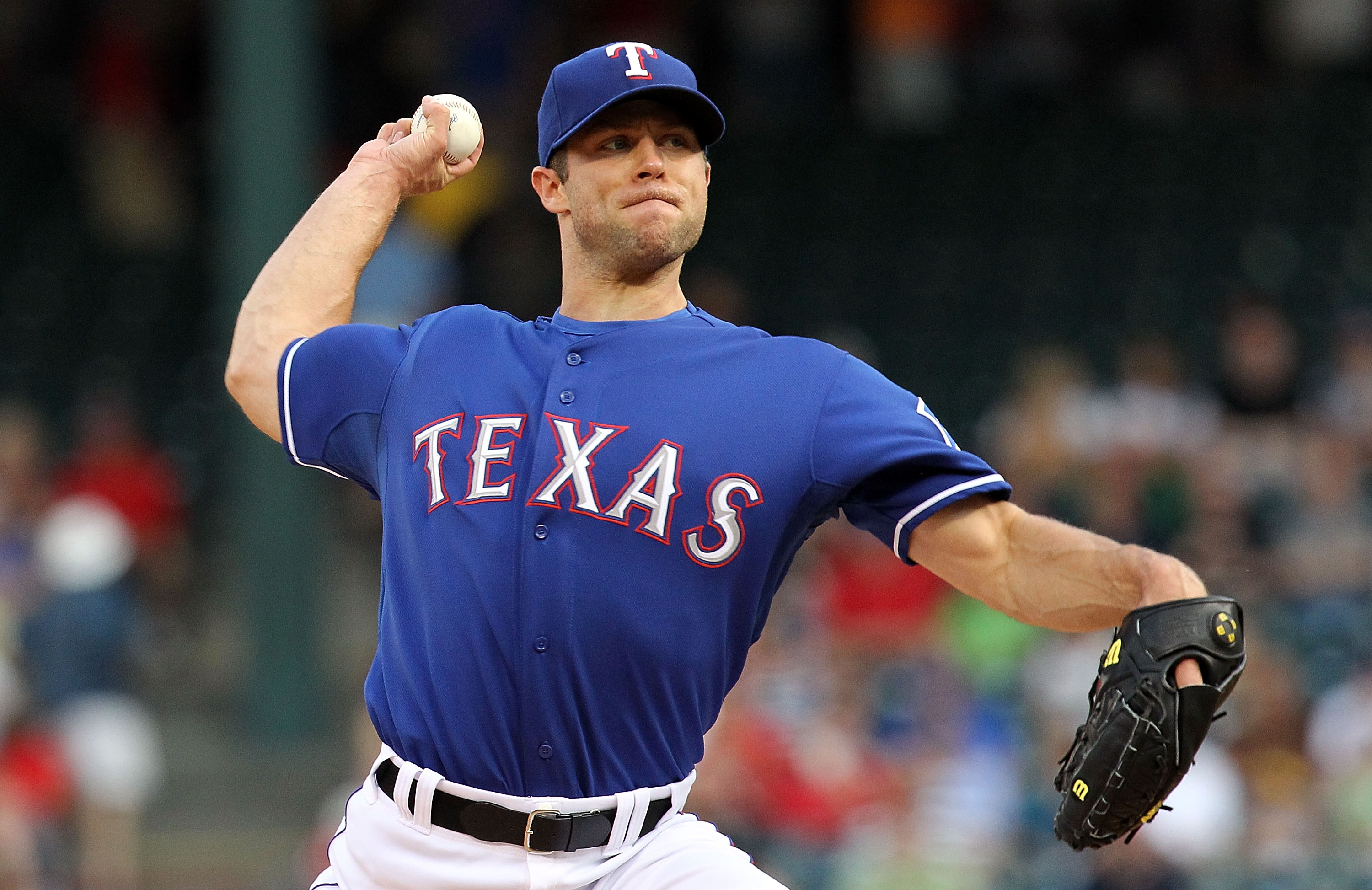 Harden is right up there with Oden in the "unrealized potential" category of the injury report. Harden is one of baseball's nastiest pitchers when he is on the mound, but the problem is he is on it far too often.

Harden has pitched only 74.1 innings for the Texas Rangers this season after signing with the team as a free agent during the off-season. Harden will be activated from the DL for the third time this season on Monday to start against the Twins.

Harden was seen as one of the best high-risk, high-reward players on the open market during the off-season. Once again the risk has outweighed the reward when it comes to the 6'1" Canadian right-hander.

Harden has shown flashes of being a dominant pitcher, having struck out 847 hitters in 828 career innings pitched, while maintaining a career ERA of 3.58. It looks like fans will be left forever wondering how great Harden could have been because he just can't stay healthy. 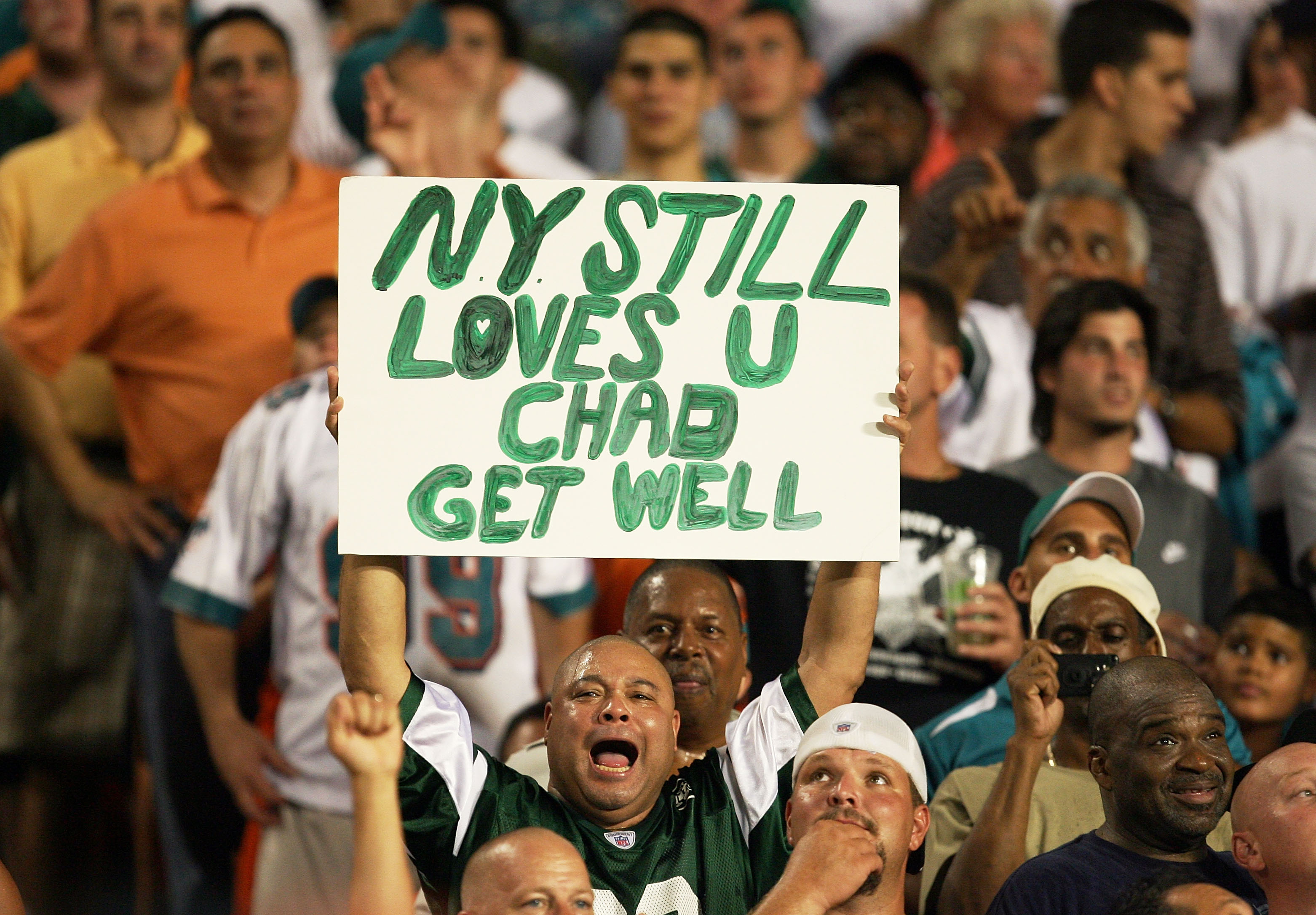 No one has ever accused Chad Pennington of having the NFL's strongest arm, but the former Thundering Herd star has been a very productive NFL quarterback.

Pennington has been content throwing the ball short his entire career, averaging only 7.2 yards per completion, but he has been very accurate completing 66.1 percent of the passes he has thrown during his career.

The 11-year NFL vet has missed significant time during his career, having played more than 10 games in a season only four times. Pennington has played a full 16 games in two of his last five seasons, but the other three seasons he played a total of 15 games.

Pennington was a dependable option at quarterback when he was with the New York Jets and once again in Miami for the Dolphins, but his staying healthy for those teams hasn't been so dependable. 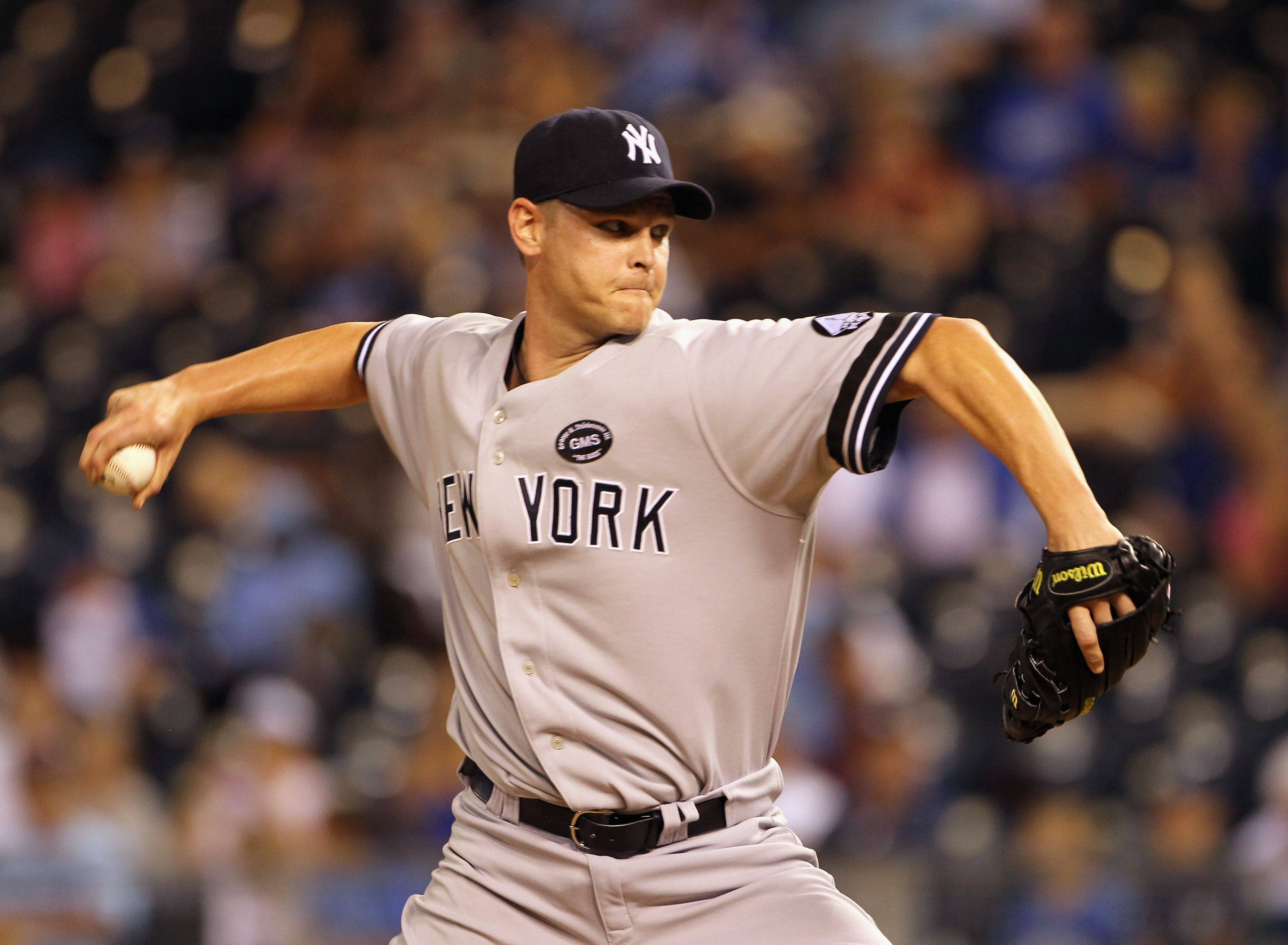 Pitching is not easy on the human body, Kerry Wood is proof of that.

In 1998, Wood struck out 20 Houston Astros hitters in only his fifth career start. Wood looked like the next big thing in baseball after he struck out more than 200 hitters in four of his first five professional seasons.

The downturn in Wood's career began in 2004 when he made just 22 starts, throwing only 140 innings. Since that season Wood has thrown just 289 innings, while making only four starts.

Wood has been relegated to the bullpen where was an effective close for the Cleveland Indians, and now a setup man for after being traded to the Yankees.

Wood has had a solid career, but nowhere near what fans expected from him after the start he had. Wood will now try to win his first World Series ring setting up Yankees closer Mariano Rivera for the rest of the season. 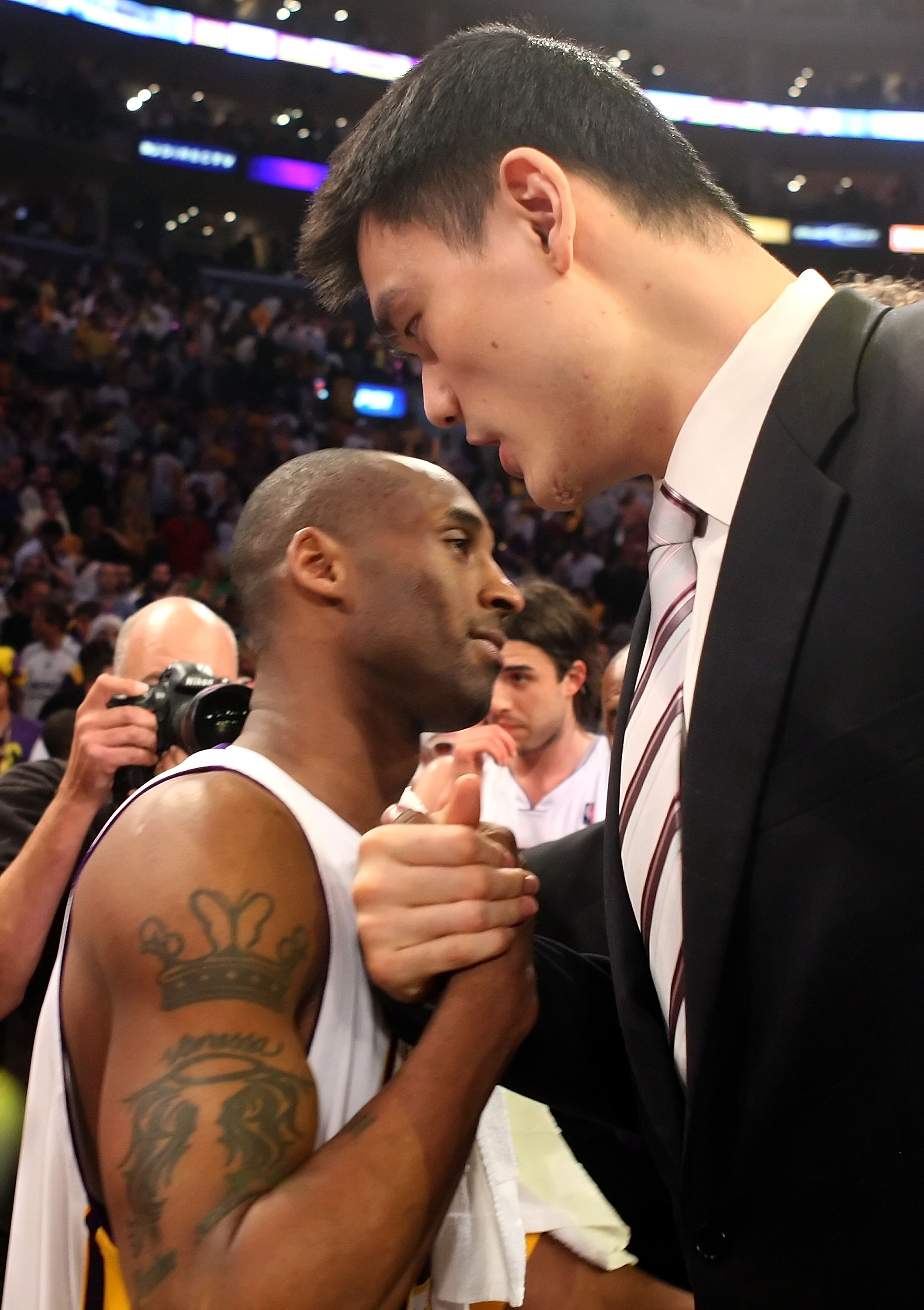 Yao's career started off very promisingly as he played in all 82 games in his each of his first two NBA seasons, but Ming missed all of last season with a lingering foot injury.

The 7'6" Chinese big man was even considering retirement because of the injury but has since decided to return to the Rockets. Yao has 19.1 points and 9.3 rebounds over the course of his seven-year NBA career.

Much like Oden, Yao was expected to be the next great center in the NBA, and unlike Oden he exhibited play that made that thought a reality.

Now that Yao's career has been slowed by injury, he will need to regain his health to reclaim his spot as one of the league's top big men.