Kaka: 10 Facts You Should Know 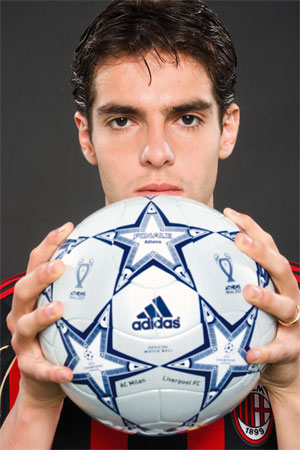 He is an amazing football player that currently plays for Real Madrid—the most successful club in the world.

Check out 10 the most interesting things about Kaka. 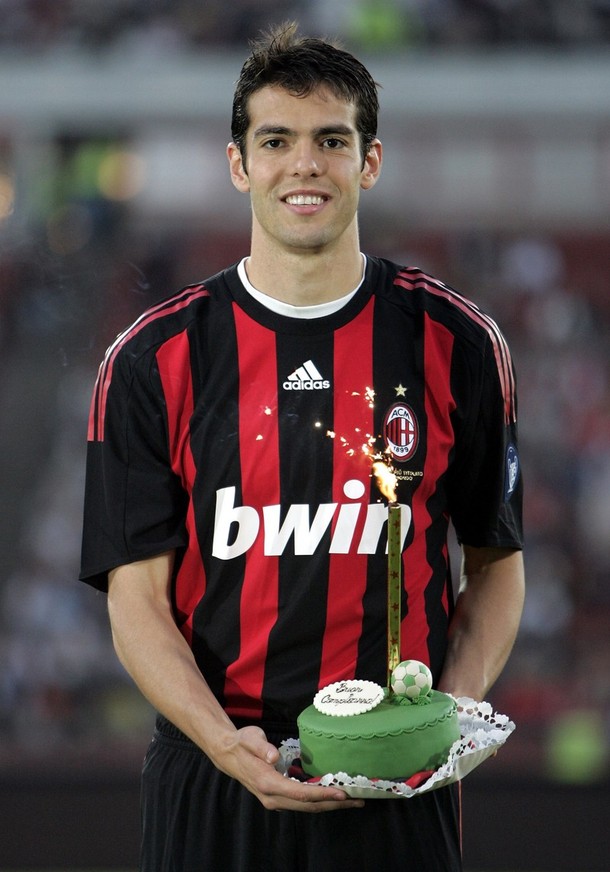 He started to play tennis, but he decided to focus on football, and he wasn't wrong. 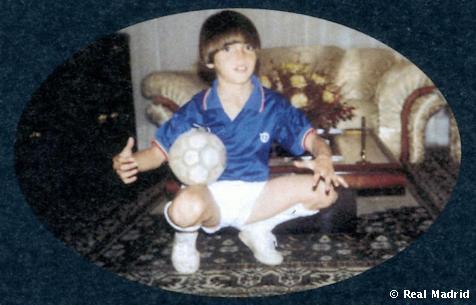 He had a financially-secure upbringing that allowed him to focus on both school and football at the same time.   His younger brother Rodrigo (best known as Digao) and cousin Eduardo Delani are also professional footballers.

When he was seven, his family moved to Sao Paulo.

His school had arranged him in a local youth club called "Alphaville," who qualified to the final in a local tournament.

There he was discovered by hometown club Sao Paulo. 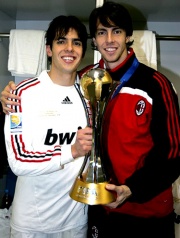 Thanks to his younger brother Digao, Ricardo got nickname Kaka.

Digao used to call  him "Caca" due to his inability to pronounce "Ricardo" when they were young; it eventually evolved into Kaka.

While the word has no specific Portuguese translation, it does mean something unsavoury in his past home, Italy.

In a lot of languages, Kaka actually means poop. 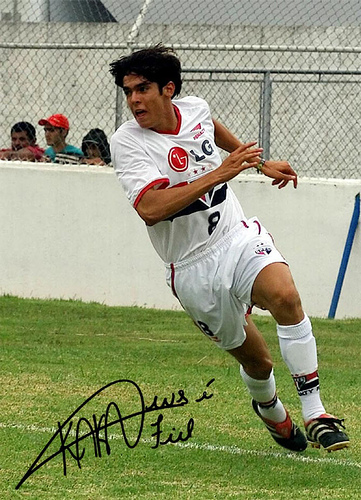 Kaká began his career with São Paulo at the age of eight. He signed a contract at fifteen and led the São Paulo youth squad to Copa de Juvenil glory.

He made his senior side debut in January 2001 and scored 12 goals in 27 appearances,

in addition to leading São Paulo to its first and only Torneio Rio-Sao Paulo championship, in which he scored two goals in two minutes as a substitute against Botafogo in the final, which São Paulo won 2-1. 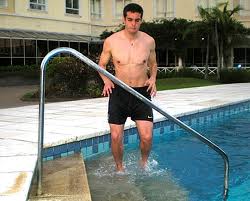 At the age of 18, Kaká suffered a career-threatening and possibly paralysis-inducing spinal fracture as a result of a swimming pool accident. He remarkably made a full recovery.

Today, Kaka says that it was God's hand that saved his life. 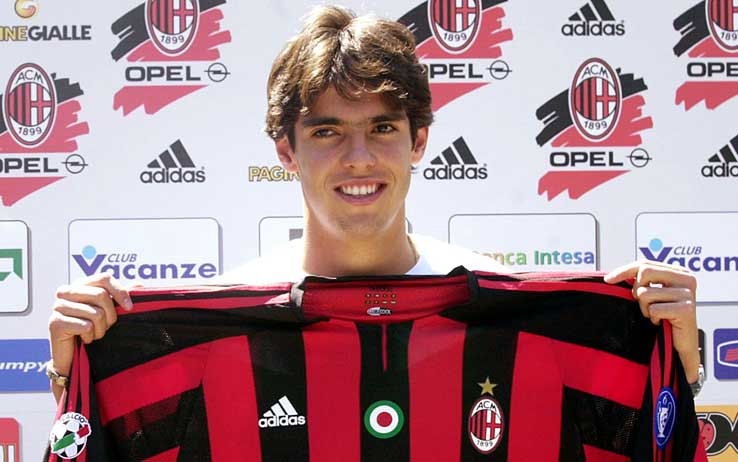 AC Milan signed him for $8.5 million in 2003, a sum that owner Silvio Berlusconi described a few years ago as "peanuts".

Milan gave him a chance to prove himself as the best football player.

Ricky won everything with AC Milan. 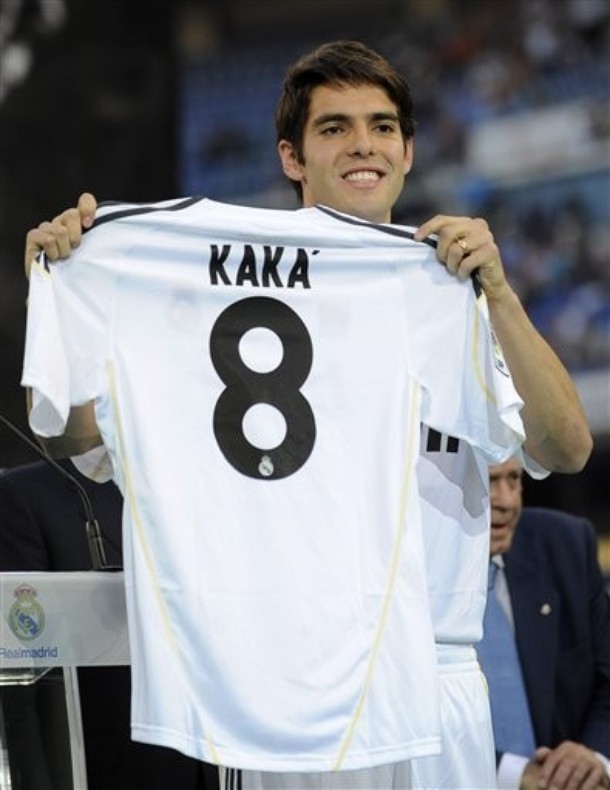 He became part of  "new galacticos"

Kaka's first season in Real Madrid didn't go well, because they didn't win any trophies. In La Liga, they were behind Barcelona. In the Champion's League, Lyon was better. In the Spanish Cup, they managed to lose against smaller division teams.

He played 30 games and managed to score 9 times.

On 5 August 2010, Real Madrid announced that Kaka had undergone successful surgery on a long-standing left knee injury, and would face up to four months on the sidelines. 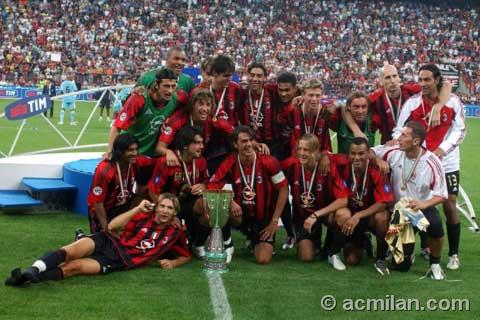 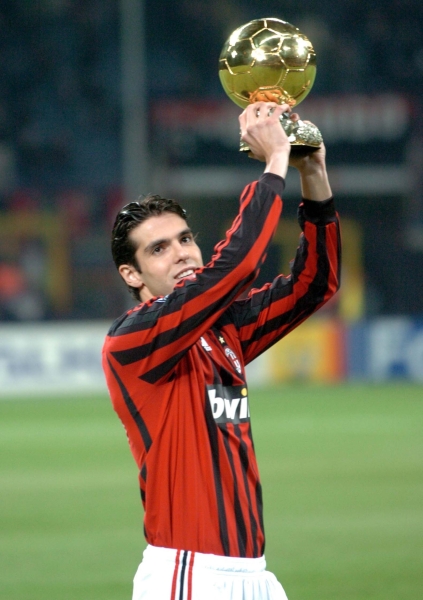 UEFA Club Footballer of the year: 2007

FifPro World Player of the year: 2007 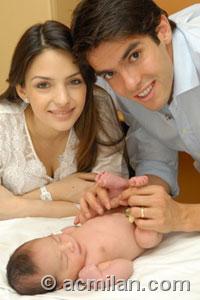 Kaká married his childhood sweetheart, Caroline Celico, on 23 December 2005 at a Rebirth in Christ church in Sao Paulo.

Rai, the former Brazilian and Sao Paulo captain, has always been the footballing role model of Kaka.

Kaká is a follower of the evangelical Rebirth in Christ Church and devout evangelical Christian.

Kaká became engrossed in religion at the age of 12:  "I learnt that it is faith that decides whether something will happen or not."

He removed his jersey to reveal an " I BELONG TO JESUS" t-shirt and openly engaged in prayer moments after the final whistle of Brazil's 2002 World Cup, Milan's 2004 Scudetto, and the 2007 Champion's League triumphs.

In goal celebrations he usually points to the sky as a gesture of thanks to God.

Kaka is a true role model for today's young people that want to become football players!