Juuuussst a Bit Outside, The Top Ten "Major League" Quotes

Major League to me is one of the funniest movies, sports or other genre, of all time. It included the rise of stars such as Charlie Sheen, Wesley Snipes and Dennis Haysbert, the phenomenal voice talent of Bob Uecker, the dazzling Rene Russo and the scruffy, no nonsense Lou Brown, played by the late great James Gammon. Although it was nearly impossible to select just ten, these are my top memorable lines from an unforgettable movie. Enjoy.

"In case you haven't noticed, and judging by the attendance you haven't, the Indians have managed to win a few ball games, and are threatening to climb out of the cellar." - Harry Doyle

Lou Brown: I want the absolute truth here. Are you one hundred percent?
Jake Taylor: Yeah. Would I bullsh** you about something like that?
Lou Brown: You better, if you wanna make this team.

Harry Doyle: Monte, anything to add?
Monte: Uh, no.
Harry Doyle: He's not the best colorman in the league for nothing.

"Heywood leads the league in most offensive categories, including nose hair. When this guy sneezes, he looks like a party favor." - Harry Doyle 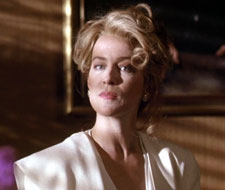 A conversation that even to this day can be heard in many sports bars and offices across Northeast Ohio every spring when viewing the Indians roster.

"I've never heard of half of these guys and the ones I do know are way past their prime."

"Most of these guys never had a prime."

"This guy here is dead!" 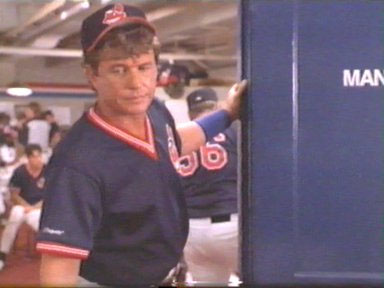 Jake Taylor: [to Rexman] "Hell of a situation we got here. Two on, two out, your team down by one in the ninth. You got a chance to be a hero on national television... if you don't blow it. By the way, saw your wife last night, hell of a dancer, you must be very, very proud. I mean that guy she was with, I'm sure he's a close personal friend and all. But tell me, what was he doing wearing her panties on his head?"

[Rexman pops the ball straight up]

Jake Taylor: "Uh-oh, that's it, I don't think this one's got the distance." 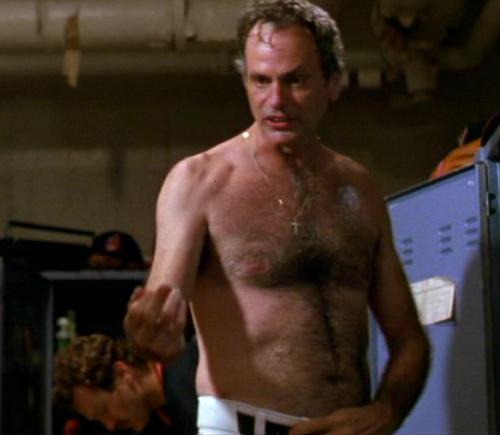 Pedro Cerrano: "Jesus, I like him very much, but he no help with curveball." 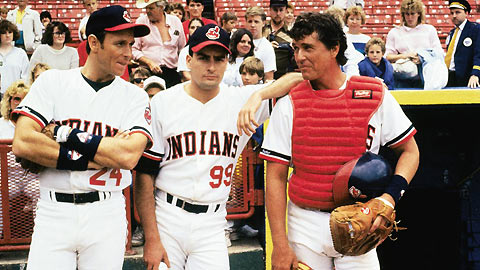 Lou Brown: "Come on Dorn, get in front of the damn ball! Don't give me this "olé" bullsh*t!" 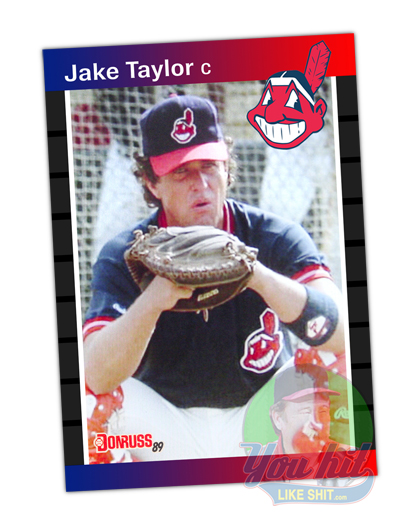 The whole dinner party scene is extremely uncomfortable, which is why it produced these gems. 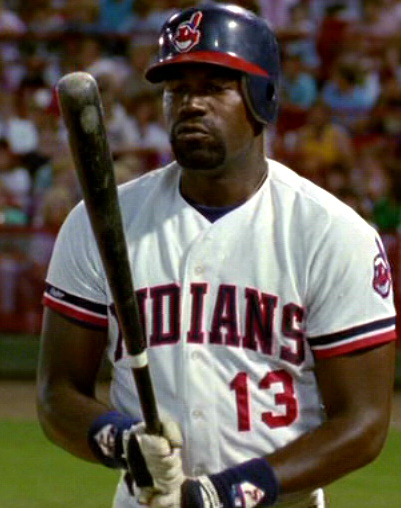 Charlie Donovan: "How would you like to manage the Indians this year?"

Charlie Donovan: "What do you mean, you don't know? This is your chance to manage in the big leagues."

Lou Brown: "Let me get back to you, will ya, Charlie? I got a guy on the other line asking about some white walls."

Somehow I like to think this is how the interview process is conducted for all big league managers. 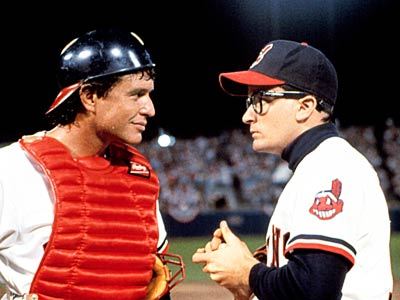 Jake Taylor: "Is that you, Tolbert? I'm hung over, my knees are killin' me and if you're going to pull this sh*t at least you could've said you were from the Yankees."

The first encounter with Jake Taylor shows him passed out with a sombrero and a senorita, delivering this line. Classic. 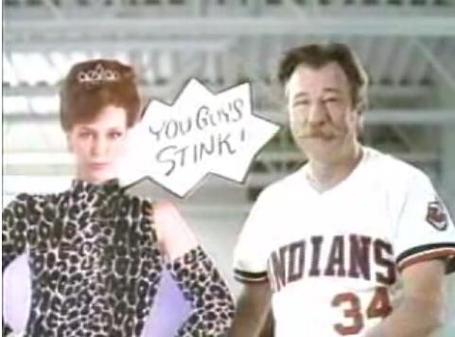 Lou Brown: "Forget about the curve ball Ricky, give him the heater!"

Often paraphrased as "Give'm the heater Ricky" it's delivered at one of the most pressure packed moments in the film, and may be the most memorable James Gammon line of all time.

Surfacing again in a Direct TV commercial, this is the line you've heard a thousand times, from little league to major league, with everyone trying out their best Harry Doyle impression. While it might not be as funny the 16th time the guy next to you at the park shouts it out, hearing the Bob Uecker version never seems to grow old.