By all objective measures, Darren McFadden had quite a ridiculous year.

He rushed for 1725 yards on the season, leading the SEC and placing him third in the nation.  His 5.7 yards per carry was equally impressive, as were his 15 rushing touchdowns.

He even showed a surprising talent for throwing the ball, with four scores via the air in only 11 attempts this season.

D-Mac has had a few single game performances this season that are worth mentioning.  The most notable is probably the 321 yards on 34 carries that he put up against South Carolina a few weeks back.  A close second (and argubably a tie for first place) is his 206-yard, three TD performance in what is likely to be the final regular season game of his college career last Friday.

Arkansas' triple overtime win against LSU has a lot of people riled up once again about McFadden winning the Heisman trophy.  But while D-Mac is surely one of the most exciting backs in the country—with a promising career in the NFL ahead of him—he is by no means deserving of the award.

The four facts that follow provide the basis of my argument:

1) By definition, the Heisman trophy is awarded to "the best college football player in the country."

2) Of the last 10 winners of the Heisman Trophy, nine of them have played on teams that won their conference or at the very least made it to the championship game (the exception being a record setting Ricky Williams).

3) Arkansas is not currently ranked in the BCS Top 25.

4) There are five teams in the SEC with better records than Arkansas.

Not the most talented player, or the best upper classman, or the best player about to be drafted for millions of dollars in the NFL should be awarded the Heisman.

The best player in college football is supposed to win the Heisman trophy. End of discussion.

What defines "best player", you ask?

The answer to that question clearly lies in the eye of the beholder.

But to me, the best player in college football simply means: the guy who had the biggest impact on their team throughout the season.

And to be frank: McFadden's impact on the Razorbacks has been limited this year.

A program with the resources and reputation of Arkansas has no excuse for failing to crack the Top 25 in the country (in a system that caters to conferences like the SEC no less) or the top 5 in their conference.  As the leader of the team, McFadden has been unable to take the Razorbacks to the Promised Land.

Chase Daniel, meanwhile, has led his Tigers to the top spot in the BCS with a week left to go.  Need I remind you that Missouri began the season unranked.

Tim Tebow, on the other hand, has done everything humanly possible—whether it be on the ground or in the air—to keep Florida in the hunt for an SEC title, which they just fell short of.

McFadden?  He's compiled some great numbers, and had some excellent performances at key times of the season.

But while exciting to watch, his performance ultimately doesn't add up to much when the paint has dried.

You can argue that McFadden single handedly beat the best team in the country—but Tebow's Gators beat the other team that toppled the Tigers of Louisiana State.  You can say that McFadden doesn't have a great supporting cast—but Felix Jones somehow managed to average 9.1 yards per carry behind the Arkansas O-line.

Like D-Mac, Daniels and Tebow have also played alongside good players.  The difference?

Their teams are ranked #1 and #10, respectively.  And the Tigers and Gators would not be held in such high esteem without the leadership of these two individuals.

Darren McFadden's performance in 2007 is one that none of us will soon forget.  His stellar play on Friday was nothing short of heroic and amazing.

But the Heisman trophy belongs to a Quarterback this season, plain and simple.  Here's hoping the voters will do the right thing.

Arkansas Football: Will Rakeem Boyd lead SEC in rushing in 2020? 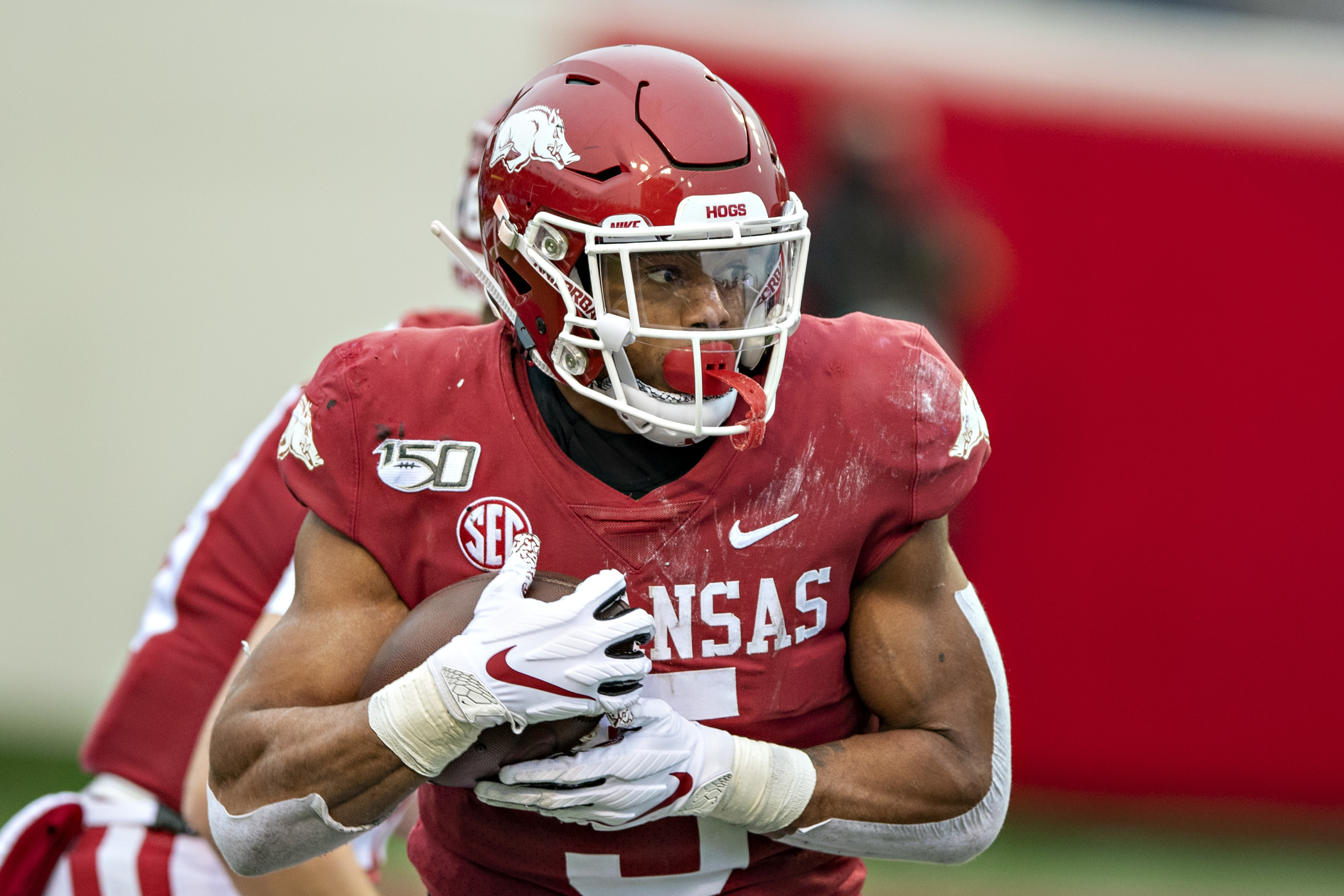 Arkansas Football: Will Rakeem Boyd lead SEC in rushing in 2020?