World Cup 2010, the beautiful game’s grandest international contest and arguably the greatest sporting event on the planet, has produced a plethora of surprising outcomes. There has been a wide range of developments and the tournament is not even a week old yet.

Headlines have been splattered with everything from goalie blunders to the persistent buzzing of the vuvuzelas—the traditional African horns being blown by thousands of fans at any given moment during any given game.

Only five days into the tournament and the biggest news, after Spain’s loss to Switzerland today, is also the most baffling to all conventional football fans—yet again, another internationally highly ranked powerhouse fell victim to poor results in the opening round.

Of FIFA’s top 10 ranked teams going into opening day, there has only been one team that's played like a highly favored force to be reckoned with: Deutschland. And they are somehow only ranked sixth behind teams like Portugal and the Netherlands.

Hopefully the German fans will avoid putting all their goals in one cup, but if the opposing Goliaths in the tournament keep playing so poorly against such low-ranked underdogs, we might have reason to bust out the Lederhosen and polka our way to another round of Weihenstephaner Hefeweissbier (contained in a ridiculously huge stein, of course).

With the competition not even a full week old, most of the standout favorites have already debuted on the pitch. Let’s quickly analyze the performances of these top teams and what significance it has for the Germans after they have put up the best outing, thus far, in the tournament.

While it is still hot off the press and fresh in our minds, Switzerland topping the No. 2 ranked Spain 1—0 today at the Moses Mabhida Stadium in Durban should be considered the most unlikely outcome of the first round. They went scoreless against a very game Swiss defense and goalie that really should be applauded for their clean sheet.

Goalies have been a problem for a lot of teams so far; Switzerland’s Diego Benaglio bucked the trend thwarting the few on goal shots made by the Spaniards.

In typical fashion, Spain showcased their excellent ball control, with one-touch passing being the norm, but they “dropped the ball” when it came to executing set-pieces against the taller Clockmakers. Their shots were off the mark half the time as well.

While fans may be on course to witness the lowest scoring World Cup in history—Adidas has publicly stated that they constructed the most perfect ball ever, by the way—top teams are having difficulty finding the back of the net in the first half, if at all.

Brazil, Italy, and the Netherlands all managed to end their first halves of play without a goal; France, Portugal and Spain went the entirety of their games without ever getting on the board.

Not to mention, these performances were collectively less-than-impressive against inferior teams. France looked disorganized and flat. Italy exposed their old age. The Netherlands relied on a Danish own goal for a lead until they finally scored their own in the 85th minute, courtesy of Dirk Kuyt.

Brazil lacked their typically overwhelming chemistry against bottom ranked North Korea, even allowing a goal in the late portion of the game. The North Korean’s defense was far from outstanding, but considering the opposing offense, they more than proved their worth.

After beating Nigeria 1-0, Argentina is one of the few teams looking the part, but even after manipulating the Nigerian defense on nearly every opportunity, they only managed to follow through on one of the many chances they created.

This unusual lackluster start for some of the world’s premiere teams must have the German’s confidence soaring to even higher heights.

They have proved to be the only powerhouse team to live up to expectations despite this success coming after considerable doubt from insiders about Neuer’s experience as a starting goalie and the overall inexperience of the team, the second youngest in the tournament.

Unlike their counterparts, Die Mannschaft had many success stories during their 4-0 dismantling of Australia’s Socceroos. Uneventful club strikers, Klose and Podolski, scored respectively, putting an end to the starting forward debate that had many second guessing the two player’s worth on the field.

The opportunities were plentiful for Klose, who could have easily converted more chances—a 6-0 score was within reach for the Germans in all reality.

Like the forwards, the midfield and back line also dutifully performed with flying colors. Young prospect Mesut Oerzil and veteran Bastian Schweinsteiger stepped up in the midfield—orchestrating fluid chemistry—despite the absence of injured team captain Michael Ballack.

Overall, their passing and ball movement were both very crisp, finding openings for through-balls, completing many of the good runs that were made. All systems were a go, making it possible for the Germans to have the first round’s most outstanding start to the tournament.

The young squad looked comfortable and confident, sending a message to all the doubters that they are a force of young lions to be reckoned with on the international level.

Come July 11, will football speculators be chanting: “The Germans are coming!” as they make a run at their fourth World Cup title?

The Blitzkreig in South Africa continues Friday against Serbia. 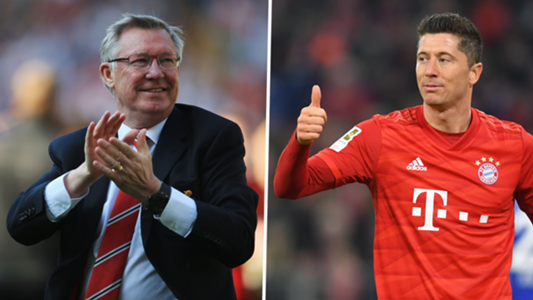