The 2009-10 Chicago Bulls have had so many loops in their roller-coaster season that they're beginning to look like a Persian king. Too bad their play as of late has been rather pedestrian.

After dropping five straight—four of which were at home—the Bulls traveled to Orlando for a game on Thursday night and were ran out of Amway Arena 111-82 by a Magic team that is something that Chicago strives to be: a contender.

Chicago's most recent skid has shown that this young and semi-talented is built for 2010-11. And with just six roster players set to return next season and nearly $20 million in salary cap space, why shouldn't the team be looking towards the future?

The Bulls unloaded Tyrus Thomas and John Salmons at the trade deadline in exchange for expiring contracts in an effort to bolster their chances at adding a max contract free agent. And while a new attitude, a new look, and a weak schedule sparked the team to a hot start after the All-Star festivities, the Bulls have finally cooled off while playing much better competition.

They now find themselves two games under .500 and 1.5 games out of the eighth and final spot in the Eastern Conference playoff race. They're six-game losing streak is currently the second longest streak behind Minnesota, who are losers are seven straight.

If losing wasn't bad enough for a franchise that's seen much of that same fate over the past decade, players have also been dropping at an alarming rate.

First came the news that plantar fasciitis was going to keep Joakim Noah, the team's leading rebounder (and fifth leading boarder in the league), on the shelf for at least three weeks, maybe longer.

Then there was the calf injury to second leading scorer Luol Deng on Tuesday night against the Utah Jazz. Deng was held out of Thursday's game against the Magic and there is no word on when he'll return.

Finally came the blow that could snuff out the Bulls' faint playoff hopes.  Derrick Rose, the team's leading scorer and assist man and the reigning NBA Rookie of the Year, left the Thursday night's game with an apparent sprained wrist. He did not return.

The injuries and the overall lack of talent (at least compared to current playoff teams) have the Bulls primed for a spot in the draft lottery.

So should the Bulls shut down play with 18 games remaining to try and throw a few more balls into the lottery machine? Should they go ahead and sit Noah, Deng, and Rose the rest of the season to ensure their safety? Or should they continue to play hard and let a brutal late-season schedule run its course and force them completely out of the playoff scene anyways?

I think the team has to look at the unusual situation that they're in and the extraordinary upcoming offseason the NBA is set to experience and call it quits for this season.

Does this mean that they should try to blow the remainder of their games and play lackadaisically? No. But sitting guys that are incredibly valuable to righting the ship in Chicago may be wise before a real injury plagues the team's future.

Imagine one of the team's young stars (Taj Gibson, who complained of plantar fasciitis earlier in the season, comes to mind) incurring an injury that would require surgery. Imagine if that player were to miss serious offseason workouts and practices and be forced to be held back at the beginning of next season. Is there anything left to achieve this season that is worth that risk?

While a big name free agent has Bulls fans (including me) chomping at the bit, a serious injury to a young core player could set the team back from contending once again in 2010-11.

The viral vid of LaVine saying he 'got 40' wasn't directed at HC: 'Just people being competitive in the game' 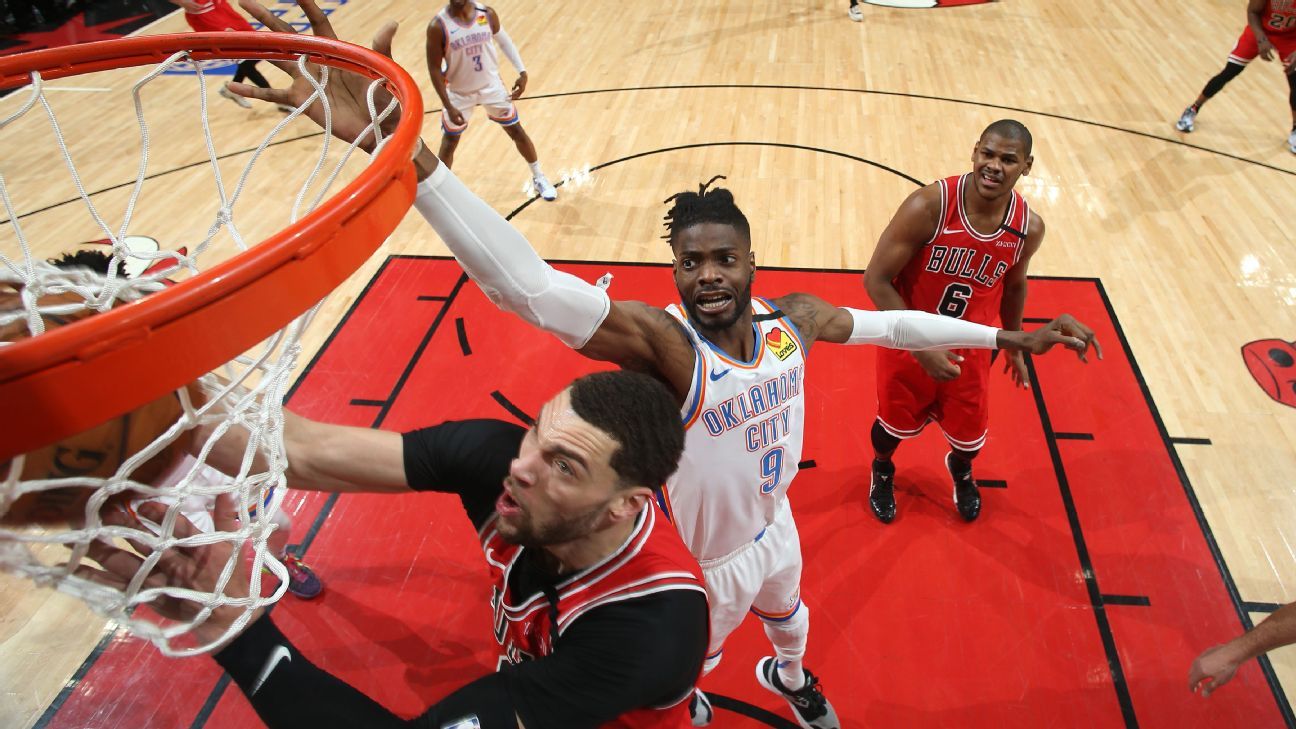