During an appearance on The Woj Pod with ESPN's Adrian Wojnarowski (h/t Alex Didion of NBC Sports Bay Area), Myers noted that he isn't certain if teams are allowed to talk trades right now following the restart of the 2019-20 NBA season:

"To be truthful, we're not discussing trades with teams right now. I don't even know if we're allowed, but we're not. I perceive September for you to be busy reporting on whatever nuggets you have as far as potential trades.

"At this point, it's almost not worth hypothesizing internally, we still just need to operate as who's the best fit for us. Every team is always looking at their economics, will they change, maybe, but right now we're not worried about that kind of information because we just don't have it."

The Warriors are not one of the 22 teams invited to Orlando, Florida, to resume the NBA season since they own the worst record in the league at 15-50.

While it was an un-Warrior-like season after reaching the NBA Finals in five consecutive years, the poor record means they will land a high pick in the 2020 NBA draft that Myers can use to either select a top prospect or trade for a more experienced piece.

Teams would normally be open for business in terms of trades at this point on the calendar, but with the coronavirus pandemic causing the 2019-20 season to be paused from March until this week, the normal way of doing things has been thrown out the window. 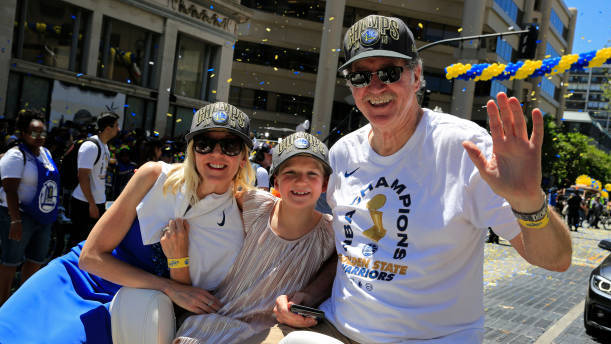 The 22 teams in Orlando are playing eight games apiece to finish the regular season before taking part in the playoffs. The NBA Finals will end no later than Oct. 13 followed by the NBA draft on Oct. 16 and the start of free agency on Oct. 18.

That leaves teams little time to talk trade between the end of the season and the draft, but ESPN's Bobby Marks suggested last month that teams will be given a bigger trade window.

Marks reported that it is likely the moratorium on trades and other roster moves for non-playoff teams will be lifted by the NBA when the first round of the playoffs begins on Aug. 17.

That would give the Warriors two months to decide what they want to do with their coveted draft pick and plenty of time to negotiate with other teams should they decide to trade it.

The Warriors were the victims of major injuries this season, as Klay Thompson missed the entire season and Stephen Curry appeared in only five games.

Provided both Thompson and Curry are healthy next season, however, the Warriors could once again be contenders in the Western Conference. Their core also includes Draymond Green and Andrew Wiggins, plus they will add either a high draft pick or a quality veteran who they acquire for that pick.

Golden State suffered through a miserable 2019-20 season given how much success it enjoyed in previous years, but the down year could prove to be worth it if Myers is able to parlay the pick into a player who helps get the Dubs back in the title picture.