His decision comes as the former couple, who have a two-year-old daughter together, are "giving their relationship another try," per Gabrielle Chung of People.

The home features 7.5 bathrooms, a pool, an outdoor kitchen, a marble fireplace, a movie theater and a two-bedroom guest house in the backyard, according to TMZ.

Cleveland owned the worst record (19-46) in the Eastern Conference when the 2019-20 NBA season was halted March 11 because of the coronavirus pandemic. It wasn't one of the 22 teams included in the league's restart plans at the Disney World complex in Orlando, Florida.

The 29-year-old Toronto native is scheduled to become an unrestricted free agent in the offseason. 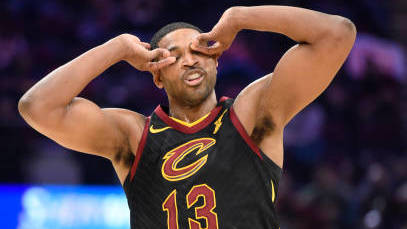