Anyone has a chance to own an ultra-rare, signed LeBron James rookie basketball card.

Anyone, that is, with more than $1 million sitting around to participate in a public auction for the Upper Deck "Exquisite Collection" card.

The card is listed on Goldin Auctions' website, and Ken Goldin appeared on Beckett Live Presents and said, "We've got a lot of interested bidders on it, and we think it's got a lot of room to move" (approximately seven minutes into the video).

The card is one of 23 ever produced and also includes a piece of game-worn jersey. One reason the expected price is so high is that Beckett graded the card quality as 9.5 and the autograph as a perfect 10.

Look for it to go much higher before bidding ends Saturday at 10 p.m. ET, though, as TMZ Sports noted experts believe it could fetch $2 million by the end of the auction.

A price befitting a King. 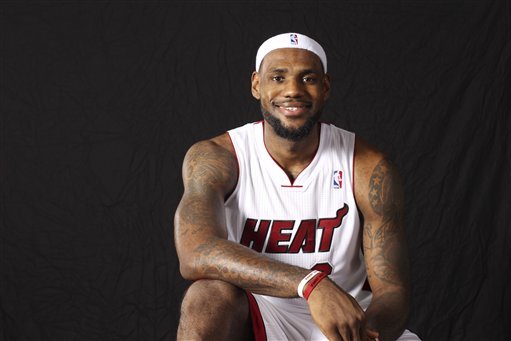