Victor Oladipo may suit up for the Indiana Pacers when the season resumes at Walt Disney World Resort after all.

According to Shams Charania of The Athletic and Stadium, there is a "growing belief" that Oladipo will play following "multiple strong team practices."

This comes after Oladipo told Charania on July 3 that he wasn't planning on playing and instead was focused on rehabbing his injuries and returning to full health:

"I really want to play, and as a competitor and teammate this is tearing me apart. I feel like I'm at a great place in my rehab and getting closer and closer to 100 percent. With all the variables, from how I have to build my five-on-five workload back up, to the increased risk of a soft tissue injury which could delay my rehab, and the unknown exact setup of the bubble I just can't get my mind to being fully comfortable in playing. I have to be smart and this decision hasn't been easy, but I truly believe continuing on the course I'm on and getting fully healthy for the 2020-21 season is the right decision for me."

Despite that decision, the Indiana University product traveled with the team to Orlando, Florida, and he apparently felt healthy enough during those practices to warrant serious consideration to take the floor when games begin.

Injuries have been a recent theme for Oladipo. He ruptured the quad tendon in his right knee during the 2018-19 campaign and didn't make his debut this season until Jan. 29. In all, he has appeared in 13 games this season and is averaging 13.8 points, 3.2 rebounds and 3.0 assists.

While he was working his way back into the lineup, those numbers are also a far cry from his All-Star campaign and breakout effort in 2017-18 when he averaged 23.1 points, 5.2 rebounds, 4.3 assists and an NBA-leading 2.4 steals per game. 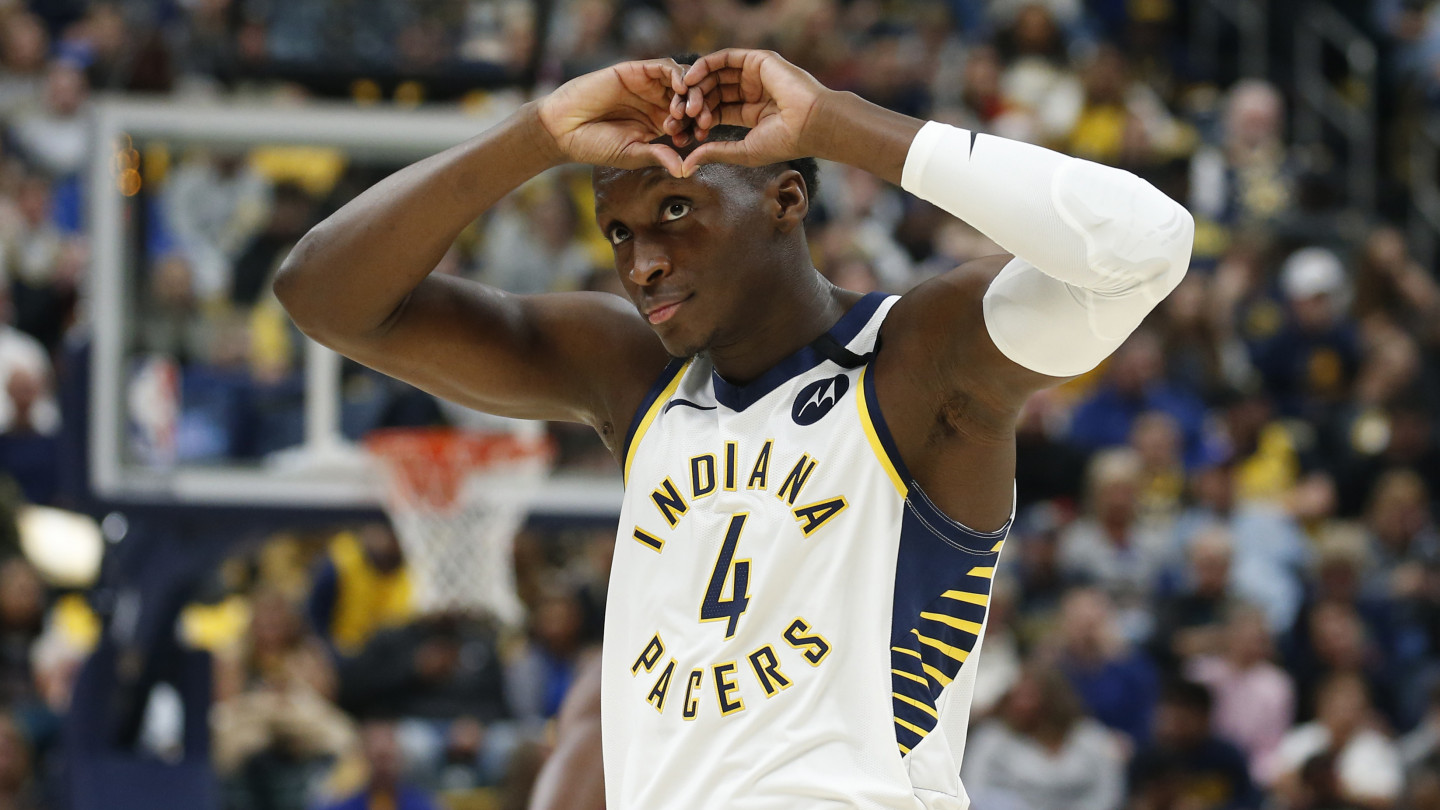 It is the potential to put up those numbers that makes Oladipo someone who could earn a massive contract when he possibly hits the open market following the 2020-21 season, so it wasn't exactly a surprise when he said he was focusing on his health heading into what will be a contract year.

The Pacers have also played well in his absence this season and sit in the No. 5 seed in the Eastern Conference at 39-26. They are tied with the Philadelphia 76ers and two games behind the Miami Heat with eight seeding games to make up ground.

The combination of Domantas Sabonis, Myles Turner, T.J. Warren and Malcolm Brogdon is enough to challenge teams, but Oladipo at his best gives the Pacers an All-Star and someone who can carry them for stretches on both ends of the floor.

Having that available would significantly raise Indiana's ceiling as it prepares for its first game back on Aug. 1 against Philadelphia.