Buffalo Mayor Byron Brown released a statement Sunday saying he is "in total support" of the Toronto Blue Jays potentially playing their 2020 home games in the United States city.

Mike Harrington of the Buffalo News shared the statement:

A statement sent to me from @MayorByronBrown on the #Bluejays playing in Buffalo. https://t.co/66XogJ2TgB

Buffalo is among the locations the Blue Jays are considering as they attempt to figure out how to play the 2020 season. The franchise has been hopeful about playing in Toronto, but border restrictions between the United States and Canada have made that appear unlikely.

As Brown's statement noted, the border issues also present a potential problem for the Blue Jays in seeking a potential home in the states.

Harrington previously reported the Jays are considering playing in Buffalo, which has a minor league stadium that could accomodate the club. He noted there could be concerns regarding the lighting and broadcast viability for games.

Unlike the NBA and NHL, MLB is not having a centralized hub to play its 2020 season. Teams are playing a regional schedule against opponents only from their division and the other league's same corresponding division. Despite the limited travel, teams will still have to travel through air and stay in hotels, potentially putting players at risk. 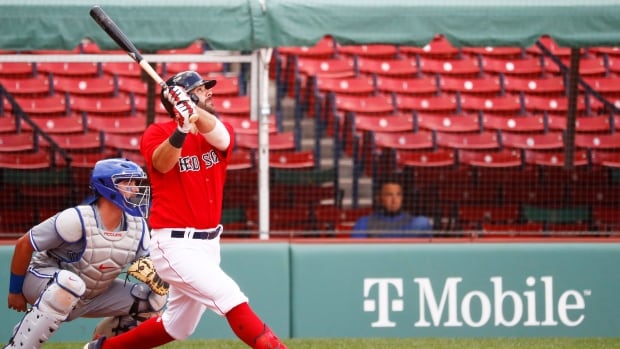