What is a Tomato Can? A Tomato Can is a fighter that is not expected to win a contest. They are generally found fighting up-and-coming talent. In this way, a "real" fighter can get some experience and pad their records without much risk of losing.

It is the closest to a sure thing that you will find in the sport of MMA.

The following five men have been abused, beaten, and battered by almost every opponent they faced. A few had hopeful beginnings but let it slip somewhere along the way. Instead of becoming champions, these men became stepping stones.

Honest, tough, and easily manageable, these fighters are the road on which elite fighters tread. Some are strong. Some are large. Some have tons of experience.

The quality that unites them under the term Tomato Can is that despite their best efforts they lose. Some have name recognition due strong starts to their careers. Others are freaks of nature. Earning a living being mauled by professional fighters.

Feel sorry for them if you want to. Respect them if you are so inclined. Regardless, the following fighters have officially attained Tomato Can status.

Shannon Ritch is a 39 year old fighter with an astounding record of 44-67-4. He has fought almost everyone on his journey to becoming the worlds largest can of soup.

As you can see he has had the pleasure of being beaten up by some pretty famous people. Congratulations Shannon, you are finally number one. Ritch is by far the biggest Tomato can of all time.

At six feet - five inches tall and weighing in at an immense 341lbs, make no mistake Bob Sapp is a monster of a man. He also cries when he gets hit hard. His record of 10 wins and seven losses might lead one to believe he doesn't deserve Tomato Can status. There really is no doubt, however, that Bob Sapp was used as a punching bag by several of today's biggest stars.

It should be noted however, that Bob Sapp has some interesting wins as well. These include victories over other Tomato Cans such as Ernesto Hoost twice, Akebono, Kimo, Seth Petruzzeli, Moo Soo -Kim (Brock Lesnar's first opponent), And even a win over our next fellow Tomato Can, Yoshihiro Takayama.

Yoshihiru compiled a meager record of 0 wins and four losses. He has had the pleasure of being destroyed by Don Frye, Kaz Fujita, and even Bob Sapp.

While his record doesn't really qualify him as a complete Can, he is listed because of his incredibly famous battle with Don Frye. Takayama was so annihilated after after the fight that he looked more like a Tomato Can...with Rice. While that may cause you to imagine some fairly disturbing images, they surely don't match seeing the actual result of that fight.

Dwarfing even Bob Sapp, Silva stands an astounding seven feet - three inches. Weighing in at 385 pounds, Silva is officially the biggest Tomato can on this list. In size if not in the number of beatings he took.

"The Giant" was a popular figure in the Far East for a short time. Often misunderstood, Silva is actually a fairly intelligent and well educated individual. That being said he was also a huge Can. He simply used his enormous physical stature to make some money and travel the world. Aside from the beatings he received, it wasn't such a bad deal.

The Japanese are well known for their fondness for strange and unusual fighters. Fights that involved gigantic differences between the height and weight of the two combatants were included in almost every major Pride production. In Japan, It is not unusual at all to see a 185lb man fighting someone 350lbs or more.

Paulo Silva compiled a 2-6 record as a mixed martial artist. His short career leads one to believe that Silva knew something the other Cans in this list did not - when to quit.

His losses include maulings by Ikuhisa Minowa (185lbs! Kneebar - what a shock...) and James Thompson (Submission by Strikes - Silva didn't cry though). He was also defeated by the final Can on our list, Heath Herring (Choke).

Heath Herring has had a very successful career but it has been over for awhile now. Apparently nobody told Heath though, and he continues to fight for what basically amounts to a paycheck.

Heath has thus far compiled a record of 28-14-1. Certainly respectable. Its the losses though, that draw more attention than the wins. He was beaten by Vitor Belfort (Decision), Big Nog three times! (Decision, Choke, Decision - respectively), Fedor Emelianenko (TKO), Mirko Cro-cop (TKO), Bobby Hoffman (Decision), and even a loss to the late Evan Tanner via verbal submission due to exhaustion.

Most recently Dana White opened this Can and used Heath to attempt to provide Brock Lesnar with some credibility. Of course Brock won via decision as we all know, but that's really the point here. Heath's winning record is not a defense against Tomato Can status. The fact is that he was used like a meat puppet by Dana White to specifically lose in dramatic fashion to his new puppy Brock Lesnar.

So there you have it. For one reason or another these five men have reached the pinnacle of Tomato Can status. However, before you scoff or jeer at these men, remember that soup is good food.

The list has to end somewhere but its not here. Many of you know Cans that you feel should be on this list. Well go ahead, shout them out, and tell us all about your favorite Can of soup.

Thanks for the welcome additions! 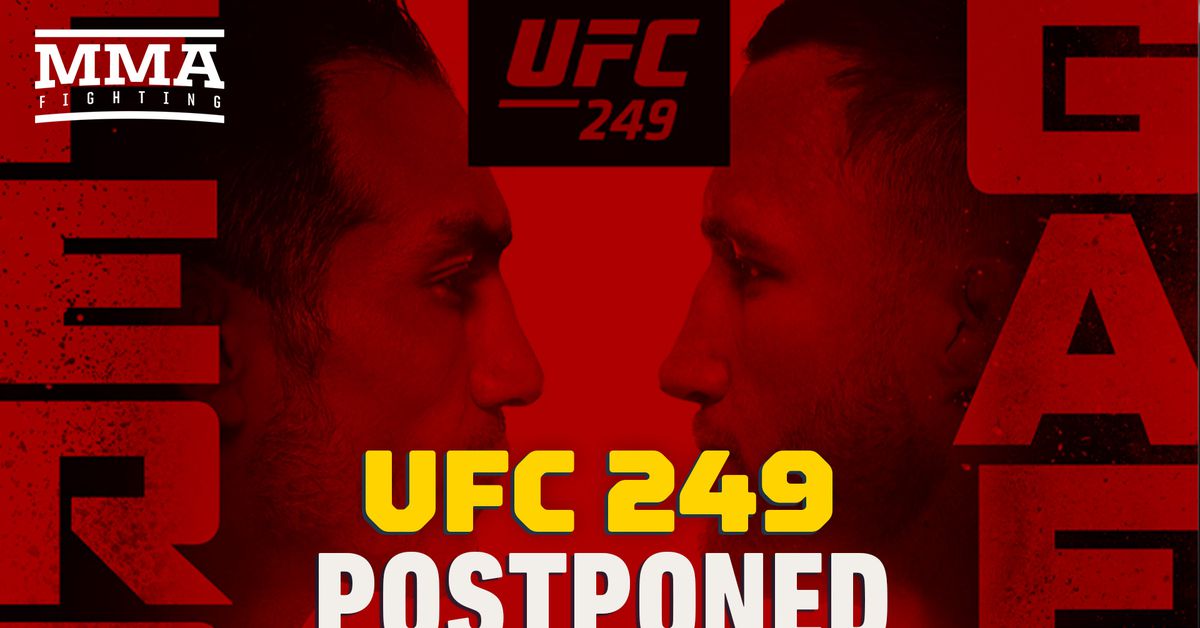 Watch the promo for the cancelled UFC 249 fight card 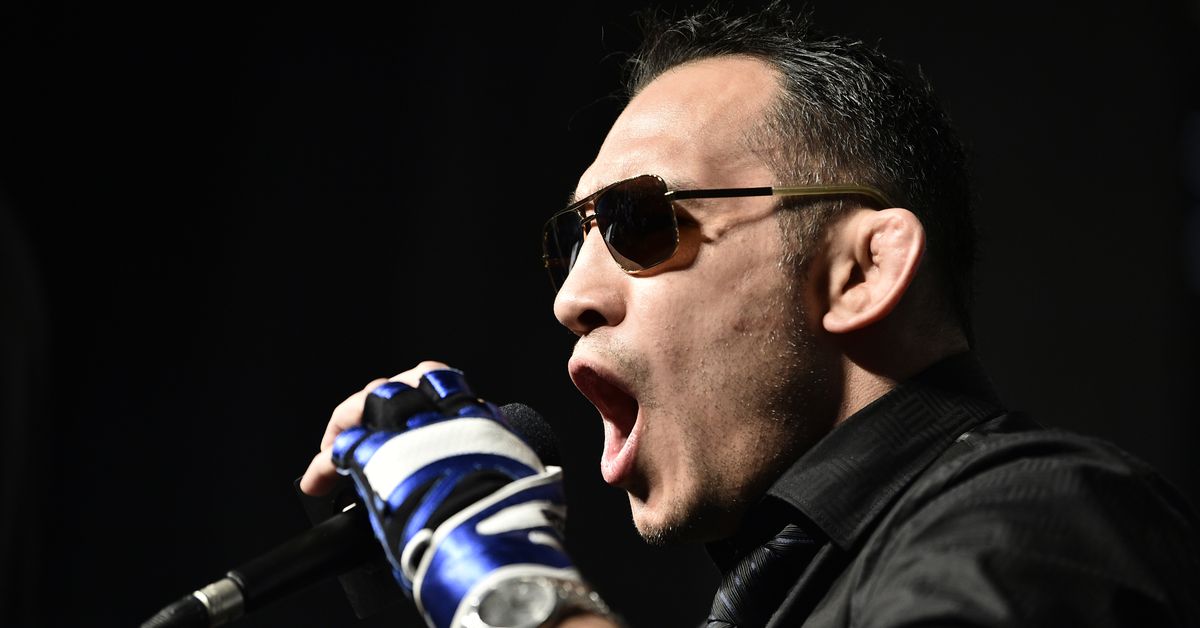 Watch the promo for the cancelled UFC 249 fight card

Dana White promises UFC ‘will be first event back,’ tells fighters ‘don’t be worried about the money’ 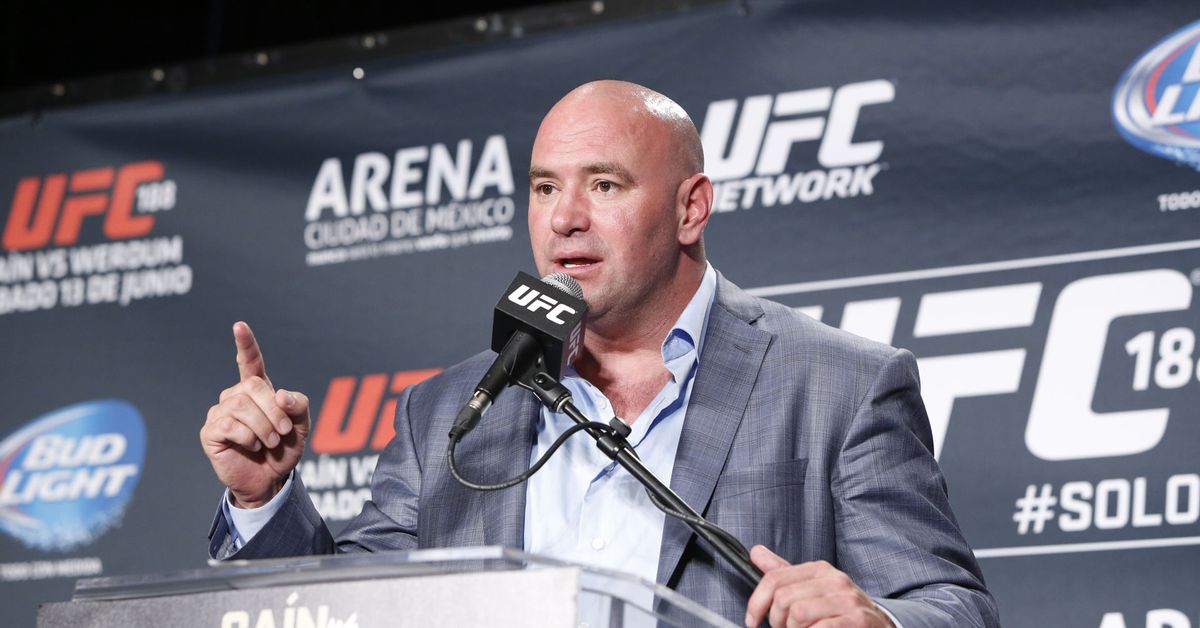 Dana White promises UFC ‘will be first event back,’ tells fighters ‘don’t be worried about the money’