Los Angeles Lakers guard Alex Caruso understands the risks and the downsides to joining the NBA's restart near Orlando, Florida.

He knows he'll be away from friends and family for a while and the situation is far from ideal. He's just not letting it affect his attitude.

Speaking with Scott Van Pelt on Sportscenter Tuesday night, Caruso said he's built for these types of environments as a player.

"For me, I'm looking forward to it," Caruso said, "just because I think I thrive in situations like that where you gotta get gritty and you kind of have to tough it out, you know, stuff that's not status quo and it's not normal."

Caruso is right in that the situation is not normal. On a macro level, the NBA has never attempted anything this ambitious. No one knows how it will turn out or if it will be safe enough to allow for the league to conclude its season and crown a champion.

On a micro level, if the games go on as rescheduled, the Lakers are likely to involve Caruso more heavily than before the NBA was forced to go on hiatus March 11 because of the pandemic.

Lakers starting point guard Avery Bradley has opted out of joining the team in Orlando to ensure the health and safety of his family. According to ESPN's Adrian Wojnarowski, one of Bradley's children, six-year-old Liam, "has a history of struggling to recover from respiratory illnesses, and it is unlikely that he would have been medically cleared to enter the Orlando bubble with his family."

In the meantime, Los Angeles is reportedly working on signing JR Smith, but the deal has yet to be finalized. Even if and when it goes through, Caruso is the guard with more familiarity in the Lakers' system and has already been averaging 17.8 minutes per night in 2019.

With Bradley out, those numbers are sure to increase.

With Caruso averaging 5.4 points, 1.8 assists and 1.9 rebounds, he'll certainly need to prove he can handle an expanded role.

But the opportunity is there. Even if it's not under the best of circumstances, the 26-year-old out of Texas A&M is excited for the challenge.

"I'm looking forward to it," Caruso said. "Obviously, I'm not looking forward to the situation and being hot and humid in Orlando and not seeing my family for that long of a time. But, you know, given the challenge, I'm kind of ready for it." 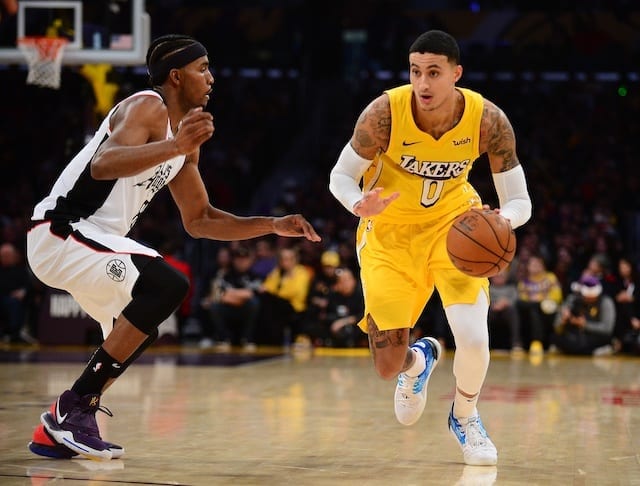