Chicago Cubs first baseman Anthony Rizzo "is planning to play at this point" with regard to MLB's shortened 2020 season, according to MLB Network's Jon Heyman.

Rizzo was diagnosed with Hodgkin lymphoma in April 2008 and went into remission that September. That is leaving some to wonder whether the 30-year-old will suit up for the Cubs given his high-risk status amid the ongoing COVID-19 pandemic.

The Athletic's Ken Rosenthal and Evan Drellich reported June 23 that each team doctor has to list players and personnel from within the organization who fell into a high-risk medical category. A person would qualify due to age or pre-existing medical concerns, which would leave them more susceptible to adverse effects from the coronavirus.

High-risk players who opt out will still be entitled to receiving their 2020 prorated salary and a full year of service time.

Zimmerman wrote in an essay last Friday for the Associated Press that his mother has multiple sclerosis, so he was concerned about the risk he could pose to her.

His eight years on the Cubs have also made him into a de facto leader of the clubhouse, something that was driven home last September when he played through an ankle injury as Chicago's playoff hopes were fading.

Especially with the inevitable big swings of momentum that are bound to happen in a 60-game season, Rizzo's presence will be invaluable for the Cubs this summer.

Cubs Have No COVID-19 Cases in Latest Testing

Cubs Have No COVID-19 Cases in Latest Testing

Cubs Are Testing Out Fake Crowd Noise at Wrigley Field 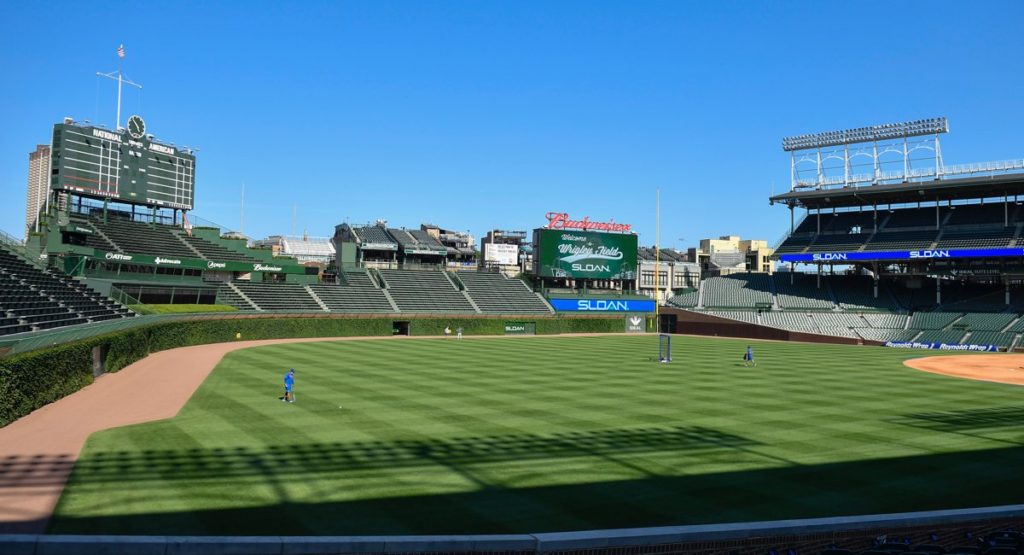 Cubs Are Testing Out Fake Crowd Noise at Wrigley Field

Ian Happ Describes What It’s Like to Face Yu Darvish

Ian Happ Describes What It’s Like to Face Yu Darvish

Weird Schedule Means No Friday Afternoon Games for Cubs in 2020

Weird Schedule Means No Friday Afternoon Games for Cubs in 2020