Minnesota Timberwolves guard Michael Beasley said his girlfriend Montana, who is of Asian descent, received stares and feared discrimination while wearing a mask in public at the start of the COVID-19 pandemic.

"People were looking at us weird," Beasley said, per Adrian Wojnarowski of ESPN. "They were giving her the look, like, 'Did you bring the virus here?' It was really strange, and we did our best to stay in the house. We wanted to stay out of people's way with everyone on edge."

The coronavirus pandemic has also fueled discrimination and xenophobia against Asians and Asian Americans because the novel virus was first discovered in China.

"The pandemic continues to unleash a tsunami of hate and xenophobia, scapegoating and scare-mongering. That's why I'm appealing for an all-out effort to end hate speech globally," United Nations Secretary-General Antonio Guterres said earlier this month.

Beasley said he and his girlfriend left Los Angeles and returned to Minnesota in part because of the discomfort they experienced.

The Timberwolves have been impacted by the virus in other ways, as Jacqueline Towns, the mother of center Karl-Anthony Towns, died from the coronavirus in April. Both she and Towns' father Karl Sr. were diagnosed with COVID-19 in late March. His father recovered after spending time in the hospital. 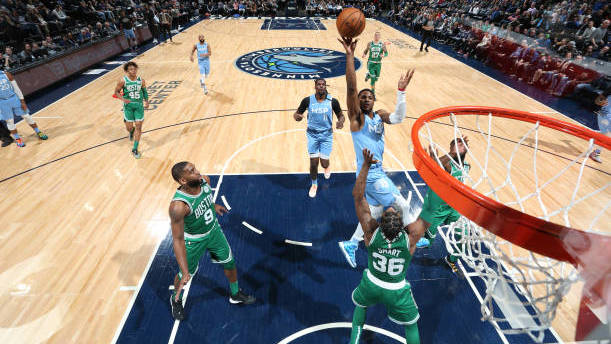 The city of Minneapolis has been in a state of unrest this week after the death of George Floyd, who was choked and pinned down by officer Derek Chauvin and died. Chauvin and three other police officers involved with the arrest have been fired.

"I am a white male in a position of leadership, and I don't take lightly the fact that I have not experienced some of these things that our individual guys have had to experience," Wolves coach Ryan Saunders told Wojnarowski. "So I wanted to make sure we were listeners, that we could become more educated as people completely inexperienced in never getting the benefit of the doubt. I grew up in Minnesota and this hasn't been sitting well with me for the past two days. Sometimes the silence can be deafening too. When we're given opportunity to speak on what's right, I think it's important to do that."