Parayko and Thomas won the two five-on-five games to seal the win before falling in the three-on-three mini-game that followed.

Here are the results:

The full replay is available on YouTube and features plenty of fun stories from the Blues' summer with the Stanley Cup in 2019.

While Parayko was dishing on what it was like to take the Cup to his hometown of St. Albert, Alberta, Canada, to enjoy it with his family, Thomas had a different experience—not because of what he did with the chalice, but what his teammates before him did.

Thomas said the Cup was in rough shape by the time it made its way to his home in Aurora, Ontario. Apparently, his teammates dented the trophy in some areas and left salt residue on the rim after drinking margaritas from it. That came after a few players had the Cup with them in the shower.

Beginning in 1995, the NHL has allowed each member of the Stanley Cup-winning team—including coaches, support staff and some front office members—to host the iconic prize at a place of their choosing.

Most players bring the Cup to their hometowns and celebrate with close friends and family. Apparently, some of the Blues really enjoyed themselves when it was their turn.

St. Louis fans can take solace in knowing their team's time with the Cup likely won't crack the NHL's 10 most infamous celebration moments.

On Saturday, the Blues celebrated a much smaller, if not more meaningful, victory.

In joining the NHL Player Gaming Challenge, the team participated in a charity event, helping raise money for the Centers for Disease Control and Prevention as well as front-line workers fighting the coronavirus pandemic.

According to a league release, the National Hockey League Foundation and Electronic Arts have already donated a combined $100,000 to get the funding started.

St. Louis Blues Not Going To Practice Right Away

St. Louis Blues Not Going To Practice Right Away 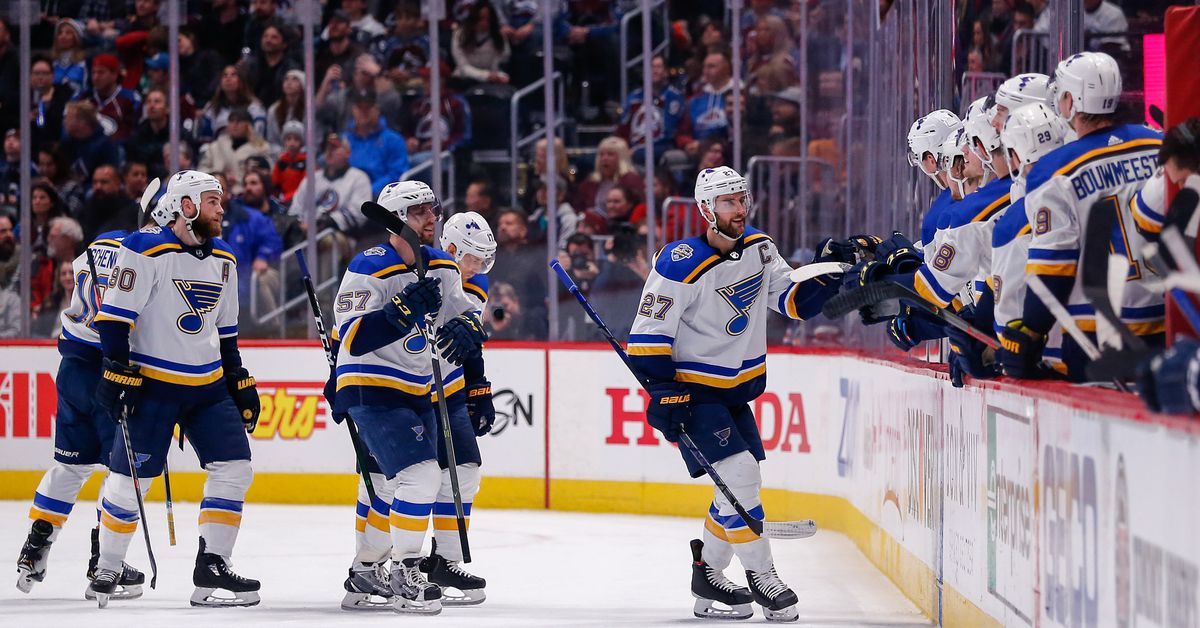