The NBA and NBA Players Association officially announced Thursday the eight participants who will take part in a televised HORSE competition next week:

ESPN, the NBA and NBPA announced that Chris Paul, Trae Young and Tamika Catchings will headline the list of eight NBA and WNBA players and legends who will participate in the new NBA HORSE Challenge begining Sunday, April 12 at 7 pm ET. Mark Jones will serve as the official host. https://t.co/tlQW28fBLt

Paul, Young, LaVine and Conley are all active players who have performed at an All-Star level in recent years.

CP3 is the most accomplished among them, as the Oklahoma City Thunder star has 10 All-Star nods, nine NBA All-Defensive Team selections and four assist titles. Paul is likely destined for the Basketball Hall of Fame one day.

Young is only in his second NBA season as a member of the Atlanta Hawks, but he is a star in the making, as he is averaging 29.6 points and 9.3 assists per game and was named an All-Star starter this season. 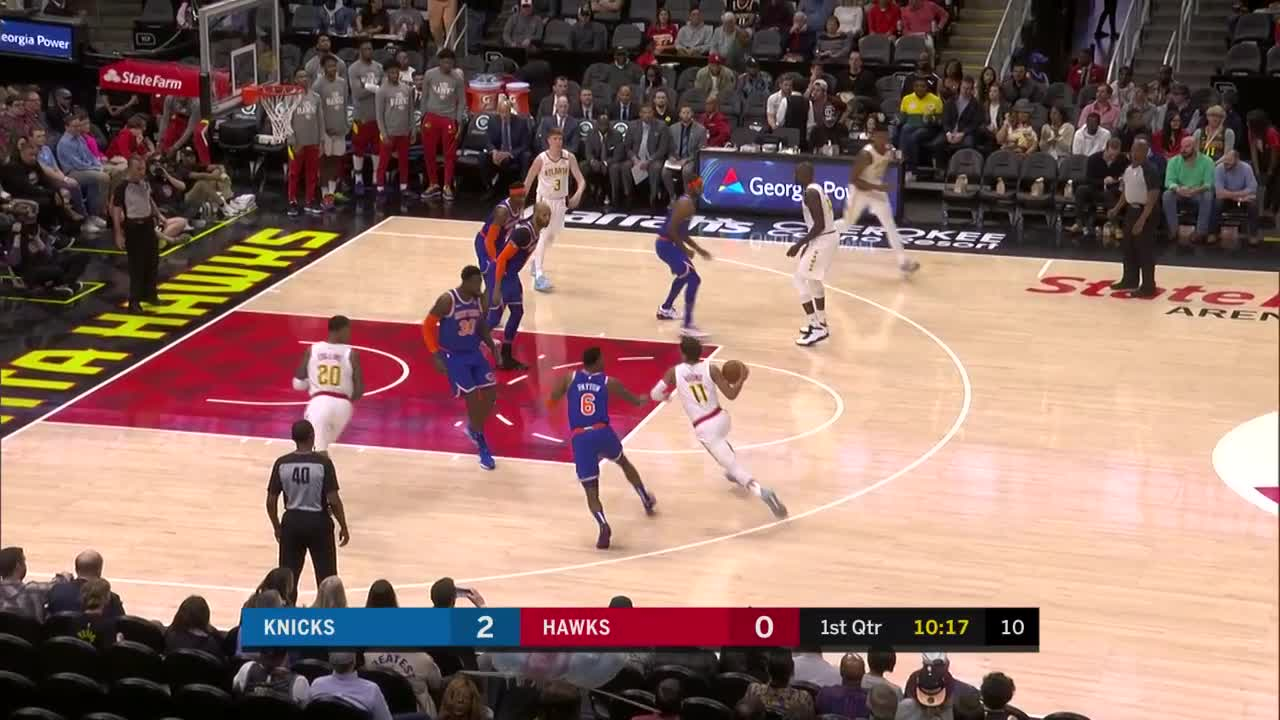 LaVine was arguably the NBA's biggest All-Star snub this season, as the Chicago Bulls guard is putting up 25.5 points, 4.8 rebounds and 4.2 assists per contest.

The 32-year-old Conley is in his first season with the Utah Jazz after spending the first 12 years of his NBA career with the Memphis Grizzlies. While Conley has never been named an All-Star, he is just one year removed from averaging a career-high 21.1 points per game.

Billups, 43, spent 17 seasons in the NBA, primarily with the Detroit Pistons and Denver Nuggets. He is a five-time All-Star, one-time NBA champion and one-time NBA Finals MVP who often goes by the nickname Mr. Big Shot thanks to his penchant for coming through in the clutch.

The 42-year-old Pierce played 19 NBA seasons, 15 of those for the Boston Celtics along with stints with the Brooklyn Nets, Washington Wizards and Los Angeles Clippers. He was named an All-Star 10 times and, like Billups, is a one-time NBA champion and NBA Finals MVP. He ranks 15th in NBA history in scoring and is likely a future Hall of Famer.

Catchings, 40, was one of the most successful WNBA players of all time with 10 All-Star selections, one WNBA MVP, one WNBA championship and one WNBA Finals MVP to her credit. She is also a Basketball Hall of Famer.

Quigley is a guard for the Chicago Sky who has been named an All-Star three times and the WNBA Sixth Woman of the Year twice. She also won the WNBA Three-Point Shootout twice, which makes her a major threat in the competition.

Given the way the bracket is laid out, a final such as Billups vs. Pierce or Young vs. Paul is possible. Young is likely the favorite to win the event since he has nearly unlimited shooting range and could potentially pull off some incredible shots.

With the 2019-20 NBA season suspended indefinitely because of the coronavirus pandemic, the NBA and its partners are searching for compelling programming, and a HORSE competition should capture the interest of basketball fans who are starving for some action.