"I still feel like he's highly disrespected. People take his play for granted. I mean, he averaged a triple-double for the last three or four years, and I'm pretty sure they see what he's doing this year, but it's still the same thing. I just love that he still just goes out and plays and handles his business and doesn't worry about it."

Westbrook was the catalyst behind Houston's dominant win, finishing with a game-high 33 points on 15-of-24 shooting to go with nine rebounds, eight assists and four steals. 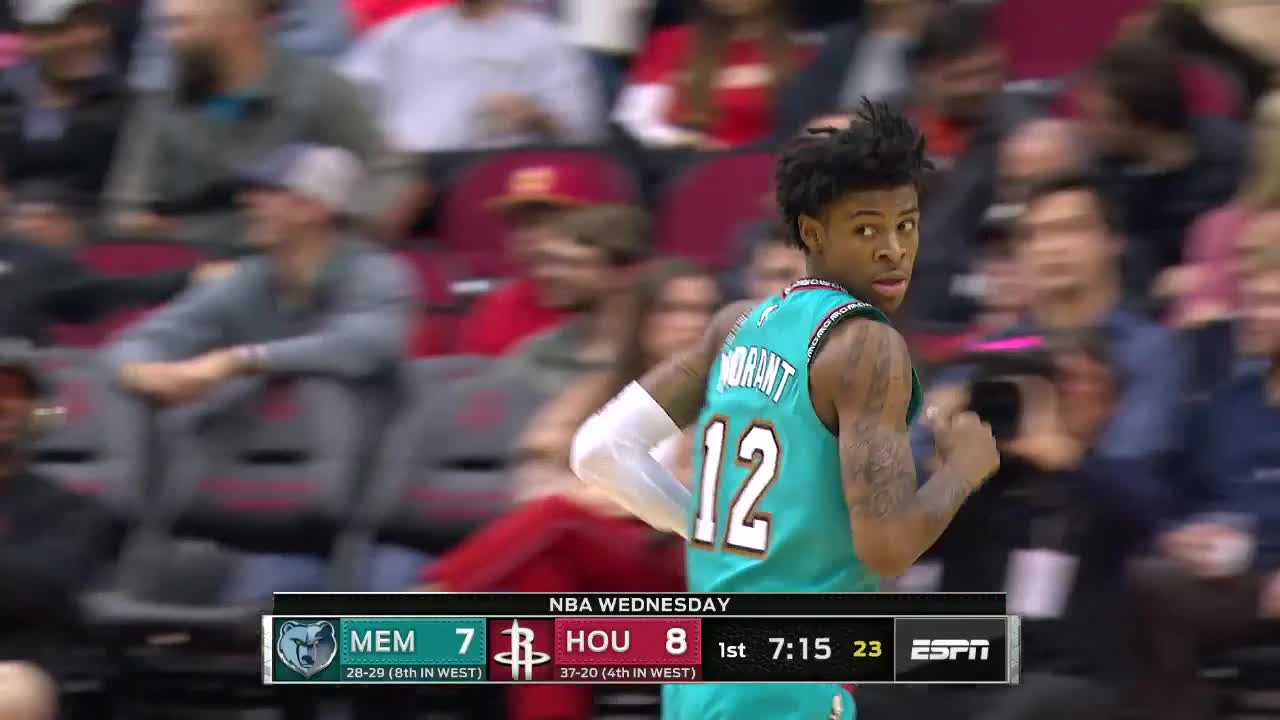 The 31-year-old Westbrook is in his first season with the Rockets and is averaging 27.3 points, 7.9 rebounds and 7.2 assists per game on 47 percent shooting. Sharing the backcourt with James Harden will prevent him from averaging a triple-double for the fourth consecutive year, but he has been productive nonetheless.

Westbrook spent his first 11 seasons with the Oklahoma City Thunder before a trade to Houston during the offseason. He was named MVP once (2017) and helped lead OKC to one Finals berth. He is also a nine-time All-Star and has not missed an All-Star berth since the 2013-14 season.

And he's always been confident, saying: "I don't really care what nobody else thinks about my game. I appreciate guys like [Morant] and other guys, but as long as I'm OK and satisfied with what I bring to the table, I'm going to keep busting everybody's ass."

Dating back to his time at Murray State in college, Morant has often been compared to Westbrook because of his speed, explosiveness and ability to stuff the stat sheet.

Morant had a down game Wednesday with 12 points, nine assists and three rebounds on 5-of-13 shooting, but he has been strong overall, averaging 17.5 points, 6.8 assists and 3.4 rebounds per contest on 49.1 percent shooting.

The Rockets acquired Westbrook from the Thunder to make a title run while Harden, 30, is still in his prime. At 38-20, the Rockets are fourth in the Western Conference, just one game out of third and two out of second.

Houston is the hottest team in the NBA with five consecutive wins, and if the small-ball club is to shock the world and win it all, Westbrook will need to continue to play at this All-NBA level.

Which team's power duo has been the best this season?