Dele Alli wasn't happy about being substituted during Tottenham Hotspur's 1-0 defeat at home to RB Leipzig in the UEFA Champions League last 16 on Wednesday night.

Alli didn't enjoy the game, but Timo Werner did. Leipzig's attacking talisman stroked home a 58th-minute penalty to give the visitors a priceless away goal. It was the signature moment of a performance that would have encouraged the clubs rumoured to be keen on signing Werner to solidify their interest this summer.

Big clubs may be watching Werner, but the European elite's choice to overlook Josip Ilicic has been Atalanta's gain. The 32-year-old has used the Serie A club's maiden campaign at this level to show why he's a special talent who deserves more recognition. 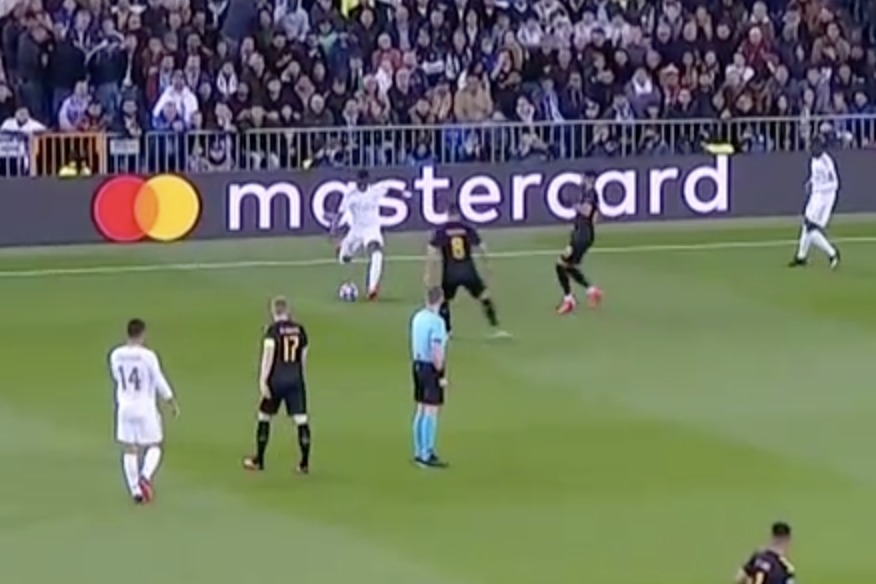 Liverpool were circling Werner ahead of the match, according to MailOnline's Kit Holden, and if Reds boss Jurgen Klopp cast an eye over events in north London, he surely would have liked what he saw.

Werner led a frantic Tottenham defence on a merry dance for the best part of an hour. His varied range of movement, which included dropping off the front at the right time and drawing an overly eager defender out with him, created a host of room for others to exploit.

There was something fitting about it being left to Werner to apply a true finishing touch. He duly did from 12 yards after Ben Davies had felled Konrad Laimer in the box.

Still just 23, Werner is the leading light of Leipzig's bright and enterprising team. Sadly for Julian Nagelsmann, his star forward appears destined to graduate to a bigger stage sooner rather than later.

Alli was off the pitch six minutes after Werner had converted the Leipzig spot-kick. His petulant reaction was more about lamenting a drab performance than showing competitive fire.

Dele Alli has been learning under Jose Mourinho 👀 https://t.co/lNCnpcwFJS

The cold reality was Alli had failed to sparkle with the onus on him to be the danger man in a depleted attack. Injuries to strikers Harry Kane and Heung-Min Son had increased the burden on Alli and Lucas Moura.

Pace and well-timed runs from out to in make Moura an obvious threat, but those qualities are wasted without the right passes to find him. Alli couldn't pick those passes between the lines, despite his natural vision and technique.

Nor was Alli able to make enough breaks from deep and beyond the front to draw attention away from Moura in central areas. He seemed a yard behind the flow of the game whenever Spurs committed numbers forward.

Alli's lacklustre display was particularly drab when compared to Giovani Lo Celso. The Argentina international was the best player on the pitch in a Tottenham shirt, while Alli's replacement, Erik Lamela, pressed Leipzig into mistakes with the drive and aggression Alli had lacked.

Alli must prove he can stand alone as Tottenham's main threat if Spurs are going to progress.

It's still a surprise a player of Ilicic's artistry has never found his way to the Premier League. His touch, clever feet and speed of thought make him a lethal finisher who creates and scores chances for fun.

There was more than one star for Gian Piero Gasperini's team, with Pasalic threading inch-perfect passes through to Ilicic and Co. all night. His classy distribution yielded a pair of assists and should have sent a message to Frank Lampard at Chelsea.

Given how pedestrian and cautious Jorginho and Mateo Kovacic can be with their distribution, Pasalic should have a future in west London. He would surely offer more as a creator than Ross Barkley and N'Golo Kante.

It's hard to believe there was ever a time when Mangala was deemed worthy of a £32 million transfer fee. Yet whatever confidence the player who moved to City from Porto in 2014 had seems long gone, along with his pace, strength and timing.

Mangala struggled to track Atalanta runners and was baffled by the skill and flair of Ilicic and Papu Gomez. Valencia's defence has been struggling for a while, but the absences of Gabriel Paulista and Ezequiel Garay only compounded the problem, with Mangala proving to be out of his depth.

In fairness to the Frenchman, he wasn't helped by an equally uncertain showing from the versatile Mouctar Diakhaby alongside him. Diakhaby often operates in midfield, so he needed to lean on the experience of a veteran like Mangala.

Unfortunately for Los Che, the 29-year-old once touted as one of the best still appears unable to get his career back on track.