Liverpool manager Jurgen Klopp has said "no decision" has been made over Mohamed Salah's possible involvement in the Olympics this summer.

Egypt have qualified for the competition in Tokyo, and the gold-medal match is set to be staged on the same weekend as Week 1 of the 2020-21 Premier League season.

Speaking on the eve of his team's top-flight showdown with Norwich City on Saturday, Klopp said the club and the player have yet to make their mind up regarding Salah's possible summer schedule, per Paul Gorst of the Liverpool Echo:

"We cannot discuss it as we don't know too much yet. We will speak and we will see.

"No decision. Like always, it is clear, do I want to lose him? Of course not. We have to consider different things. I will speak with Mo and we are clear what we want. We need more info and no one has contacted us so far."

Salah has been included on Egypt's provisional 50-man squad for the tournament. The travelling party will be made up primarily of under-23 players, although coaches are permitted to select three footballers outside that age bracket.

When asked if Salah would take part, Egypt coach Shawky Gharib told Reuters (h/t BBC Sport) it's up to the 27-year-old to make a choice: "Salah's participation with the Pharaohs team is a decision to be taken only by Salah, his club Liverpool and his coach Jurgen Klopp. I have chosen him in an expanded list of 50 players. The final list of 18 players will be submitted next June."

Salah has been in sensational form for the Reds, with the forward's 14 top-flight goals helping the team build up an incredible 22-point lead at the summit of the Premier League table.

Ahead of the clash with bottom club Norwich, Klopp provided positive injury updates on the fitness of a number of players, including Sadio Mane and James Milner:

Klopp confirms Sadio Mane and James Milner are in contention for tomorrow. "Apart from Shaq and Clyne, all players in training. We have some good options, that would be really great to stay like this. All good."

Both teams will go into the game fresh from a two-week break, meaning the managers have had the chance to get a number of key players refreshed for the run-in.

Andy Robertson revealed to Chris Shaw of the official Liverpool website how he has been playing with "pain" of late, and Klopp was grateful the left-back was able to get some rest: "For Robbo, [the break] was very important because it was his left foot. His only useful foot! It was very important we had this week, he looks different now."

Commenting on his own playing career, Klopp quipped: "When I played, 80 per cent of the time I was in pain. Nobody appreciated that, because I played bad anyway."

Klopp on Norwich "I really admire that they stick to their principles. The game [in Aug] is a good example of their season. Really good football, super coaching. Conceded four but never gave up, did what they did. They caused 95% of teams problems." #LFC

Regardless, it would be a huge surprise if Liverpool didn't emerge victorious on Saturday. They need just six wins to secure their first domestic title in 30 years and appear zeroed in on the prize.

The match at Carrow Road will be the trigger for a busy spell in the campaign for the Reds. They continue the defence of their Champions League title on Tuesday in the first leg of their last-16 clash with Atletico Madrid.

POLL: Who Will Win the UCL?

16 teams left, who takes the trophy?

POLL: Who Will Win the UCL?

‘Van Dijk Is Never Going to Win the Ballon D’Or’ 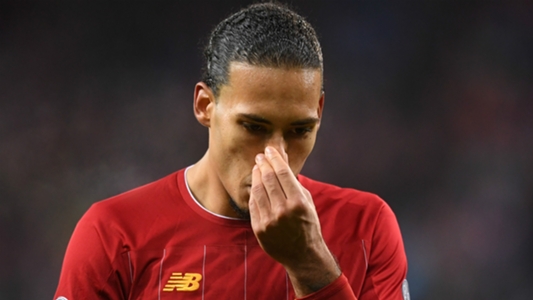 ‘Van Dijk Is Never Going to Win the Ballon D’Or’

How Every UCL Squad Has Changed Since Group Stage

How Every UCL Squad Has Changed Since Group Stage