Carolina Panthers owner David Tepper discussed Cam Newton during a media session on Tuesday, saying the quarterback's future with the team would be tied to his health.

"Listen, I'm not a doctor," Tepper said. "And I've said it a million times: 'Is he healthy?' He's not a doctor. There's a lot of different things that can happen. But first is, is he healthy? Tell me that, and then we can talk."

Dave Tepper, on Cam Newton - all comes down to health. Won’t make definitive statements until he knows about Cam’s health. Does not expand on timeline. Full comments: https://t.co/3soTgdyagp

The Panthers have been non-committal when it comes to Newton. When general manager Marty Hurney was asked about his foot injury and his future in Charlotte, he answered, "He's rehabbing, that's all I can say," per Steve Reed of the Associated Press.

And in late January, ESPN's Dan Graziano and Jeremy Fowler reported that "the Panthers want to see [Newton] work out on the field in March when healthy, a source said. A full evaluation will help them make a decision on his future, one that hasn't been made yet. 'They want to at least give him a shot, see where he's at,' the team source said. 'Then we'll see what happens.'"

Newton, 30, appeared in just two games last season, throwing for 572 yards, no touchdowns and an interception while completing just 56.2 percent of his passes. A Lisfranc injury kept him out of action for the rest of the season, and he underwent surgery in December.

The veteran quarterback, who won an MVP award and led the Panthers to a Super Bowl in the 2015 season, has expressed a desire to stay with the Panthers.

"Charlotte is home," he said in November, per David Newton of ESPN. "Charlotte is a place I know people know me. They're not just assuming. They know how I am. They know my energy. They know what I like and what I don't like. For me to have that type of presence, it just reminds me that... it's right."

Newton has dealt with a lot of injuries in recent years, and it wouldn't be shocking if the Panthers chose to part ways with him this offseason. It would be the end of an era, but with a new head coach in place, Matt Rhule, the Panthers may be ready to turn the page on Newton. 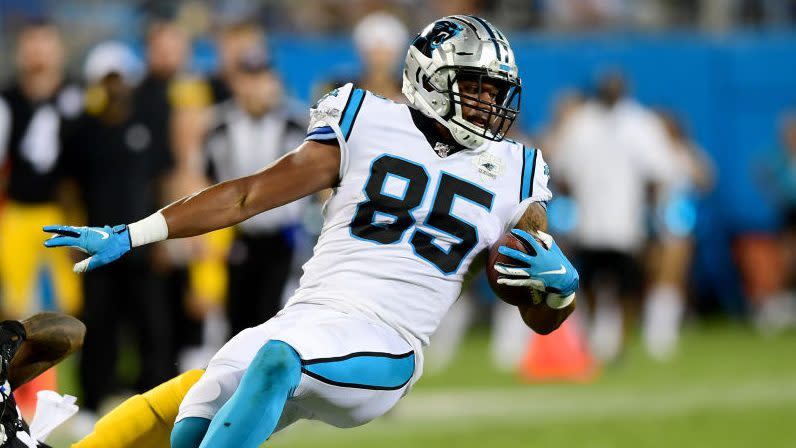