Real Madrid forward Luka Jovic has opened up on his struggle for form at the club this season.

Jovic arrived at Los Blancos in the summer in a high-profile transfer, having built a reputation as one of European football's best young strikers. However, his switch to the Spanish capital hasn't gone to plan, with just one La Liga goal to show for his efforts in the 2019-20 season and only four starts in the Spanish top flight.

Speaking to Sports Afternoon with Kristina (h/t AS), the Serbia international has said he's unsure why he's found goalscoring so difficult for his new club:

"Honestly, I'm not happy with the season, at least until now. First because I can be better. Sometimes on YouTube I see videos of me last year, and I ask myself 'what happened?'

"But we all know that Real Madrid is a huge club and ... it's difficult for the players with experience to get used to it. And even more for 21-year-olds they have paid €60 million for. The pressure is huge, I have fought until now without success. But hope the situation changes.

"... There is a negative atmosphere when people speak about my form at Real Madrid, but I believe that I will show people the reason why I am here."

Jovic spent the 2018-19 season on loan at Frankfurt from Benfica and scored 27 times in 48 appearances.

Here is a reminder of how potent a finisher he can be when he's got confidence:

When Madrid signed the striker it was deemed a coup, as Jovic was linked with a number of big-name clubs across the continent.

While he wasn't expected to become a first-team regular in his debut campaign, manager Zinedine Zidane would have wanted Jovic to provide serious competition to Karim Benzema at the point of the attack. However, that fight for the centre-forward berth has not materialised.

Following the team's 4-0 win over Real Zaragoza in the Copa del Rey, Kiyan Sobhani of Managing Madrid compared the performances of the two players:

The main difference between Jovic and Benzema in one stat. They both had 16 touches tonight. Benzema came on for Jovic in the 73rd minute... Wrote about it in yesterday's column. Benzema is relentless. He has to be in every build-up sequence. In turn, not cold in front of goal.

Benzema also netted the winning goal for Los Blancos in their victory over Atletico Madrid on Saturday:

💜 @Benzema is having a 🔥 season in #LaLigaSantander! Comment below your favourite @Benzema goals of this season! 👇 https://t.co/yheBKzkkMZ

While Madridistas will be disappointed with the output from Jovic so far, they will likely at least be pleased with his apparent determination to rediscover his best.

With Madrid in contention for La Liga, the UEFA Champions League and the Copa del Rey this term, there will be opportunities for Jovic to show Zidane what he's capable of. The Serb will need to seize one to avoid some potentially awkward conversations in the summer.

Vinícius Júnior can thrive at Real Madrid under Zinedine Zidane

Vinícius Júnior can thrive at Real Madrid under Zinedine Zidane

Opinion: Florentino, You Need to Sell, but Sign as Well 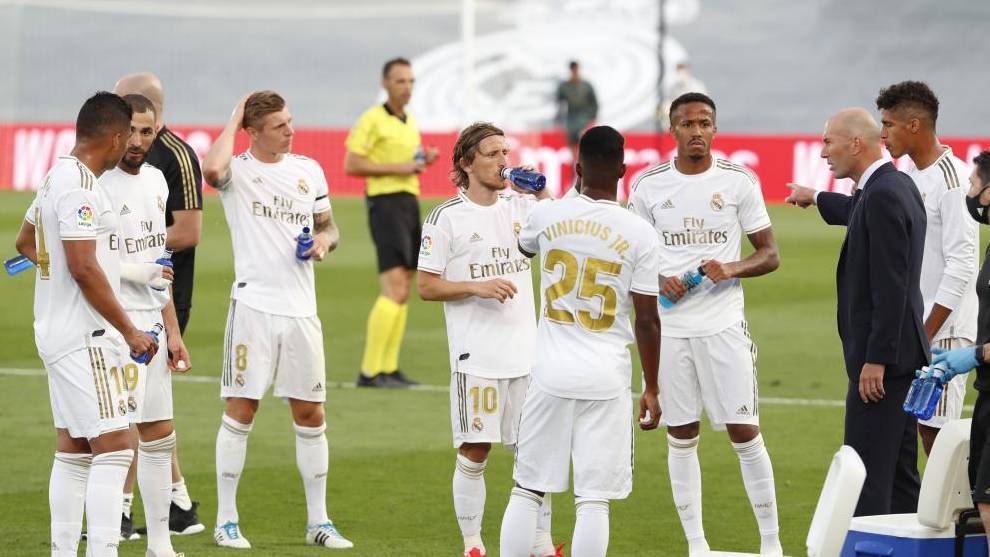 Opinion: Florentino, You Need to Sell, but Sign as Well