Sevilla, Athletic Bilbao and Villarreal were among those who progressed to the last 32 of the 2019/20 Copa del Rey. Other members of La Liga who made it through included Real Sociedad and Celta Vigo.

There was also safe passage for some teams from the lower leagues, including UD Ibiza. The latter advanced after overcoming Albacete on penalties Saturday. Sunday saw Unionistas de Salmanca CF also win a shootout to get past Deportivo La Coruna.

The Segunda Division B duo will join the others in the hat ahead of holders Valencia entering the draw along with fellow Spanish Super Cup competitors Barcelona, Real Madrid and Atletico Madrid.

The draw takes place Tuesday, January 14, according to the Spanish Soccer Federation official website. Round of 32 matches are set to begin Wednesday, January 22.

Sevilla have been making an impression through two rounds, taking their scoring tally to six goals after Sunday's 5-0 win away to Escobedo. Julen Lopetegui's team produced five different goalscorers, with Luuk de Jong getting the scoring run started after just 17 minutes.

Nolito, Lucas Ocampos, Franco Vazquez and Oliver Torres wrapped up the rout. Vazquez was one of those unfortunate not to score more:

8 - Franco Vázquez has hit woodwork eight times since he joined @SevillaFC_ENG, more than any other Sevilla's player in all comps, being the Argentinian #LaLiga player to do so more often after Lionel Messi (44) since 2016/2017 season. Delicate #SevillaFC #CopaDelRey https://t.co/irdOnfNWw5

Regardless of the quality of the opposition, this was a statement of intent from Sevilla. Lopetegui was suitably impressed by the way his team had approached the game:

Sociedad also look in good shape for the arrival of the big guns after Lucas Sangalli bagged a brace in Ceuta. Former Manchester United winger Adnan Januzaj got in on the act before Ander Barrenetxea added some gloss to the scoreline.

Santi Mina was in form in front of goal when Celta helped themselves to four goals in Merida. Mina netted twice, while Pione Sisto also etched his name onto the scoresheet along with Brais Mendez, who scored from the penalty spot.

La Liga's other notable names set standards for Sevilla, Sociedad and Celta to match after impressing Saturday. Athletic cruised through the gears in Sestao, with braces from Asier Villalibre and Yuri Berchiche enough to help the away side coast into the draw for the next round.

1 - Against Sestao, Yuri Berchiche has become the first @Athletic_en defender to score a brace in a game in all competitions since at least 2013/14. Critical.

Gerard Moreno proved the difference for the Yellow Submarine in Orihuela. Moreno's opened the scoring but had to wait until deep into extra time to settle things after the hosts had found an equaliser.

Things ran smoother for Betis, with Joaquin wrapping the scoring in Portugalete. The 38-year-old winger knows what it takes to win this tournament, having lifted the trophy twice before, including with Betis in 2005. 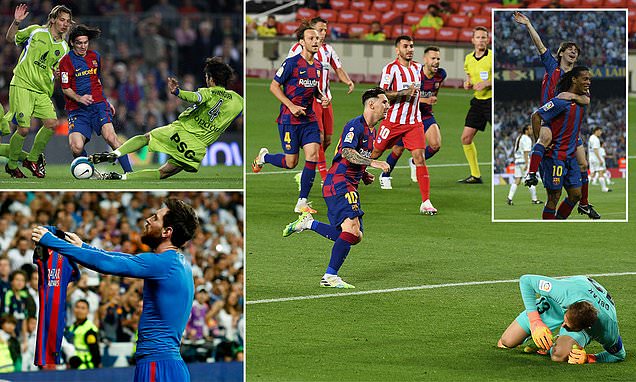