For so long, this type of transfer had been incredibly rare, worth cherishing when they happen. Over the years, we've seen some blockbuster moves of this ilk—Zlatan Ibrahimovic for Samuel Eto'o in 2009 among them—but they've been few and far between throughout history.

More and more popped up across the continent, temporarily meaning football's transfer market resembled something akin to the NFL or NBA.

Perhaps it was coincidence or perhaps not. A prevailing theory was that player costs have spiralled to such a ludicrous height that no asking prices could be met, so makeweights were fashioned in order to make deals affordable. If that's the case, there's no reason this style of transfer doesn't continue into 2020.

So with that in mind, we've played the part of hypothetical negotiator. We've assessed the needs of Europe's top teams, shortlisted a series of wantaway or expendable players and tried to mesh together some swap deals that would make sense for every party.

That's key: every party. No one is badly shortchanged in these deals, wages are taken into account to maintain realism and they're built to solve problems on both sides.

Christian Eriksen's contract at Spurs will be up in June, and it's clear he wants to leave. It's chairman Daniel Levy's responsibility to make the most from the situation. That means sell for what is bound to be a reduced fee in January or perhaps engineer a player-plus-cash deal with an interested party.

Inter Milan look as though they are in pole position for his signature, per The Sun, but one team that have consistently been reported to be interested in the Dane are Real Madrid, and they happen to have a glut of players they could offer in return.

Levy can strike the kind of deal here that can put a positive spin on losing one of the Premier League's best-ever playmakers.

Perhaps the most attractive to Spurs would be Alvaro Odriozola, a player whose big move to Madrid in 2018 hasn't quite worked out. The 24-year-old is stuck behind Dani Carvajal in the pecking order, but he has the talent to play consistently at the top level.

He's not the name Eriksen is, but he would fix the problematic right-back position for them in the short and long term. A like-for-like swap could see someone like Brahim Diaz being exchanged, but there are other ways to fill the hole the Denmark international's departure leaves.

It just hasn't worked out for Thomas Lemar at Atletico. That's no indictment on the 2018 FIFA World Cup winner—he's a superb, creative midfielder in the right setting—but his and Diego Simeone's styles don't mesh. He's not the first to suffer from it and won't be the last.

But given he cost £60 million, the situation isn't forgivable. Right now, he's in the conversation for the club's biggest flop, and they probably won't be successful if they attempt to recoup that full fee. Trading him for a player that does suit Simeone's system, however, is a potential get-out.

Wingers who "get" Simeone tend to be gritty, full of hard running and balance panache with a defensive ethic. Erik Lamela is exactly that. He's lost a few years to injury but is still only 27—he's one of those deceptively young footballers—and profiles well for Atletico's method.

In return for him and a sum of around £30 million, Lemar makes the move to the Premier League. In him, Spurs would get the sort of talented schemer any manager would love to build around for the future.

Alexandre Lacazette is not someone Arsenal could let go lightly. He's popular with the fans, excellent on his day and makes up one half of one of football's best bromances with Pierre-Emerick Aubameyang.

In the long term, though, something in Arsenal's forward corps has to give way. Laca, Auba, Mesut Ozil and Nicolas Pepe make an awesome front four, but Gabriel Martinelli and Reiss Nelson need a pathway upwards, and Emile Smith Rowe, Eddie Nketiah and Tyreece John-Jules will become considerations soon too.

Lacazette is probably the one with the biggest market, and of the teams that can a) afford him, and b) might require his services, Paris Saint-Germain probably have the most to offer in return.

They could exchange Leandro Paredes, who profiles remarkably similarly to Granit Xhaka (but without so many of the positional lapses), and Thilo Kehrer, a talented young centre-back who has yet to be fully moulded. Both would bolster problem positions for Arsenal.

PSG acquiring a striker could have a knock-on effect elsewhere too; it would allow wantaway Edinson Cavani—a target for Atletico Madrid, according to B/R's Dean Jones—to depart this winter rather than in the summer.

It's not often swap deals benefit three parties is it?

They'd be able to cheapen the cash sum paid for the Pole if they could throw a player of interest into the mix, and were AC Milan to peruse the Spurs squad, Juan Foyth's name might well pique their interest.

The Argentinian was a Mauricio Pochettino project, but since Jose Mourinho replaced him as manager, Foyth has been used sparingly. Twenty-year-old Japhet Tanganga started against Liverpool on Saturday and impressed, perhaps skipping up the pecking order and sending Foyth further down.

If he decides there are better options out there for him, Milan are desperately in need of a centre-back. They needed one even before Mattia Caldara ended his injury-riddled spell at the club and returned to Atalanta, and their need is more urgent now.

Diogo Dalot can consider himself unfortunate to have seen the early stages of his United career beset by injuries, preventing him from gaining any traction.

Concerns over the long-term faith in him will have sprung up, though, when Aaron Wan-Bissaka joined for £50 million to play his position, and the Englishman's form this season has been really strong.

With Wan-Bissaka locked in at right-back and Ethan Laird emerging from the academy, there's an argument Dalot is expendable—despite his potential.

Among the most right-back-needy sides in Europe are Roma, who require solutions there after Davide Zappacosta tore his ACL earlier in the season and Alessandro Florenzi has seen his form fluctuate. They would be able to offer Cengiz Under in return, a talented wide man who seems to be on the market, per the Express.

Under is an explosive winger who operates best cutting in from the right flank, something United could really use as an alternative to Dan James—particularly against teams who sit in and defend, reducing space.

It couldn't be a straight swap because their market values aren't the same. But Dalot plus £10 or £20 million is about fair and ticks boxes across the board. 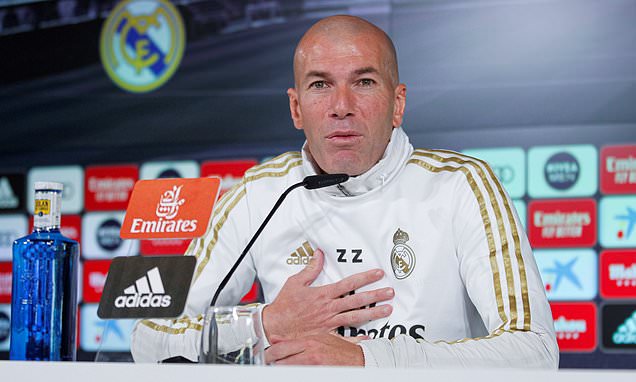 First look at fourth kit that will be shown off ahead NBA Paris game on Jan. 24