Kawhi Leonard capped off arguably the best year of his professional career by being named the Associated Press 2019 Male Athlete of the Year on Friday.

Leonard was arguably the biggest story of the NBA offseason, which included Anthony Davis being traded to the Los Angeles Lakers and Kevin Durant leaving the Golden State Warriors to sign with the Brooklyn Nets.

The story began with Leonard's dominant postseason performance for the Toronto Raptors. The 28-year-old hit one of the most iconic shots in NBA history with his Game 7 buzzer-beater against the Philadelphia 76ers in the Eastern Conference semifinals that hit the rim four times before falling through the net.

He was named NBA Finals MVP after averaging 28.5 points, 9.8 rebounds and 4.2 assists in six games against the Warriors to lead Toronto to its first championship.

In July, with the Raptors and Lakers also vying for his services, Leonard became the biggest free-agent signing in Clippers history when he agreed to a three-year, $103 million deal.

Even in a year loaded with incredible performances across the sports world, including Jackson taking over the NFL with his dual-threat skills and Nadal winning two grand slam singles titles to reclaim the No. 1 overall ranking at 33 years old, Leonard stood tallest among the group.

Where Were You When Kawhi & Paul George Became Clippers? 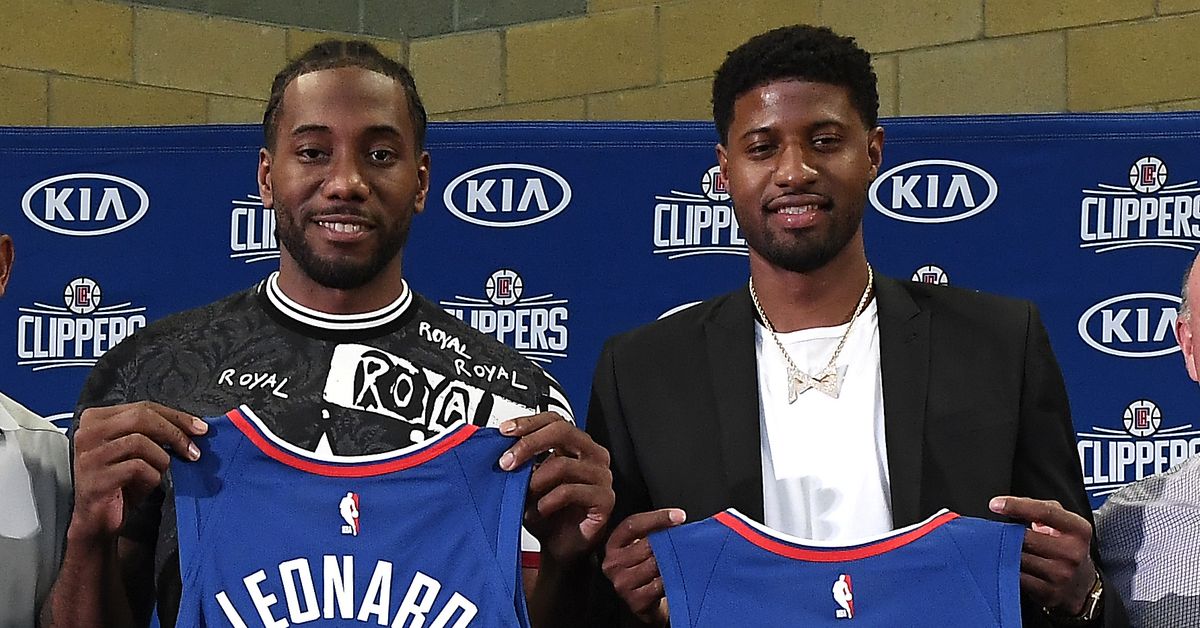 Where Were You When Kawhi & Paul George Became Clippers?