The Washington Nationals and utilityman Howie Kendrick agreed to a one-year, $6.25 million contract Friday, according to Bob Nightengale of USA Today.

Kendrick played a huge role in the first World Series title in Nats history last season, as he was named the National League Championship Series MVP after hitting .333 with four RBI and then hit .280 with one home run and three RBI in the World Series.

The 36-year-old has spent parts of the past three seasons in D.C. after previous stints as a member of the Los Angeles Angels, Los Angeles Dodgers and Philadelphia Phillies.

Kendrick was also a highly versatile player for Washington, appearing in games at first base, second base, third base and designated hitter. Kendrick has some experience in the outfield as well.

Re-signing the 2011 All-Star is a significant move for the Nats since there is some uncertainty with regard to their roster for next season.

Washington has a solid base to its lineup with outfielders Juan Soto, Victor Robles and Adam Eaton as well as shortstop Trea Turner, but Kendrick is currently the only established corner infielder under contract with the team.

Kendrick, who came up as a second baseman, figures to be a full-time starter at either first base or third base in 2020 depending on who the Nationals are able to sign. He spent 63 of his 121 games last season as a corner infielder.

Per Todd Dybas of NBC Sports Washington, Nationals owner Mark Lerner said Thursday that the team cannot afford to re-sign both Rendon and Strasburg. If Rendon leaves in free agency, then Kendrick will have even bigger role in the lineup next season.

Repeating as World Series champions could be a tall task for the Nats if they lose one or two of their biggest stars in free agency, but Kendrick is a stabilizing force with a chance to win a batting title and put up some huge numbers with the likes of Soto, Robles, Eaton and Turner protecting him in the lineup.

Where did stars like deGrom, Acuna and Alonso rank as prospects? 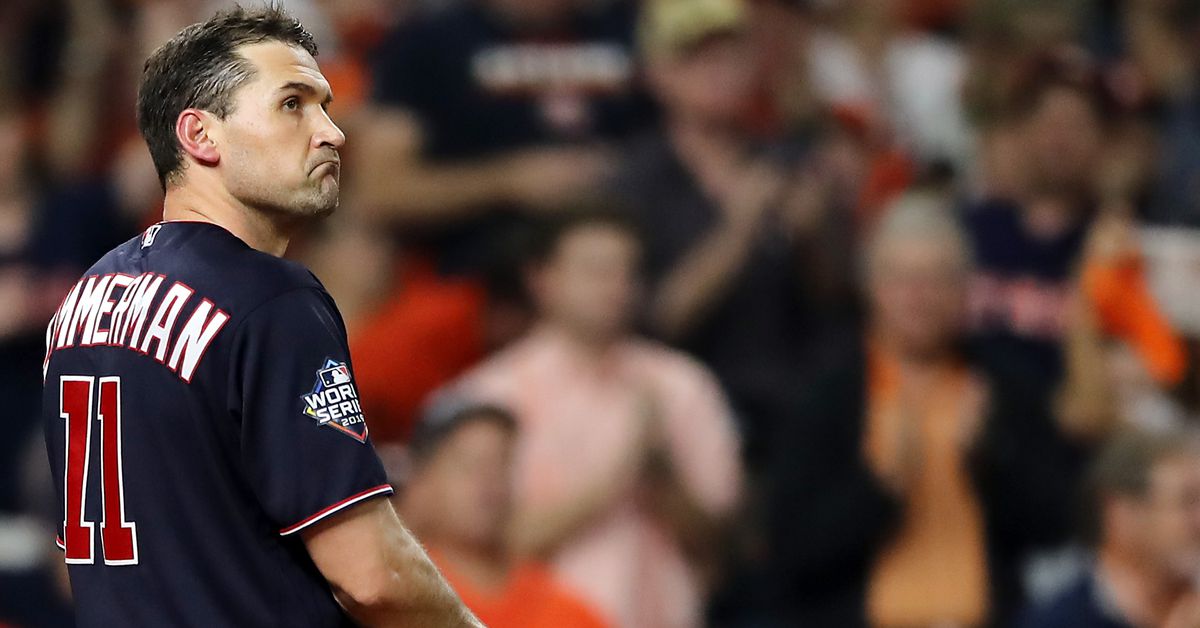