No. 6 Ohio State proved its undefeated start wasn't a mirage with a 74-49 road win over No. 7 North Carolina in the ACC/Big Ten Challenge.

Duane Washington Jr. led all scorers with 18 points, but it was the defense that came through with another strong effort to help the Buckeyes (8-0) earn their biggest win of the season. The visitors led by just two points at halftime but dominated the second half with a 45-22 advantage to secure the win.

Though Ohio State had been dominating opponents, most of the games came on home court against inferior opponents. That wasn't the case Wednesday, as the Big Ten squad took care of business at the Dean Smith Center.

Cole Anthony did his job with 15 points, but it wasn't enough for North Carolina (6-2) to avoid a second loss in the last three games.

While some might have questioned the competition, Ohio State has been dominant defensively this season while keeping every opponent under 60 points. The squad entered the day with the No. 2 adjusted defensive rating in the country, per KenPom.com.

The Buckeyes showed against North Carolina that the defense is legitimate.

UNC was completely shut down in the first half, shooting just 28.6 percent from the field. Although the score was close, it was only thanks to the Ohio State turnovers.

10 turnovers and OSU leads at half at UNC. That's how good OSU has been on defense, and how poorly UNC may shoot it this year.

The passing was better for the Buckeyes in the second half, creating better offense while Washington continued to make big shots from beyond the arc.

What was constant, however, was the defense, as North Carolina had few easy looks at any point in the game. The Tar Heels were forced to take bad shots almost every time in the half court, finishing 27.4 percent shooting overall and only getting energy when the backups came into the game.

Ohio State's got a dangerous team...

Missed the first half and that’s probably a good thing because it sounded sloppy, but Ohio State has looked like a top 5 team so far in the second half. These Buckeyes are no joke.

While North Carolina hadn't been great offensively this season, the Buckeyes showcased a defense that will take them far this year.

Anthony was reportedly under the weather pregame and was questionable to even play, per the ESPN broadcast. He then took a hard hit during the game that caused him to bleed from his forehead.

Still, he remained the constant go-to option for North Carolina.

The Tar Heels had already been struggling offensively this season, and the team got weaker when Armando Bacot went down with an ankle injury in the first half. He never returned after playing just seven minutes, scoring two points.

This was a significant loss for UNC considering Bacot's contributions in recent games.

Let’s hope Armando Bacot is OK. Looks like ankle injury. This is a tough loss for UNC — which doesn’t exactly have a ton of scoring weapons.

Let's hope it's not too bad. Heels have been having a tough time generating offense outside of Cole Anthony https://t.co/hO0WEkx2Xj

Anthony tried to pick up the slack but struggled as a shooter, finishing 4-of-15 from the field. He was just 2-of-10 in the first half with North Carolina held to 27 points.

The freshman did showcase his ability at times, though, including back-to-back threes in the second half to get UNC back into the game.

Cole Anthony's last two 3s feel similar to Notre Dame in the opener when he took over offensively. Carolina needed it then and does now down 39-36 15:36. Anthony with team-high 15 pts

@The_ColeAnthony Mama there goes that man!!!!

#UNC is really struggling to score. It’s been all Cole Anthony and that’s it.

Unfortunately, there just wasn't enough help around him, as no one stepped up in Bacot's absence.

Second-leading scorer Garrison Brooks was held to eight points while no one else reached double figures. Outside of a short spurt from the end of the bench, it was a quiet night from the home team.

As well as Anthony has played this year, the Tar Heels will have a disappointing season without more help around him.

The schedule doesn't get any easier for North Carolina, which will go on the road to face No. 5 Virginia on Sunday. Ohio State will open up conference play Saturday with a home game against Penn State.

Check out the major reshuffling of Top 25 👉

Virginia Loses to N.C. State at Home for First Time Since '05

Virginia Loses to N.C. State at Home for First Time Since '05

Bennett Conlin
via The Daily Progress

Scarlet Knights haven't appeared in the NCAA tournament in 29 years... 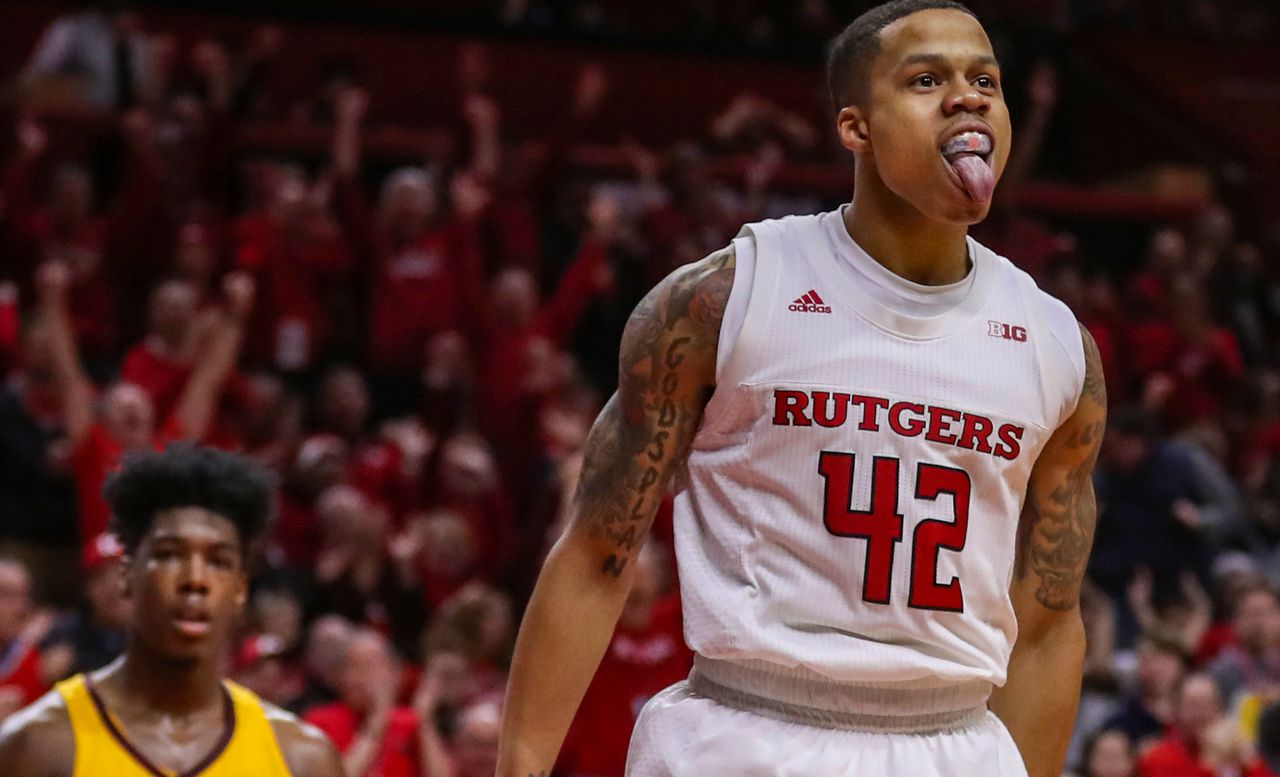