Alabama's quest for a College Football Playoff berth is all but over after the Crimson Tide lost 48-45 to Auburn in the Iron Bowl on Saturday at Jordan-Hare Stadium in Auburn, Alabama.

Since the playoff's inception in 2014, Alabama has qualified for the semifinals every year. That streak will likely end after the Tide suffered their second loss of the season.

Along with ruining the national title hopes of its biggest rival, Auburn grabbed Iron Bowl bragging rights for the second time in three years.

Entering Saturday, Auburn was allowing 306.5 yards per game, 14th in the FBS, and ranked fourth in SP+ defense, per ESPN's Bill Connelly. But the 23-20 loss to LSU showed the Tigers defense isn't impenetrable. Joe Burrow threw for 321 yards, while Clyde Edwards-Helaire went for 136 yards on the ground.

It quickly became apparent Saturday the 2019 Iron Bowl would be an offensive bonanza, with the outcome likely decided by which team could get a critical fourth-quarter stop.

Much like the Tide's unit, the Auburn defense had a night to forget. When the time came, however, it kept Alabama out of the end zone when the Crimson Tide had a 1st-and-goal from the 9-yard line.

The Tigers defense was also responsible for 14 points thanks to a pair of pick-sixes.

In a moment that was contentious at the time and grew in significance after Bulovas' missed field goal, Anders Carlson connected on a 52-yard field goal as time expired in the first half to bring Alabama to within four points.

It appeared the Tigers wouldn't have enough time to spike the ball to stop the clock and send out the field-goal unit. A video review stopped the game and allowed Auburn to line up for the attempt, though. Nick Saban's anger over the situation was visible before he headed for the locker room, and one could argue he had a good reason to be frustrated.

"Nick Saban on the sideline, not a happy guy." https://t.co/fV2fRPObJg

It is absurd that had the clock been administered normally Auburn would not have had time to get off a spike but since it wasn't they were allowed to kick a field goal instead.

Bo Nix has shown that Tua Tagovailoa and Trevor Lawrence are the exceptions rather than the rule when it comes to true freshmen leading the offense on teams with title aspirations. In an up-and-down first year, Nix has shown flashes of the quarterback he can become, and he didn't make any critical mistakes Saturday.

In addition, JaTarvious Whitlow only carried the ball 16 times but averaged 7.1 yards per carry, which provided much-needed support for Nix and the passing game.

This was Alabama's first real test since Tagovailoa's season-ending hip injury Nov. 16. The Tide were ahead 35-7 on Mississippi State when he got hurt, and playing Western Carolina was a tuneup ahead of the Iron Bowl. Mac Jones finished 10-of-12 for 275 yards and three touchdowns in a 66-3 victory over the Catamounts, which didn't reveal much.

As many on Twitter were quick to point out, Jaylen Waddle is the fourth wideout in Alabama's passing game. The sophomore entered Saturday with more return yards (494) than receiving yards (455).

Waddle had an Iron Bowl to remember.

He returned a kickoff 98 yards for a touchdown in the second quarter to help tie the game at 17. Then he had a 58-yard touchdown reception as Alabama went ahead 31-24.

AMAZING. This Jaylen Waddle touchdown return is a work of art. https://t.co/4ZcGsgYp42

Jaylen Waddle probably ran for this touchdown faster than the time it took to type out this tweet. https://t.co/sQr2SrCBlL

Waddle wasn't done, catching a pair of touchdowns in the second half, the latter of which required a bit of acrobatics.

As much as Tagovailoa meant to Alabama, Waddle's big day was a reminder of how deep the offense is.

Jaylen Waddle gotta be on the all time misleading names list

Saban had an ulterior motive when he called Auburn—not No. 2 LSU—"the best team" the Crimson Tide have faced in 2019. He needed to do whatever he could to convince the playoff committee to put his team in the semifinals.

That's no longer a problem, and he largely has his defense to thank.

Wait, did the announcer just say Alabama is making a statement for the points they scored on Auburn’s defense and totally neglect the Swiss cheese that has been Alabama’s defense?

So Mac Jones is earning respect in this game. But have we lost enough more respect for this very mediocre Alabama defense?

The Crimson Tide allowed 354 yards, which isn't a gaudy total. But Auburn scored on three of its first four possessions to open the second half. Shaun Shivers' 11-yard touchdown run was particularly pivotal as it came on a 3rd-and-5.

By holding Auburn to a field goal, the Tide would've still had the lead after Bulovas' miss.

Alabama and Auburn will play the waiting game to see where they'll be bowling. An Iron Bowl victory may not be enough for the 9-3 Tigers to earn a New Year's Six berth. 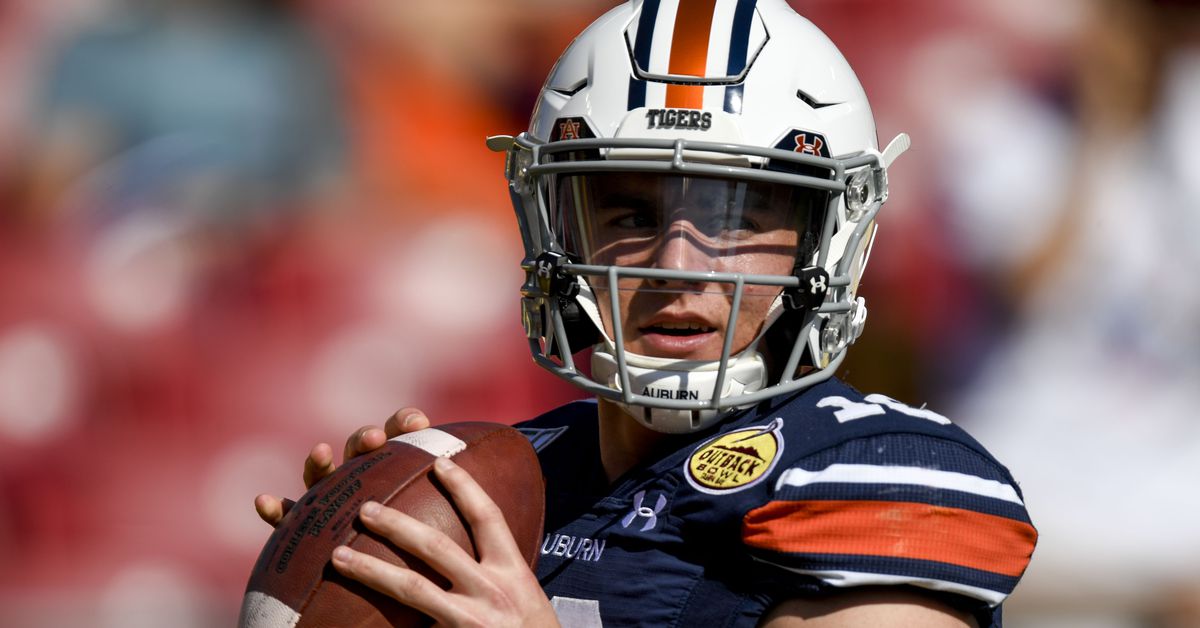