Curry told Monte Poole of NBC Sports Bay Area he's mostly missed the camaraderie of being in the locker room around teammates getting ready to play a game since suffering the injury in late October.

"Three months is—and I'd only played three-and-a-half games—just weird," he said. "It's unfamiliar territory. I'm enjoying the downtime, because it was unheard of, in my experience, in the middle of a season. It's just weird."

It's the third significant injury of the two-time NBA MVP's career. He sat out 40 games during the 2011-12 campaign because of ankle problems that eventually required season-ending surgery, and he missed six weeks of action in 2017-18 while recovering from a sprained MCL in his left knee.

Curry explained part of the disappointment stems from an initial diagnosis that suggested he might only miss around a month, per Poole.

"There was the potential for it to be a five-week injury, if it's just a certain type of break," he said. "And at first, they couldn't really see it. And it was said out loud that it could be a five-week timeline. I was like, 'OK, I can handle that.'" 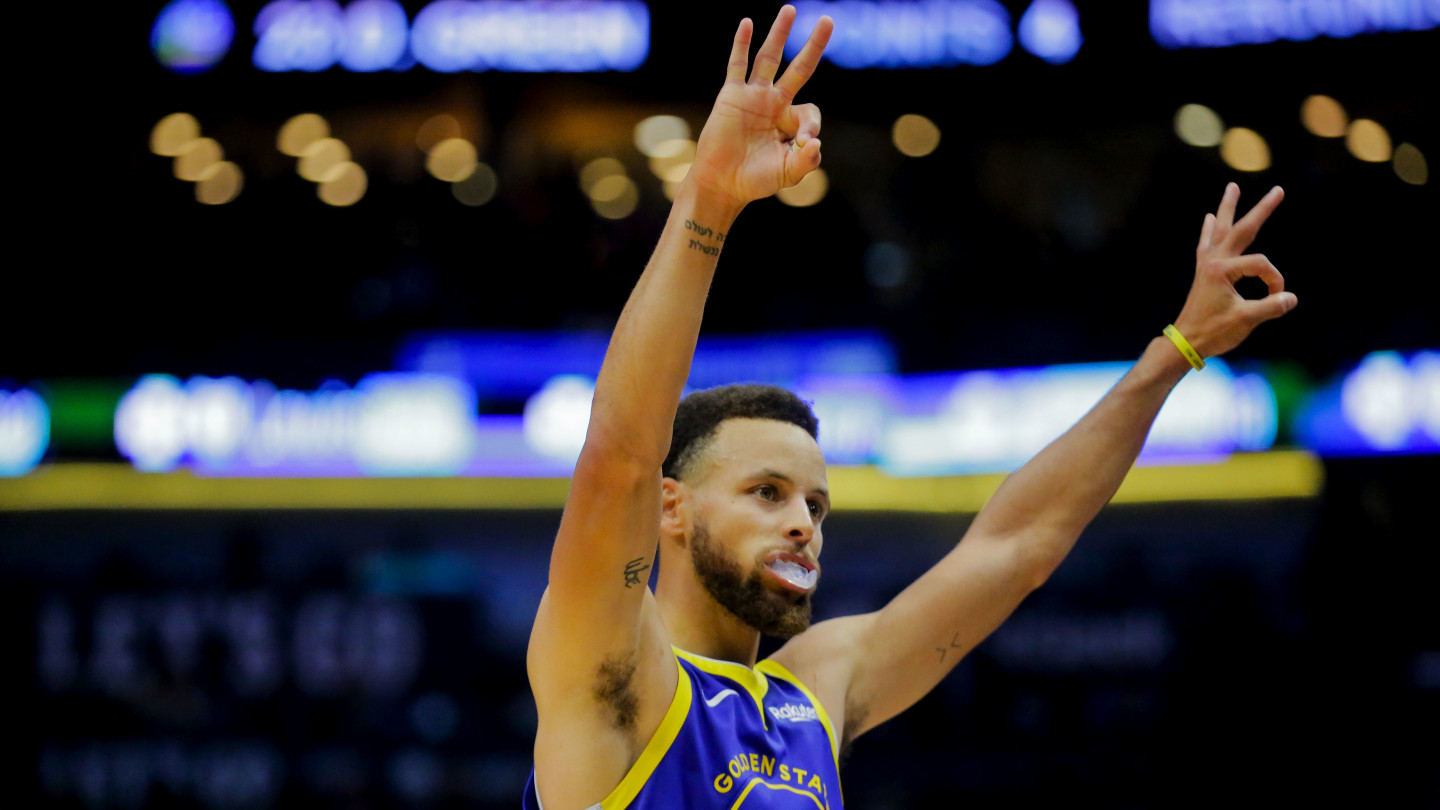 Further evaluation determined the injury would require surgery with pins inserted in the broken hand, which extended the timetable to three months.

It was a setback the previously dominant Warriors couldn't afford. Kevin Durant, Andre Iguodala, DeMarcus Cousins and Quinn Cook headlined a high-profile group of offseason departures, while Klay Thompson re-signed but is expected to miss the entire 2019-20 season because of a torn ACL.

D'Angelo Russell, who was acquired in the sign-and-trade deal that sent Durant to the Brooklyn Nets, is also out with a thumb injury.

In turn, it comes as no surprise the Warriors have slid to the bottom of the NBA standings with a 4-16 record, which gives them just a one percent chance of making the playoffs, per FiveThirtyEight.

Those fading postseason hopes combined with the chance of landing a high pick in the 2020 draft means the Warriors are likely going to play it safe with Curry.

He's clearly missing the opportunity to play, but the best thing for the Dubs over the long haul is making sure he doesn't suffer any setbacks and securing a top prospect from next year's draft class. Curry, Thompson, Draymond Green and an instant-impact rookie can make some noise in 2020-21.

So while the timetable suggests the three-time All-NBA First Team selection could return in late January or early February, the organization may opt to keep him out through the All-Star break in mid-February and limit his minutes once he's back on the floor.