Marquette guard Markus Howard went off for 51 points in a 101-79 win over the USC Trojans in the Orlando Invitational semifinal on Friday:

Markus Howard goes for 5️⃣1️⃣‼️ The @MarquetteMBB star is the first player in @BIGEASTMBB history with back-to-back 40pt games! 😱 https://t.co/Pz28rmJIHs

As the NCAA March Madness Twitter account noted, he's the first player in Big East men's hoops history to score 40 or more points in back-to-back games. Howard dropped 40 against Davidson in the quarterfinals on Thursday.

The senior could have broken his own single-game mark once again, but head coach Steve Wojciechowski took Howard out with 5:35 remaining. The matchup was in hand at that point, with a Howard and-one layup giving Marquette a 92-62 edge before the substitution.

Howard will attempt to continue his scorching-hot stretch against No. 5 Maryland in the Orlando Invitational final on Sunday at 1 p.m. ET. ESPN will televise the game.

Golden Eagles advance to semifinal in The Basketball Tournament 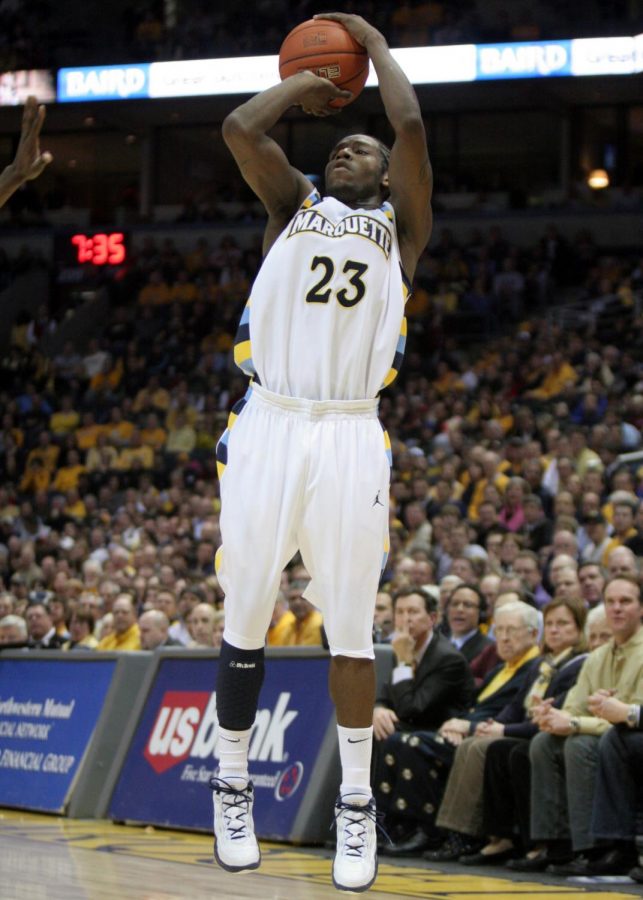 Golden Eagles advance to semifinal in The Basketball Tournament

Marquette back in semifinals of The Basketball Tournament

Marquette back in semifinals of The Basketball Tournament