Maybe there's some kind of life lesson buried inside this week's surprise storyline that former UFC title challenger Nick Diaz wants to come back to the Octagon to exact revenge on Jorge Masvidal because of the latter's third-round stoppage of younger brother Nate Diaz at UFC 244.

Might it go something like this? Never fight one of Diaz brothers unless you plan on fighting both.

Regardless, Nick suddenly and shockingly burst back on to the MMA scene Monday, when the 36-year-old told ESPN's Ariel Helwani during an interview that he was eyeing a UFC return in 2020.

Diaz said the only opponent he wanted was Masvidal, something Diaz's manager later confirmed to Helwani, and he made it clear why Gamebred was his focus.

"The BMF... that's my belt. You just fought my baby brother." @nickdiaz209 feels the BMF belt was his all along (via @arielhelwani) https://t.co/7f1wZTyRQO

Diaz hasn't fought since 2015 when he lost a decision to Anderson Silva. That fight was later ruled a no-contest after Silva tested positive for banned substances. Diaz also failed a drug test for marijuana metabolites and was suspended by the Nevada Athletic Commission for 18 months after the initial five-year suspension was reduced.

But all that seems so long ago, mostly because Diaz pretty much disappeared from MMA.

Now the elder Diaz, perhaps the UFC's OG, appears primed for his own BMF battle against Masvidal sometime in 2020. At least, that's what will happen if Diaz gets his way.

So there's just one question up for debate among the B/R MMA crew: Should Nick Diaz come back to fight in the UFC?

Tom Taylor: I love Nick Diaz as much as the next guy, but I don't want to see him fight again.

The simple reason for that is that I don't think he wants to. Yes, he seemed to express interest in exacting revenge on Masvidal, but he sure didn't seem certain. In fact, when he was asked in the same interview whether he was interested in fighting again, his response was "absolutely not."

It's not the first time the elder Diaz bro expressed this sentiment, either. Earlier in 2019, in a video shared to his Instagram story, he told his followers: "I don't want to hurt nobody. I just want to party."

That's not the kind of thing you want to hear from a professional fighter, particularly one who's being discussed as the next opponent for the newly crowned BMF, Masvidal.

Throw in the fact that Nick has not fought since January 2015, and there's even more reason to believe he would be in over his head against Masvidal—or any other top welterweight, for that matter. Sure, ring rust doesn't seem to affect the Diaz brothers the same way it affects other fighters—Nate recently returned from a three-year hiatus as if he had only been gone a month—but Nick has been out for almost five years.

Half a decade, people. That's like half a century in Fighter Years.

Maybe he could come back and wallop Masvidal to become the lineal BMF champ. Maybe he could even go on to become the undisputed UFC welterweight champ in 2020. The potential for a tough loss is massive, though, and there's no reason for him to risk it.

Somewhere in his garage or in one of his closets, perhaps hanging among some old Affliction T-shirts and his nunchucks, there is a Strikeforce belt. Even if he's lost that piece of hardware, we all know how good at fighting he was in his prime, and that he was one of MMA's original BMFs.

When aging fighters stage comebacks, we often hear phrases like "he's got nothing left to prove." It gets a little repetitive, but in Diaz's cause, it's irrefutable. He really has proved himself, and considering he seems to have no solid, long-lasting will to fight, I see no reason that he should.

Enjoy your retirement, Nick. You don't even need to make that retirement official—just ride off into the Stockton sunset and enjoy yourself.

Scott Harris: No! Nick Diaz, if you're reading this, don't fight again, dude. I have serious concerns this is about to go into "Michael Jordan playing for the Washington Wizards" territory. And I know how scary that prospect is. I'm sorry to report that I attended several of those Wizards games.

But can I first say that the wider MMA media's coverage of this is getting a little, I don't know, breathless? How many news cycles is this going to feed? The Diaz brothers are legends, but is the form following the function in how this is being reported? Frankly, it's a little exhausting.

In defense of basically myself, this may be the symptom of a wider cause we're now facing more closely than before: Nick Diaz is no longer the guy we remember from all our internal highlight reels. It's as simple as that.

One important caveat: Diaz has more than earned the right to fight whomever he pleases, including Masvidal. I'm a fan. I'll watch. Who knows? He might even win. I'm not counting him out as a fighter. But people age and they change. And Diaz, who first fought professionally in 2001 at the age of 18, has taken on plenty of mileage, to put it mildly.

Diaz also strikes me as a guy who knows how to take advantage of downtime. He's also said repeatedly he doesn't like to fight. If I'm Diaz, where's the upside in fighting Masvidal? He and Nate likely have all the money they will ever need, they are famous, they are still young and they are two of the baddest BMFs on the planet.

Those are the facts, and even if Nick fights anyway, those facts remain. And that reality can wear away the rather considerable edge a person needs to step into a cage in front of 20,000 people and tear off another person's head while attempting to stop said person from doing the same to them.

Could Diaz still have it? Of course, he could still have it. There's only one way to find out. The question for any observer is, do you want to find out? I don't. I like my Nick Diaz highlight reel the way it is.

Lyle Fitzsimmons: First things first, let's get this on the record.

I respect Scott. I admire Tom. I'm proud to play alongside them on the B/R MMA team.

But it would be difficult to disagree with them here any more than I already do.

Hell yes, Nick Diaz should fight in the UFC next year. Furthermore, hell yes I'll be watching if it happens.

And here's why. Contrary to my esteemed colleagues' mirroring opinions, this isn't about whether Nate's older brother is in his prime. He's not. And it's not about whether he will be a significant underdog if/when the Masvidal fight gets made in 2020. It's a Namath-level guarantee.

No one approaching their right mind would argue either point. But this one isn't about comparing competitive peaks or analyzing tales of the tape.

Save that for Fight Night shows on premium cable.

Instead, when it comes to Jorge vs. Nick, it's about melding the elements that elevate an event from must-see status among hardcore UFC fans to can't-miss status for the sports-watching mainstream.

Exactly the sorts of things that come with a Diaz on the pay-per-view marquee.

Lest we forget, baby bro Nate Diaz was little beyond an afterthought when he jumped in just 11 days prior to meeting Conor McGregor in 2016. He had lost three of his previous five fights—two by unanimous decision, one by TKO—and entered the Las Vegas Octagon anywhere from a 3- to 4-1 underdog.

Two rounds later, he was a legend. And when the rematch arrived, he was a PPV money machine.

Is there a chance that Nick, with his prolonged absence from combat and proclivity for full-tilt living, winds up on the short end of a competitive mismatch? Absolutely. But the chance he ratchets up his born-to-fight pedigree and creates an instant classic throwdown is by no means small in comparison.

Regardless of where it falls on the continuum, it's almost certain to be memorable.

And as far as I'm concerned, it's too good a long-shot circus to pass up.

Kelsey McCarson: So many great points have already been made, but the most important one that comes to my mind whenever the topic about whether an older fighter should continue their career or make a comeback after being away for a few years is this: Who am I do say?

I wasn't there when Diaz first went to the gym. Nobody asked me when he first started sparring or entered the cage for the first time. Heck, once he made it to the top of the sport, nobody in Diaz's camp wanted to know my opinion on which fights he should take or how main hours a day he should train or what he should or shouldn't eat.

And nobody should have, either, because Diaz, along with other fighters who find themselves in similar positions, did all that stuff himself.

So the way I see it is simple. Diaz is a fighter, and a fighter's life is as difficult as it is brief. Unlike other professions, fighters have to make the most amount of money as quickly as possible because somewhere along the line, their bodies break down to the point that they can no longer compete.

Nobody knows how Diaz might look after being away from the sport for so long. Maybe he's too old now. Maybe his skills have eroded enough that he wouldn't be competitive. Maybe he no longer has that inner fire that made him great.

Or maybe the long rest has rejuvenated him. Maybe he would come back and be the best fighter he's ever been.

So for me, if Diaz wants to fight again, the UFC wants to offer him the chance to do it and he passes all the medical tests he has to pass, there's no need for me chime in on whether I think it would be a good idea.

Because in the end, Diaz is gonna Diaz. And that's exactly how things should be. 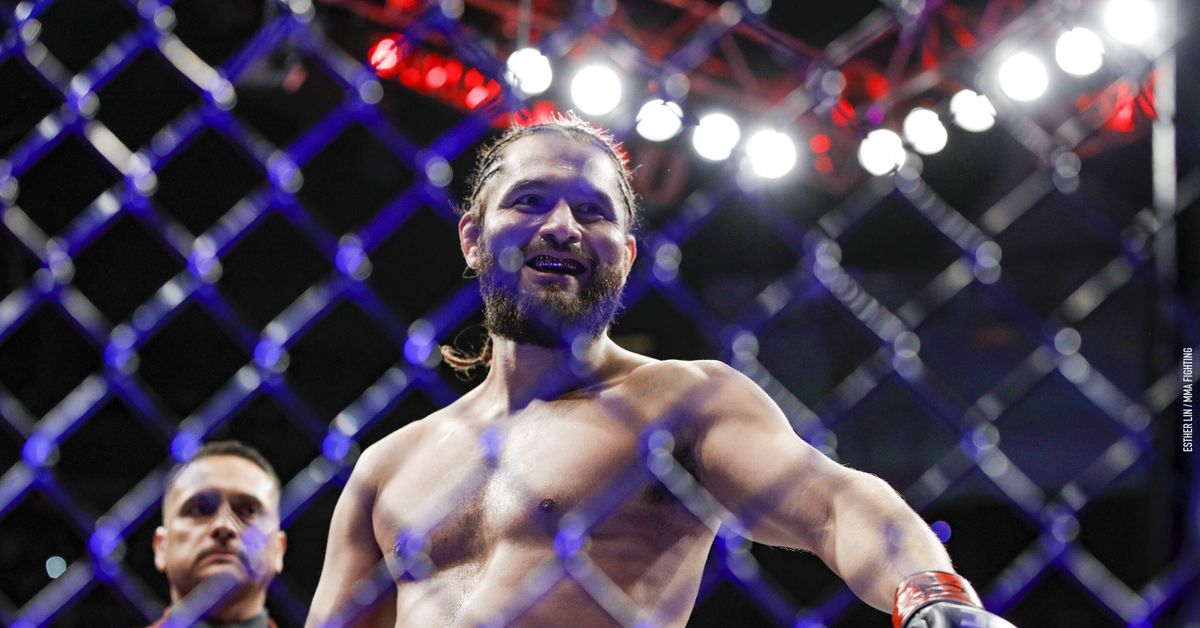