The second day of the 2019 Breeders' Cup at Santa Anita Park in Arcadia, California, on Saturday is headlined by the Classic, but there are nine races in total during the day.

With a stacked field including top contenders such as Code of Honor, McKinzie, Vino Rosso, Higher Power and Elate, there are big expectations for this year's Classic on the heels of Arrogate upsetting California Chrome when the Breeders' Cup was last held at Santa Anita in 2016.

Here is a rundown of the results and payouts for every race on Saturday's schedule as they conclude, including the Distaff, Turf and Classic.

Favored Covfefe, who is named after a famous Twitter gaffe by President Donald Trump in 2017, came in first thanks to a strong outside push.

Come Dancing was expected to be a factor at 2-1, but she finished well off the pace in sixth.

Trainer Peter Miller continued his dominance of the Breeders' Cup Turf Sprint on Saturday, as 14-1 shot Belvoir Bay helped him win the race for the third consecutive year.

Another Miller-trained horse in gelding Stormy Liberal was looking to win the Turf Sprint for the third consecutive year, but he had to settle for an eighth-place result.

After Spun to Run went to the front early, Omaha Beach made his way through the field and got as high as second, but never posed a true threat to the winner:

Blue Chipper also wasn't much of a factor in a race that was dominated by Spun to Run, but the Flavien Prat-guided horse did manage a third-place finish.

Defending Breeders' Cup Filly & Mare Turf Sistercharlie was no match for Iridessa in this year's race despite being the prohibitive favorite.

Sistercharlie could only muster a third-place finish, while 13-1 Iridessa held off 9-2 Vasilika for the win after they both chased down Mirth late in the race:

Iridessa trainer Joseph O'Brien made history as well, becoming the youngest trainer to ever win a Breeders' Cup race at the age of 26.

Second-choice Mitole came from off the pace to chase down favorite Shancelot and pick up the win Saturday in the Breeders' Cup Sprint:

There wasn't much money to be made with the top two choices since they were the clear horses to beat, but Whitmore made things interesting by grabbing third at 19-1.

The win was a historic one for Mitole since neither trainer Steve Asmussen nor jockey Ricardo Santana Jr. had ever won the Sprint previously.

Uni flew past the lead pack down the stretch to surpass race leader Got Stormy and take home the TVG Mile:

Uni, Got Stormy and Circus Maximus were considered the top three favorites entering the Mile, and the chalk held as Uni and Got Stormy separated themselves from the field by race's end.

Chad Brown earned win and show honors as the trainer of Uni and Without Parole.

Blue Prize pulled off the upset over even-odds favorite Midnight Bisou to win the Distaff:

Serengeti Empress impressed by pacing the field for much of the race, but Blue Prize chased the leader down and held off a late Midnight Bisou charge for the victory.

Jockey Flavien Prat earned his fifth show or place result of the day after guiding Serengeti Express to third.

Bricks and Mortar made his case to be the Horse of the Year by winning his sixth start in an undefeated 2019 season at the Breeders' Cup Turf.

All class! Bricks And Mortar wins the $4m @LonginesEq @BreedersCup Turf for Chad Brown and @iradortiz… #BC19 https://t.co/f5hGuWbDti

Bricks and Mortar entered the race as one of three favorites alongside 3-1 Anthony Van Dyck and 4-1 Old Persian, but it was 20-1 United who nearly upset the field. However, a late Bricks and Mortar charge led the undefeated horse to beat the challenger by a head.

With the win, trainer Chad Brown earned his second victory of the day, having also guided Uni in the Mile.

Vino Rosso beat pre-race favorite McKinzie with a strong closing run, but tragedy struck as Mongolian Groom suffered a left hind injury and was immediately taken to the on-site Equine Hospital at Santa Anita, per Dr. Al Ruggles in a post-race interview with NBC Sports.

Randy Moss of NBC Sports said that Mongolian Groom's injury did not appear to be minor.

As for the race, Jockey Irad Ortiz Jr. won his fourth Breeders' Cup event of the weekend. The victory also marked trainer Todd Pletcher's first at the Breeders' Cup. 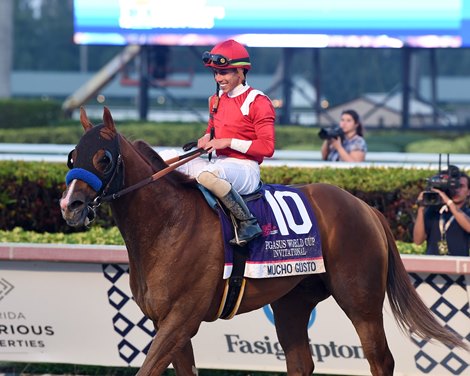 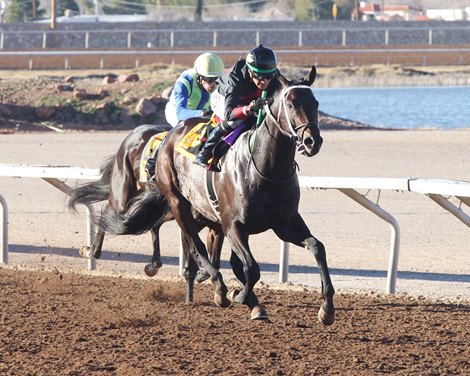 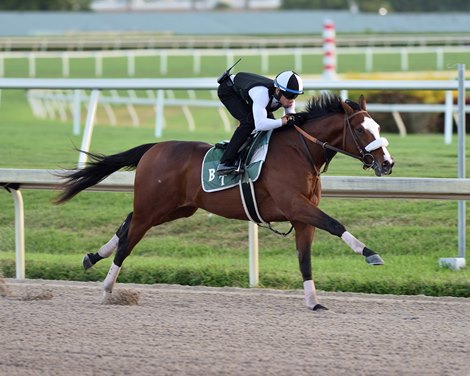 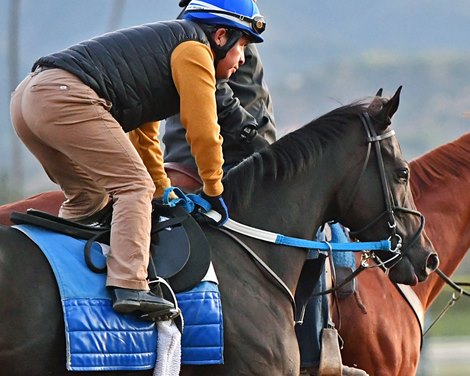