The NBA season has just started, and given the wild offseason and recent extension of league-wide trade target Bradley Beal, the rumor mill is as quiet as it's been in years. But one team for whom rumors never stop swirling is the Los Angeles Lakers.

Even though they traded for Anthony Davis as recently as June, and he looks as good as ever through two games, speculation is starting to emerge about his future with the team. He's still expected to re-sign with the Lakers next summer, but as Sam Amick of The Athletic reported:

"As one person close to him said when asked to explain how people should see the Lakers' chances of retaining Davis here, 'Just don't f--k it up.' Translation: They're all alone in pole position, but you still have to get it over the finish line without the car going up in flames. And considering the Lakers are coming off a season that included an epic level of dysfunction and led to Magic Johnson's bizarre exit, the notion that the tires might come off again should always be taken into consideration."

This should not be a cause for concern for the Laker fans out there. Despite a strange, unbalanced roster, the Lakers are virtually guaranteed a playoff berth and boast as high a ceiling as any team in the NBA given the talents of Davis and LeBron James.

But GM Rob Pelinka can still make sure Davis feels as comfortable as possible by making some personnel changes as the season progresses.

Perhaps the biggest rumor throughout the NBA is that of Andre Iguodala donning the purple and gold this year. The erstwhile Golden State Warrior is on the Memphis Grizzlies roster but has telegraphed his preference to be bought out by the franchise, who are rebuilding and do not expect to be contenders this year. 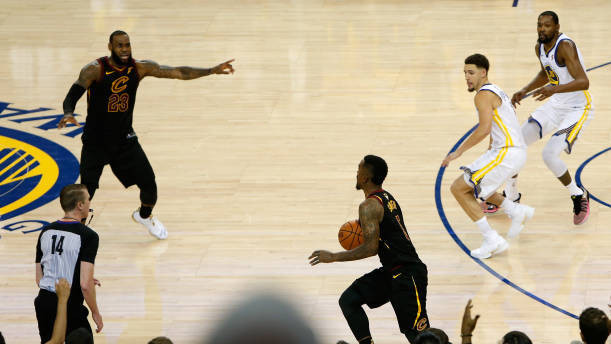 The overwhelming favorite for his services if he is bought out seems to be the Lakers. On a recent episode of The Hoop Collective podcast, ESPN's Jackie MacMullan was quoted as saying that "[Iguodala] is going to the Lakers. I've had four different players tell me that. Every player I talk to tells me that."

If the former Finals MVP is bought out by Memphis, then the Lakers do seem like an intriguing destination for him. They are a potential contender, desperately lack impact perimeter defenders and Pelinka is Iguodala's former agent. Keep an eye out for more related rumors.

Another intriguing Lakers-related rumor is that they will take a long look at former LeBron James teammate JR Smith. Though Smith has not played an NBA game in almost a year, he seems eager to get back into the league, telling a fan on Instagram that he's just waiting for the phone to ring.

And a comeback may indeed be possible for the 15-year veteran. Recently, Yahoo Sports' Chris Haynes joined the Scoop B. Radio podcast and was quoted as saying (h/t Kenny Honaker of ClutchPoints):

"I think the Lakers are giving him a serious look. I think they want to go into the season with the roster they have. "[They want to] check the first 10, 15 games, see how things are going, check the list of numbers and percentages and see what they lack before they decide what they're gonna do."

While Smith is perhaps best known for his infamous gaffe at the end of Game 1 of the 2018 NBA Finals, he and LeBron appear to be close friends, and James might be willing to take a chance to reunite with the mercurial guard if necessary.