On Sunday, third-placed Porto will host the league leaders in Portugal's match of the weekend, but it is not Benfica or Sporting that will make the trip to the Estadio do Dragao.

Instead, it is the little-known FC Famalicao that will make the short drive down to Porto as the country's current top dogs.

How have a newly promoted club, with a stadium that holds just over 5,000 people, managed to climb to the top of the Portuguese table?

They became friends with Jorge Mendes.

The Portuguese agent has his eyes on all corners of the football world, but his home country is where he operates his empire.

Not a single chess piece moves in the domestic football without his knowledge. Mendes has established himself as the go-to guy for every gem wanting a big transfer.

Mendes and his agency, Gestifute, have always used clubs to help move their clients around Liga NOS, with Rio Ave and Braga among his favourites.

However, with Famalicao, things have escalated. The newly promoted team had 51 per cent of their shares bought by the Quantum Pacific Group, whose main stockholder is Israeli billionaire Idan Ofer, in June 2018. When the club was promoted this year, Ofer increased his stake to 85 per cent.

Once again, Mendes was behind the deal—he and Ofer go back a long way and have worked together in acquiring a 32 per cent share in Atletico Madrid, too.

After bringing in highly rated Portuguese sporting director Miguel Ribeiro from Rio Ave, Famalicao have impressed with their recruitment.

In total, they've managed to sign players from Atletico Madrid (three), Valencia (two), Wolverhampton Wanderers (two), Benfica (two) and Braga (one), among others. Not surprisingly, these are all teams with close ties to Mendes. None of the players would likely have joined Famalicao in normal circumstances.

After all, the small outfit had been away from the top flight for 25 years and could be found playing in the semi-amateur fifth tier of Portuguese football as recently as 2009.

One of Famalicao's new faces, Argentinian teenage centre-back Nehuen Perez, was even named in the 40-man list of nominees for the 2019 Golden Boy award.

Mendes' influence has raised some eyebrows, but Ribeiro told Bleacher Report that the criticism "doesn't bother us at all."

"We work in harmony with the whole market," he said. "People complain about an allegedly privileged relationship with Gestifute, but, for us, it couldn't be more positive.

"We actually struggle to understand how someone can give it a negative connotation, make a story out of that. We deal with all sports agencies.

"Our work is obviously independent. We just operate with Gestifute in the market; they don't have any say in any other area of the club."

Mendes' Midas touch remains intact after over two decades in the business.

As Vice once put it, he's still selling the "Portuguese American Dream."

A recent investigation from the Jornal de Noticias newspaper highlighted that Mendes has surpassed the €1 billion mark in player sales from the Liga NOS since the first deal he brokered in 2003, which was Ronaldo's move from Sporting to Manchester United.

He shows no signs of slowing down.

Once described as a bionic man—half-human, half-mobile phone—he's admitted to having spent 18 hours on a phone in a single day, per A Bola (h/t Mais CM). That's how he became one of the most powerful men in football, a born trader who seems to control the world through his earphones, so dominant back in his homeland that few dare to publicly criticise him.

Mendes is always working multiple angles—even while he was sealing Joao Felix's record €126 million transfer from Benfica to Atletico Madrid last June, he was also discussing with his associates whether Lille were a better fit for Rio Ave's on-loan goalkeeper, Leo Jardim, than Monaco.

A former footballer whose career never took off, the 53-year-old has become the man some clubs and even rival agents invite to the bargaining table, as they know he can get deals done for the highest fee possible.

Mendes had not been Felix's agent for most of his career, but when the Portuguese superstar was unveiled at Atletico, he was there sitting in the front row of the press conference.

"I've already told Mendes several times that he has a cab to charge. He has a price, he's a professional, everyone knows he demands 10 per cent for every transfer [he conducts]. There isn't a single person in this country who isn't aware of that," Benfica president Luis Filipe Vieira told TVI (h/t Mais Futebol).

A few weeks after striking Felix's deal, desperate to find an €80 million offer for midfielder Bruno Fernandes, Sporting turned to him at the last minute to try to unlock the situation and seal his move to the Premier League. It proved too late for them; not even Mendes can work miracles.

"If Jorge Mendes had been brought into the talks [before], Fernandes would be already gone," CMTV pundit Sergio Krithinas said.

Sporting left it too late to get Mendes involved in the Fernandes talks, but Famalicao have been reaping the benefits of their relationship with him.

When the Quantum Pacific Group took over the club in the summer of 2018, they had just 15 employees; now, that number has been increased to 60.

The early signs are extremely positive, with the team dubbed "Fama Show" by the Portuguese media, having won six and drawn one of their opening seven league games this season, including a standout 2-1 win away at the Alvalade stadium in Lisbon.

Despite their connections to Mendes, Ribeiro told Bleacher Report they have managed to build such an impressive squad on an annual budget of €7.5 million, around one-tenth of what Porto and Benfica are believed to be operating on.

The elder Assuncao pushed for Mendes to take over his son's future at the end of Gustavo's contract at Atletico.

"We've been friends for a long time—he helped me move from Porto to Atletico Madrid [in 2008]," Assuncao Sr. told B/R.

"He hasn't changed much since then—he remains the same hard-working man who never stops. Whenever we caught up, though, he always mentioned that he's very fond of Gustavo, enjoys his playing style. Therefore, I asked him to oversee his career and take care of it.

"Mendes will surely be there for him, he's the best in what he does, but Gustavo also needs to do his part on the pitch."

Although his control over the Portuguese market has led to investigations into his activities, clubs seem relaxed about doing business with Mendes.

"This country owns him a lot because he handles large transfers and brings money into the country. This is like an export," said former Vitoria de Guimaraes president Emilio Macedo, who oversaw Bebe's departure to Manchester United in 2010.

With a portfolio of hundreds of clients under the guidance of his agency, Mendes has changed his working methods in recent seasons.

As someone who runs an empire from his Porto base, he's no longer able to pay undivided attention to every player. He may still find time to catch a flight to meet Ronaldo in Turin, but don't expect him to head up the road to watch Famalicao's training session.

That means a considerable number of his clients will go through their whole careers having never met Mendes themselves.

Some of them are okay with that, but Portugal international Dyego Sousa insisted on some face-to-face contact before joining the Mendes Club.

"Back in 2017, I was a free agent and had received multiple offers. Several clubs came after me, including one of the big ones [Benfica]. But a representative from Gestifute [Hugo Valdir] advised me that Braga was the best option to accomplish my career goals," Sousa told Bleacher Report.

"I told Valdir, 'What's the point of saying I'm represented by Jorge Mendes if I've never met him? He may know me from TV, know who I am, but that's not enough… If you introduce me to him, we can see.'

"We then set up a meeting and I got to know him at a Portugal friendly in Lisbon. I visited his box, spoke to him and found him a very nice person—he was relaxed, cheerful, joked with me. He gave me the confidence to remain calm while he did his job.

"I wanted to meet the guy most of the players just hear about."

And it worked out superbly for both of them.

After netting 32 goals over two seasons for Braga, the Brazilian-born striker earned a place in Portugal's post-World Cup squad, featured alongside Ronaldo and was then shipped off to Chinese side Shenzhen FC this summer. At 29, he will now be able to build his financial nest egg.

Seeing his clients deliver on the field is important to making sure the revolving door of the transfer market continues to spin for Mendes, but even that is not always paramount.

Mendes has forged what has been widely regarded as his own market, comprised of a set of clubs he uses to place his players, even those who are yet to impress.

Bruno Jordao and Pedro Neto, for example, were loaned out from Braga to Lazio in 2017 in a deal that raised many eyebrows. Despite not racking up massive numbers throughout two seasons with the Italian outlet, the pair of youngsters then found themselves on the move once again this summer. They came close to joining Benfica but ended up at Wolves for a reported combined fee of around €20 million.

With limited minutes of senior football between them, the duo are further evidence that playing time is not essential for Mendes' carousel operation.

Others have gone through a similar path in the past decade.

Brought from Fluminense, now-Liverpool defensive midfielder Fabinho starred in a pre-season friendly for Rio Ave, saluted the fans and never wore their jersey again. He was sent out on loan to Real Madrid's B team and then to Monaco.

Wolves forward Diogo Jota was transferred from Pacos de Ferreira to Atletico Madrid but did not play a single minute for the La Liga giants.

Likewise, Lazio centre-back Wallace trained with Braga for a few weeks after a €9.5 million move from Cruzeiro and was then loaned to Monaco.

None of them ever featured in an official game for the clubs that signed them, but despite criticism from the media and supporters, they seem comfortable with their roles on Mendes' chessboard.

It's the sort of prestige that no other football agent can match, and his clients are not shy in showing their appreciation. None more so than Ronaldo, who was reported to have given Mendes a Greek island as a wedding present by Spanish newspaper Mundo Deportivo.

Whether it is managing his clients or exerting his influence at clubs, Mendes has made himself one of the most powerful men in the game and shows no sign of reducing his appetite.

Not bad for a man who has been labelled "the most expensive baby-sitter in the world."

Why Barcelona need to act to sign striker (Marca) 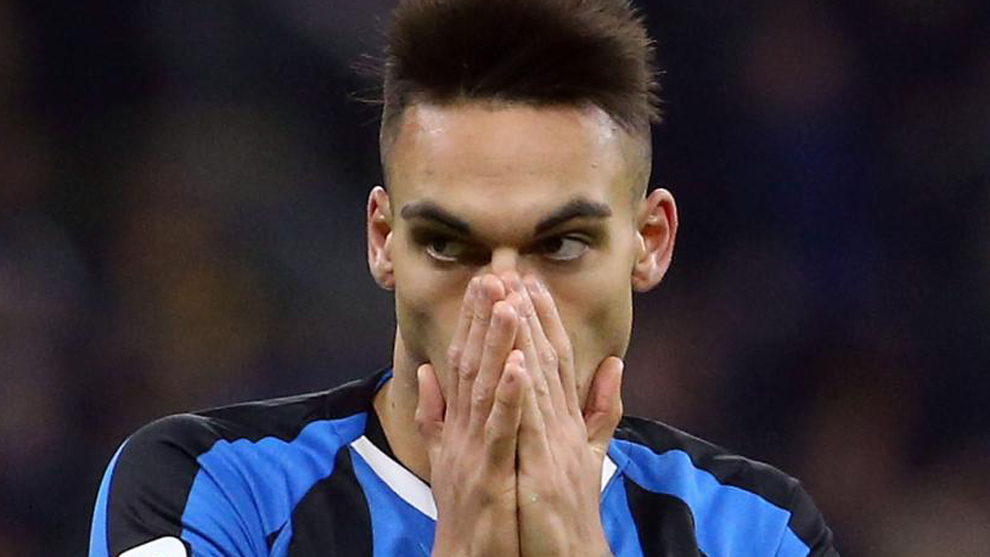 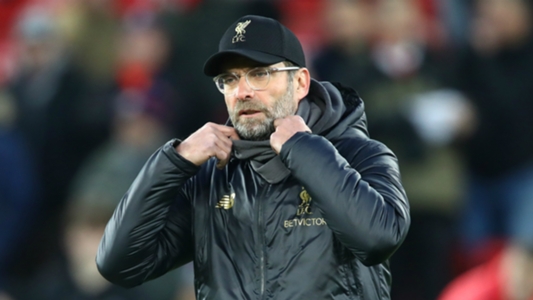