Brown has been suffering from frostbitten feet while battling the NFL to use an old helmet no longer allowed. As a result, his time at training camp has been limited.

However, the wideout made his return to Napa, California, in this episode, and he even gave former AFC North rival (and current teammate) Vontaze Burfict a hug upon his return.

Burfict played for the Cincinnati Bengals before heading west, and he notoriously leveled Brown with an illegal helmet-to-helmet hit in the 2015 playoffs.

Did y'all see that big embrace between Antonio Brown and Vontaze Burfict? Remember when there was chirping about whether they'd coexist? Big smiles between the two when AB arrived. #HardKnocks

However, the helmet issue came to the forefront as Brown no-showed a camp session in the midst of trying to find league-approved headwear. 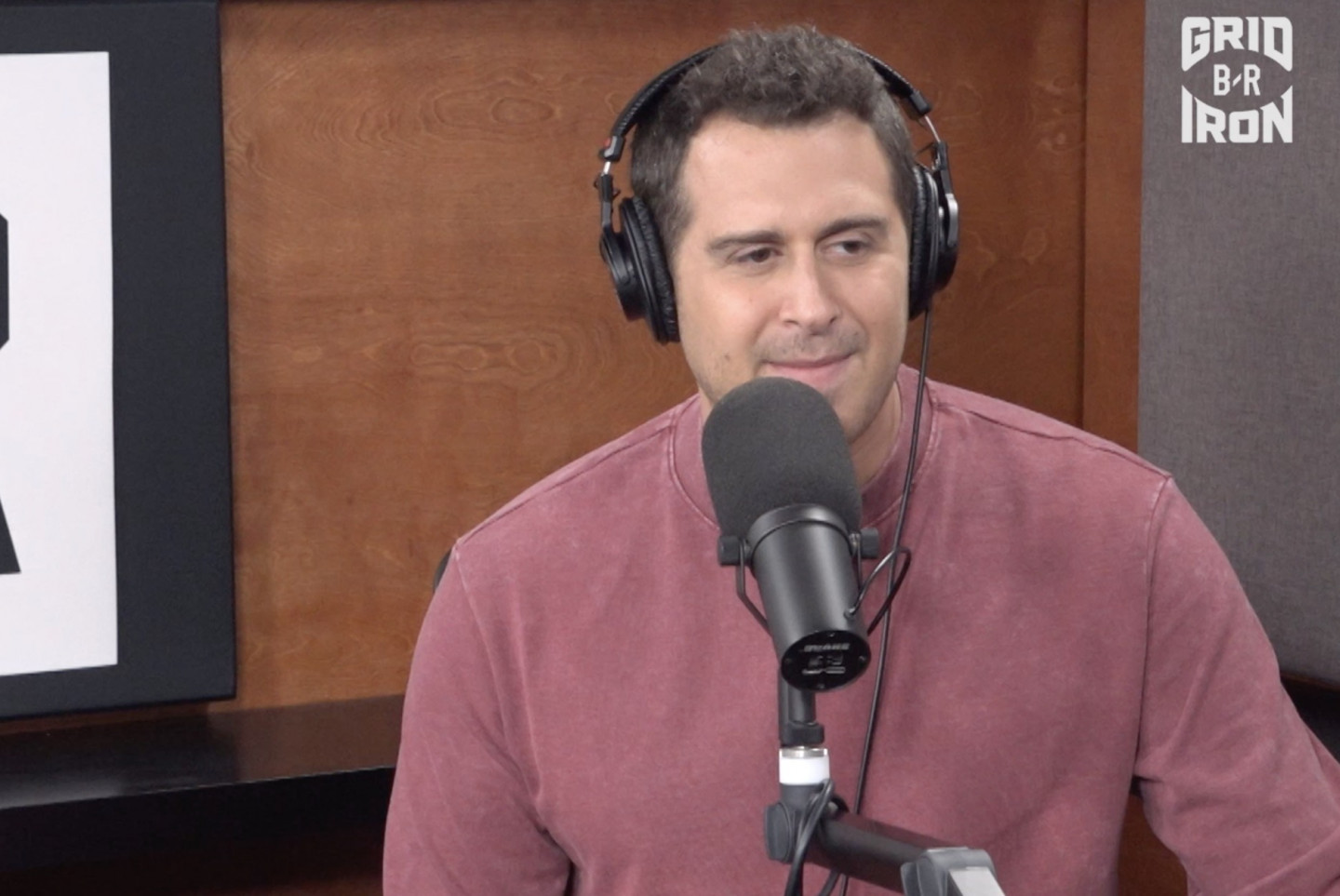 Tonight on #HardKnocks...Gruden brings in a guest close to his own heart. ⁣ @FrankCaliendo https://t.co/wI7fS4hTGt

"Jon Gruden. University of Dayton. I do this s--t for free!" Caliendo said when asked to give his name, school and signing bonus in the fashion of a typical rookie.

Hard Knocks' most profound moment featured potential breakout tight end Darren Waller, who used drugs heavily, bounced back and is in line to be the team's starter come Week 1.

"When I was in Baltimore, I was like a vegetable. I was getting high literally every day. Whatever I could get my hands on." -- Darren Waller Damn. Real. Honest.

The Baltimore Ravens picked him in the sixth round of the 2015 NFL draft out of Georgia Tech. He was suspended for violating the NFL's substance-abuse policy twice: once for four games in 2016 and the second time for a full season in 2017.

The 26-year-old landed on the Ravens' practice squad before the Raiders picked him up in November 2018. In limited action, Waller caught six passes for 75 yards.

Top moment so far: Darren Waller speaking his truth. Rooting for him on and off the field. #HardKnocks #Raiders

Other fans noted how many compliments teammates and coaches provided about Waller during the episode, leading to a belief that his fantasy football stock will be on the rise:

Raiders players say TE Darren Waller is the most underrated player in camp. He played all first-string snaps this preseason &amp; stayed in for all groupings (11, 12, 21 &amp; 22). He caught only 6 passes since 2016, but Gruden said this year he'll get the "chance of a lifetime". 📈📈

Waller is currently listed first on the team's depth chart at tight end.

The episode also featured the Raiders' 33-26 win against the Arizona Cardinals during Week 2 of the preseason. They led 26-0 in the second quarter before the Cardinals closed the gap late.

The penultimate Hard Knocks episode will air Tuesday at 10 p.m. ET on HBO.