Liverpool midfielder Georginio Wijnaldum has played down goalkeeper Adrian's mistake that gifted Southampton a goal in the Reds' 2-1 win over Saints on Saturday.

The Merseyside outfit were heading for a comfortable win at St. Mary's Stadium when the new arrival passed the ball straight to former Reds striker Danny Ings at close range in the 83rd minute.

"Those kind of things can happen with a goalkeeper.

"Last season it happened to Alisson against Leicester City and in a pre-season friendly.

"How is he [Adrian] going to react to the mistake? I think that is more important than the mistake itself.

Adrian joined Liverpool on a free transfer this summer after being released by West Ham United.

He was thrown into action after No. 1 Alisson suffered a calf injury against Norwich City in the opening match of the season.

The Spaniard saved a penalty from Chelsea's Tammy Abraham in a shootout victory in the UEFA Super Cup on Wednesday, but on Saturday his error set up a nervy finish for Liverpool.

Like Wijnaldum, Liverpool writers Scott Groom and Joel Rabinowitz compared Adrian's mistake to one made by Alisson against Leicester early last season:

I think Adrian's mistake could do him good, as Alisson's against Leicester did last season. He'll certainly be more careful from now on as to not do that again, and that's a good thing. Making a mistake as a keeper is always more costly by the nature of the position. #LFC

Shame about the howler by Adrian, but as with Alisson’s vs Leicester last season, at least it didn’t impact the result. He made a couple of brilliant saves prior to that as well.

In that match, the Reds were also 2-0 up when Alisson was caught on the ball by Kelechi Iheanacho, allowing Rachid Ghezzal to pull one back for the Foxes.

The Brazilian was able to put the error behind him, though, and his superb goalkeeping played a key role in Liverpool conceding just 22 Premier League goals last season, the best record in the division.

Adrian isn't on the same level as Alisson, so mistakes will be more common as long as he's between the sticks instead of the No. 1.

It's still early in his Liverpool career, though, and if he can limit the number of such incidents until Alisson returns he can keep the Reds competitive in the meantime.

But it should be no cause for concern

'Henderson Up There with Liverpool’s Great Captains' 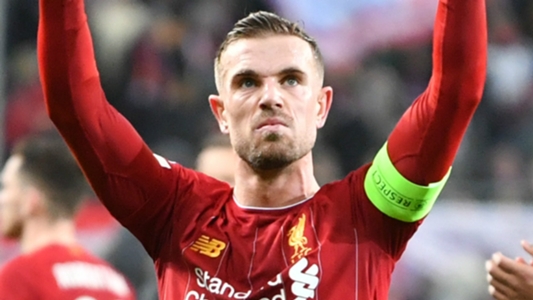 'Henderson Up There with Liverpool’s Great Captains'